A revised version of the Breakfast Bubby, introducing the Bubbly Buddy. This bubbly coated smart device is able to help you make better choices and have fun whilst doing so. Instead of sticking just to the breakfast box shape, this new BB is able to be formed to many different scenarios such as doing homework, or drinking water.

It uses a futuristic 'bubble touch' technology, whereby the 'flexible touch screen' is actually a type of reusable bubble wrap that can be popped. Behind each individual bubble is a RGB LED.

Users set up the mode and then use it for the specific scenario.

In a studying scenario, users might have trouble sticking to good study habits. Using the BB, they wrap the BB around the outside of their notebook. The BB then starts up a game to get their brains warmed up. The game involves users trying to pop the bubble when it lights up. However the speed at which the bubble stays lit gradually gets faster and more difficult. When the user misses the lights, it's game over. The BB will then enter study mode, not disturbing the user until after 25 minutes for a 5 minute break. This would follow the 'Pomodoro timer' technique which recommends users study for 25 minute bursts with a short break in between to maximise brain retention and focus. During the break, the user could choose to play a little game, perhaps just let off some stress by popping bubbles, etc.

Another scenario, drinking water, the BB would wrap around your water bottle, like a cooler, keeping your drink cold/hot. If you struggle to remember to stay hydrated, it would flash up and annoy you until it detects you pick it up and using inbuilt accelerometers, you drinking. This could be a once per hour distraction (more or less) depending on user preference. 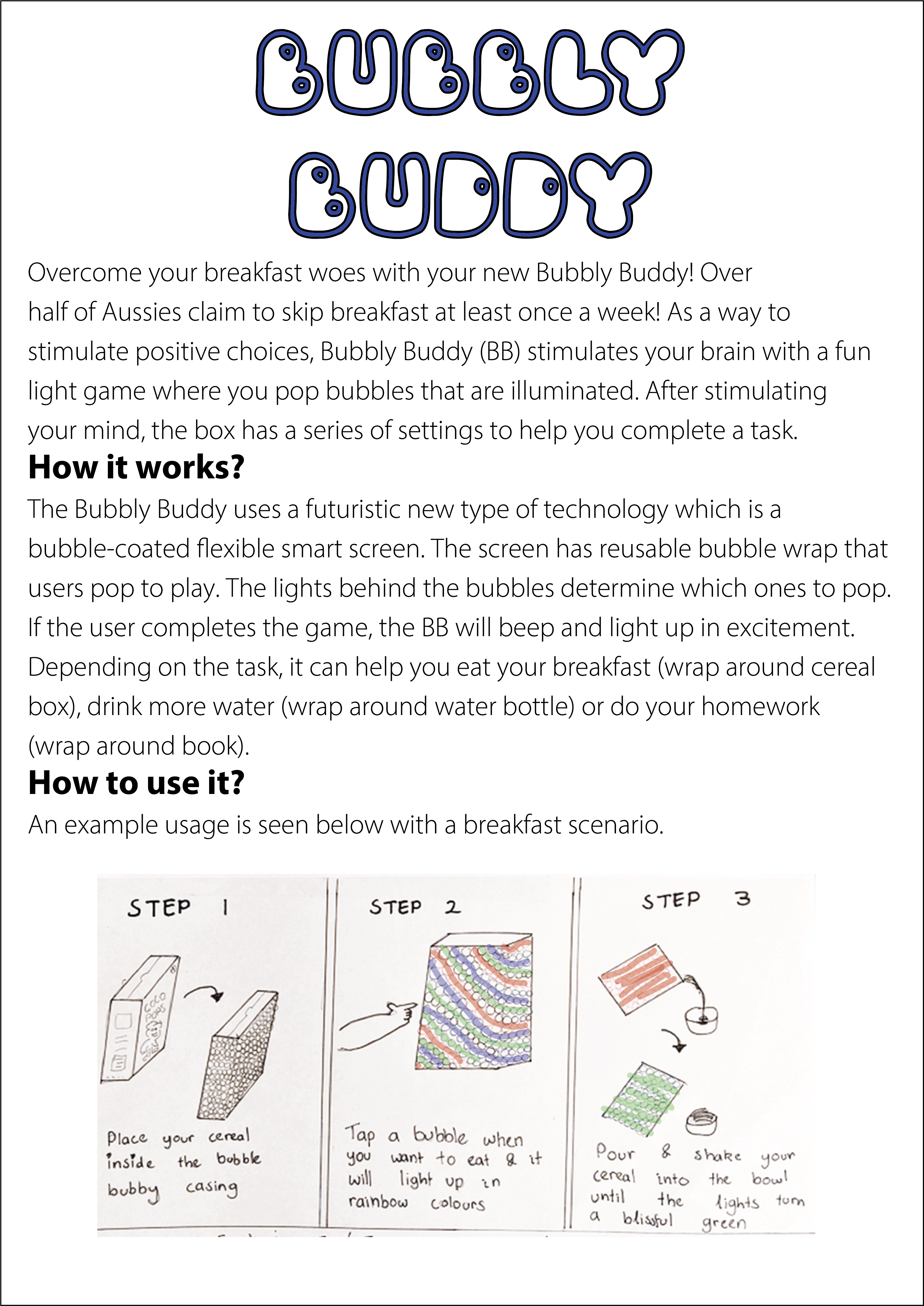