This week started with the soldering induction, which to my surprise was a lot of fun and I learned a lot about it. I had actually done some soldering before, but that's a long time ago and it was nice to freshen up the knowledge. In the end I manage to make a small light device with a working switch and battery. 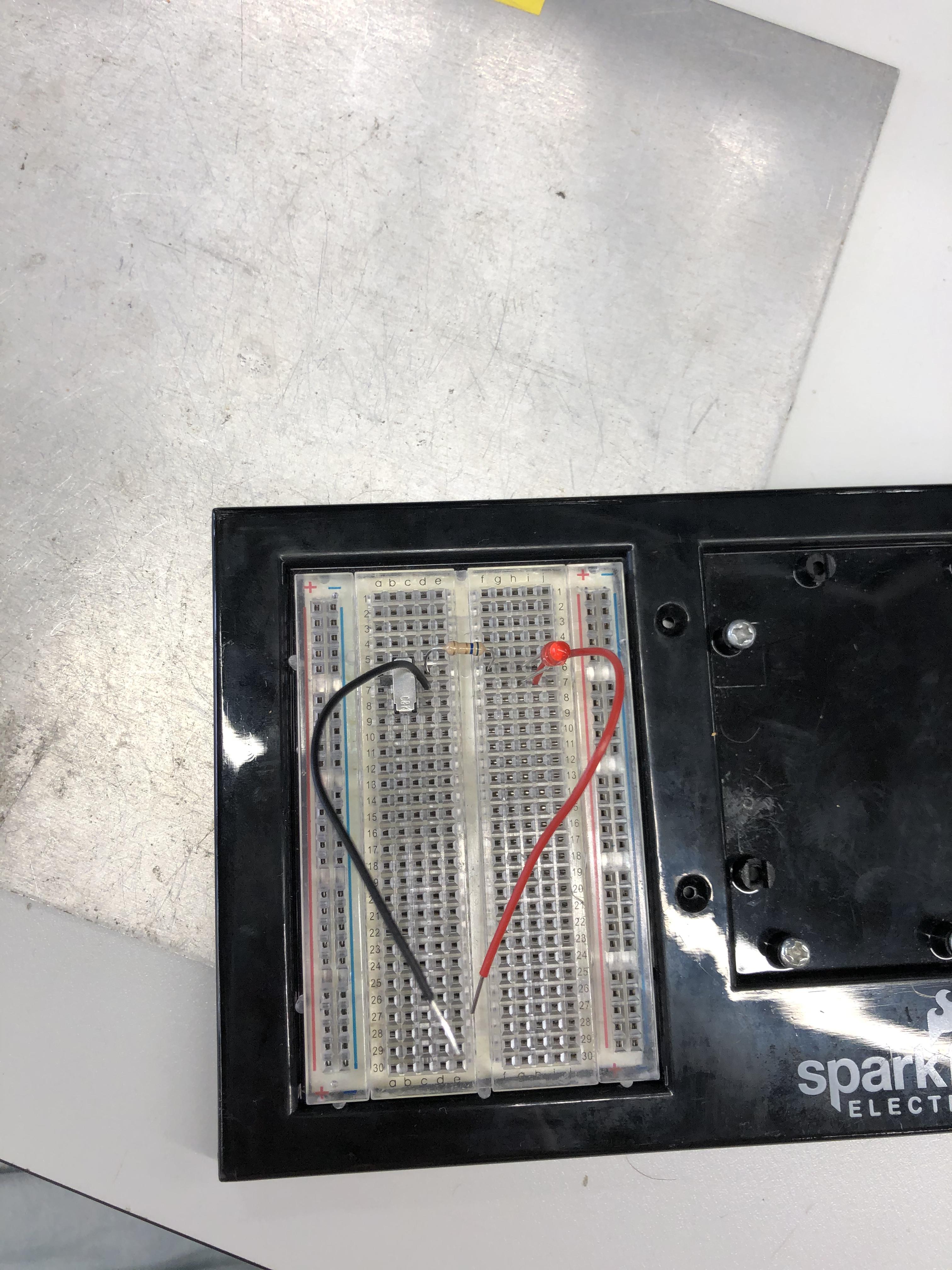 In addition I attended the space induction which was only a walkthrough of the room and equipment available in that room. Overall, I think I have done all of the required inductions and look forward into starting to make something physical for the main project.

The presentations for the classes individual ideas were held this week on both Tuesday and wednesday. I noticed that there were a lot of the same basic elements too many of the ideas, especially the use of sound and different ways to display emotion.

My own presentation went well but in all honesty I'm not all that exited for my idea. In the end it felt a bit mixed with different ideas merged into one confusing device. The feedback that I got from the peer reviews was mostly good. The ongoing concern however was whether or not this was a good way to wake up in the morning where one said that is was a "brutal way of waking up" and that it might not be safe. Another comment was that there could be a different way to set the alarm other than using a smartphone. It was also a concern if people would care that the covers were removed and that it would have not effect. One person also didn't like the idea of using negative experience to change human behaviour.

All of the comments had a good point and raised concerns that I have thought of myself, especially the concern regarding the removal of the cover and if it has any effect. If the idea at any point would be considered for the main project all of these concerned must be reviewed before the decision to make this device.