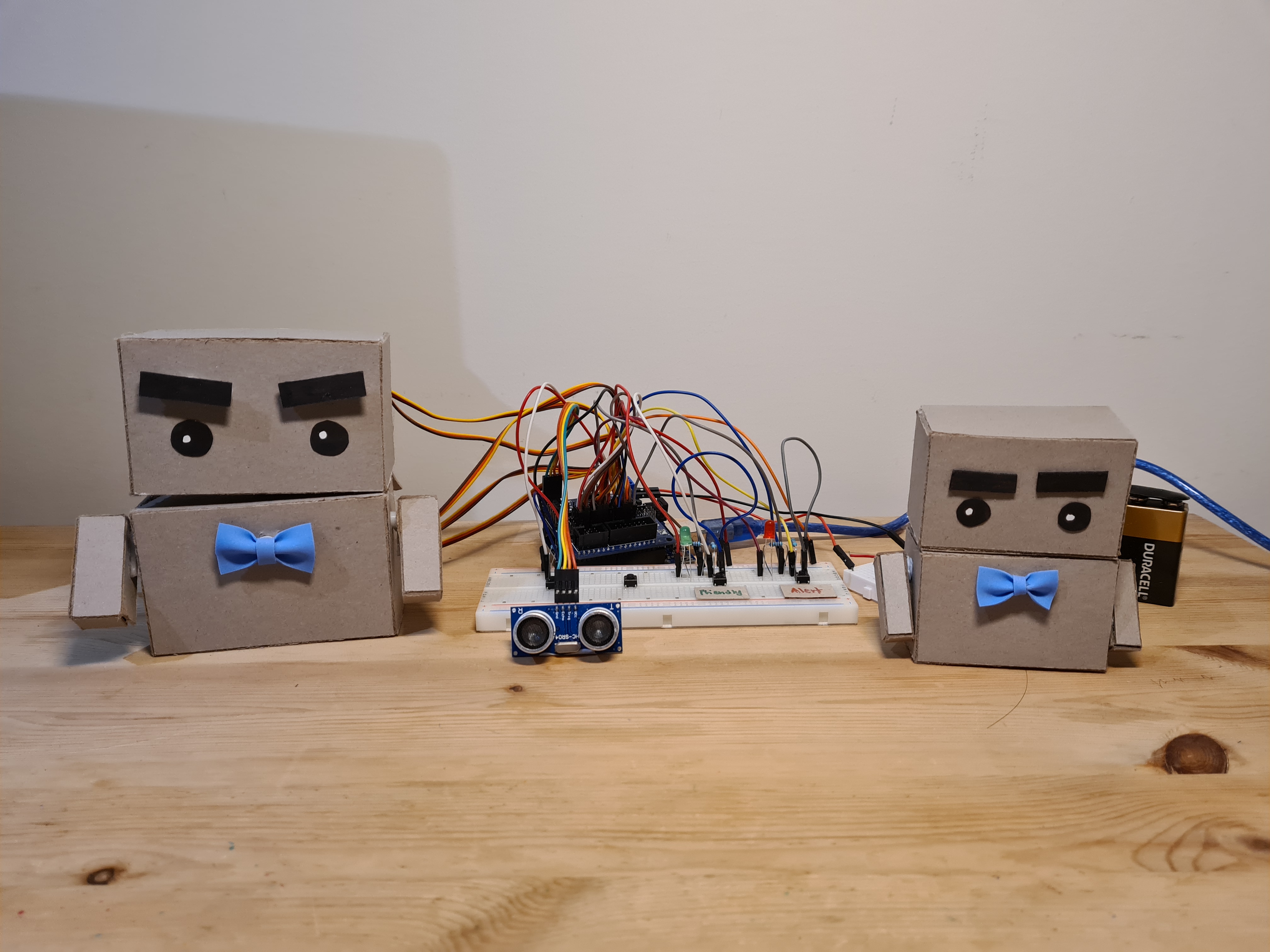 It was really interesting having an online exhibition on Discord. The first half an hour went by without anyone joining our channel but after that there were many visitors. Some came in without saying anything and some stayed really long and asked many questions. There were many 'aww's and laughter when I was showing the functions of Spud (really similar with the user testing with my friends) and everyone said they liked it which I am very pleased about.

It has quite challenging demonstrating the functions of Spud through a webcam as it would be better for them to experience it by themselves. I used the smaller Spud form as the 'person approaching the user' which when I think back, wasn't a good choice as it made quite many people confused of why there were two Spuds interacting with each other. This was also my fault as I assumed that they had looked through my portfolio first before coming. I realised my mistake later in the exhibit and explained why there were two Spuds before I demonstrated anything.

Everything worked well and went smoothly except for the voice recognition software that registered everything as 'dance' so Spud kept dancing and a incident where the 9v battery ran out of power and Spud's movable parts went all wonky. It would also have been nice if I had set the voice recognition software to listen to the visitors' voices as some people asked whether they could try to talk to Spud.

Although I am sad that we could not do the exhibit in-person as the atmosphere would be more exciting and interactive, it was still a fun and a bit more relaxing experience at home. Even though we still have the team report and the critical reflection essay due, it feels like the course has come to an end. It was a long and challenging semester but I also had a really fun time building Spud. I am also very thankful for the teaching staff helping us in this difficult time. Hopefully, it would be better for both the teaching staff and students next semester.