This week I asked a teacher aide to take one of the 3D dice forms to their school to see how the students would interact with it and whether they were interested enough to want to play with it and explore how they can use it. The constraints with these user tests are that I am unable to be there, in person, and, thus, was unable to note down observations, explain to the teaching staff what the concept was and use body language to determine whether they understand the information or answer their questions. Therefore, the data obtained from the testing was not as accurate as it could be and I have to rely on information from a person who may have missed actions or observations that didn't stand out or was considered normal behaviour. Thus, they may not have taken notice. Information was still gained from the user testing, despite the constraints. Fortunately, this person is very honest and would report back any negative feedback as they understand the importance of it. The children were curious about the dice because they have never seen one like that before and they were not afraid to interact with it. After a conversation with the teacher aide, a possible reason for the children’s’ excitement is because of their background as they can't for various reasons such as finance interact with various technologies other than at school. The first interactions were them trying to open the dice. They, however, were unable to do this. This was viewed as a success because the intention was for them to play with the form; however, not have access to the sensors within it, which could potentially be a safety problem. Other interactions were them rolling the dice on various surfaces and throwing it in the air. These interactions further support how the target users would interact with the dice as it is familiar with them. The teacher aide then talked to other teachers and explained the concept in their own words, through a normal conversation. The teachers thought the concept was good and that it could help with engaging children in learning multiplication as they love using technologies or interacting with a prototype they haven't seen before. This was very positive; however, I am concerned if the students only engage with the prototype for a short time and the excitement and interest would decrease. One of the teachers did say they wanted to test the actual near-finished concept as they were interested in putting it to the test; however, they thought the music was not needed as it would make it complicated and that the lights and form would be enough to make the students play with it. After the teacher aide explained the music was piano notes rather than a proper song, they started to believe that it would work as long as it was simple. More analysis would need to be done and possibly showing the students a video of the prototype functioning to some extent.

Other work done was getting the accelerometer and gyroscope working with the proton and, currently, when the dice rolls on certain two sides, it will light up the colours corresponding to it. 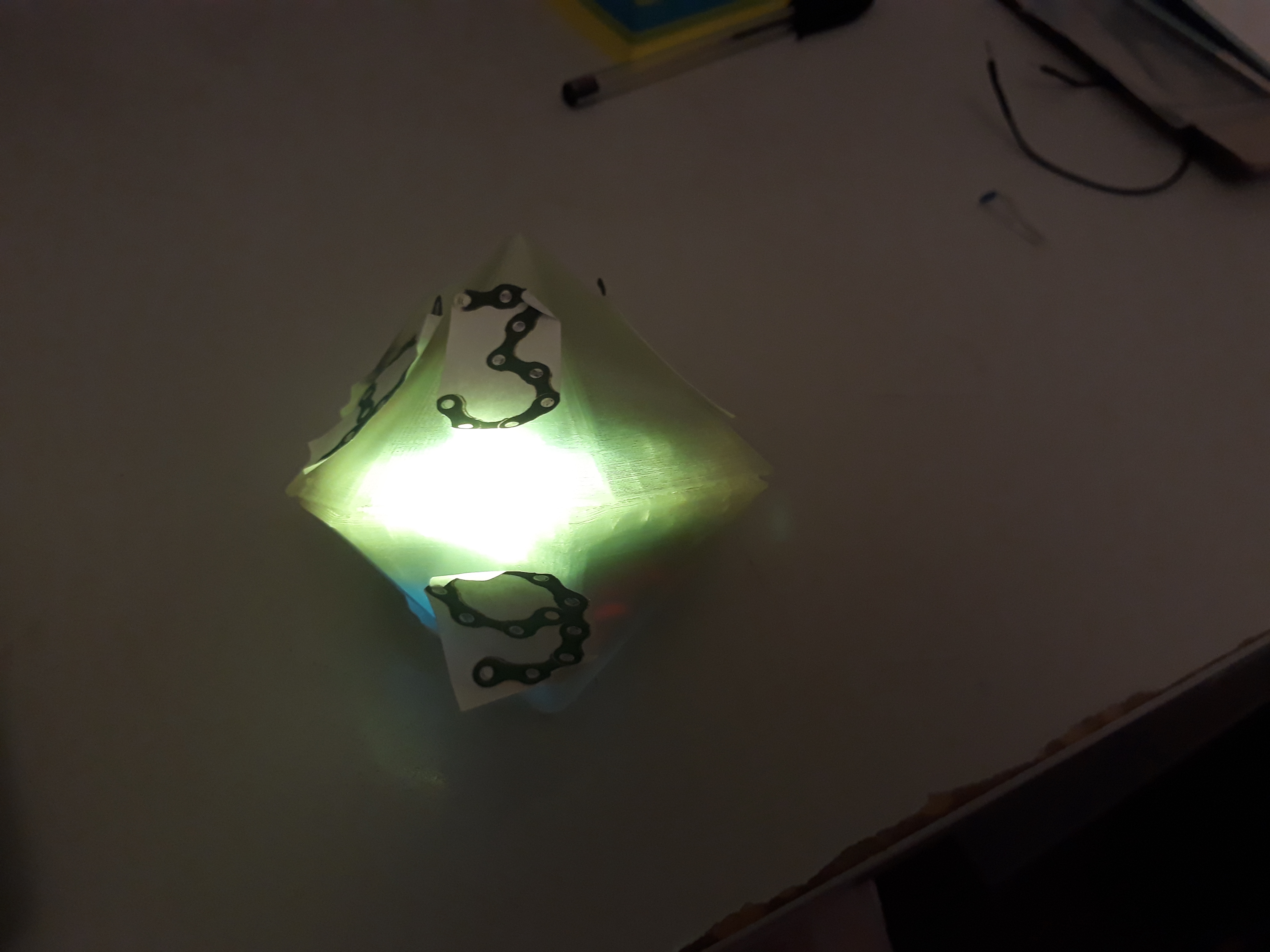 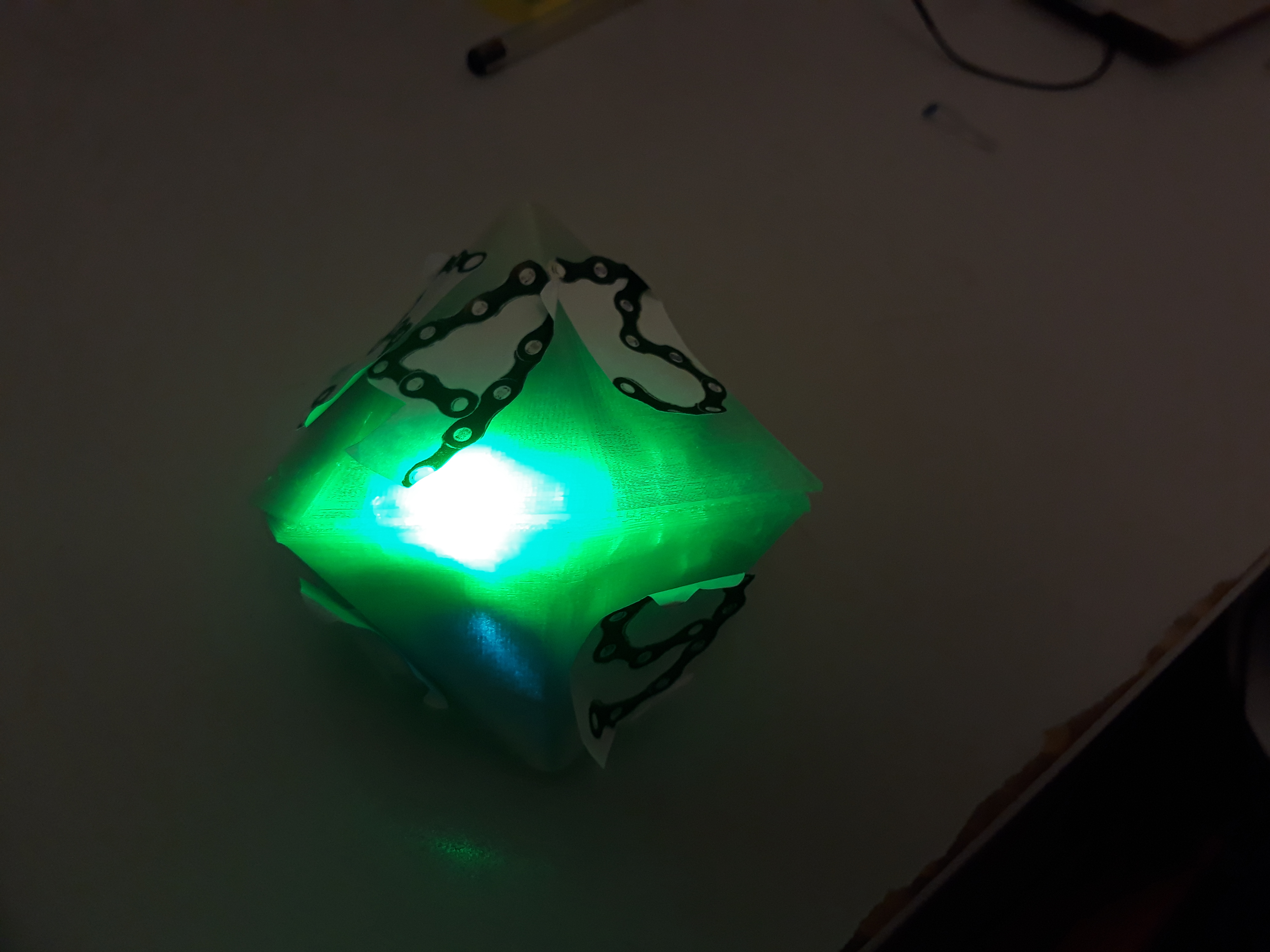 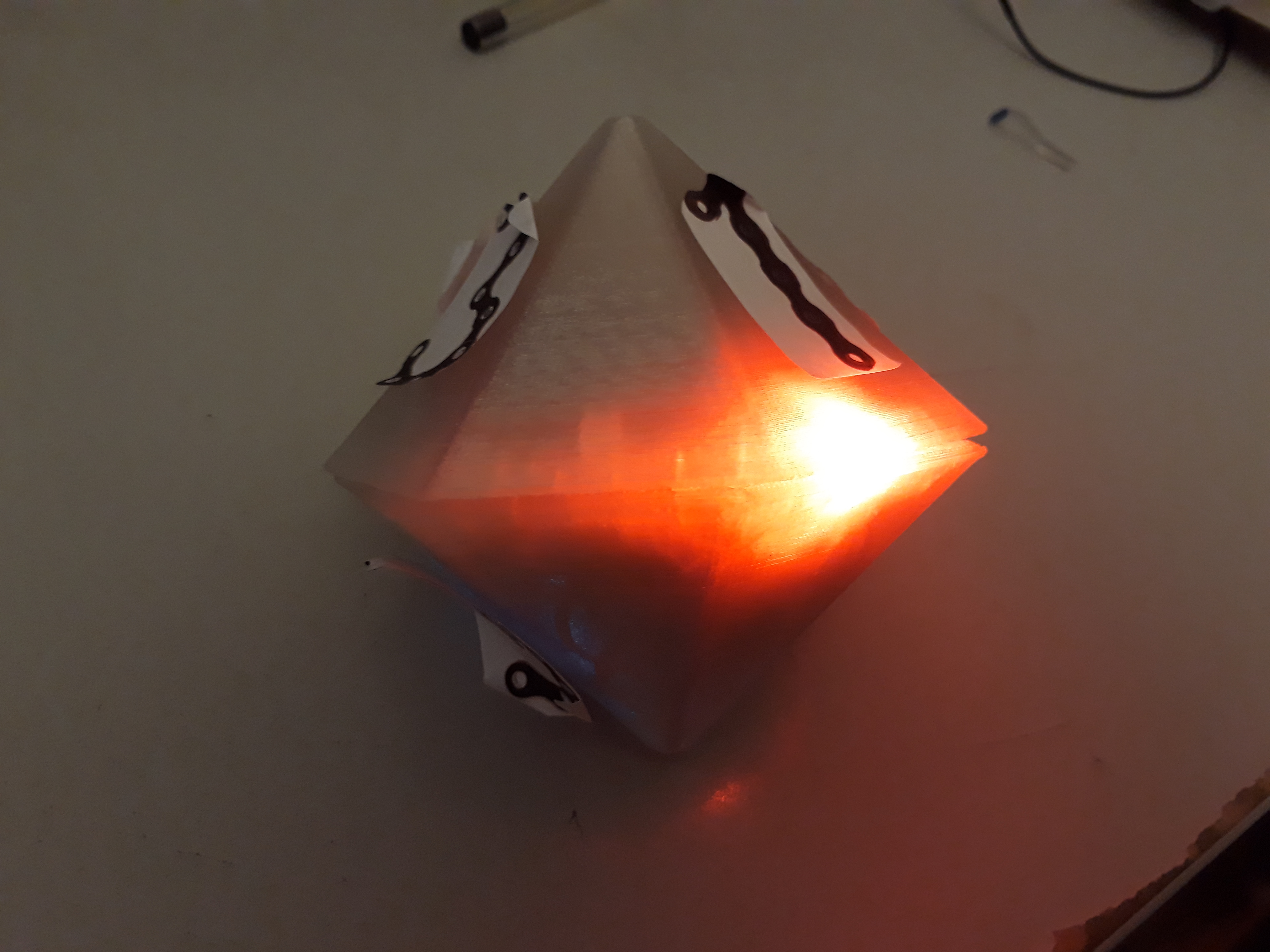 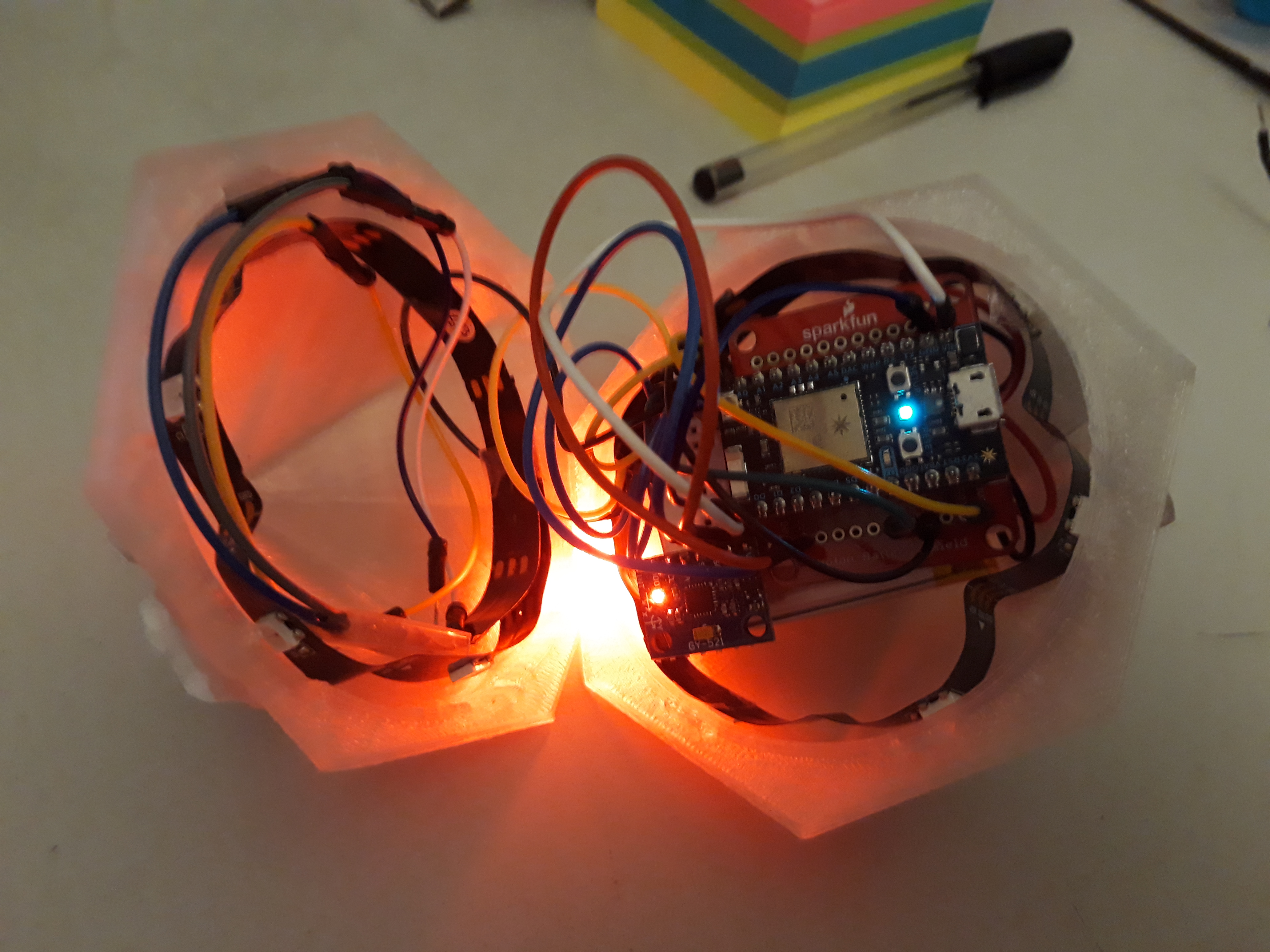 In the studio, our team became more familiar with discord and one of our team members who has used it before showed us some of the functionality. We are now able to use our phone as well; in case we want to show a close up of our prototype in the exhibition.

What needs to be done

The portfolio needs to be done and completed this week as well as working on the prototype to get all the sides of the dice working when rolled with lights and sound playing. More research and user testing will need to be done as well.