This week has been dedicated to working on the portfolio and the audio component of the prototype. At the moment I have created a basic layout for the website and have continued to fix and improve the design as the content is continuously being added to the portfolio. I have opted to go for a minimalistic design as I want to enhance and draw attention to written content, pictures and video without overwhelming the viewers. The main aim was to organise and break up the content to provide a logical way of viewing the different parts for people who haven't seen the brief. The website is still a work in progress with the focus on writing the content and creating videos.

For the prototype, I was able to send data from the particle photon cloud to unity as I am simulating audio playing when the corresponding side is rolled through the computer rather than the dice. I was concerned that this would be difficult as I haven't had prior experience; however, when I was working with Vuforia and trying to send data from Unity to the photon, I found resources which allowed data to be read in Unity. I did use the resource tutorials and code to make the functionality work. Fortunately, it did alter after changing the code and adding the necessary assets. When the dice is rolled, the side will light up and the corresponding sounds will play from Unity. Video below shows each side being rolled and audio playing. 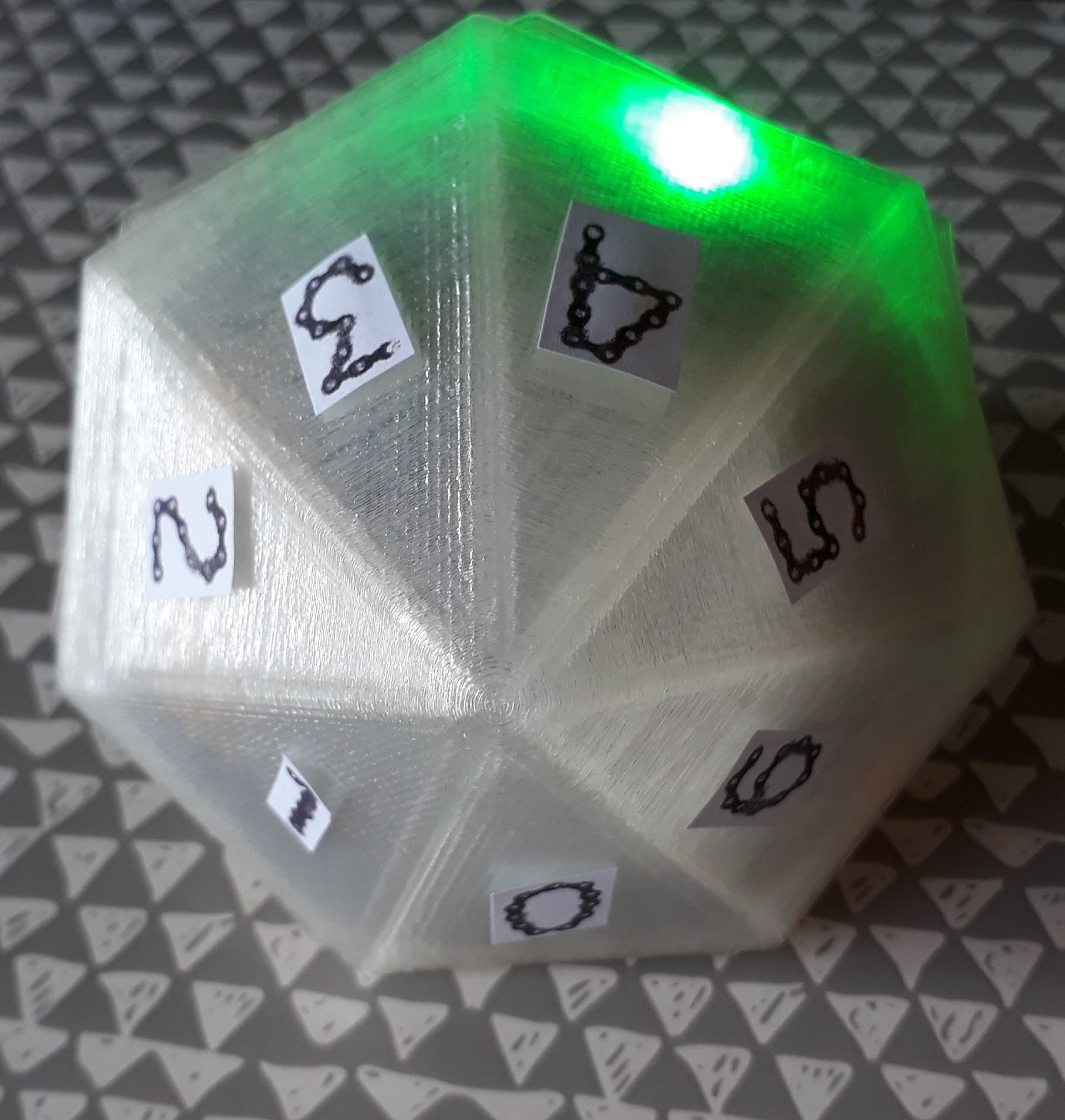 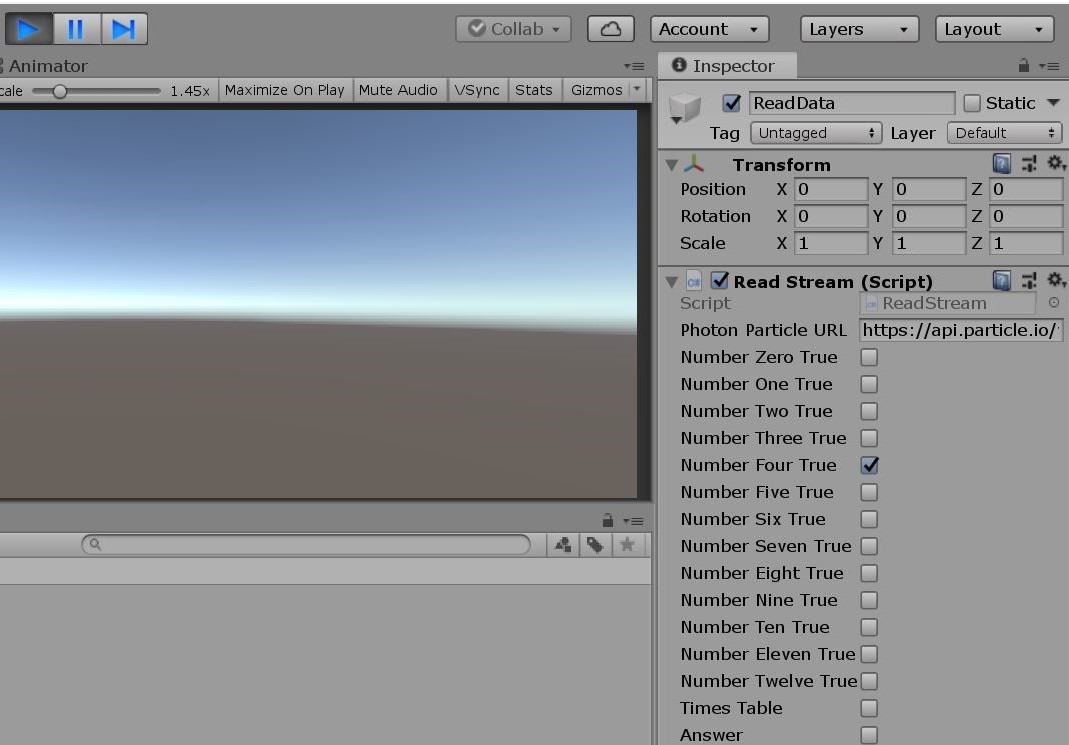 There have been changes to the sounds used and interactions based on appraisal feedback, research and a user interview. Objects will no longer be used to produce sounds as further investigation shows that although some students have the equipment, not all of them, at a public school where a teacher aide works, did and this, consequently, puts other students, with some of them being vulnerable, at a disadvantage. One of the suggestions was using hands as a way to produce sounds from one of the appraisals. Further research supports this as clapping is a way to teach children multiplication or maths through music and movement. The idea was then expanded on to include 5 gestures: clapping, hitting a surface, hitting your thigh, fist and hand, and two fists. Each gesture is paired with a note and one gesture or multiple will produce the sounds for the numbers. Concerns were about the complexity and the number of hand movements, however, after discussions with a teacher aide, they said children would be able to learn this as they could be able to pick it up by the students as it involves movements and music. 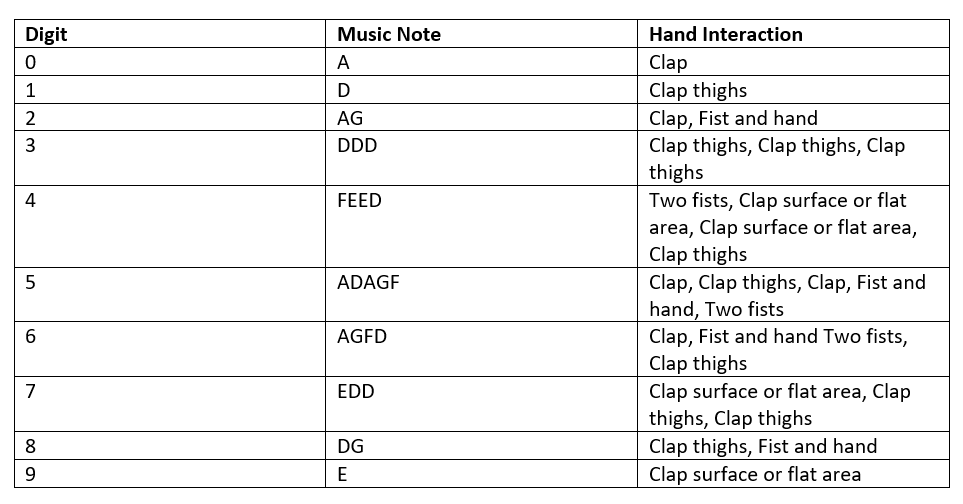 The work to be done is to finish off the portfolio and try to add extra functionality to the prototype, such as knowing when the dice was thrown or shaken, as well as doing the team report.