Start with "altered landscape", I discussed several themes with other people this week.

In the discussion of this theme, we talked about the mundane spaces and what can be changed to make them interesting. The common answer would be office, housework or homework, but we thought about some unusual things like playing instruments(children practice instruments).

I also thought about the mundane things in our life, things that always appear and we are getting bored with. I remember when I move to a new place, my mom would never forget to do something with the light switch, Either by using stickers or hide it inside a picture. So, what if I can make the switch playful. I remember when I play Minecraft, I always use Redstone to link lights in my house. So what if I link all the light in the room and make it as a super Mario game. The light switch would become the controller and light become a interesting game. 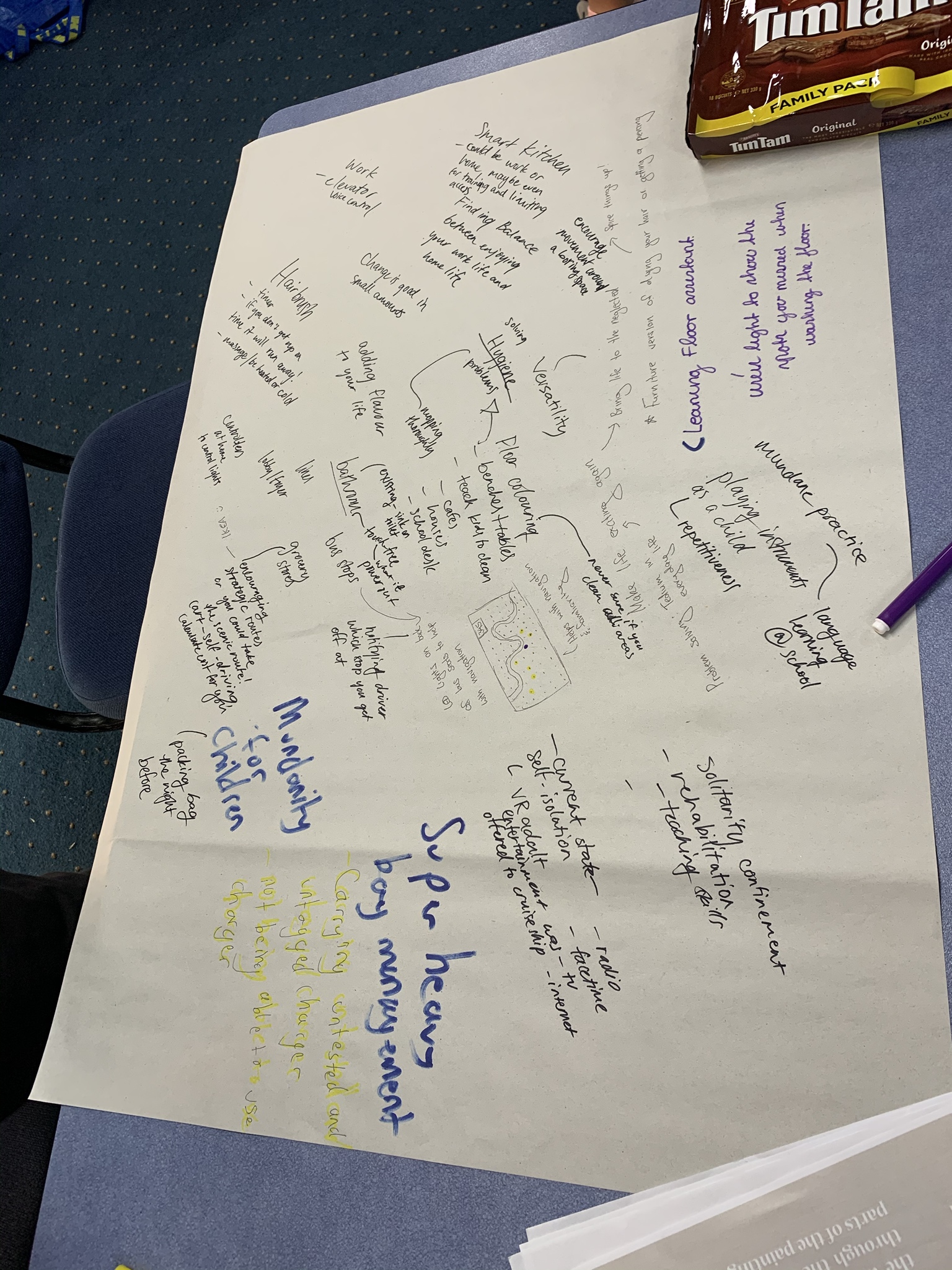 In this discussion, one student said that this technology can be used for pets. This is what I haven't thought of but really useful. It gives the possibility that pets can do things for people without so much training.

Another idea is about the emergency situation. I think technology can be helpful in extreme situations, as people are easy to panic.

What's more, this theme can be useful for old people. Especially people with dimension, they cannot remember what to do in daily life, easy to forget some normal things like taking drugs or brush their teeth. So guided technology would help them to remember the schedule. Also, it can help to track the lost elders. 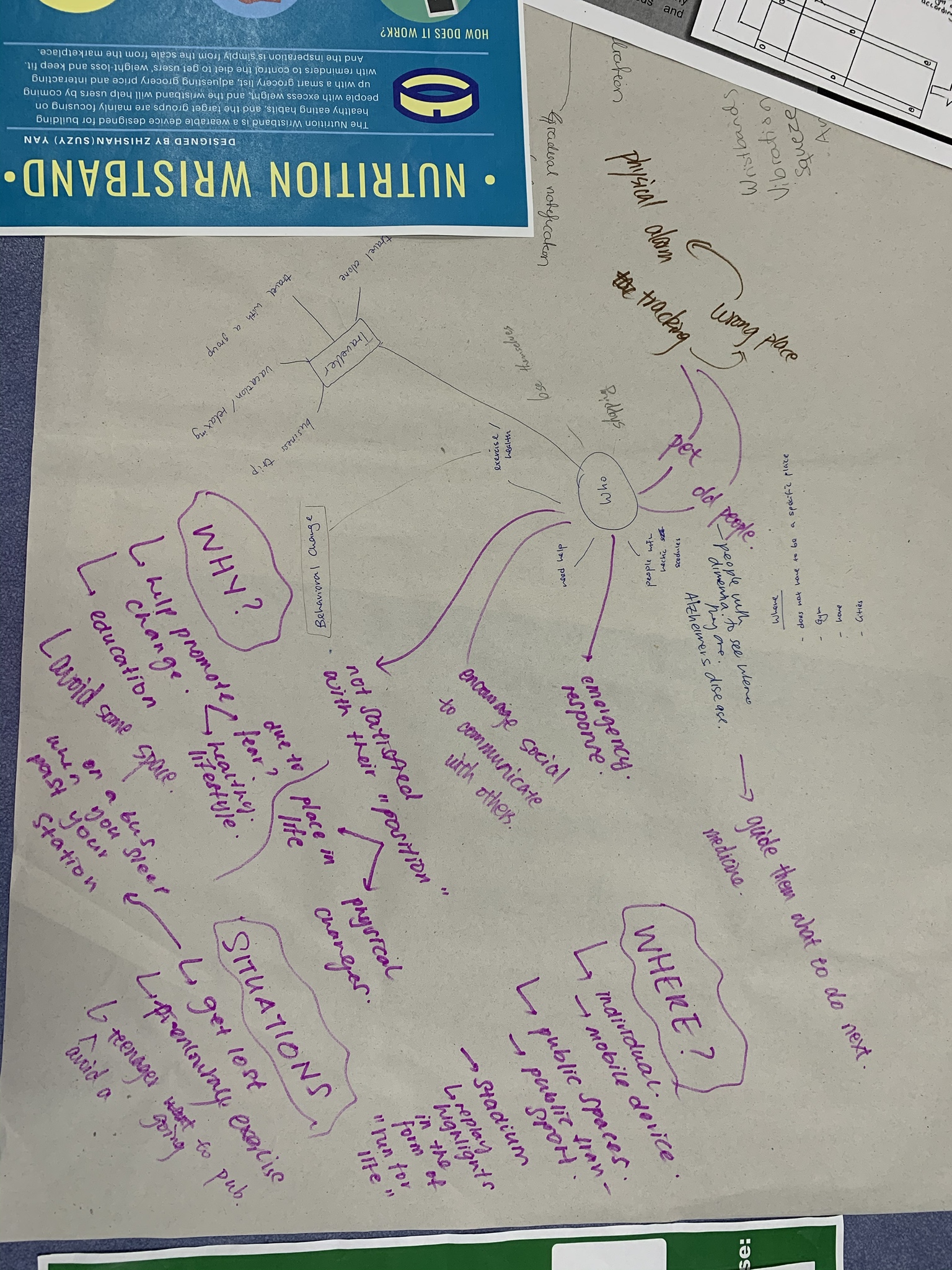 The idea of shaking the hand door is quite interesting and a bit creepy. I mean, it is interesting to replace the traditional way to open a door, but if imagine that each door would have an arm on it, it's like the doors have become monsters. 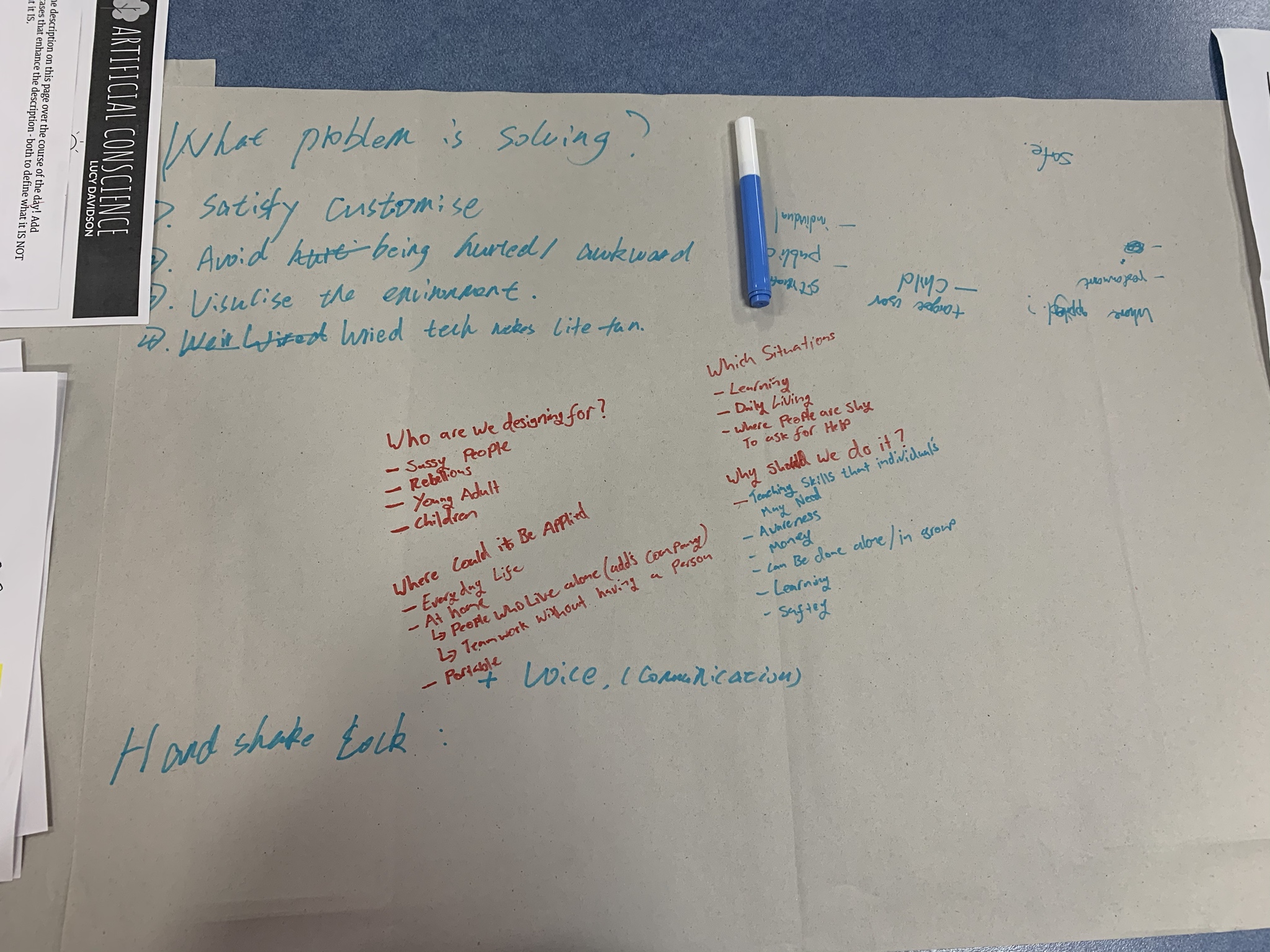 I have contributed to one of the ideas, control an aline across a square city to trigger the music. I suggested allowing the aline not only to walk a straight line but also can walk through a curved way. What's more, the aline can walk upon the top of each building and give a solo. 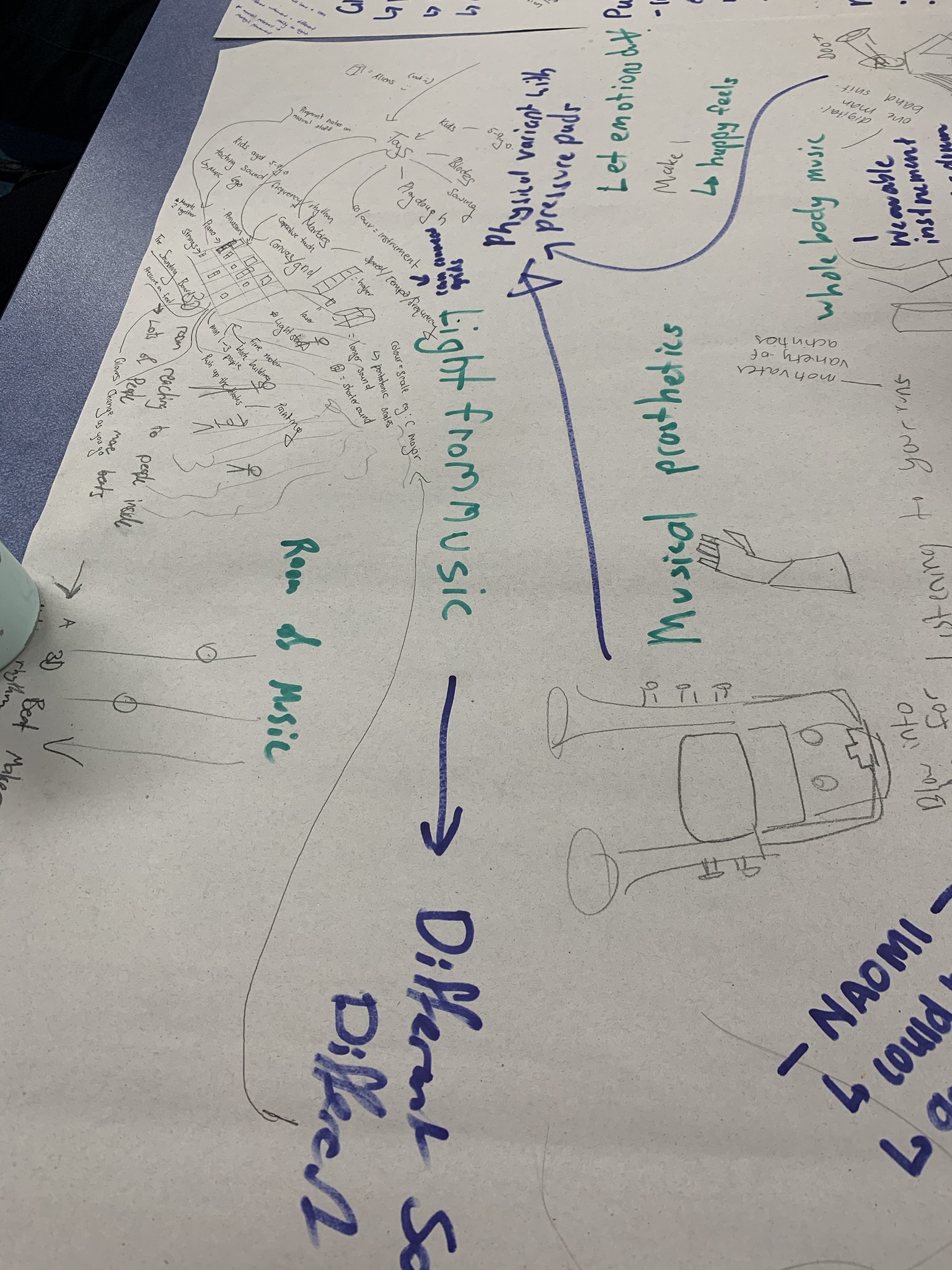 I have tried world café in DECO7180, but this time, with more people and more space, I feel more advantages of this activity. I changed to different themes every 30 minutes and think about different questions each time. This requires me to think really fast. And also, when listening to other people, I have learned a lot of interesting ideas. I enjoy the moment when others agreed with me but in fact, I think it is the disagreement that could be most helpful. When came up with an idea, we discuss it, whether it is really that situation, whether is acceptable or some other problems.

However, for me, the activity is largely depended on who I was discussing with. Because I am not good at beginning a conversation in this kind of activity. But I would love to join a conversation. So, at two or three tables, I was stuck in an awkward atmosphere. And at other tables, where there are at least two talking people, I was more comfortable and quickly join the conversation.

Preference for the theme

My first choice is "Enhanced mundane space". At first, I just think this theme is meant for most people's life. We have high technology now. So, why not making life more interesting. But in fact, I don't have any idea about this theme right now.

I also chose the sassy tech as I can see the potential in this theme. In daily life, we always ignore things, taking them for granted. But actually, this theme could give us a chance to view the world from another perspective.

The last one I chose is the guided movement. I think this theme might be widely used in the future as it can replace people to guide others.