The group has been formed today. Happily, I can still work with the people I am familiar with. With our new team member, we did some warm-up conversation.

Then we made our team agreement. We reached the agreement that when we have different opinions, we would vote for the idea. But there three team members(including me) have worked together for a whole year. I am afraid that the new team member might not used to the way we work. It's always good to welcome new thinking, but still, I think we would have many disagreements in the future. 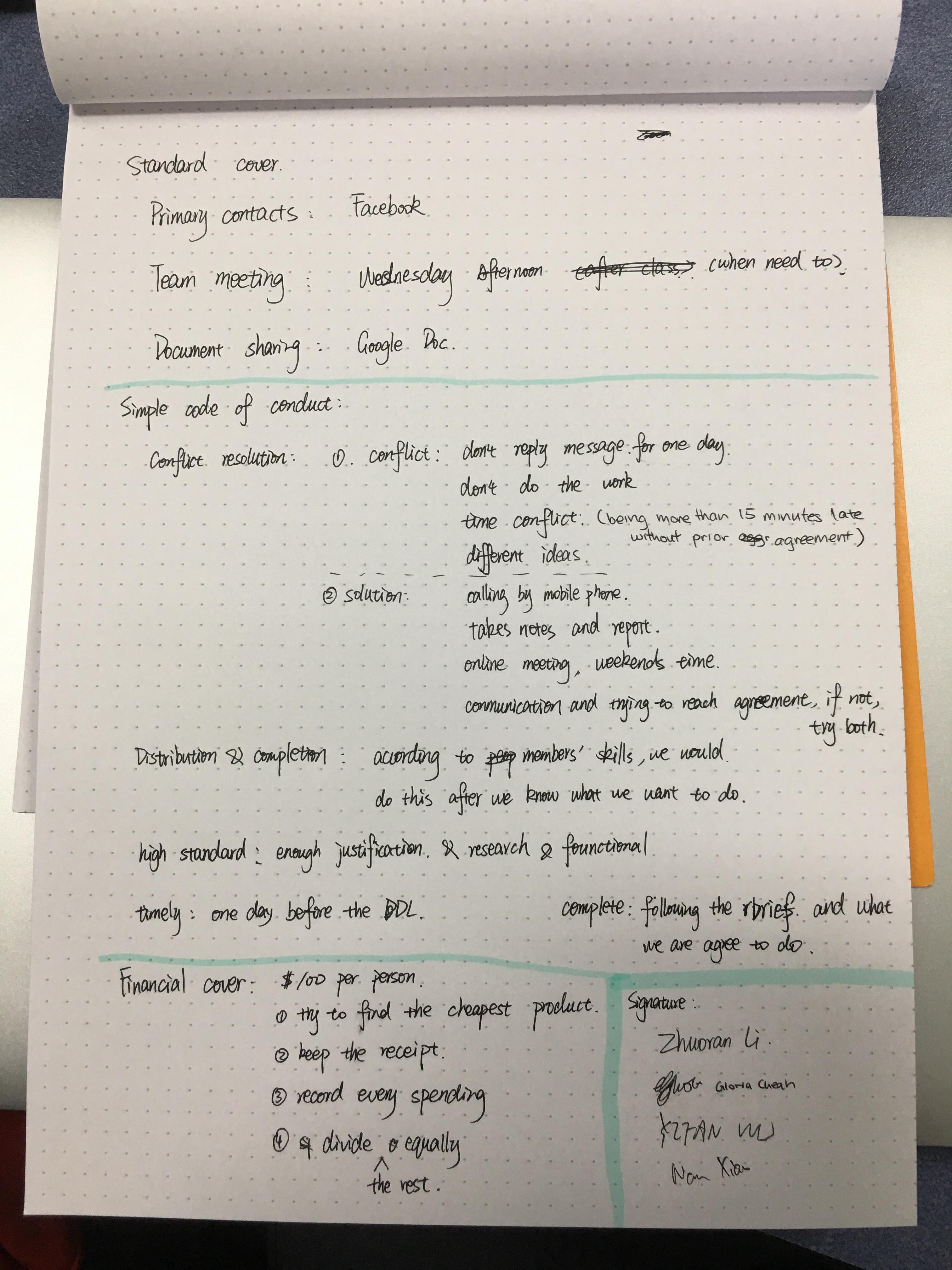 We have thought about many boring spaces in our life including the workplace, home, and public space. Not only the physical spaces, but we also think about the activities that could be boring.

Some ideas have been generated in the class.

A cute mailbox that can swallow your mail. And threw the mail up when you receive one. It can also identify people, so it would make some noise when you pass by and there is a mail waiting for you.

For this project, I was concerned about the rubbish mail. I live in an apartment with two roommates last year. Each month, we would receive a lot of rubbish mail but we never checked our mailbox until someone buy something on the internet. So, people might not want to be disturbed every time they have got mail. What's more, most of the important mail has been sent through the internet. Thus, is it necessary to have something for the mailbox?

The cleaning floor would be boring, so we are thinking about making the floor interesting. Such as giving some interaction when finish clean up a part of the floor. The idea is good but I was thinking about whether the idea of modifying the floor would be too common. And we still need to expand on the idea to make it more interactive. Considering the action always happens at home, maybe we can think about all the family members. 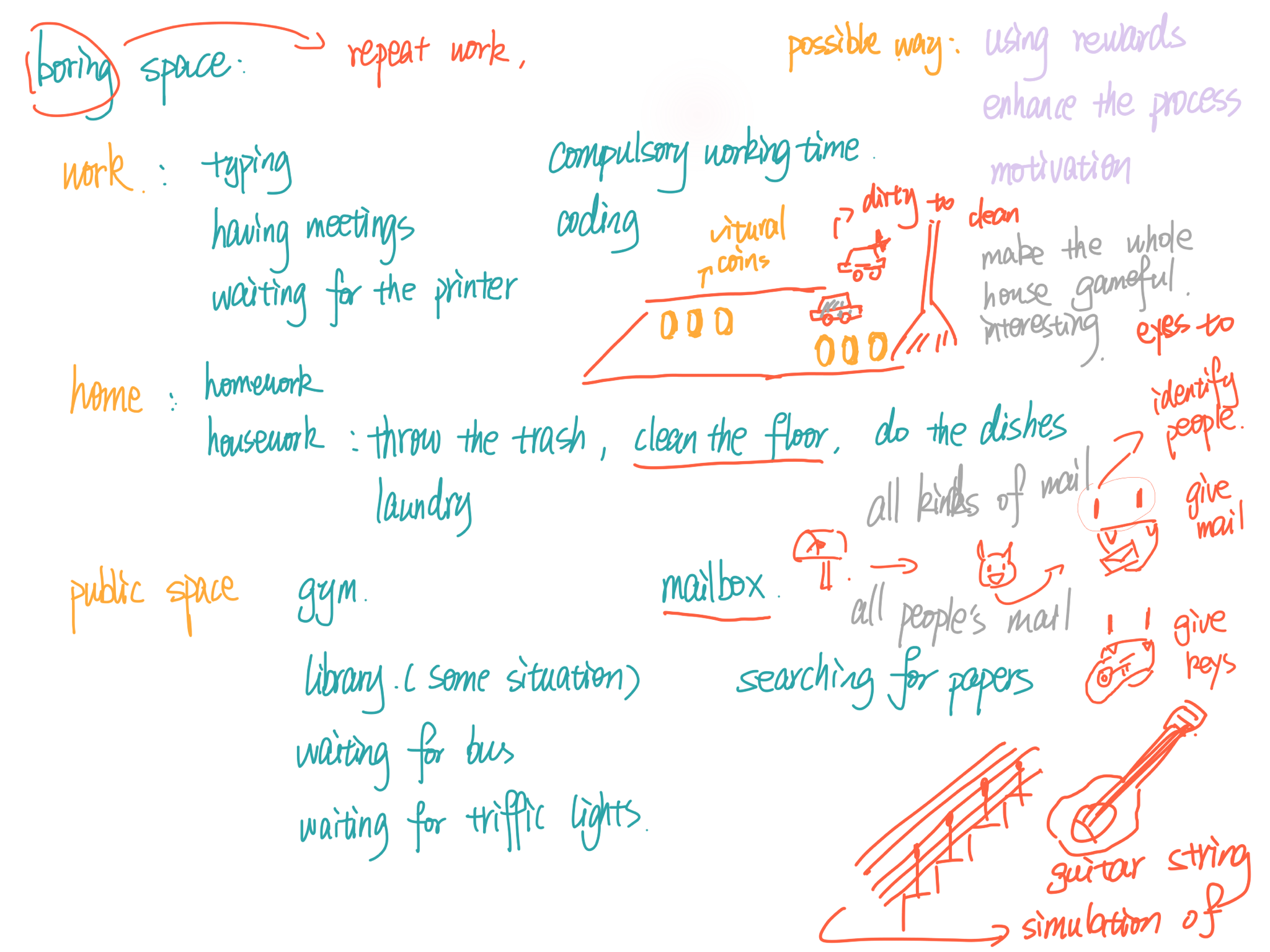 This idea is about a screen on the bag to remind people of things. But I was thinking that the time people would look at the bag. It's only when you put on it. So what about the other time when people put on their bags. They cannot see the bag, but can it do something with the strangers on the street. This would also contribute to the interaction as only a screen would lack interaction.

To encourage washing hands, we are thinking to make the water interesting. Give the water some special Effects both when washing and after washing. But this idea would be super hard to complete.

The last one is a chopping game that people can play when chopping vegetables. This could be unsafe but still can be interesting. The movement of chopping can be related to hitting the monsters. 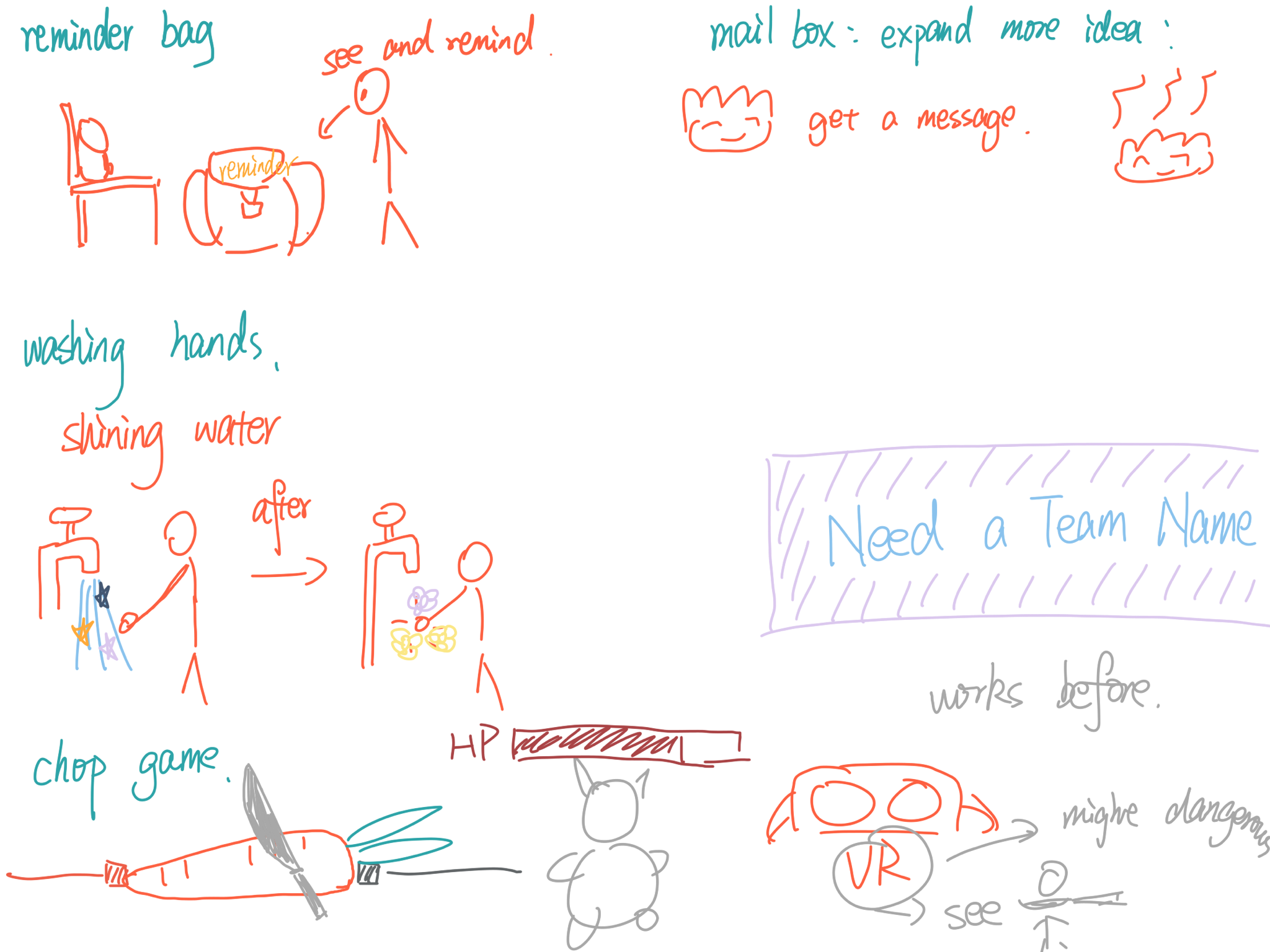 Because of the time limitation, we decided to discuss more after the class by Facebook group channel