So, I was fairly ambituous with how much I wanted to get done on the mid-semester break but I am really happy with how I am going.

The first thing I needed to settle on was my core interaction flow, so I have penciled in a first attempt at an ideal interaction scenario and we will see how far it takes me. Currently, I believe it is fairly intuitive and should hopefully conform to the user's mental model but iteration and retrospect are very useful in design: 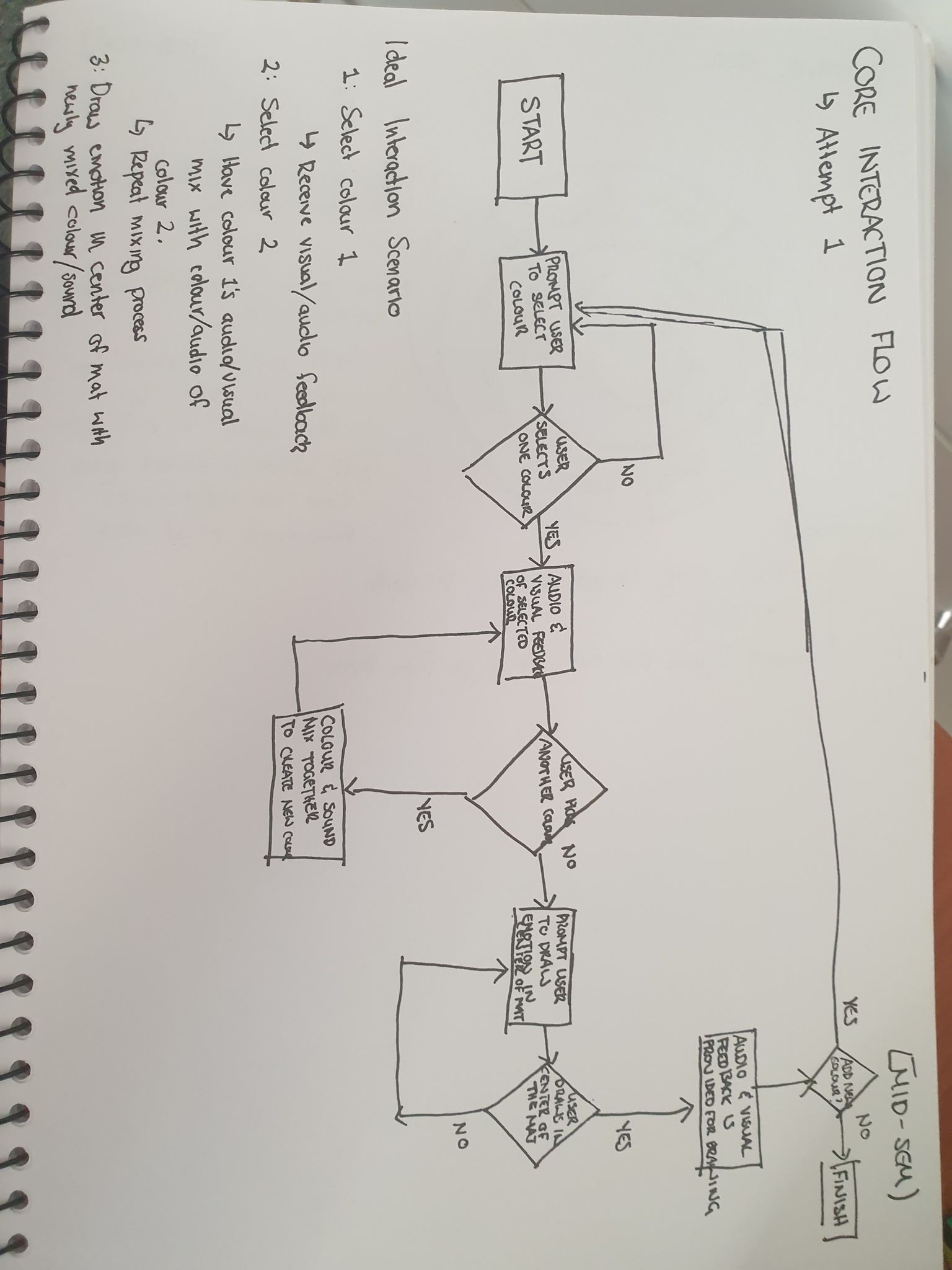 As for the prototype development, the first thing I wanted working for my prototype was some way for you to select a colour and get some form of feedback. This seemed relatively easy in practice, so I decided to use Unity to set up a touch and draw interface.

I started with an aim to get a paint line following the users finger, so after a fair bit of research, I stumbled across my first win: 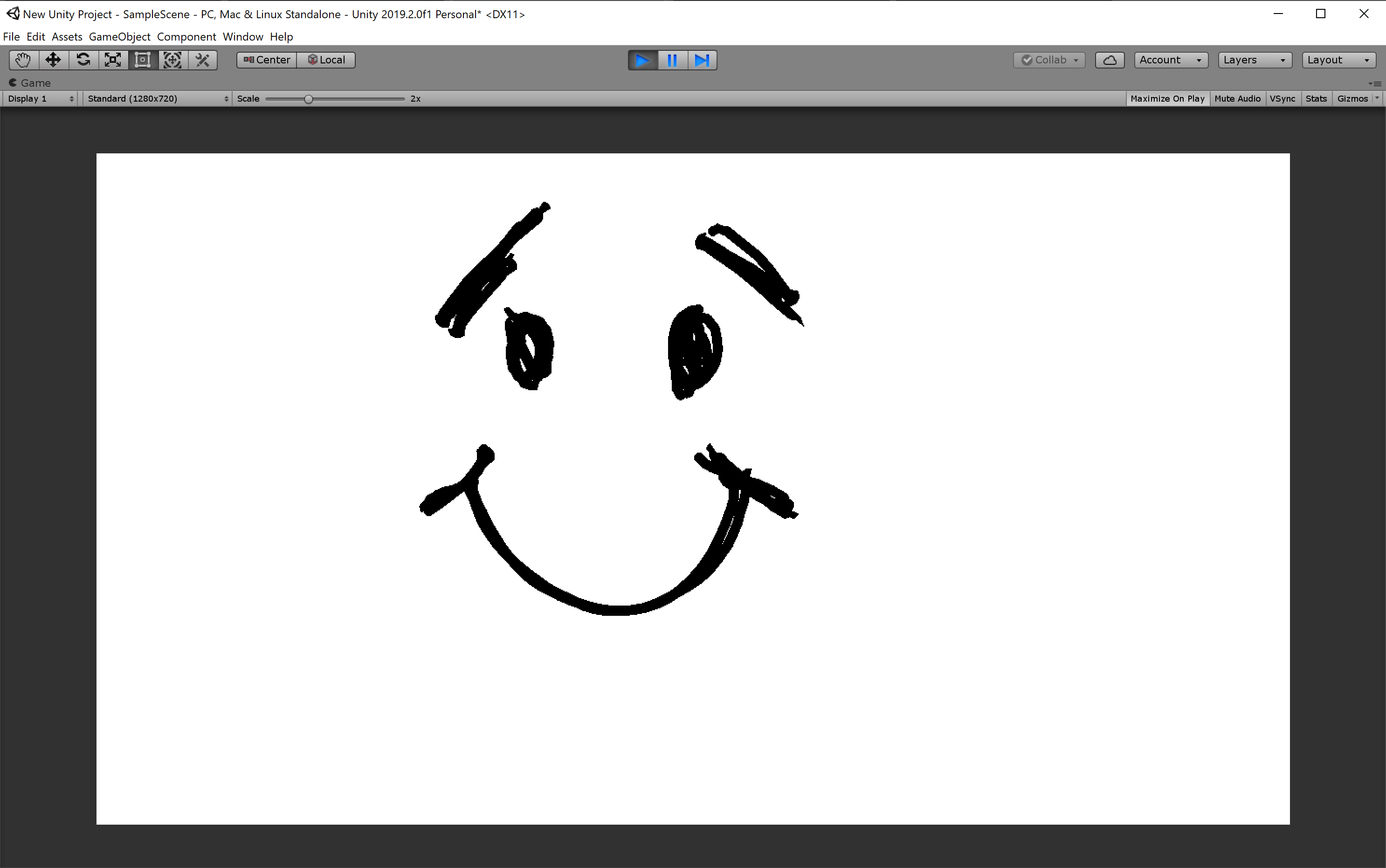 He looks pretty minimalistic, but I had a starting point for my individual concept.

Next, adding colour... I spent the better part of two days thinking of ways to salvage my code. At one point I had colour selection working, but no chance of mixing as I was essentially toggling everything except the colour that was last clicked on. While it was progress, it wasn't particularly helpful in the overall scheme of things.

So, I decided to take a break. I was playing around in illustrator and had an idea about averaging RGB values and wondering if that could work. So, I decided to average my RGB values for yellow and blue in hopes of getting green and I did!!

I then had a chat with my sister about the possible logic that could make this work and by the end of the conversation I was confident that I could make something work. So, after a bit of a break and a fresh perspective, I tried ... again: 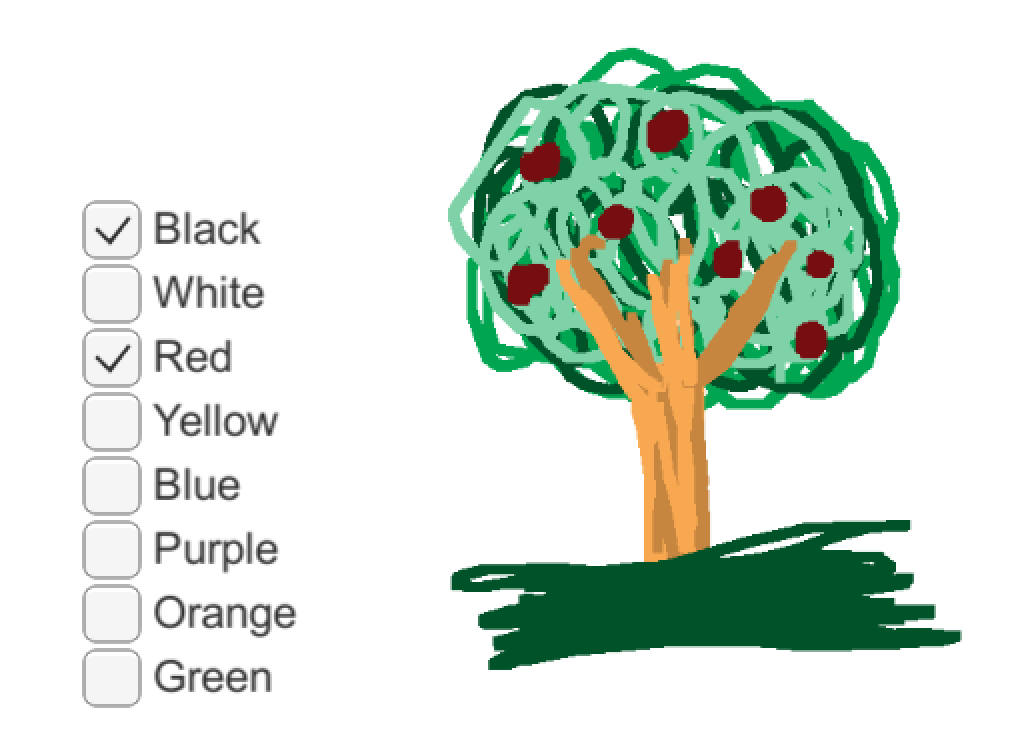 I was absolutely stoked that I could get colour mixing to work. Averaging RGB values really does work and, after some more targeted research, I found others who have reached the same conclusion - but way more fun to get there by myself.

Next, I should clean up the interface a little and then onto audio!!

REFLECTION: This was one of my most exciting milestones that I achieved - the colour mixing code. While I later found that it was riddled with bugs and did need some serious revision to work with my physical controller, I was super happy that my programming skills were able to match my design vision. I think at the start I was very relcutant as I don't see myself as a very strong programmer but I was trying to force myself to accept that I was going to need to get over muself and just do it because I had no one else to rely on. It was also around this point where I started to make use of running through my logic and/or my train of thought with other people. Mostly to convince myself that I was still somewhat sane, but also because the people I talked with normally gave me some really valid insights on the road blocks I was facing. Super useful - I wish I had started utilising it sooner