I didn’t achieve everything I wanted by the end of the break due to spending a small amount of time away from the computer and focusing on other courses with earlier deadlines. The plan was to explore and understand more about the Arduino, build a foundation for the dice, figure out what materials and sensors were needed, and then buy them.

What I have managed to do so far is play around with the Arduino a little bit more by doing a few of the projects supplied in the kit that I was curious and interested about. One of the projects was creating an alarm, the circuit was simple, though I felt I needed to understand the code a bit more. How I plan on doing this is by changing and exploring the code to see how this changes the output. This plan, however, doesn’t just apply to the alarm project. I also decided to do the last project which was the infrared controlled LED matrix, it was interesting to use the remote and LED matrix to show numbers, however, I did find the code somewhat confusing and perhaps if I have time, and find it useful for the prototype, I will explore it more. The LED matrix did get me thinking about how I could use it to show the dice numbers, but this perhaps might make the project confusing and wouldn’t suit the product as the numbers will be constant and not change and will be in multiple areas on the dice. 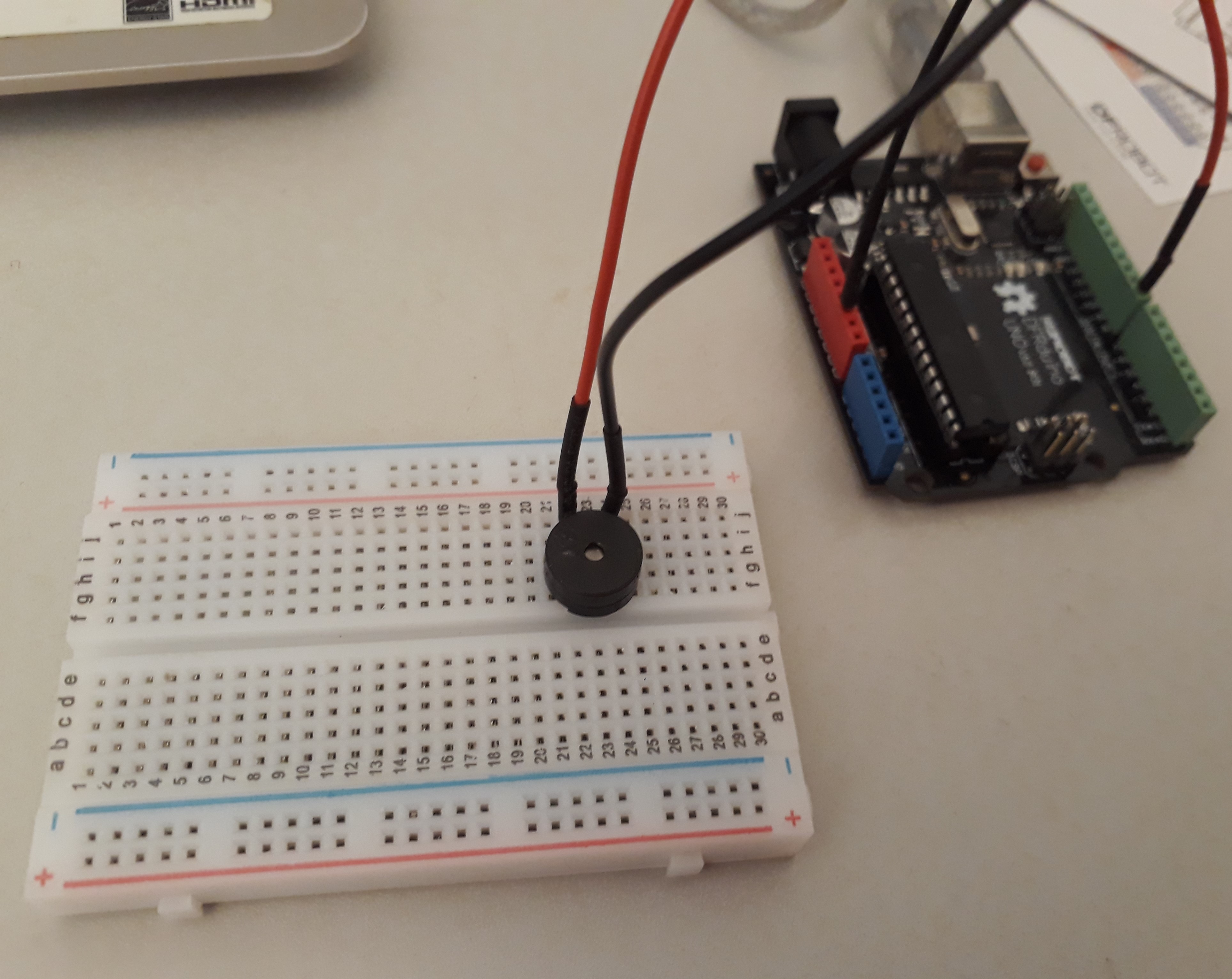 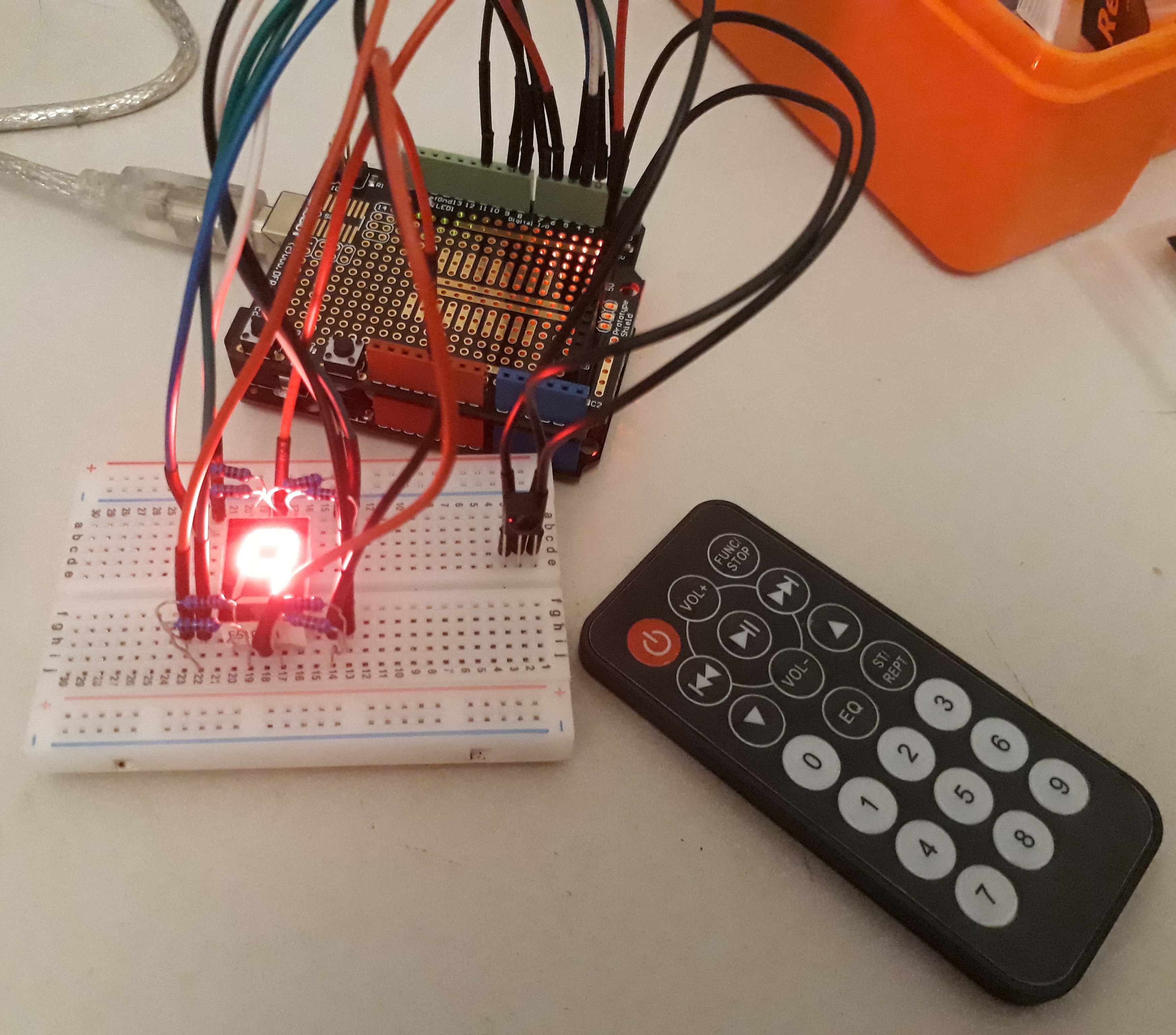 For the dice, the idea was to have push buttons where the user pushed on an area of the dice where it will light up and then record or play the sounds. This was explored to some degree when a circuit was created based on a tutorial, showing how to make one push of the button turn the LED light on and another to turn it off. Further exploration will need to be done about how this could be incorporated within the prototype, whether it will stay connected to the Arduino or solder the sensors to a board. I am lucky in that I do have a soldering iron and in the mid-semester break, my father went through some of his tools and showed me to how to use them, what their names were and allowed me to handle them. This was a fun experience and I do hope to use a few tools such as the soldering iron and hacksaw. The other tools will depend on how far I want to take the prototype and how solid to make it, whether glue will be fine or whether nuts, bolts and screws would be better. As the intended target users are children, however, safety will need to be considered. 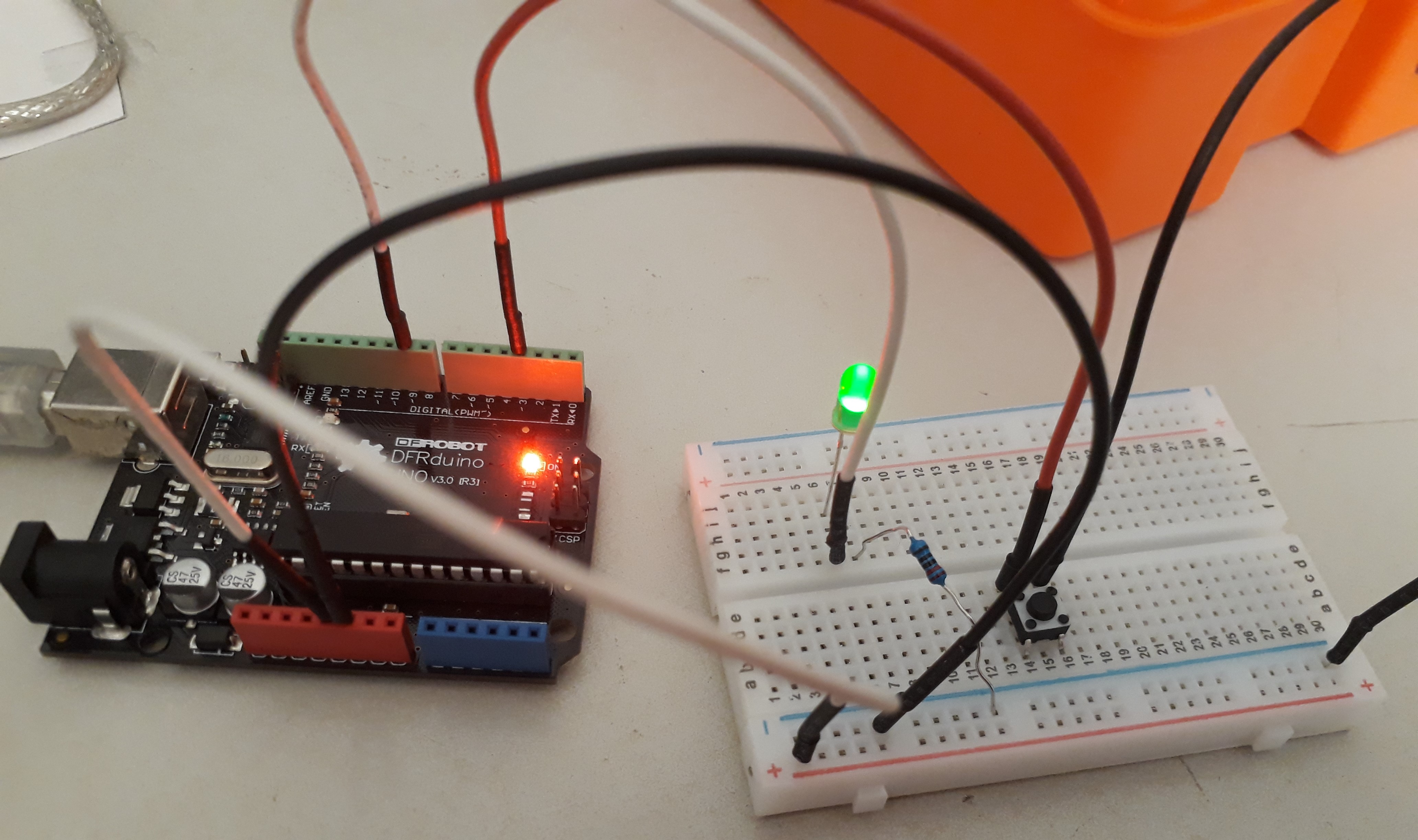 Other tasks that were planned to be done included figuring out what materials to use. I did look around the house to find ways of repurposing materials, however, I couldn't find any for the dice; therefore, I brought balsa wood, which is typically used for crafting and modelling. The wood will be used for a few of the iterations as it is light and easy to work with. Additional resources, a couple of sensors, were ordered for the project.

Current concerns I have with my project is that I haven’t spent enough time thinking about the feasibility of the product and how I am planning on building it; due to my inexperience of building prototypes, this makes it harder. Consequently, I need to research more and seek advice from others to help me figure out the best way to create the most important parts of the idea.

Changes to the concept were that instead of building a 20-sided dice, a 14-sided dice will be created with one blank side. Over the break, I explored how a 14-sided dice could be built by researching and using paper to have a better understanding of the shape and what smaller shapes will be needed. At the moment the plan is to have 12 pentagons and 2 hexagons to create the dice. The dice was somewhat created using paper and sticky tape. The paper model is now dissembled and was only done to understand whether the pieces would fit together, and the size of the dice. The shapes used were too big; therefore, smaller shapes were created in illustrator and printed. This will be cut out and stuck together to make another temporary model. 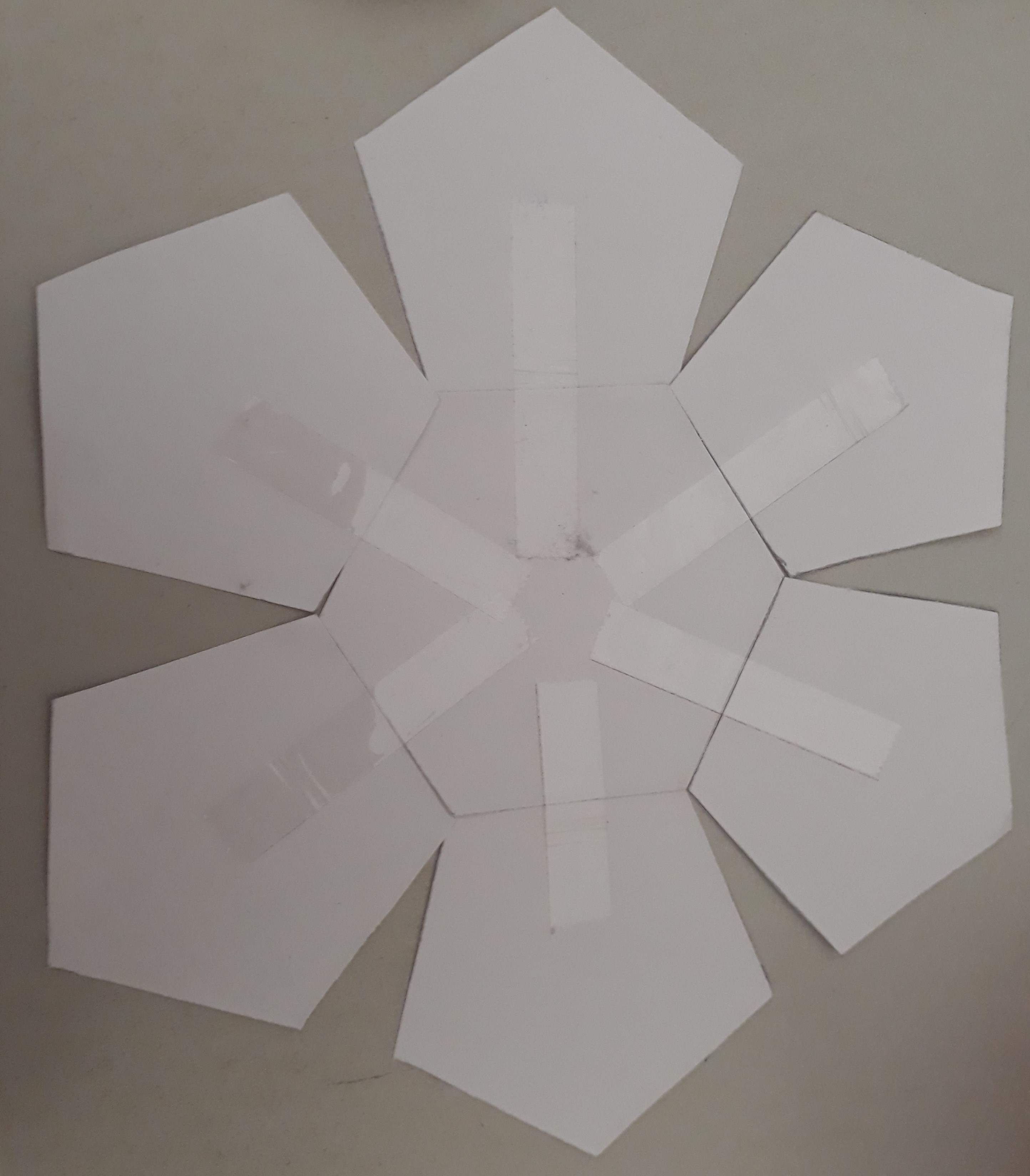 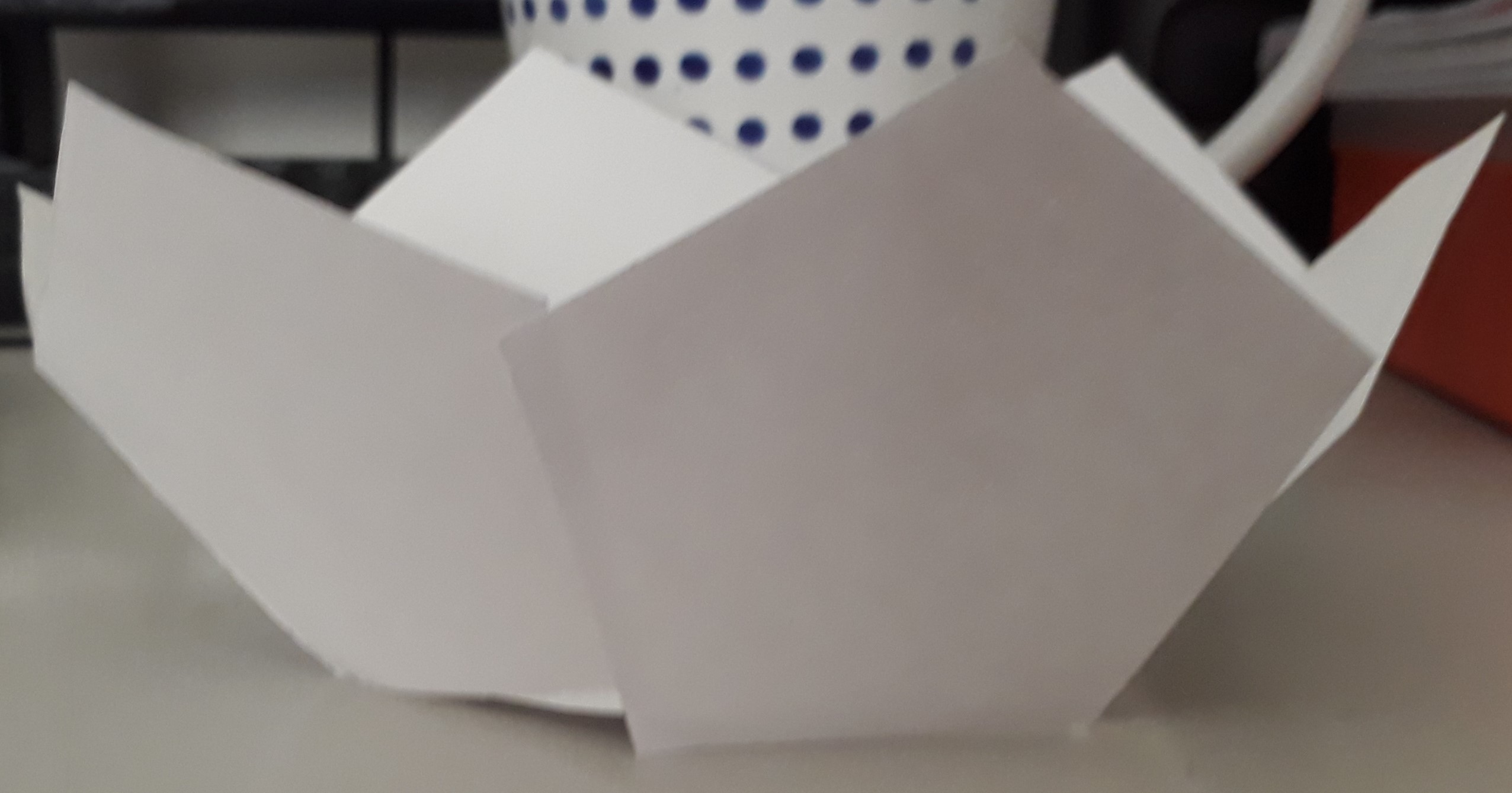 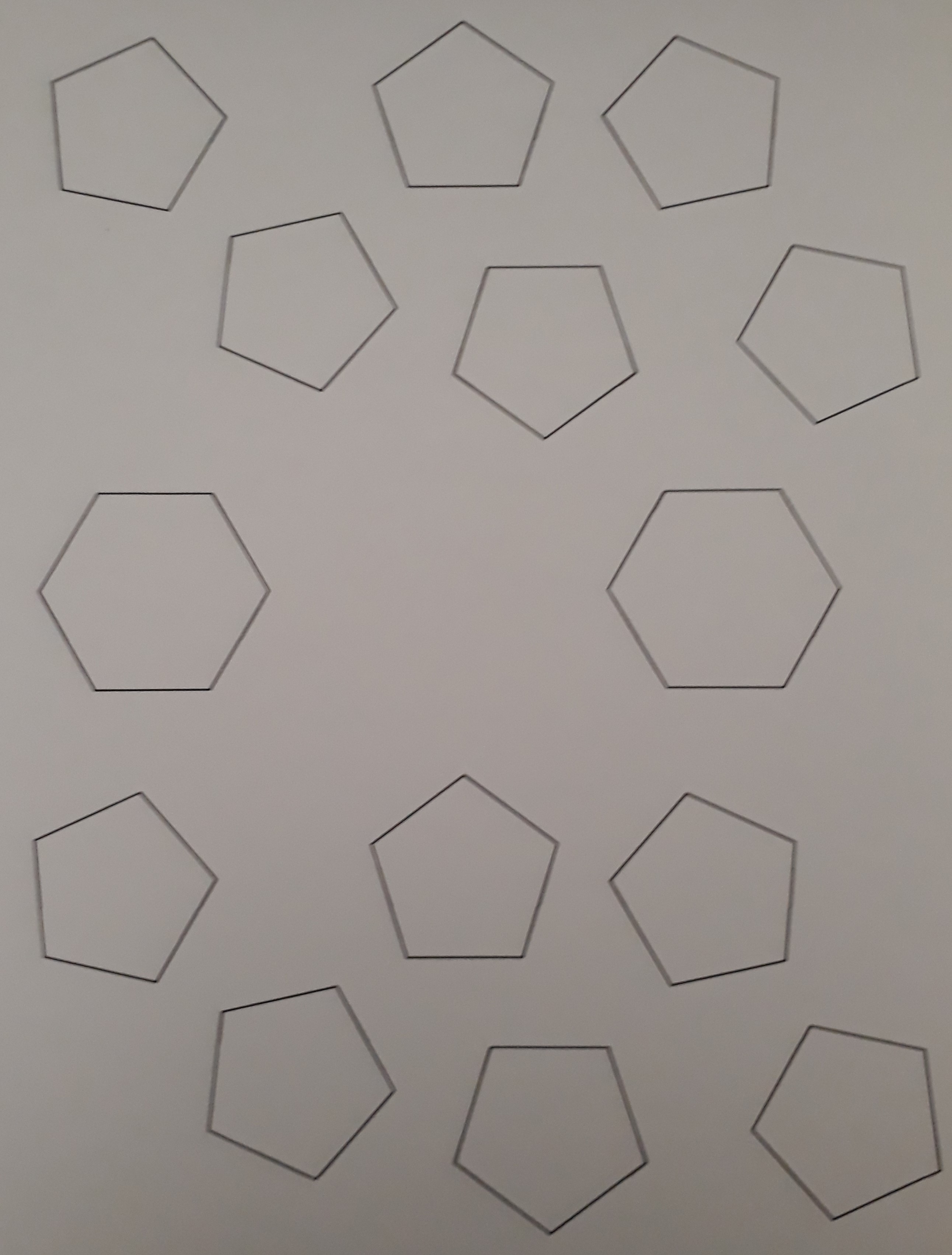 What needs to be done now is building the prototype and figuring out how to interview and user-test the target audience.