Over The Mid Sem

My mid semester break consisted of relaxing and working through some of the projects in the Arduino booklet. I have never worked with an Arduino before (and had hardly heard of it prior to this course) and so approaching this was quite daunting. I also have very little programming skills due to my dual degree not requiring many coding courses, so I'm not as confident as some of my team mates, which makes me feel a little self conscious regarding the project. The individual aspect of the project is starting to get to me slightly in terms of my confidence of the task. Going through the booklet helped a bit, however I'm still finding it a bit difficult to successfully complete some of the projects.

Getting Back Into It

Despite the concerns I have, I have finalised the general concept that I am aiming to achieve by the end of the semester. I've set myself a concept that I would like to achieve, which is a simplified version of the original Energy Saving Emily concept, mainly focusing on light. Previously, I mentioned exploring controlling air conditioning aspects or water aspects, however I feel that this may be difficult to control in such a project, hence the reason that I have gone for light, as this can be done through simply turning the lights on or off. This week I have been playing around with the Arduino kit as well as some of the items sent in the auxiliary kit that I received. I've been exploring the types of kit equipment that is suitable to my project and am discovering what I may need to do in order to bring my concept to life.

From doing some scoping online this week on ways to use the Arduino to get my idea going, I have found that the photoresistor (LDR) is a great way to measure the amount of light. Additionally, I have discovered that the 2 channel relay module that I received will be useful in being able to control power usage, such as a light bulb. These are still things that I am playing around with, but I am getting more of an understanding of the bits and pieces that will help me with my project. 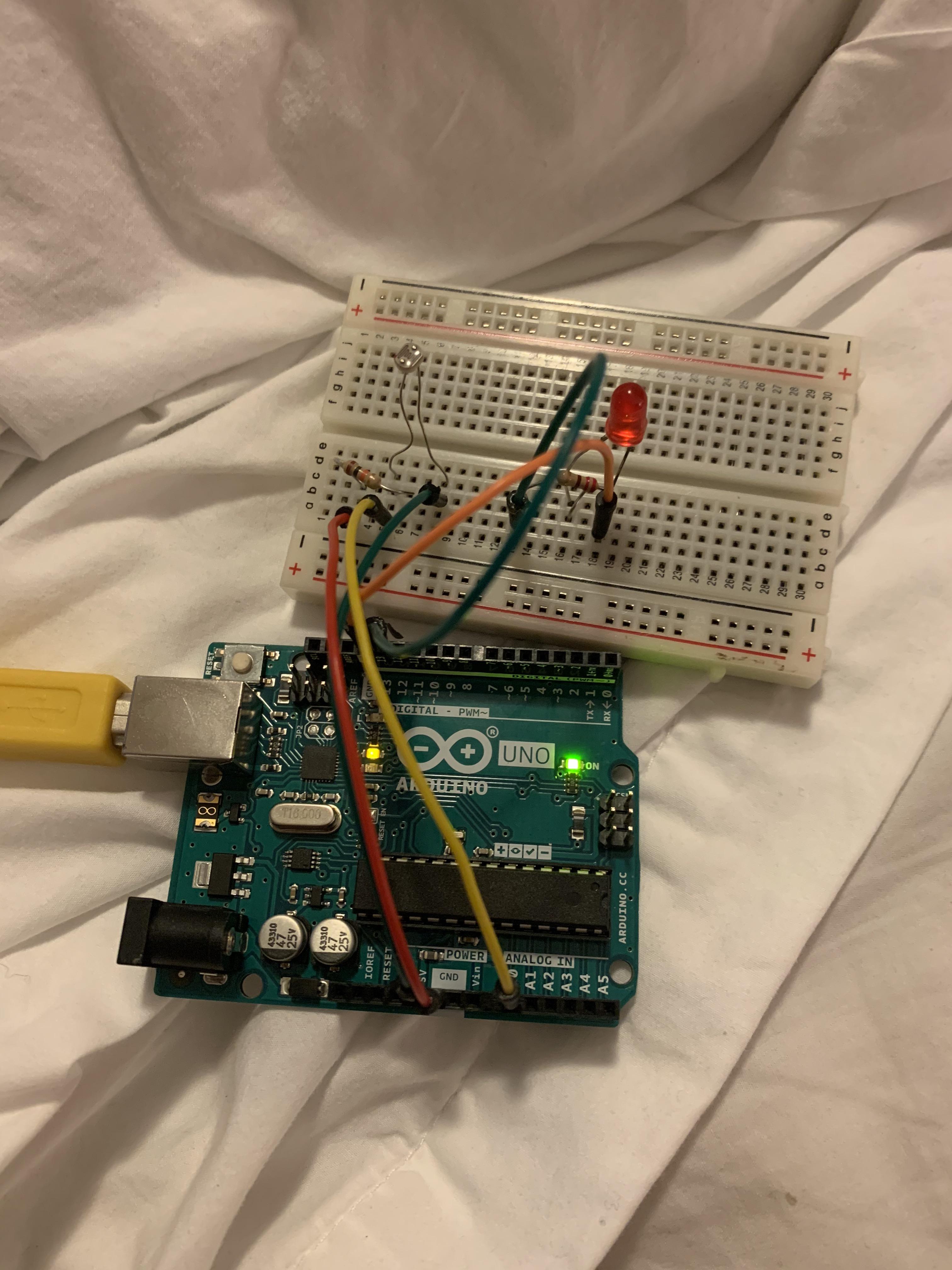 Energy Saving Emily is a household device which recognises the usage of energy within a home. My focus on Emily will explore light usage within an adult household. When Emily detects that the lights have been on for too long, she will alert the user through either sound or light (potentially both). If the user does nothing about this then Emily will restrict the usage of light in the most commonly used room of the house for a period of time during the night. She will hopefully have the ability to speak and make comments towards the user in a playful manner, as a way to engage with the user and ensure that they don't get annoyed or bored with her.

Were I to have all the time, resources and skills required to develop Emily, Emily would be able to measure a variety of energy usage elements within a home. She would be humorous, cunning and playful. The device would have a face to feel more personalised and display emotions that explain how she's feeling about the current energy usage. Emily would be able to converse with the user and provide feedback based on their power usage. She would still restrict power, depending on usage ie. aircon, water, lights.