I wasn't initially going to work over the midsemester break, but at some point I ran out of things to do and ended up trying out some sensors. I played around with some ADAfruit Neopixel LED-strips I had from last semester and refreshed my memory on how to get them to light up. 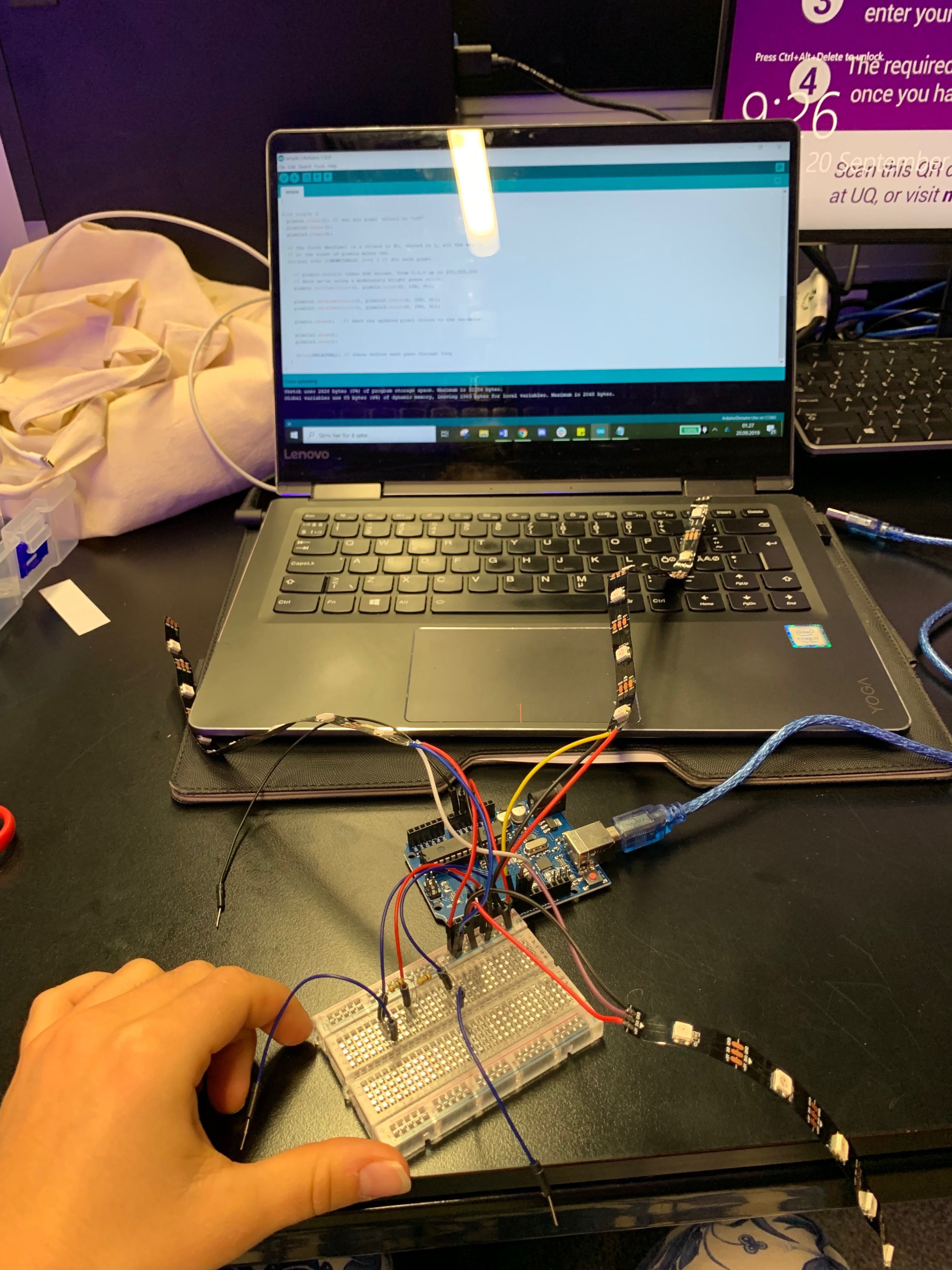 In addition, I bought some balloons. The team concept is built up of "balls" that lights up in different colours. We hadn't been able to find an appropriate form of this yet, so I suggested balloons and wanted to see if this worked as I had hoped. The ball had to be both see-through (for the colour to shine through) and squishy because one part of the concept is to detect when the user squeezes the ball. Some white balloons would fit to that description.

However, this was the result: 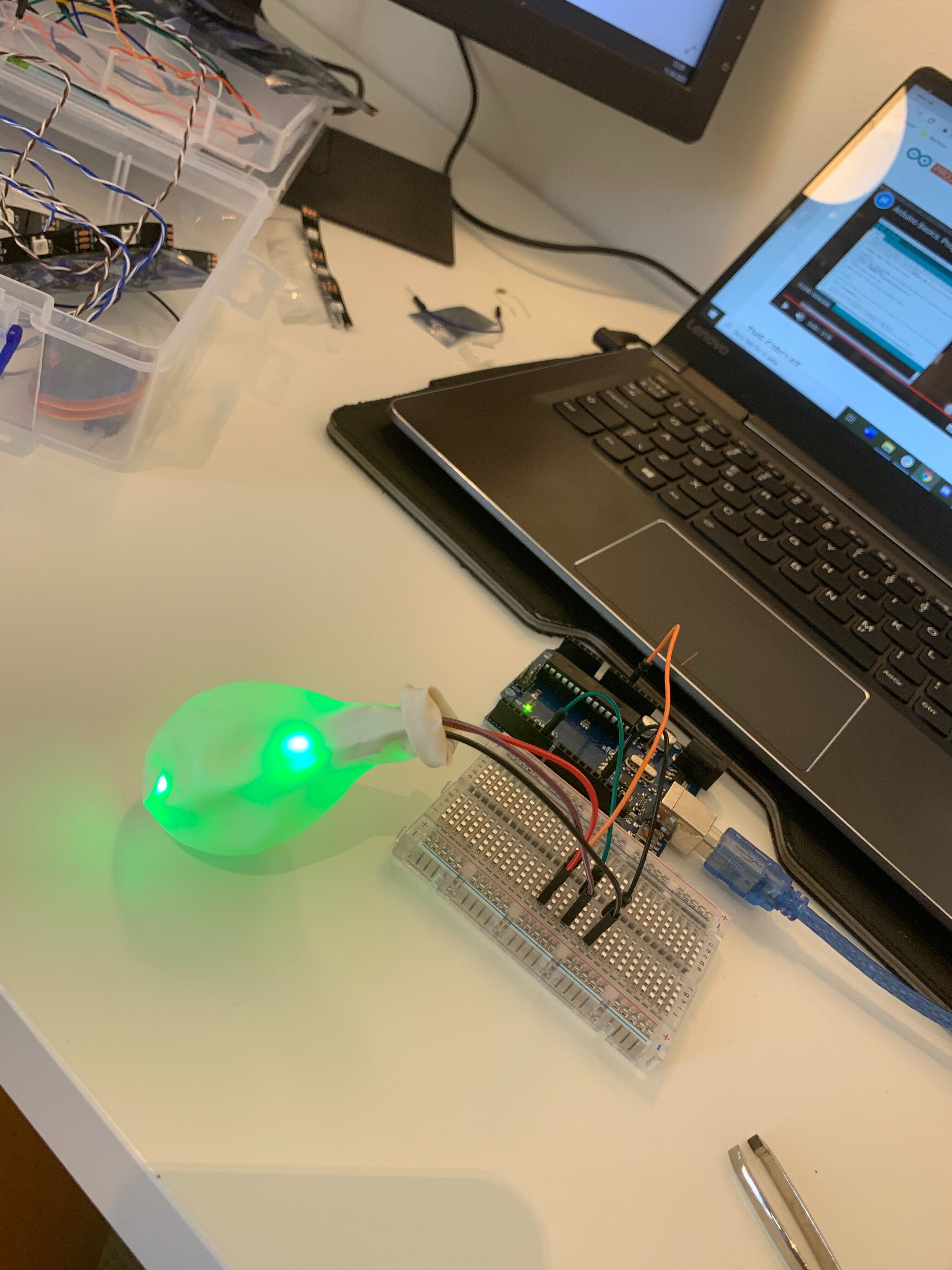 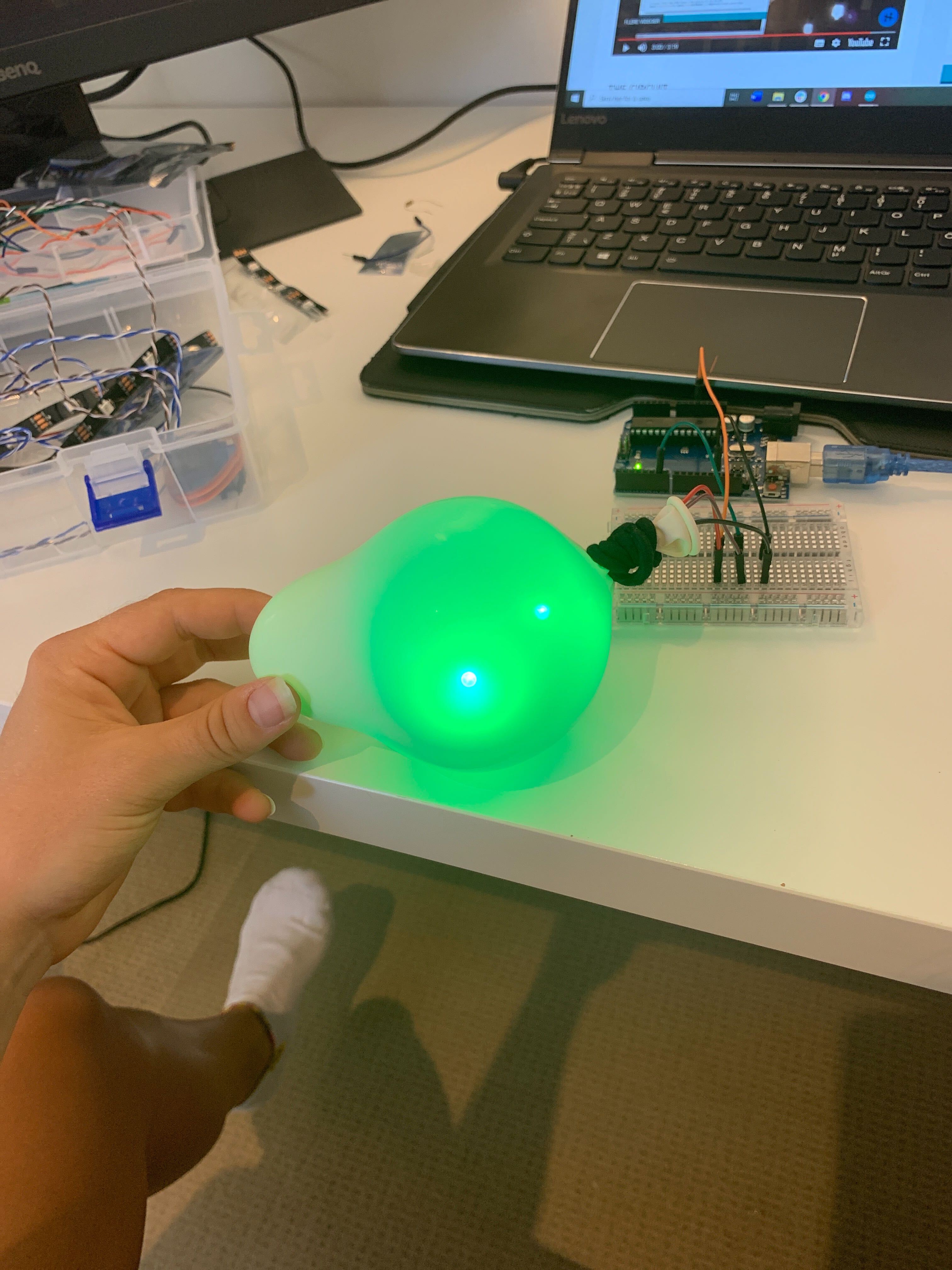 As the images tell, the "ball" didn't really end up looking like a ball. In the meantime, however, the boys in the group had been out shopping and found some other balls we could potentially use. 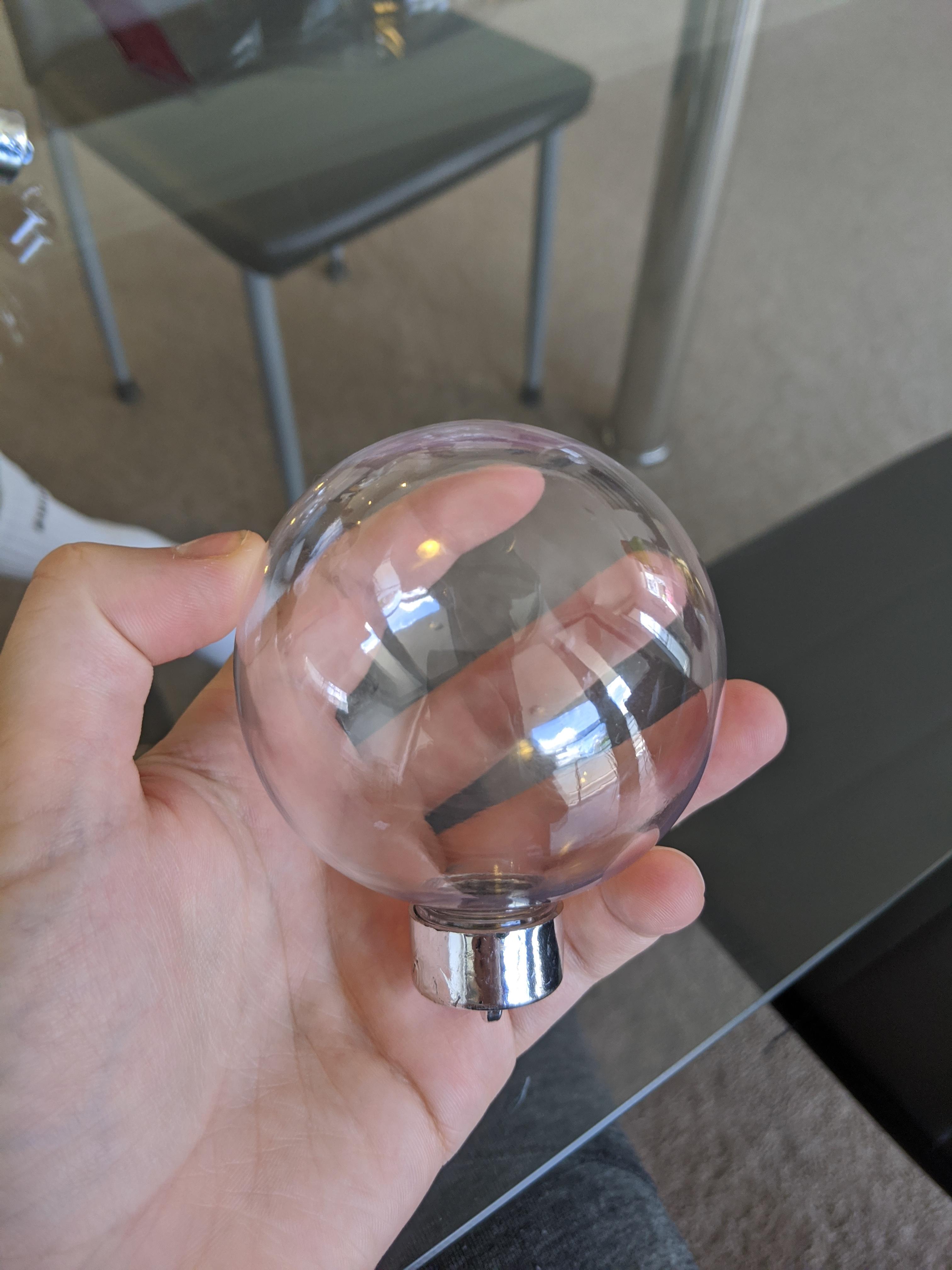 Later in the week I went shopping for the same balls, and are yet to try them out this week!

Our group also ended up paying for express shipping for the sensors we wanted to come as fast as possible (1-2 days), since we saw that the Auxiliary kits wouldn't come in time. Instead of 1-2 days, it took a full week, so that was a bit annoying. I went to Thomas and Sigurd on Sunday to pick them up and then met Marie at the University to give her her part.

In addition to the balloon trial I ended up planning and starting my diary studies as well. I asked 5 of my friends to every day write down 1-3 messages and a colour related to that message. This was after explaining the concept to them via email. Throughout the week I reminded them sporadically but they all seemed to remember pretty well. I got the results back on Sunday and planning to analyse it today, excited to see what they did! It will both be interesting to see how they interpreted the task and what kind of messages they would send (they were asked to send mostly positive, but venting was also fine) and what colours they used. I will also use the results to see what kind of colours are the most common ones so that those can be the first ones to be displayed on the ball.

Unrelated to the course, I somehow got caught with an amazing productivity and creativity over the break; I learned how to juggle, completed an online course on UI, started making my own website (with backend from scratch!), worked on my thesis and a whole bunch of workout/stretching things.

This week I will focus on the prototype; start playing with the vibrating sensor and try to map that out together with the LED-strips, and finally put it together in the ball.

I will also aim to plan interviews and to gather and analyse the data from the diary studies.