Spud is a small robot personal assistant/space manager that sits on the user's shoulder. It uses its face expressions and body language to convey its feelings and its sassy personality..

Depending on the mood of the user, Spud can switch between two modes: distancing others and befriending others. This helps the users in two different types of awkward and embarrassing situations like rejecting someone or trying to befriend them.

A simple prototype was built with cardboard to think about the look and the actual size of Spud and positioning of its technical parts inside. 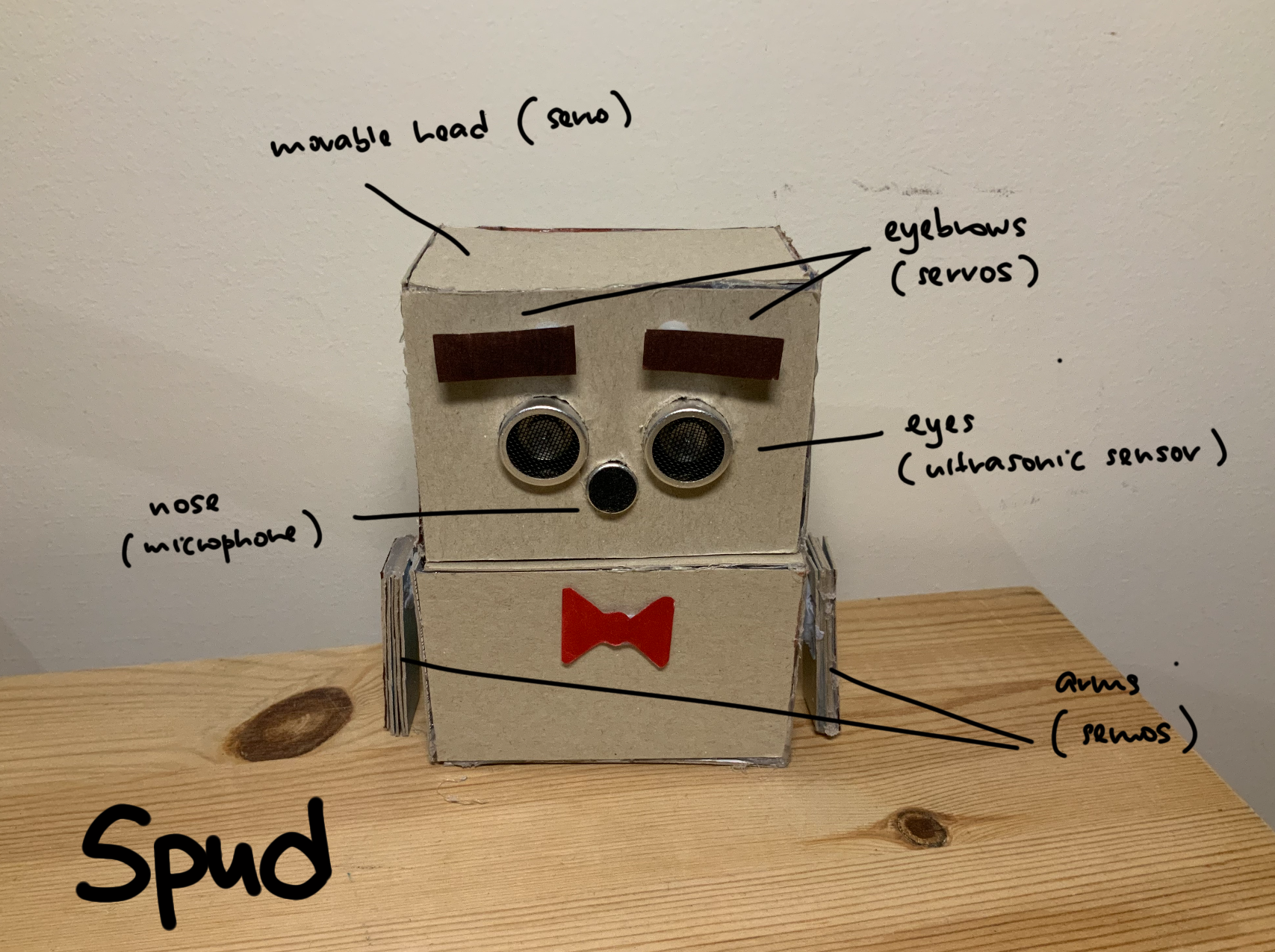 I will start working on the movement of the eyebrows, head and arms with servos. Research has to also be done to think about using cameras and facial recognition instead of the ultrasonic sensor.