In recent years, there has been a serious decline in youth learning languages other than English (LOTE). This has negative ramifications on children’s ability to retain information, their creativity and problem-solving capabilities.

In response to this problem space, a concept has been ideated which aims to increase the cognitive capabilities of primary school students aged 5-9 years. Meet Mort. Mort is an innovative and interactive approach to teaching linguistics – specifically, Morse code.

Mort is an alien who has crash landed on Earth and wants to communicate with us humans in the comfort of our own homes. Unfortunately, he only speaks in Morse code.

Well, not quite. Mort is a children’s plush toy, around the same size as a soccer ball. Mort’s legs are used as the primary input method to ‘talk’ to him. For context, Morse code is made up of a combination of one to four dashes and dots. On Mort’s face there is an English letter the user is required to encode so that Mort can understand them. The user squeezes one of Mort’s legs that they believe is the correct input (eg: ‘-‘ for the beginning of the letter ‘y’) and Mort’s eyes then provide visual feedback for this input method. Once the user has completed the input, Mort vibrates the code that was entered while his eyes change colour to indicate if the interaction was correct. If it was successful, the user moves on to the next letter. If not, Mort vibrates the correct code for the user to decode again.

Mort hopes to bring peace and teach code through his playful interaction approach which can be used everyday for children aged five to nine years. Or, as Mort would say “- -.--" 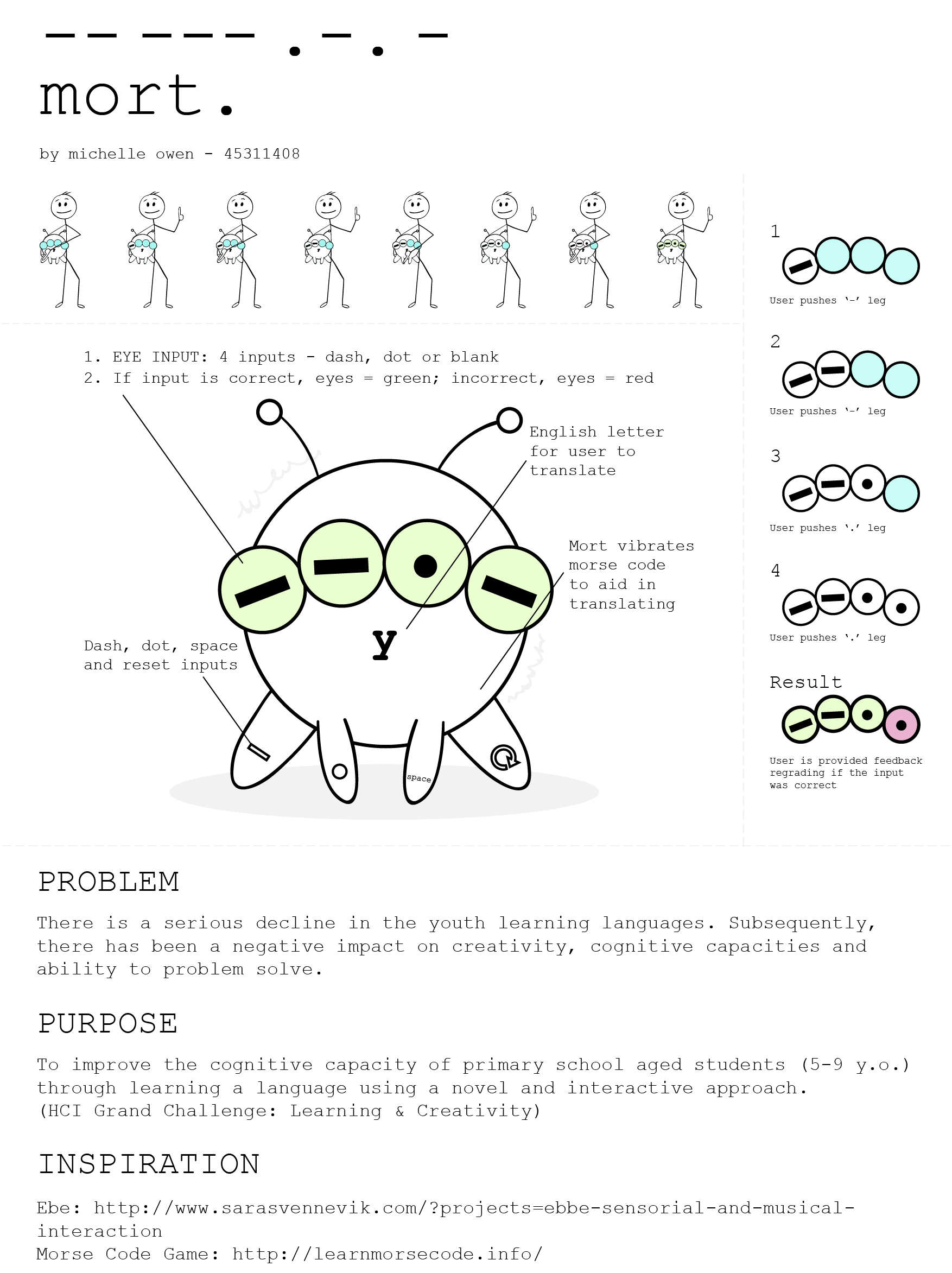 REFLECTION: Looking back I still see a lot of potential for mort. He is a very endearing design that has the ability to promote an emotional connection with the user. However, I do now recognise that he only facilitates a very narrow and close-ended interaction approach. There is simply a 'right' way to interact with him. Perhaps the injection of a personality of sorts could be beneficial for this design. Also having mort act as a translation device over that of a validatory system. Nevertheless, I think with further iteration he absolutely has the potential to be a playful and open-ended interaction