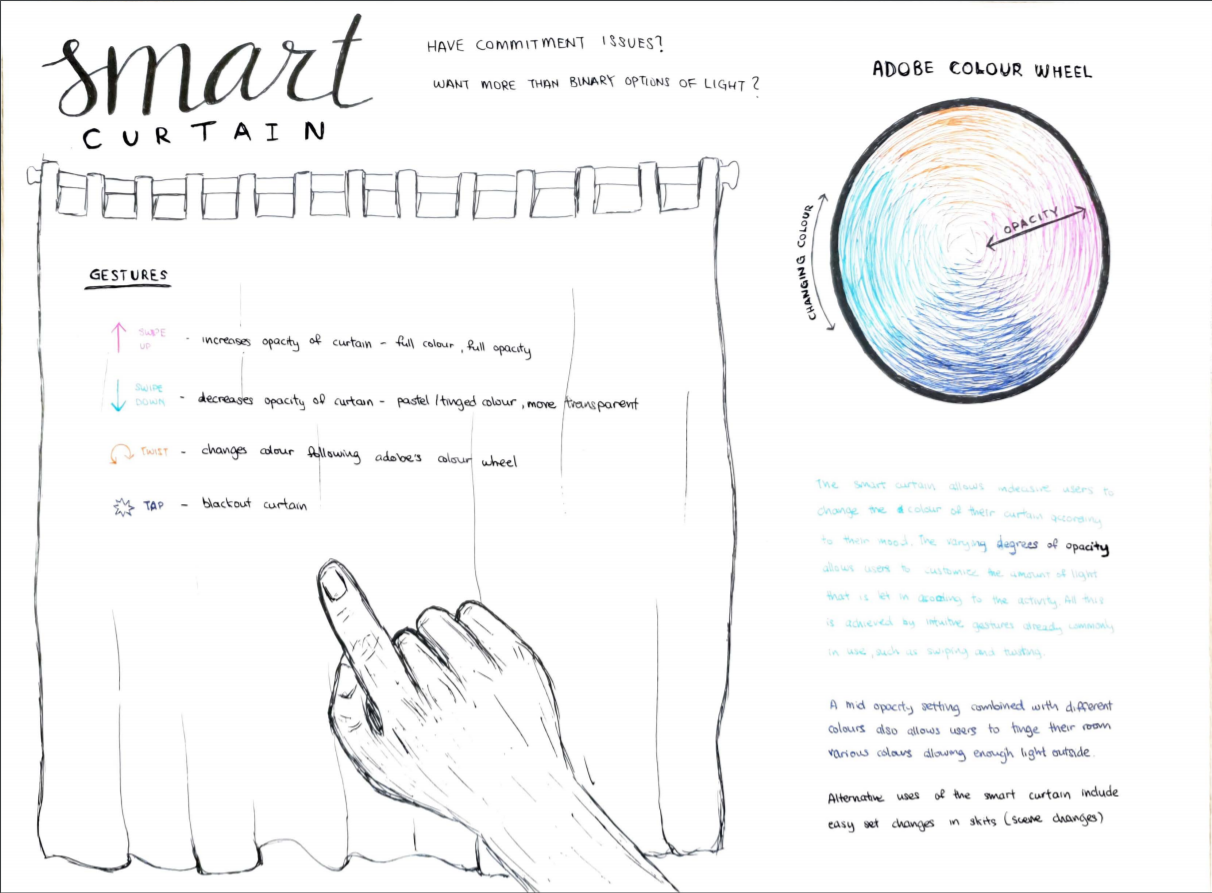 All this is achieved by intuitive gestures already commonly in use, such as swiping and twisting. The user can swipe upwards or downwards anywhere on the curtain to increase or decrease the opacity of the curtain, controlling how bright they want to room to be. Meanwhile, a five fingered twisting motion allows the users to change the colour, according to the adobe colour wheel. The learning curve isn't too steep as the colour wheel is intuitively following the colours of the rainbow, while even if users do not remember the order, are able to still keep twisting until it reaches their desired colour without too much effort.

A mid opacity setting, combined with different colours also allows users to tinge their room various colours, allowing that there is sufficient light coming in.

During this ideation process, I thought through the problems I faced in the past few months, and having moved house and designed my new room was unable to decide on colours as i liked many different options as well has wanting more than binary options of light.

Alternative uses of the Smart Curtain also include easy set changes for stage productions, providing simpler ways to change the tone or mood of each scene.