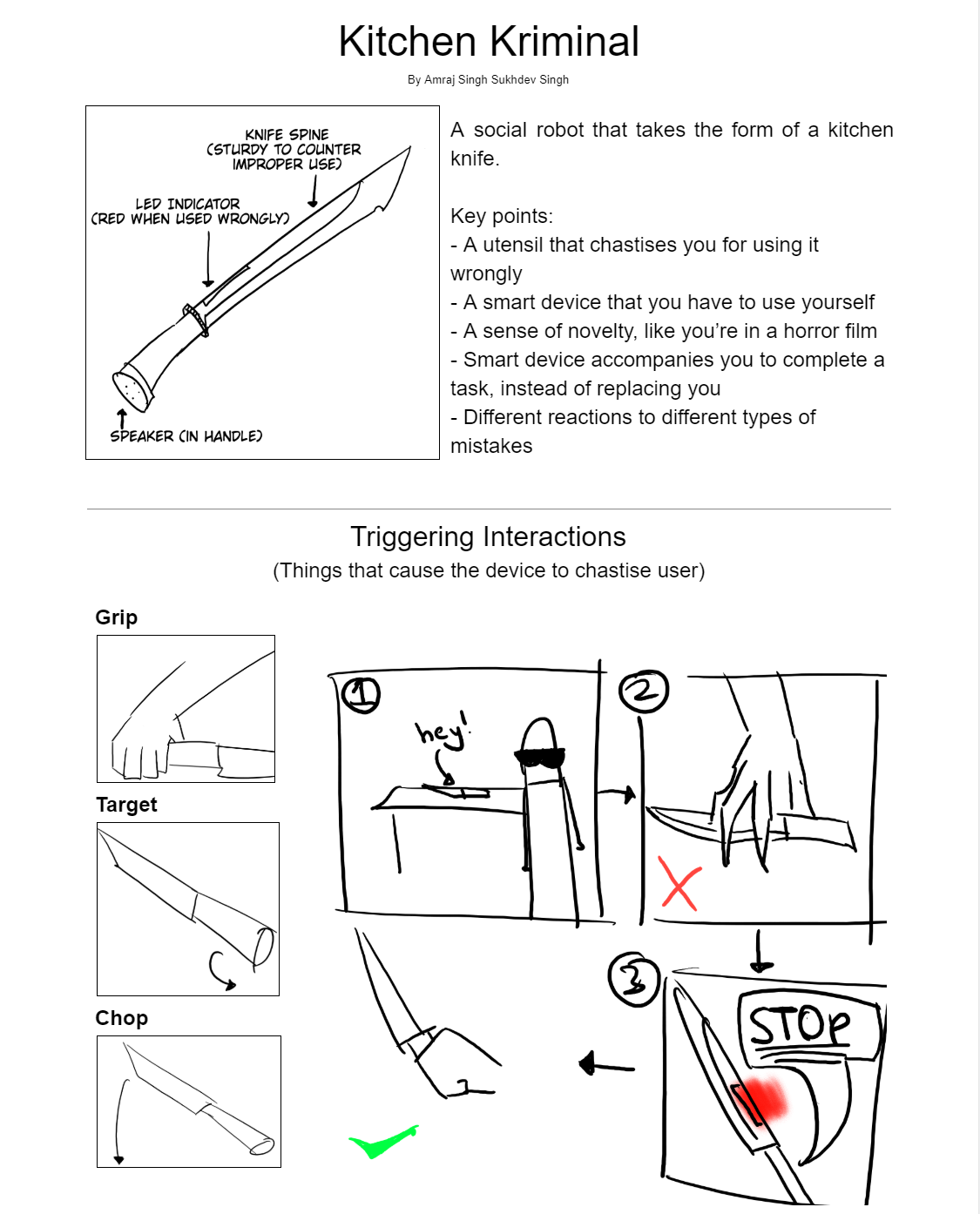 A knife that is a social robot. Use it wrong, and you'll be chastised - becoming a Kitchen Kriminal, if you will, because you're breaking knife safety rules. The intent, the knife engages in a brief conversation with you depending on how you used it wrong.

An increasing amount of people have trouble learning to cook as the later it is that they start[1], and I believe one of the many opportunities to address this starts with the simple act of handling a kitchen knife safely.

From experience, there's at least three interactions are at the heart of using a knife safely - proper grip, a safe angle so the edge does not chip, and appropriate force to smoothly get through ingredients and reduce dulling.

To a lesser extent, a response to the topic of Human Technology Symbiosis from Week 1. A significant amount of smart technology simply expects to be let into your home, where it sits idly the whole time, until you tap a button to activate it.

I wanted this smart tool to be more engaging than that, even if it only has humourous retorts to you misusing it... It's a companion rather than a substitute. "You" are using the smart tool to get a task done, and it helps you do that, rather than taking "you" out of the process entirely save for hitting a button.

Modified from an idea in response to the prompt "design to enlighten in the kitchen using x with the property of disgust".

Additionally inspired by the idea of how in horror movies, the antagonist may be compelled by their tool of choice to chase down unsuspecting individuals. I didn't have a specific film franchise in mind... just the idea of it being very creepy to have a sharp object that talks.

[1] (Background reading on learning to cook)