The project is well and truly underway. We have had a few weeks over the break to play test with arduino and figure out the 'how' for our project.

So what is it we are trying to achieve?

Our idea is a robotic companion (sent from the future) to warn its family members of the troubles of technology. It seeks to see you reduce your screen time, so that it doesn't overtake your life (like technology did in the future). From a health perspective, there are links between too much time looking at TV and computers and detrimental health affects such as sore eyes, tiredness, as well as neck and back problems.

The Bat Sqwad is working together on the same project, each focusing on different aspects. My aspect is looking into how to hack into TV's and computers. In order to do this, we are going to use IR sensors. In order to control devices which aren't controlled by IR, I am going to use either the Bluetooth module HC05 or the ESP32 which is like the Arduino Uno but more powerful with built in Bluetooth and WiFi.

In order to get the required sensors, instead of buying my own, I repurposed a few from an old RC helicopter. RC helicopters are great, as they contain both a receiver and emitter sensor. 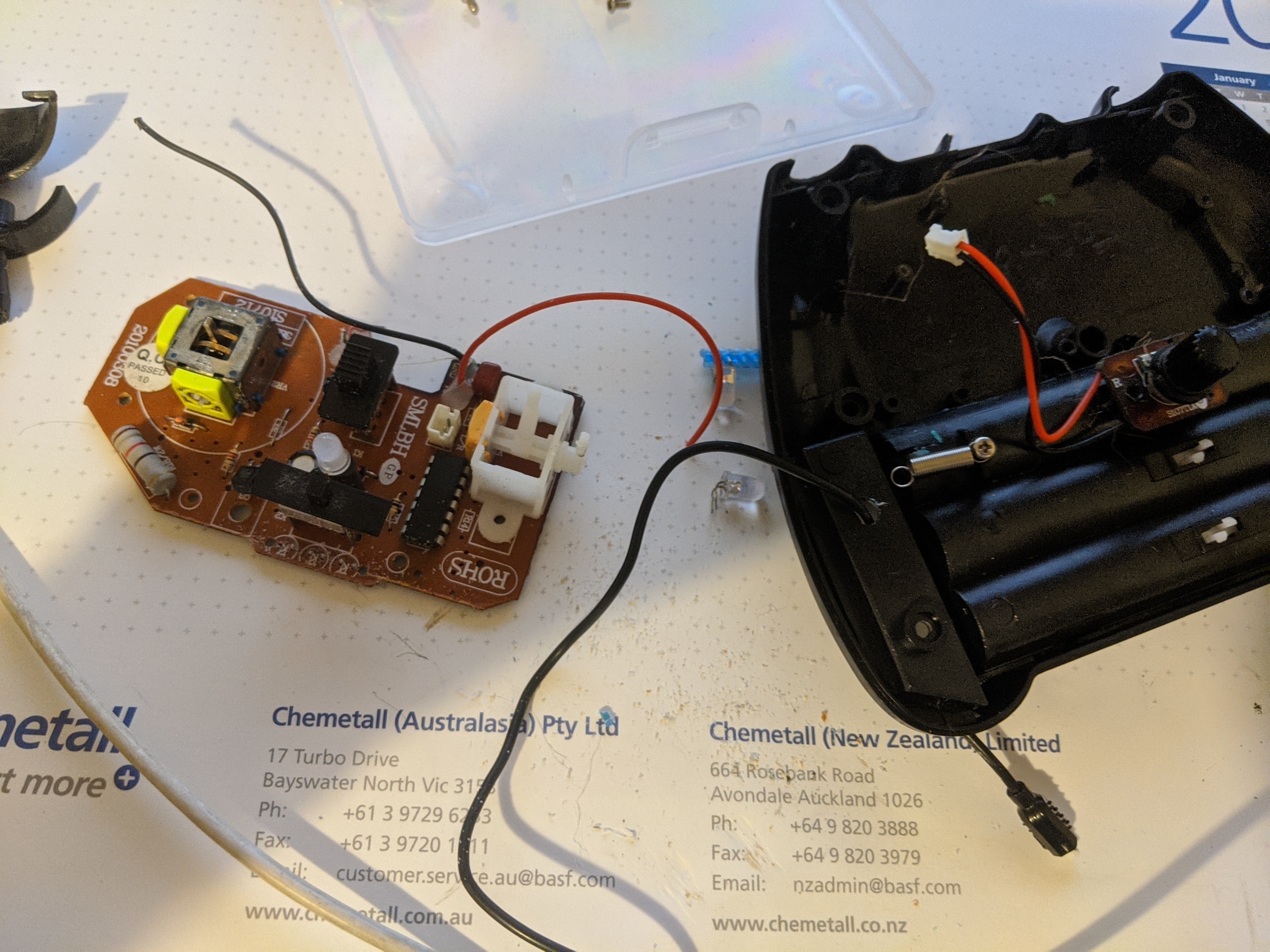 Pulling apart RC remote. The clear looking LED is an IR emitter. This remote had 3 in unison to connect with the helicopter. This allowed for a wide beam of data being sent unlike a straight beam sent from your TV remote 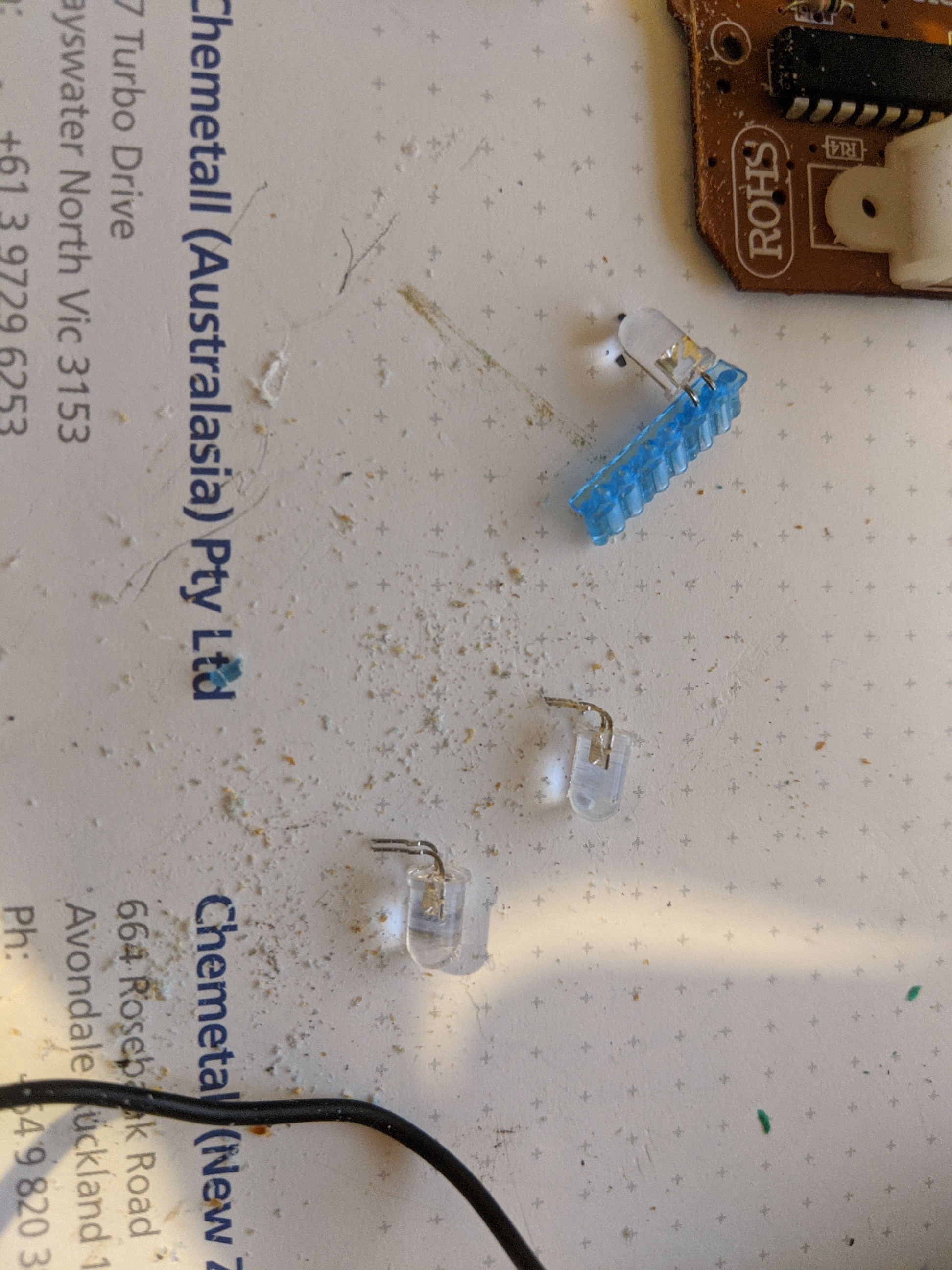 The IR emitters. I used a Gerber saw to cut them off. 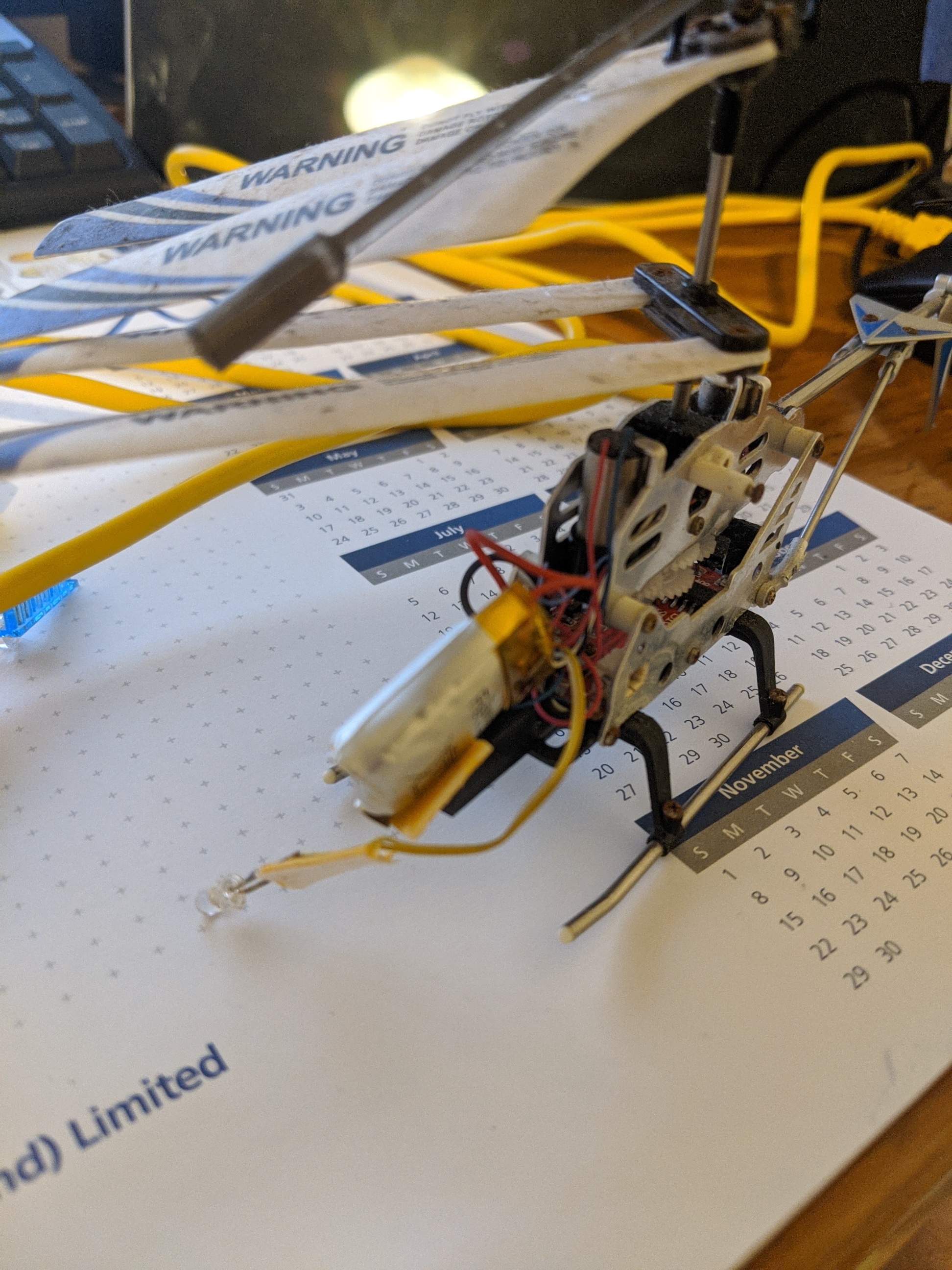 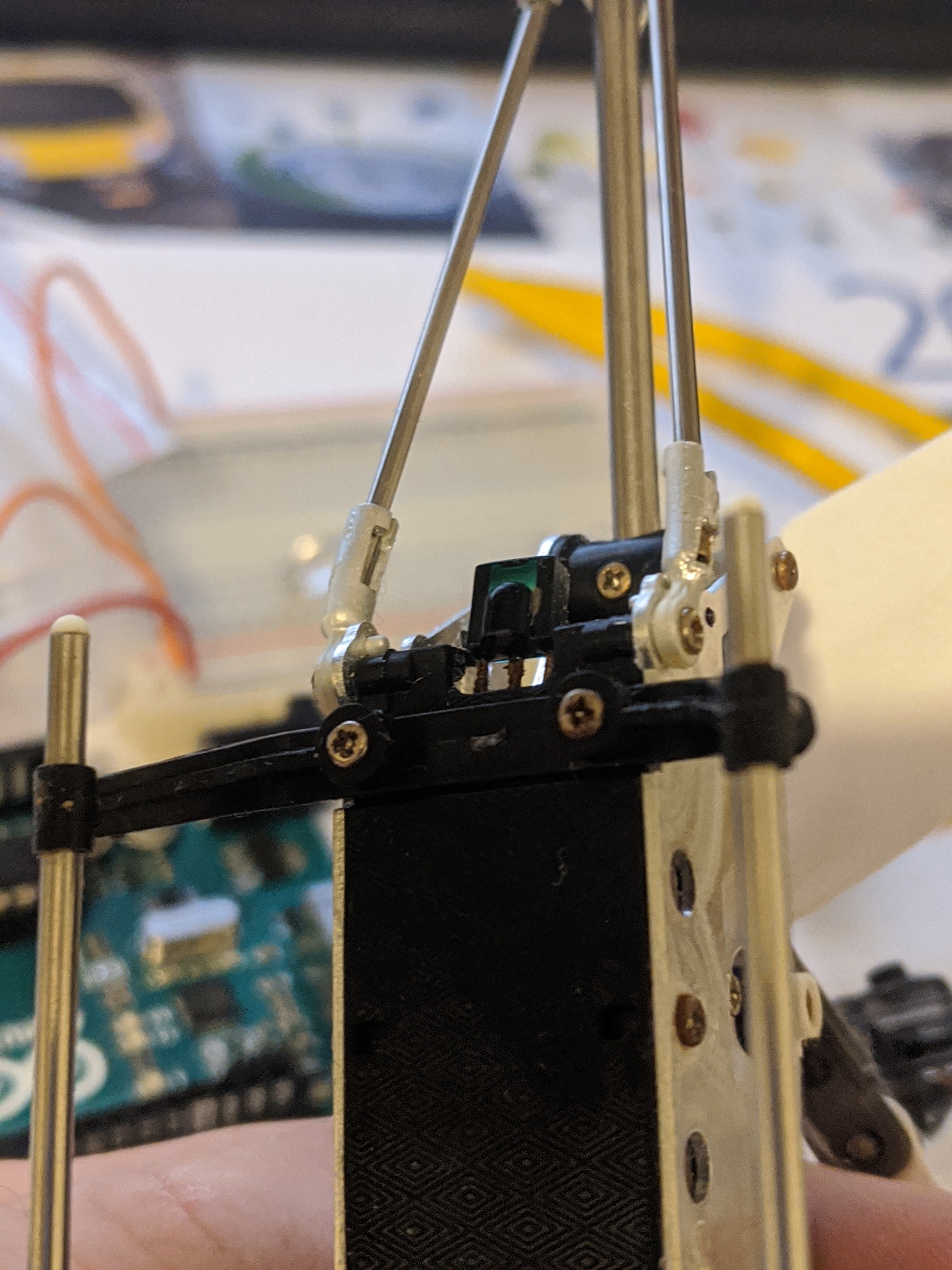 The helicopter with its protective casing removed. IR receiver location. Had to fully dissemble the copter to get to the chip it was attached to. 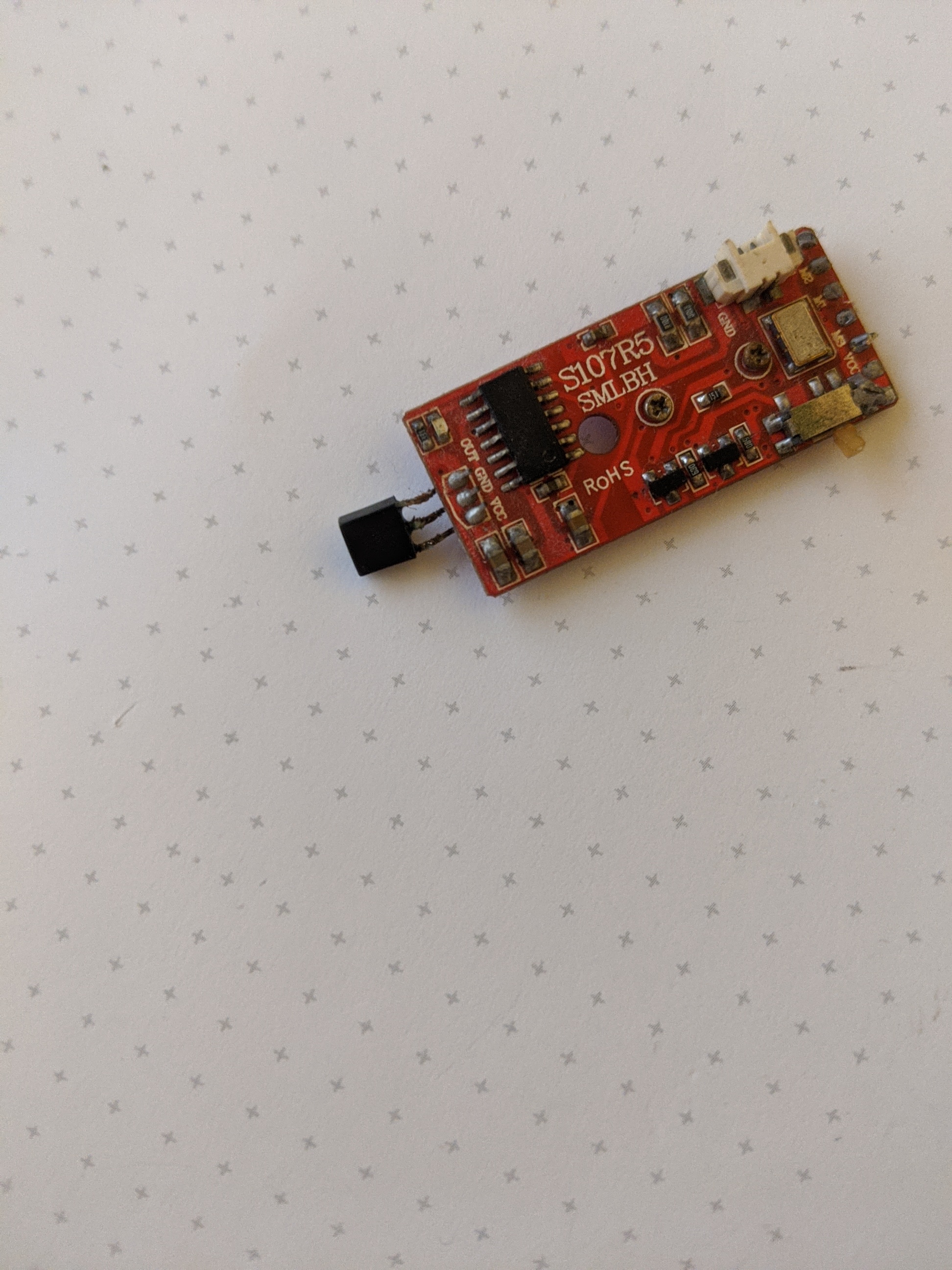 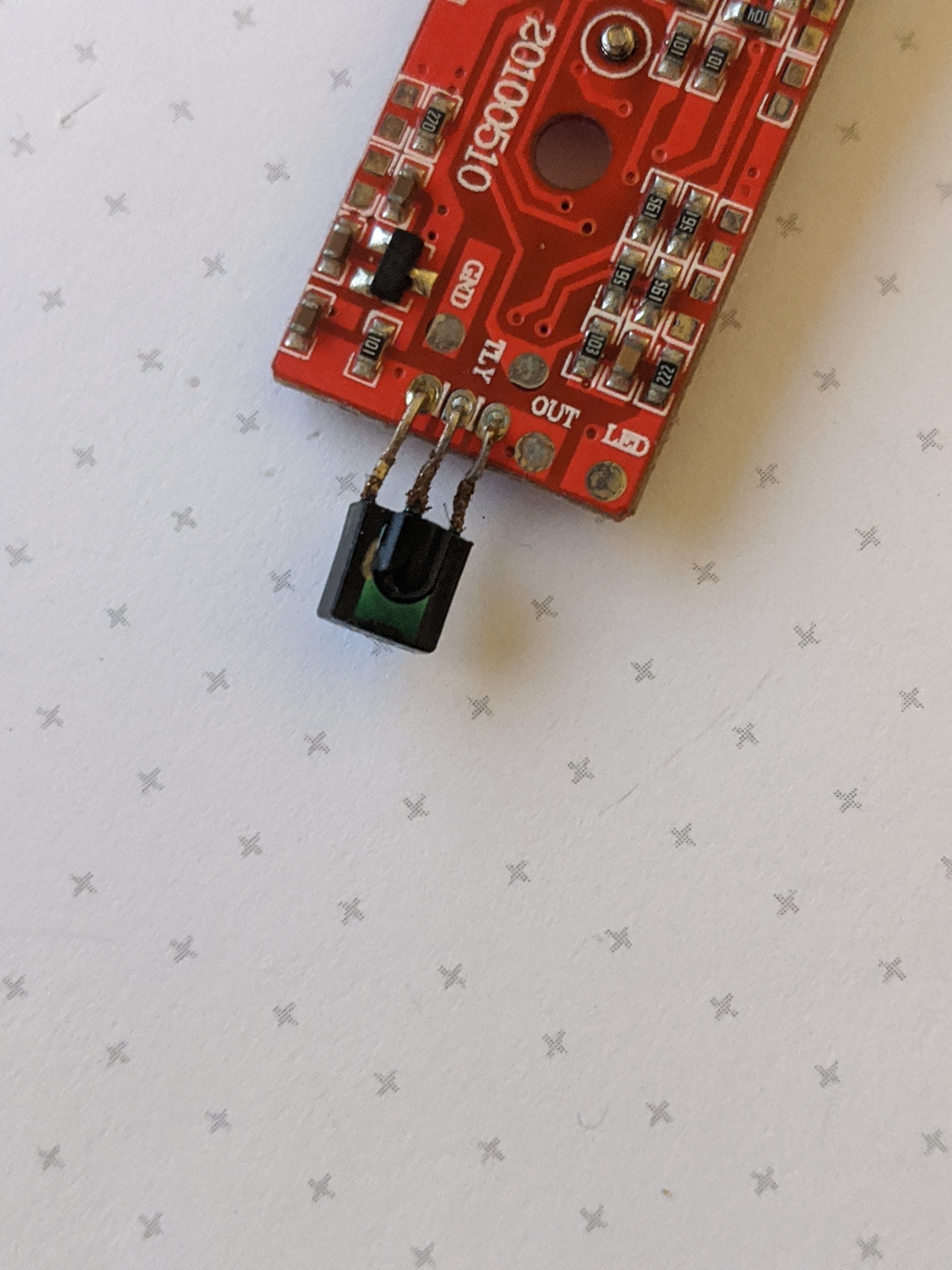 The brains of the copter with the IR receiver. Clearer shot of the receiver - I was a bit worried because of rust. 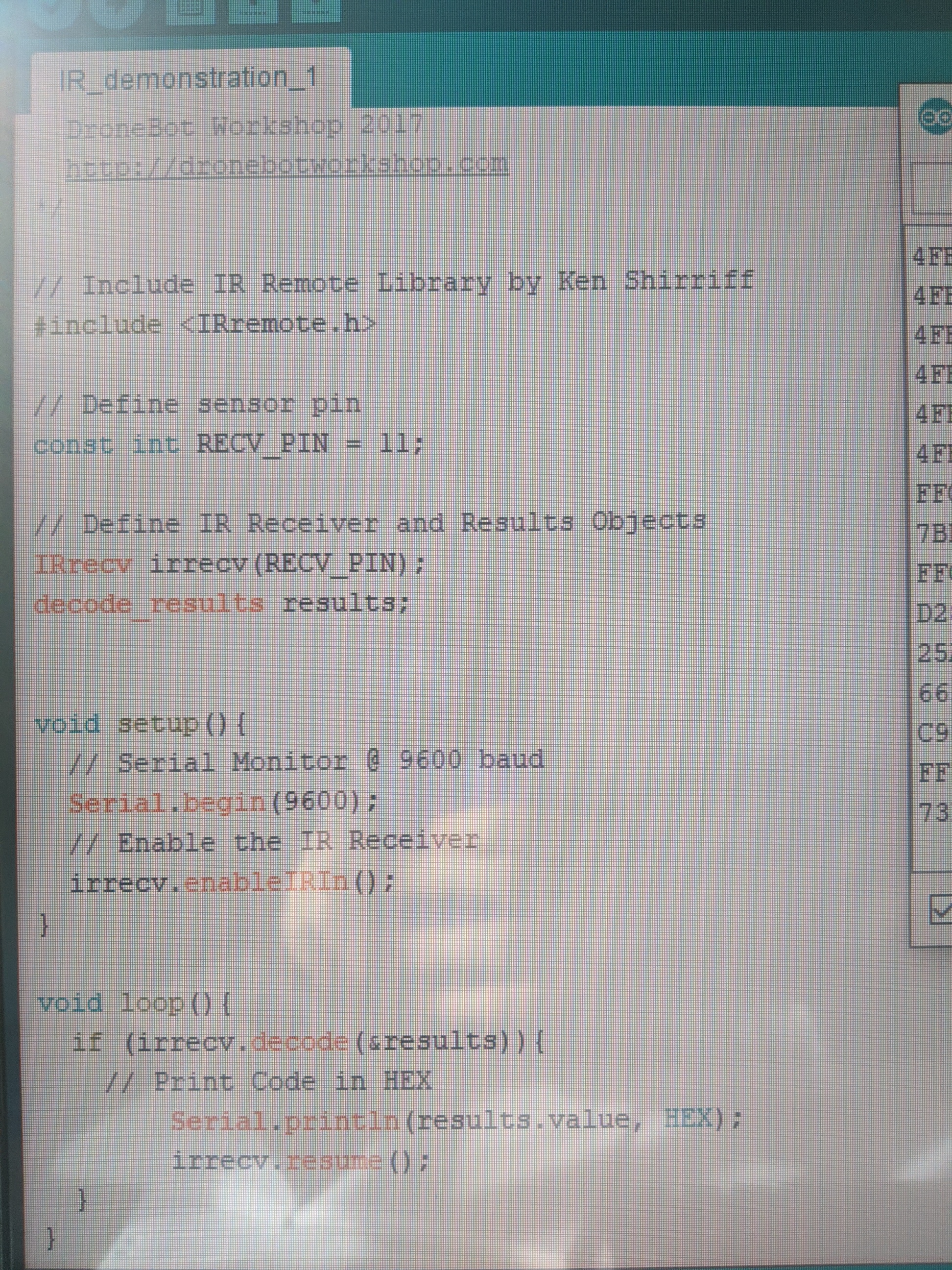 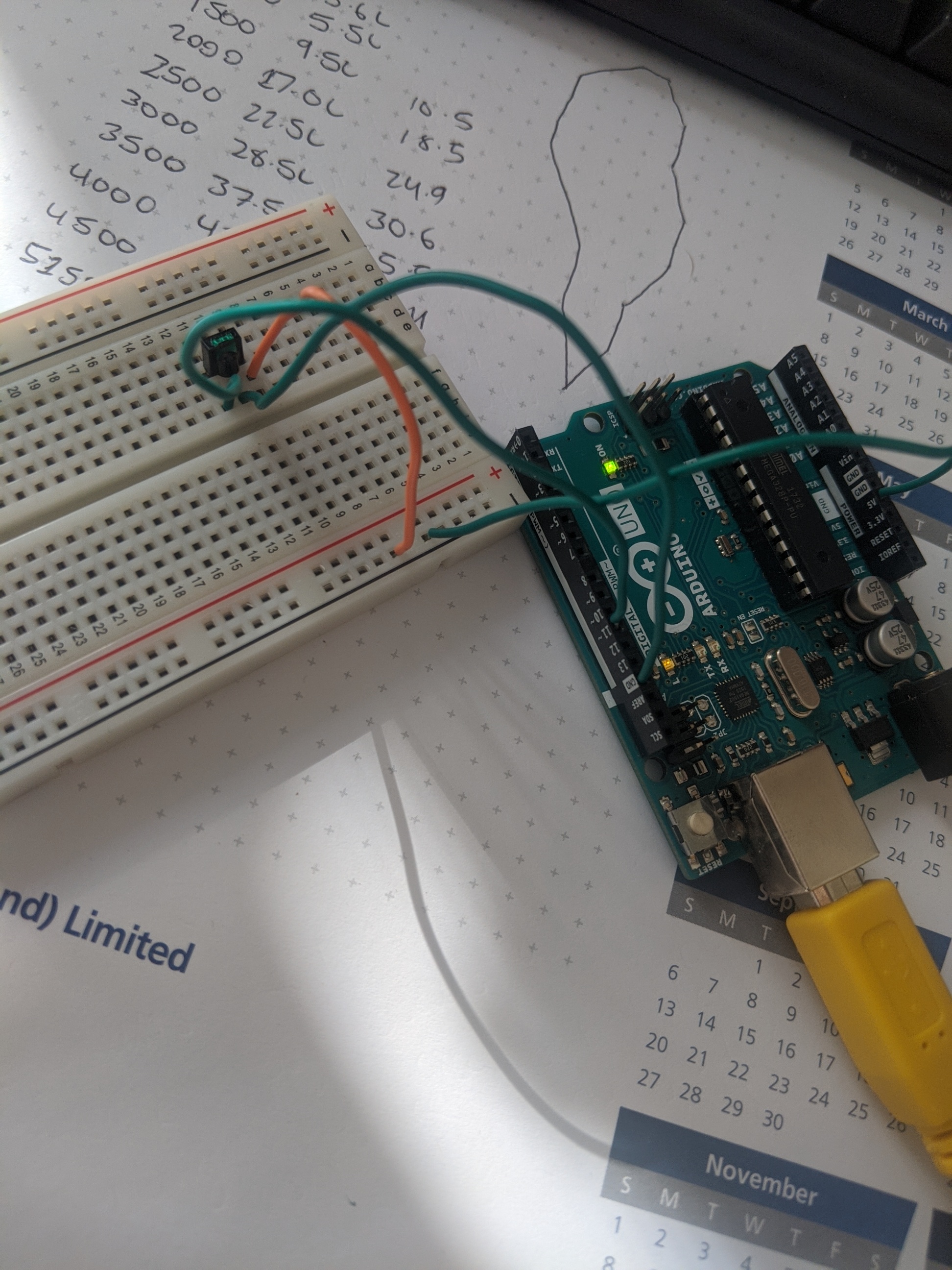 Using this program, I was able to test the receiver by hooking it up to Arduino and aiming a remote at it. The setup was quite simple. A power line, ground and line to a pin. 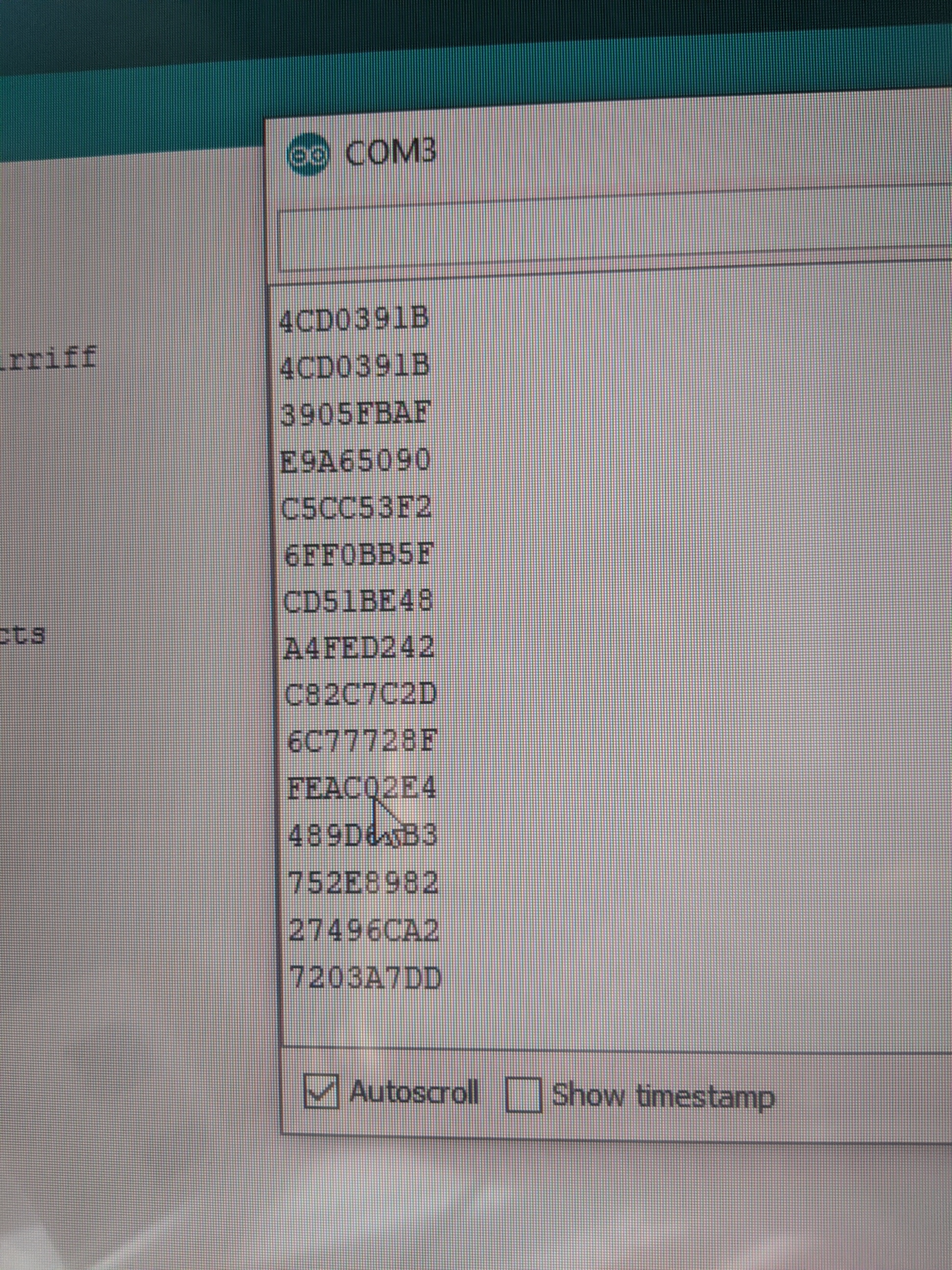 These are the hex codes shown when a button is pressed. I can then use these same codes and emit them back to the TV to have the same effect. For example, the turn off button has the code 4CD0391B, I can then program an emitter to send that code back through the Arduino and hack the TV. This is the future plans.