My laptop is back and running! This week, it was really nice seeing different projects of everyone. I was surprised that there were so many things that can be done. I only used servos, microphone and ultrasonic sensor but there were colorful lights, beautiful screen displays and even technology to "hack" the television and laptop.

From the feedback I received, they said that the noise that the servos make when moving was too loud which might effect the experience of interacting with it. I think it is because I got cheap, analog servos instead of digital ones. I won't be able to do anything about it but I kind of like the sound it makes, the old, traditional robot sound. Suggestions were also given that instead of using a microphone piece, I can use my laptop and Unity speech recognition. I will definitely look into that and integrate it in Spud.

For my video, I first drew storyboards for each part and wrote down my script. I then asked my housemates for help with interacting with Spud while I recorded the video with the iPad. We had a lot of fun doing that and they kept laughing at the gestures Spud makes. I then took all the video clips and edited them into a video with Adobe Premier Rush and did a voice over. 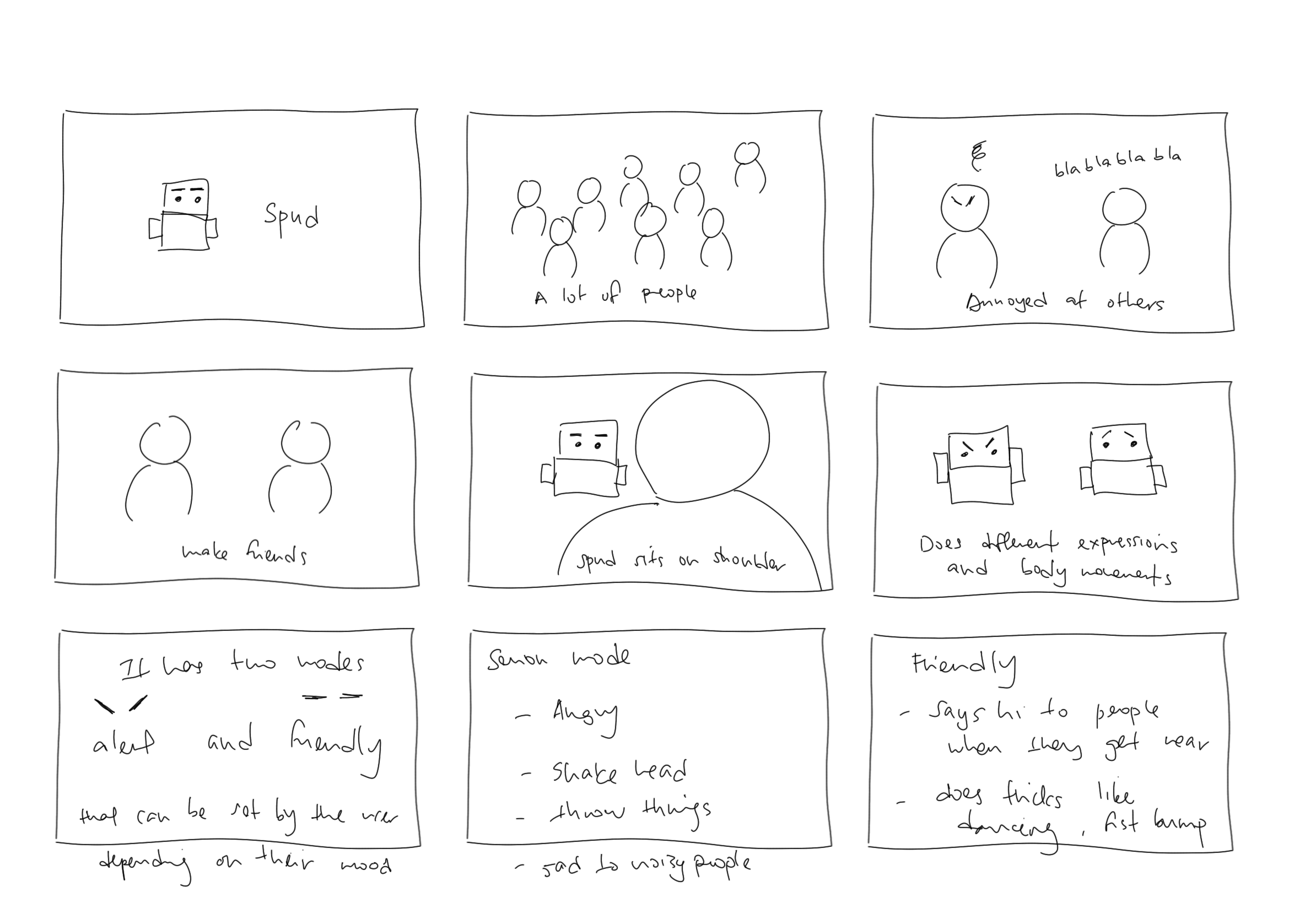 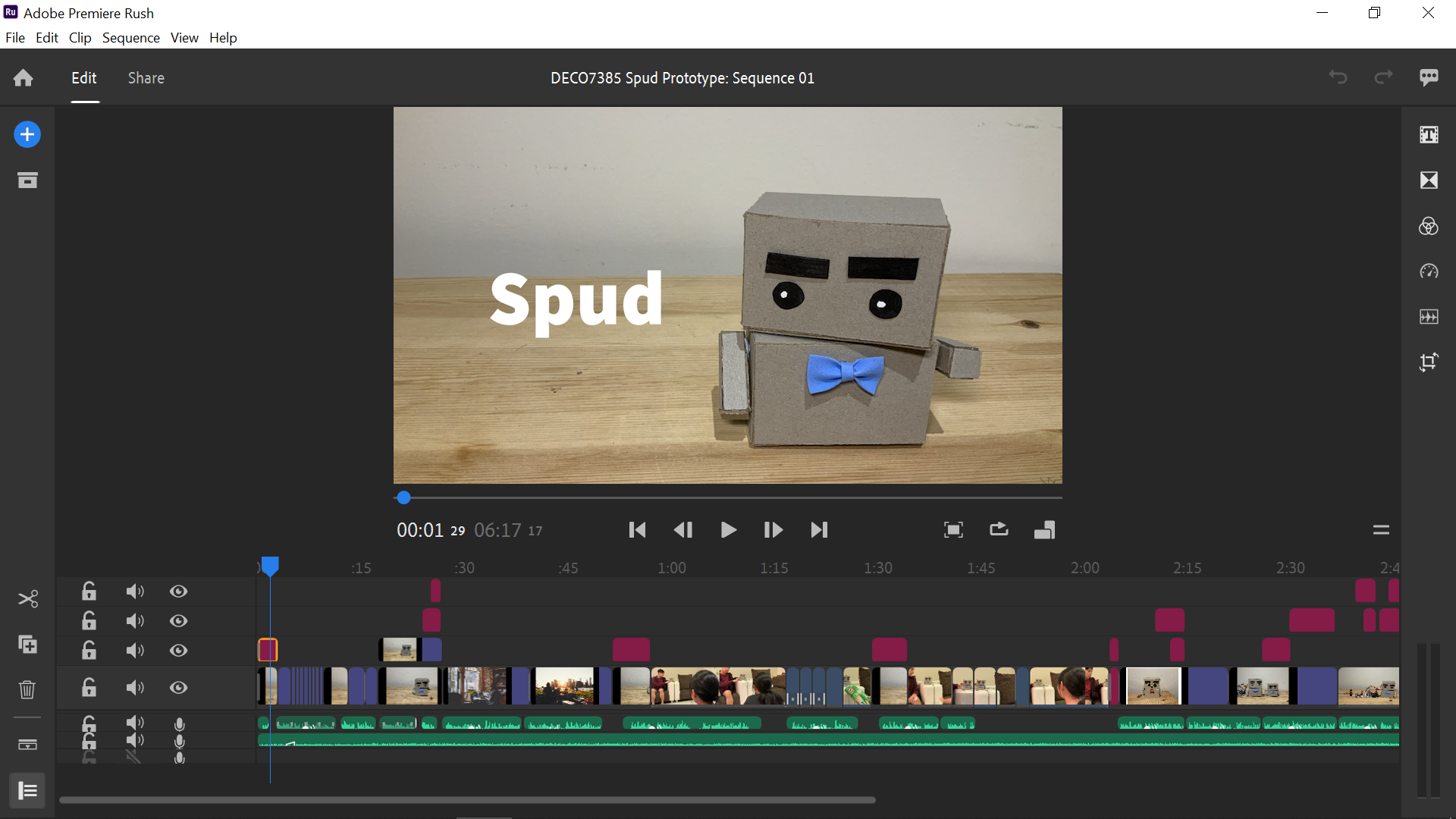 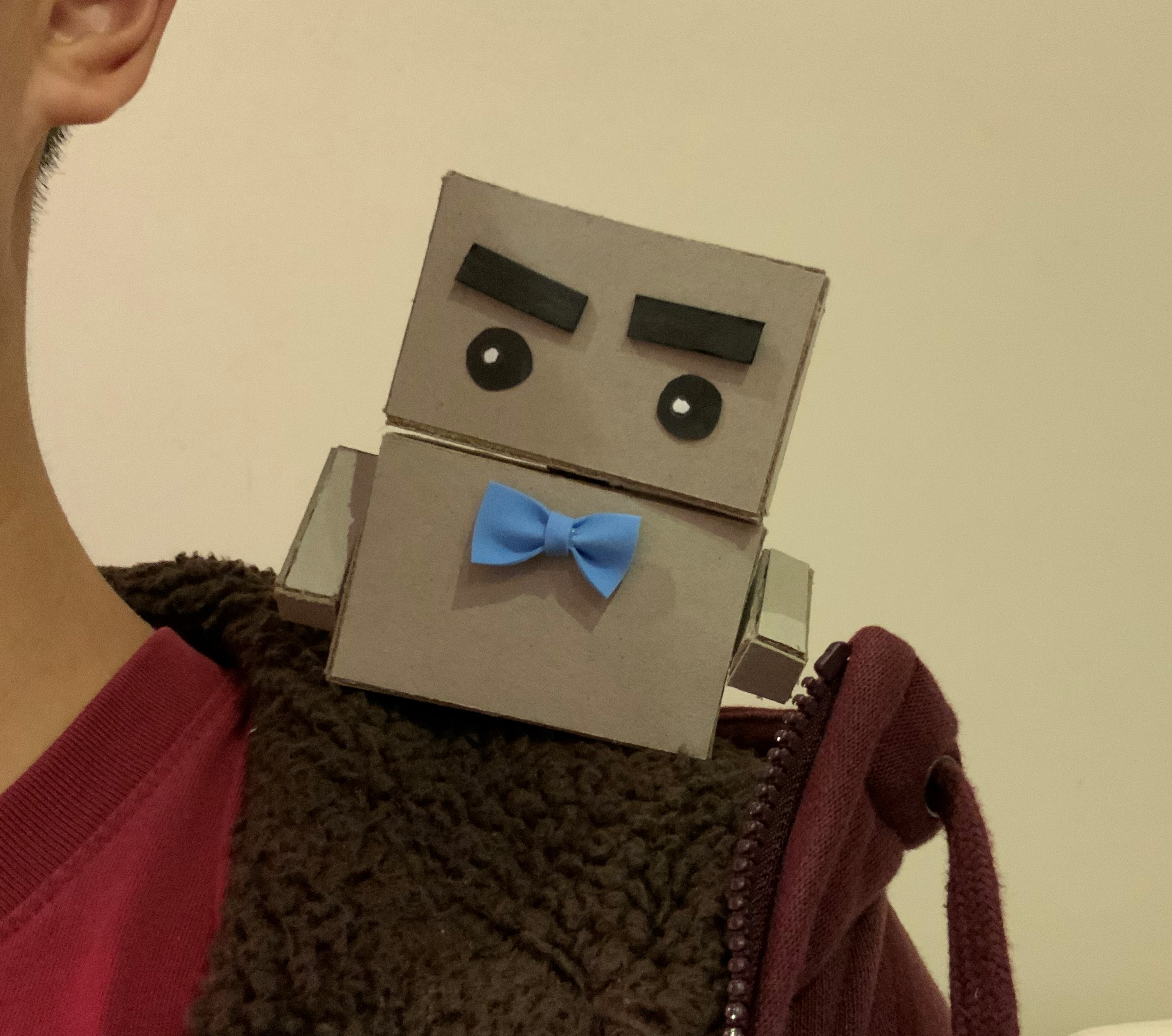 I have to do user testing on the movement of Spud to obtain feedback on how to improve it to provide a good user experience. Then start to work on second phase of implementing the distance sensing, volume detection and speech recognition in Spud.