I have been working on implementing the ultrasonic sensor and the voice recognition and have met with difficulty in making them work together without confusing the Spud program. As the ultrasonic sensor and the voice recognition software are always on, I have to decide on giving one of them the priority of making an action. Otherwise, as I'm experiencing now, when Spud detects someone nearby and listens to a voice command, it does the actions one after another without stopping. Therefore, I have decided to make voice commands the priority. Also, I have to think of a way to loop the angry expression and the stop motion where Spud shakes its head as long as it is detecting that someone is at that distance. Otherwise it would be weird if Spud just goes back to a neutral position after a while even with the person still standing there not taking the hint when it is supposed to do try and make that person to go away.

On the mean time, I did testing on the interactions of Spud with participants. I tested whether the participants understood the meaning of all the different movement and how they felt for each of them. A few commented that the movement was too slow and the dancing trick looked like Spud is angry instead of being playful. In response to this, I will increase the speed and try to make Spud look a bit more silly instead of angry.

I first planned how my portfolio will look like and have now completed the overall frame of the website and chose its colour scheme. I also drew some illustrations and icons of Spud so I can add them into the website. 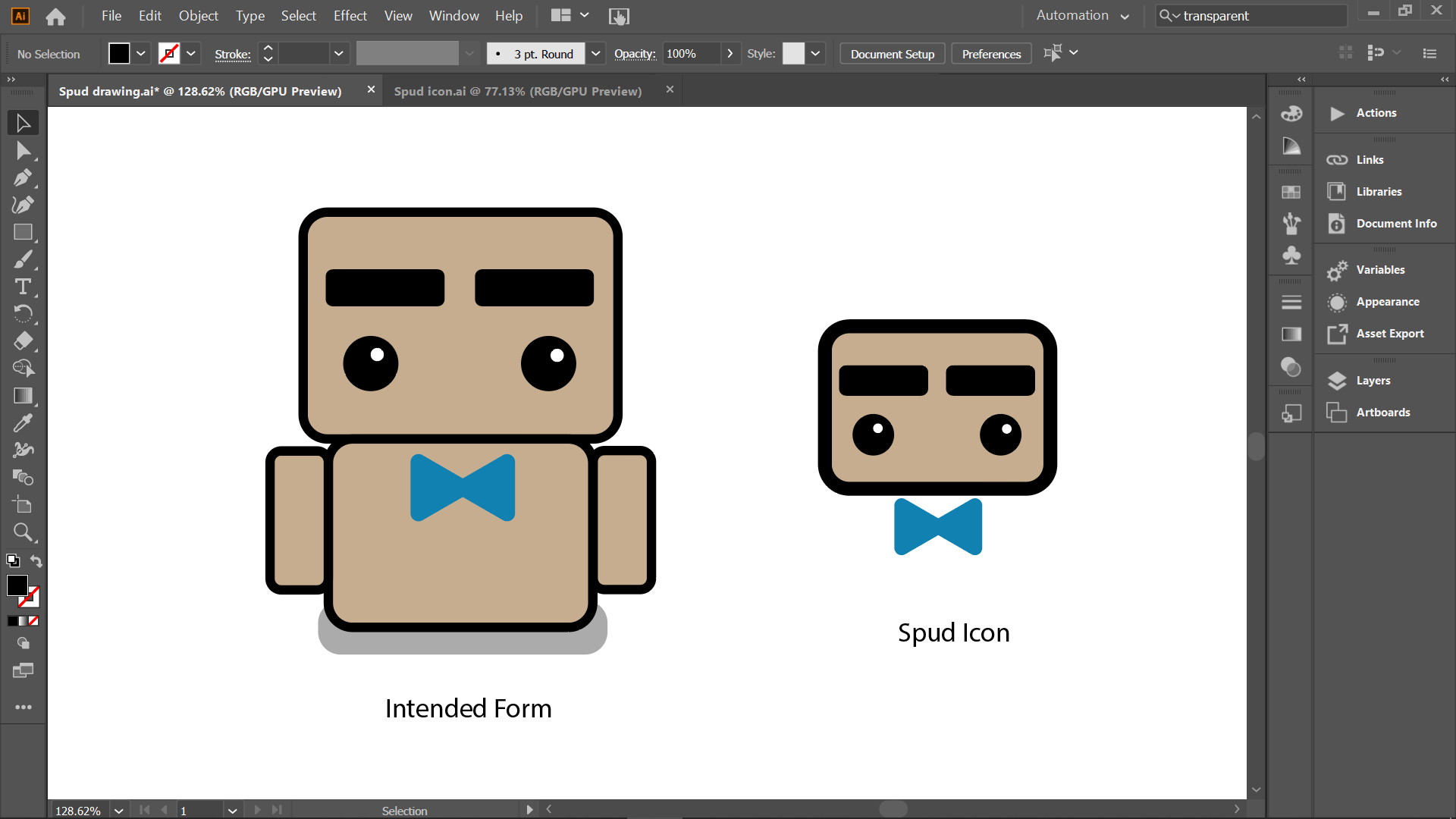 I will complete all the functions and features of Spud as soon as possible and conduct a final user testing observation and interview while adding details and information into the website.