This Tuesday we did the world cafe activity where we went around to different tables with different themes and brainstormed about the context, the audience/domain and how we can refine the projects.

It was nice to see different opinions on topics and ideas that I would never have thought of. Through hosting, I found out that even if the first group of people thought that nothing could be added in an idea anymore, another group of people will come and have other interesting ideas to add to it. My favorite idea of a topic was for Musical Things. When I got to the table, there was already an idea of a mat with blocks on it that represents the pitch, volume and rhythm. We tried to upgrade the idea to make it different and more sci-fi. We changed the mat into an alien world landscape with the blocks that the user would stack as buildings. The music timeline indicator is an alien that would run through the buildings controlled by the user to play the song. This would be a nice way of composing music while designing a landscape and interacting with the music.

The topics that I was interested in after the world cafe were Sassy Tech, Musical Things and Creative Learning, which were my preferences for the team formation. 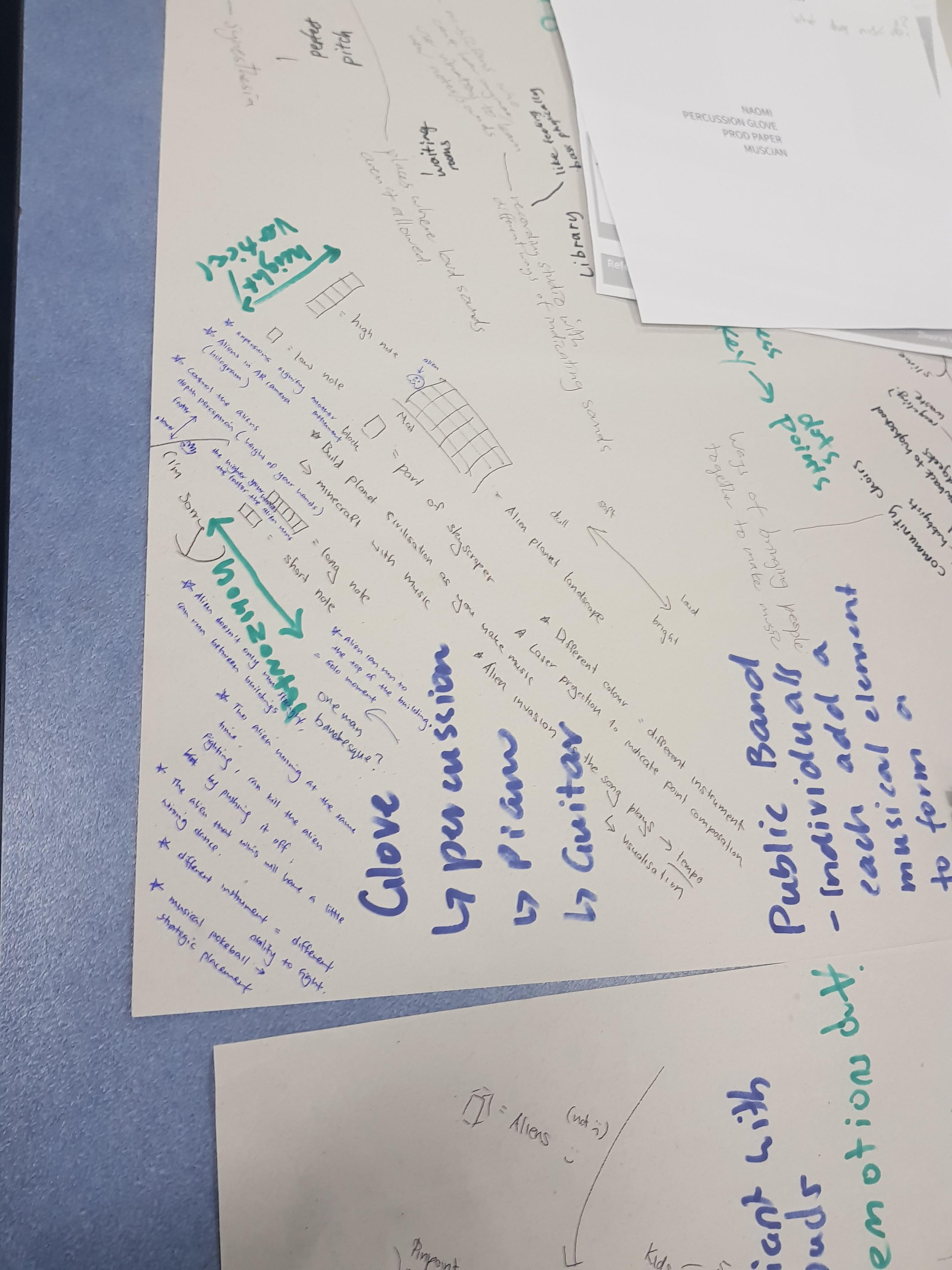 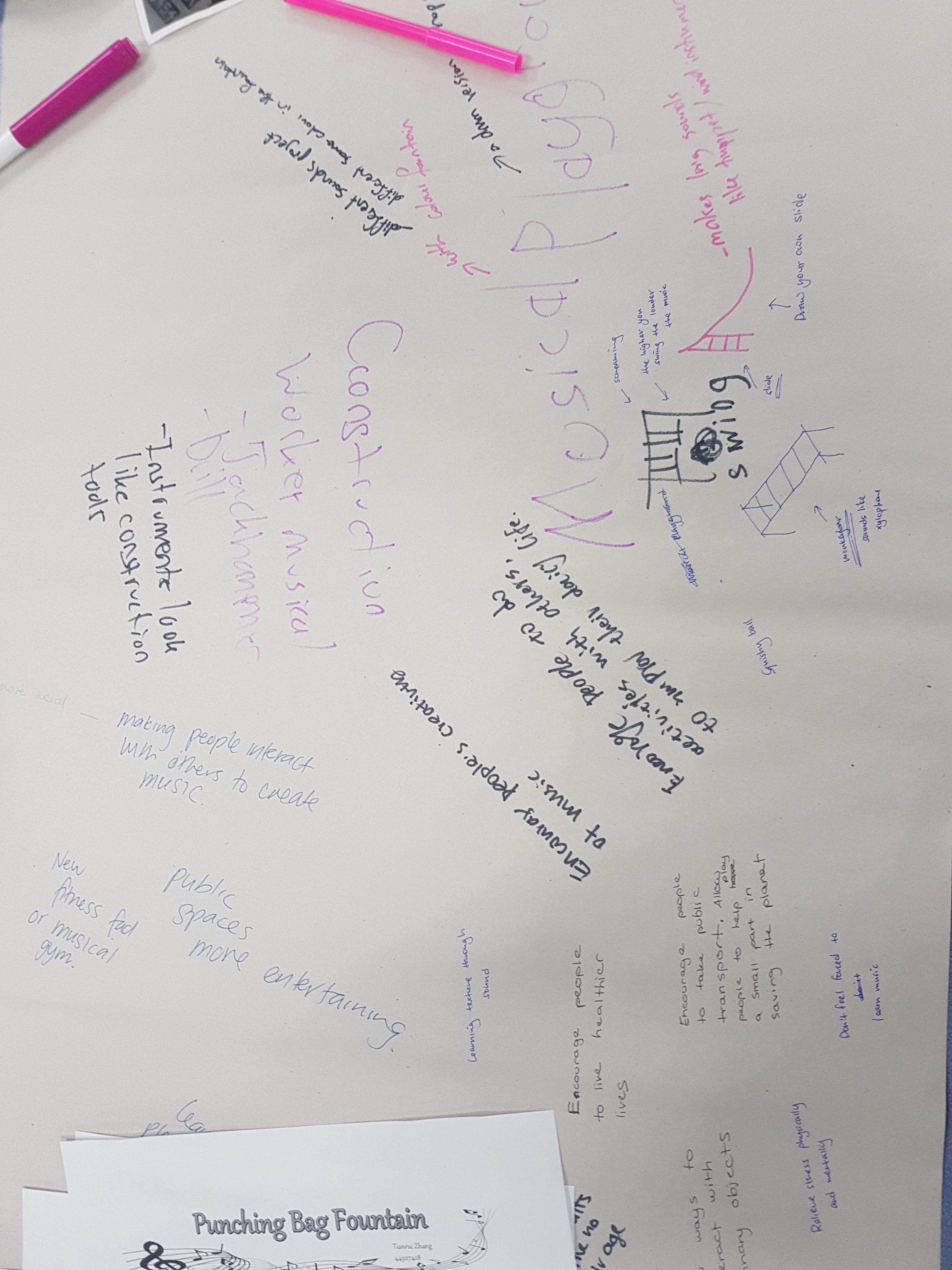 On Wednesday, I got in a team of my first choice - Sassy tech which I am really happy about. In our group, we looked at all the project inspirations related to our theme and the one that stood out the most was the Secret Handshake Lock idea. We thought about taking the arm, giving it a personality and putting it on other things. We also did brainstorming on places where we could attach an arm on. 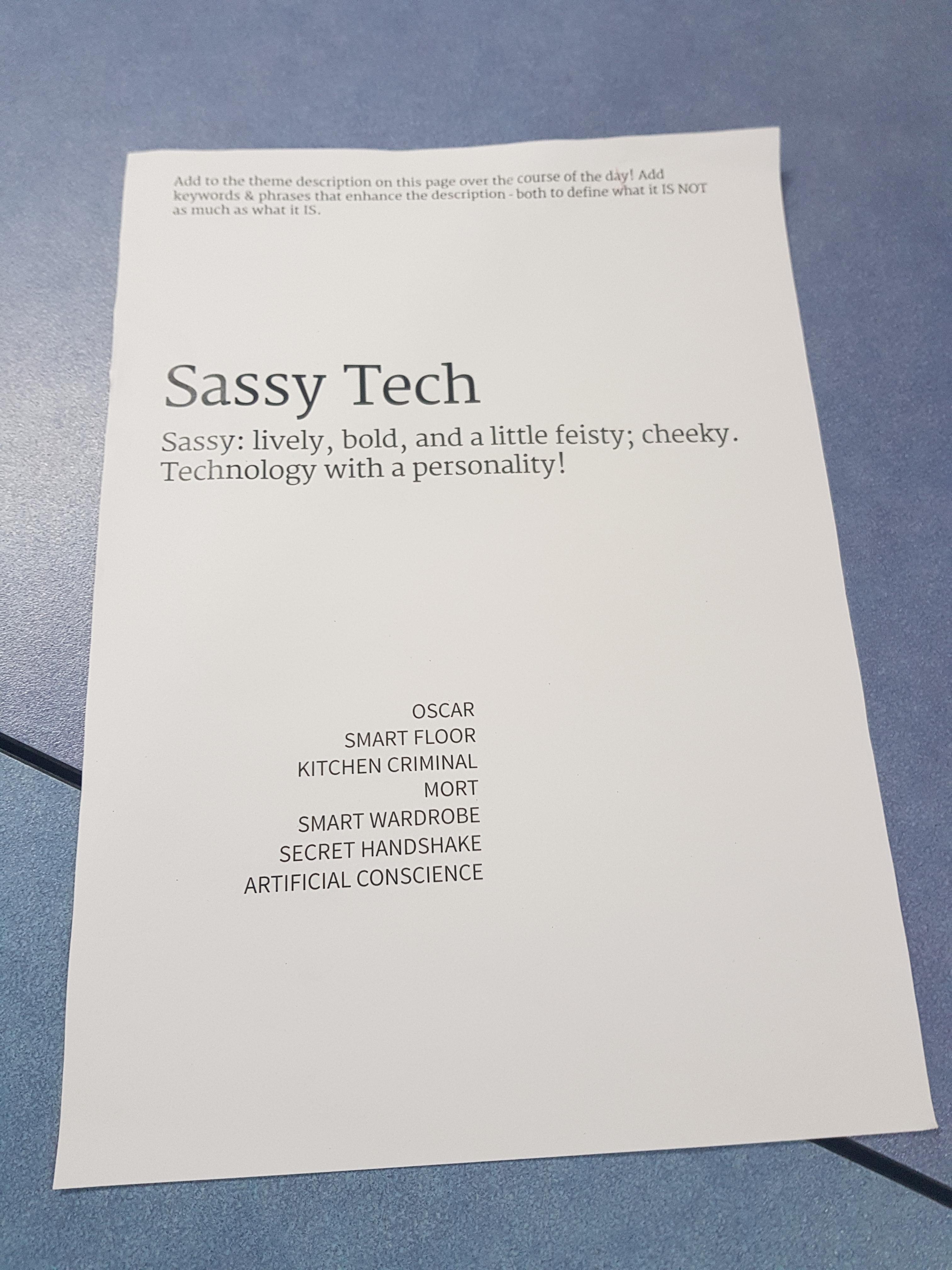 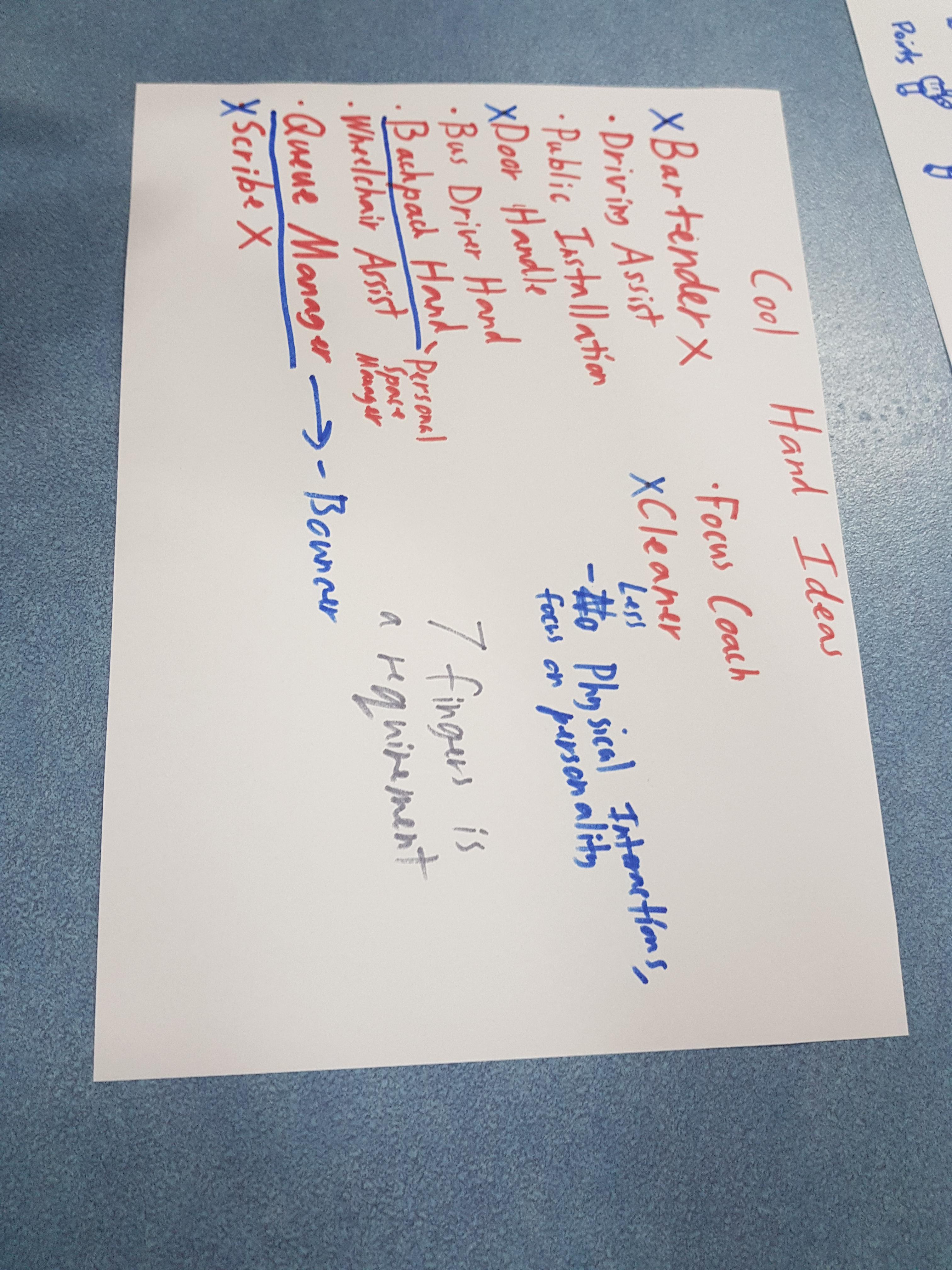 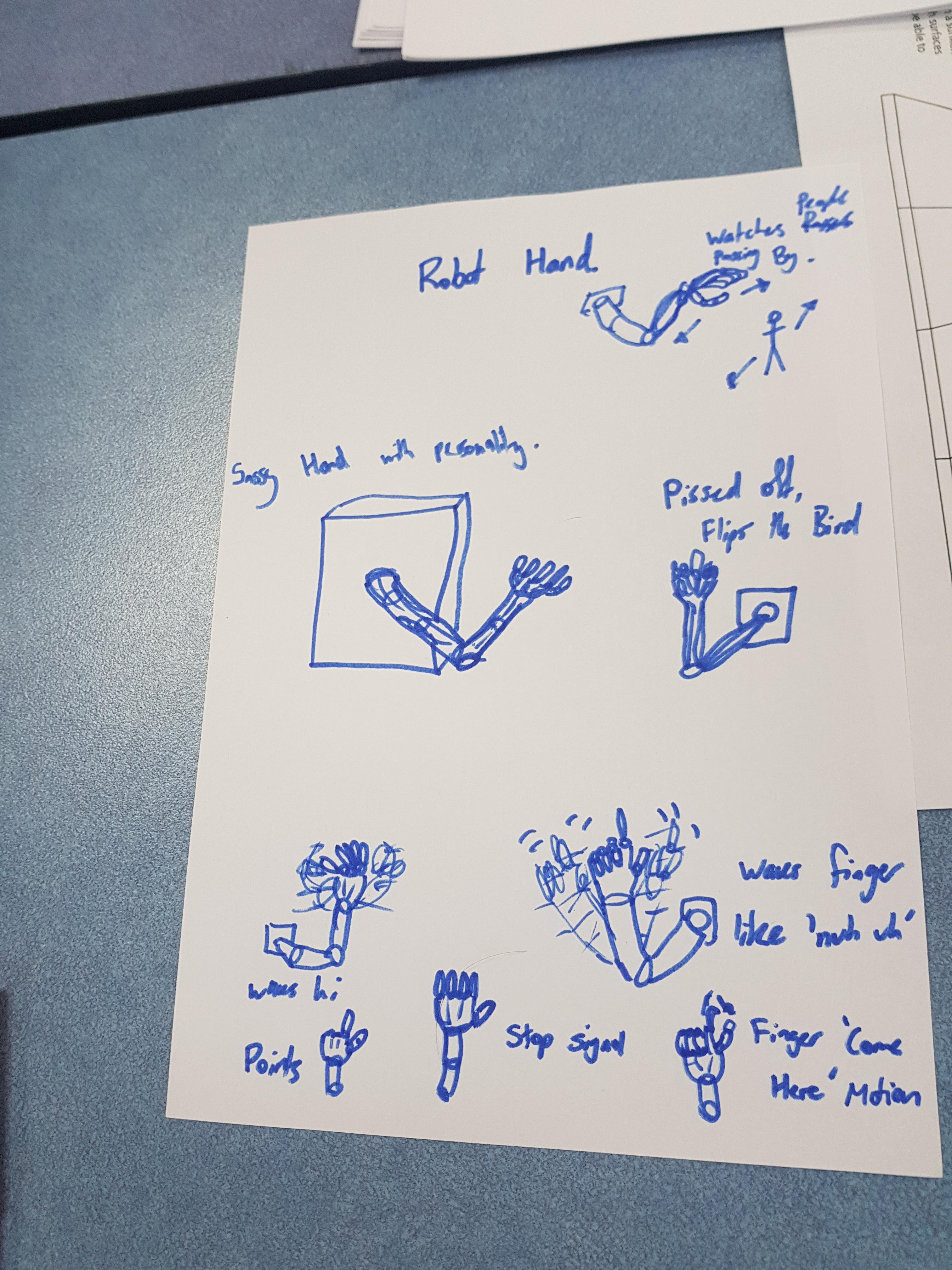 We then went online to search on existing ideas of mechanical, robotic arms and I found a Youtube channel of a woman named Simone Gertz who is named "the queen of shitty robots". She puts weird robotic arms on things like the Plastic Hand Alarm that wakes you up by slapping you and the Iphone Arms that run away from you. I then got an idea of an arm that helps slaps people away and shoots water out of its fingertips if they got in your personal space.