In the meeting after the studio, my team mate and I decided that we are going to work on the project individually and focus on separate concepts. He is going to continue work on hand gestures and I will work on facial expressions and body language. We talked about how these separate concepts would work together and how it would still relate to the domain and problem space.

For body language, I researched on different cartoon characters that are very expressive. I noticed a few recurring themes with these characters: Eyebrows, ears/antenna, body posture and glow/fire. 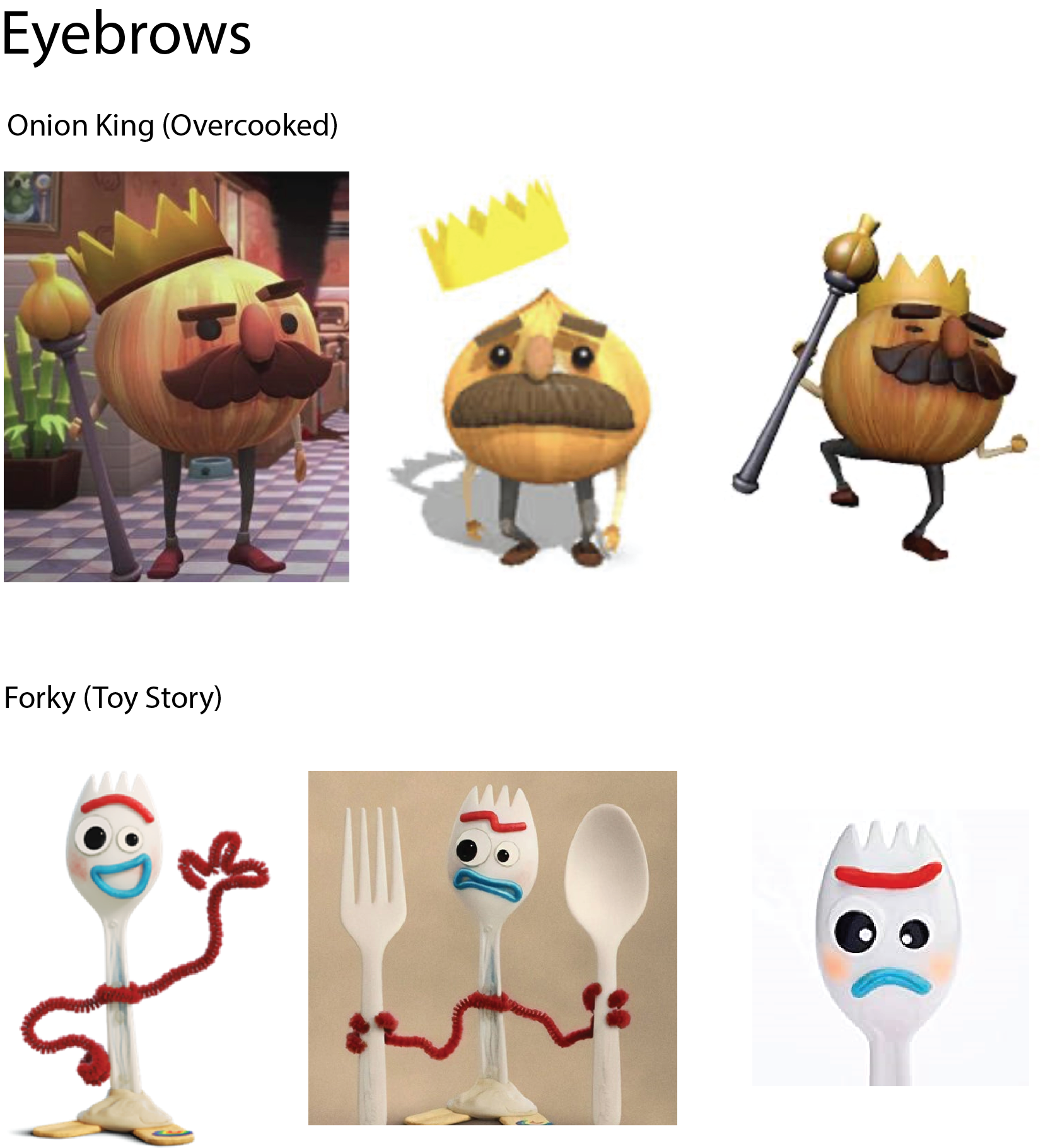 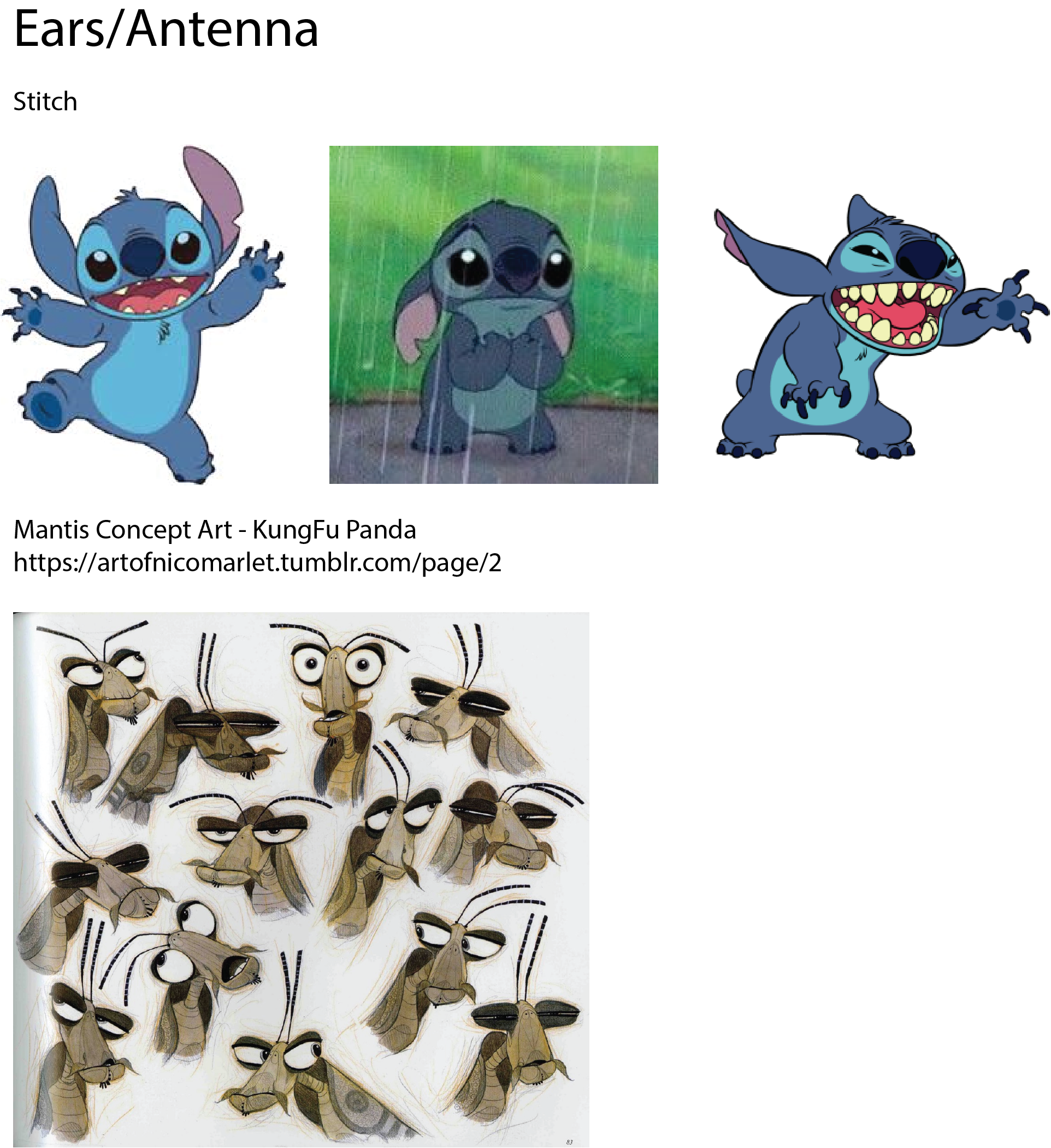 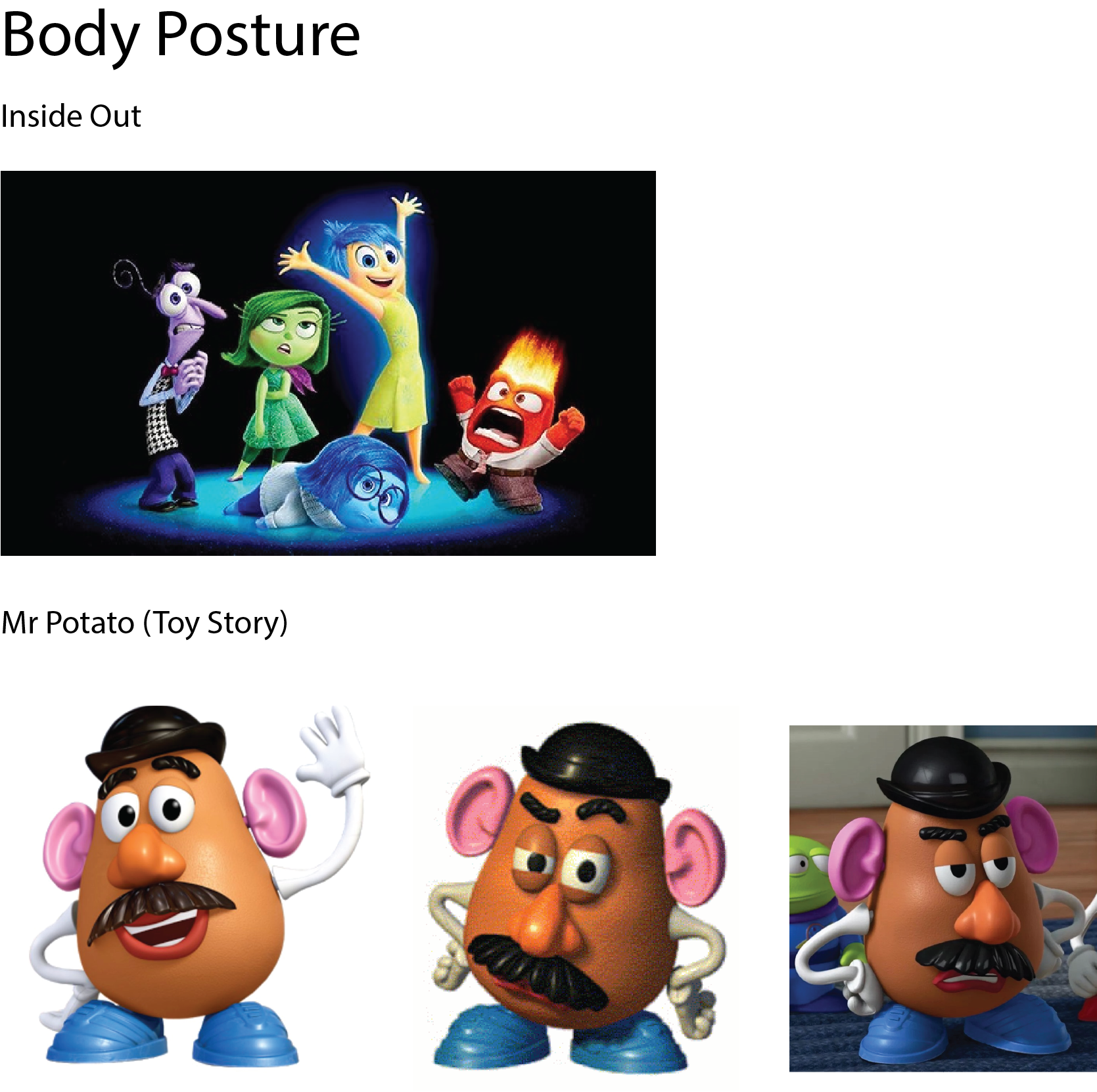 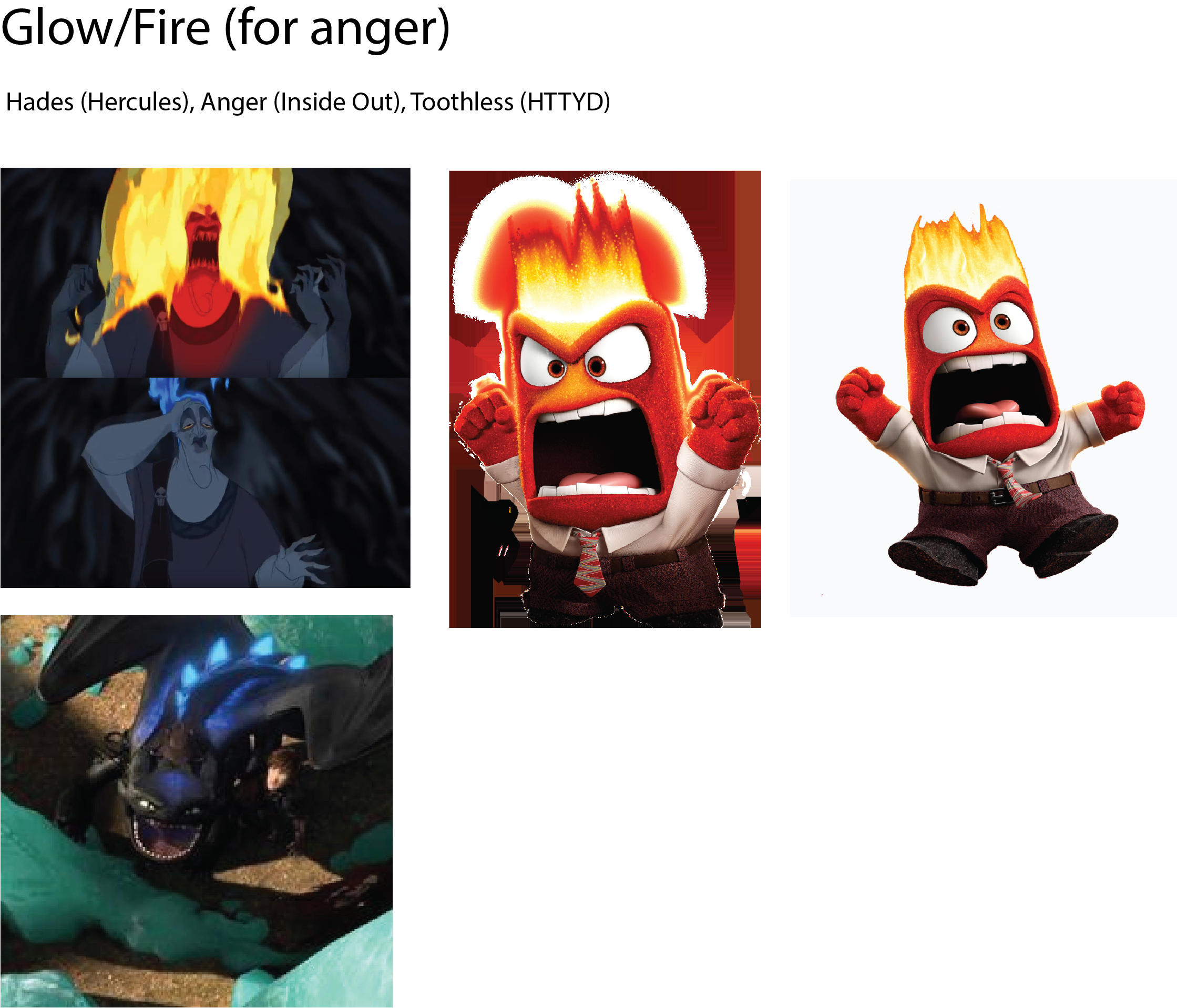 With the feedback from the critiques and these cartoon characters as inspiration, I drew a few sketches for my concept. 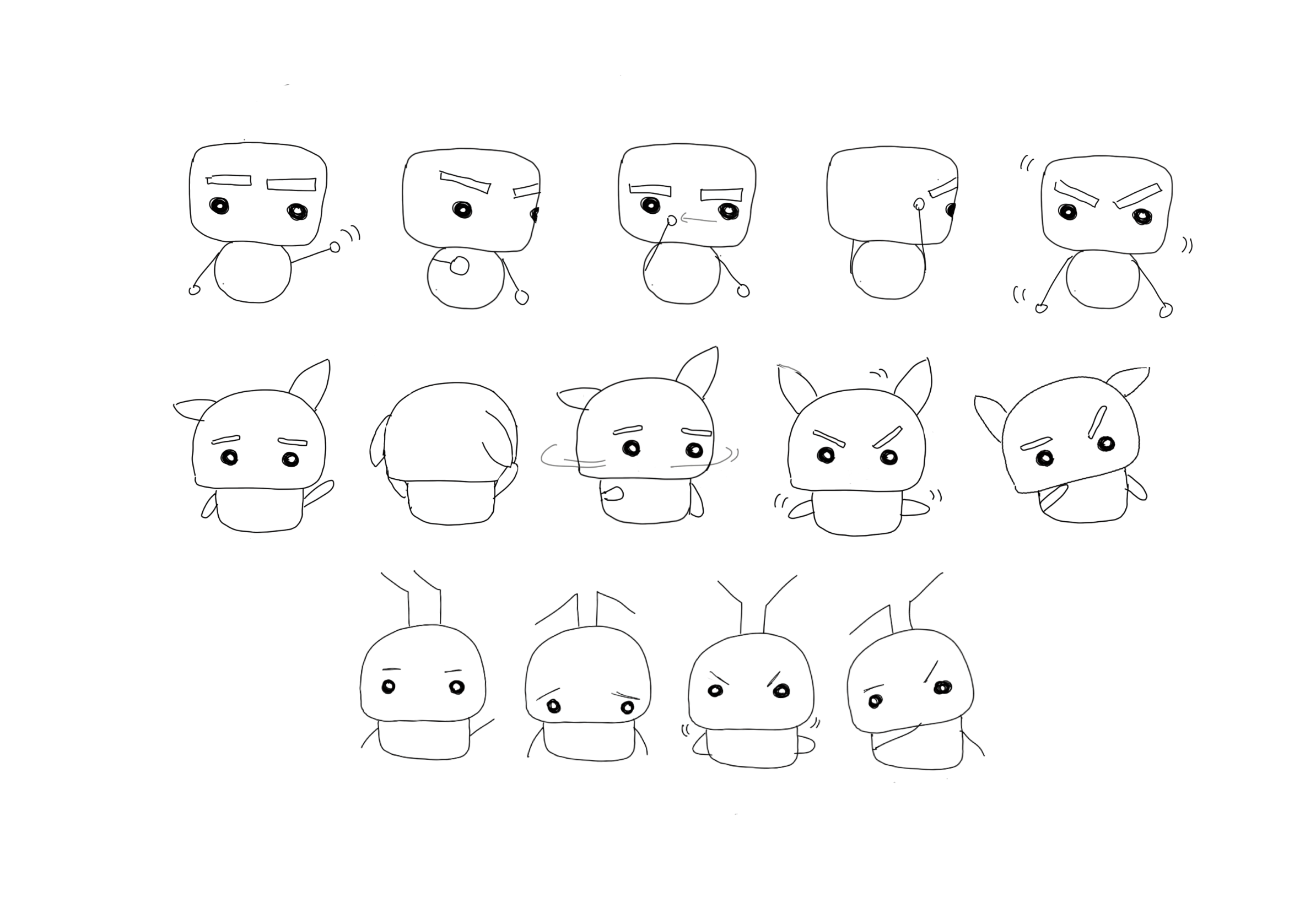 In this workshop, we talked to the tutors about our concept. I showed my sketches and expressed that I was worried that my concept would be too cute to make people maintain a distance. However, they said it can be cute and scary at the same time and gave suggestions on how to do that. For example, scaring people when they least expect it or making the form be something that people normally avoid such as spiders.