This week I focused on the servos needed to move the parts of Spud (i.e. eyebrows, arms, head) to show its personality.

Spud uses 7 servos: 2 for the eyebrows, 1 for the head and 2 for each arm. I watched many videos and tutorials and I realized that I needed a external power source and a expansion shield as the Arduino Uno board cannot support that many servos. I bought them online and they should be coming on Tuesday/Wednesday.

While I was waiting for them to come, I worked on two servos to move Spud's eyebrows and built a bigger Spud as the previous one was too small to fit all of the servos and sensors. The bigger Spud form will be used to show the functionality while a smaller one will be built to show the intended size and form. When the external power source and the expansion shield comes, I'll continue working the servos for the head and the arms.

I also realised that I would most likely not have enough time to work on the jack-in-the-box style shock tactic as all the other functions would take time as I have to familiarize myself with Arduino code and using all the Arduino parts. Hopefully Spud will be able to work well with an angry face for a warning and when the person ignores it, shakes its head and puts up its arm as a stop gesture. 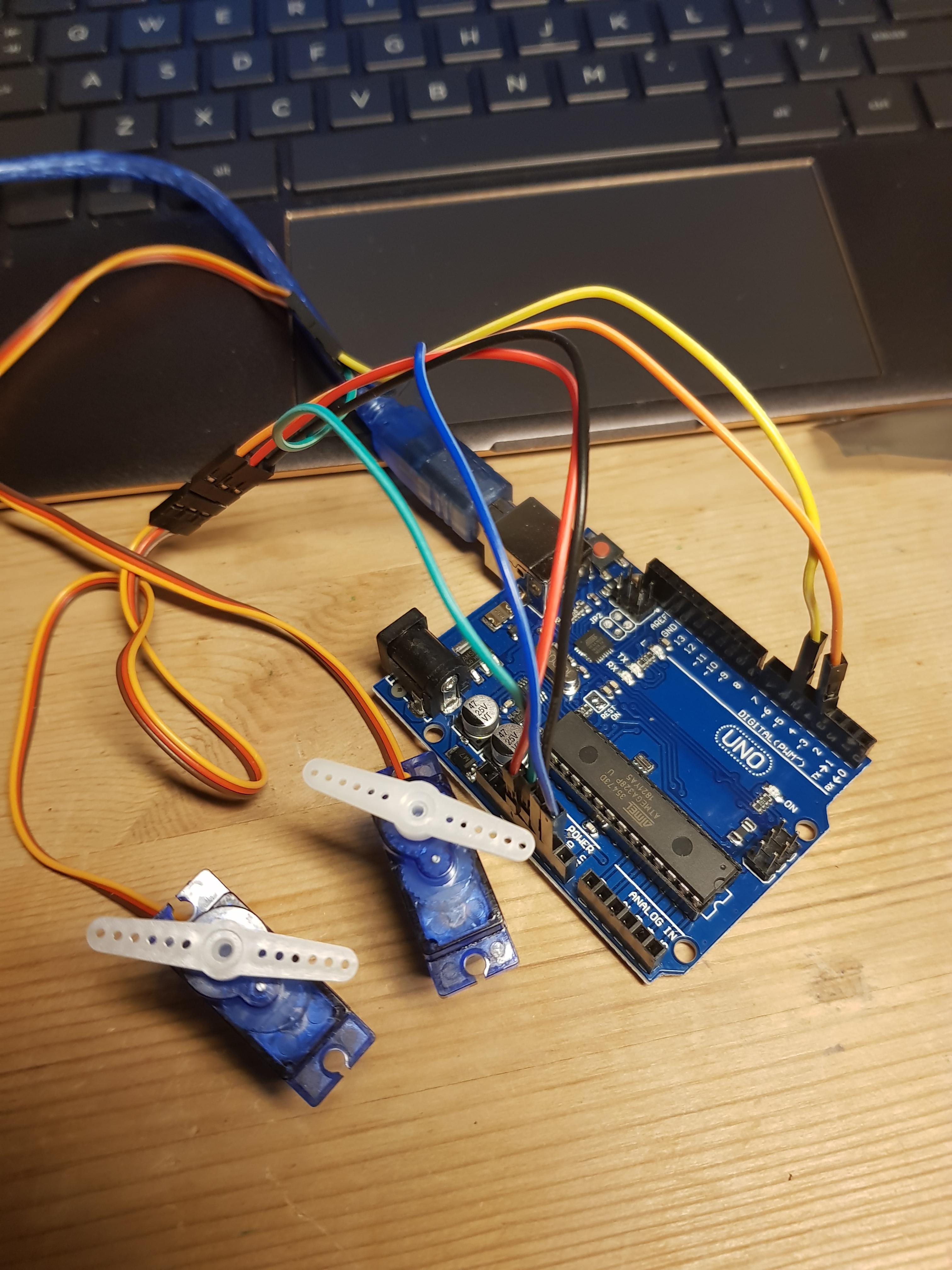