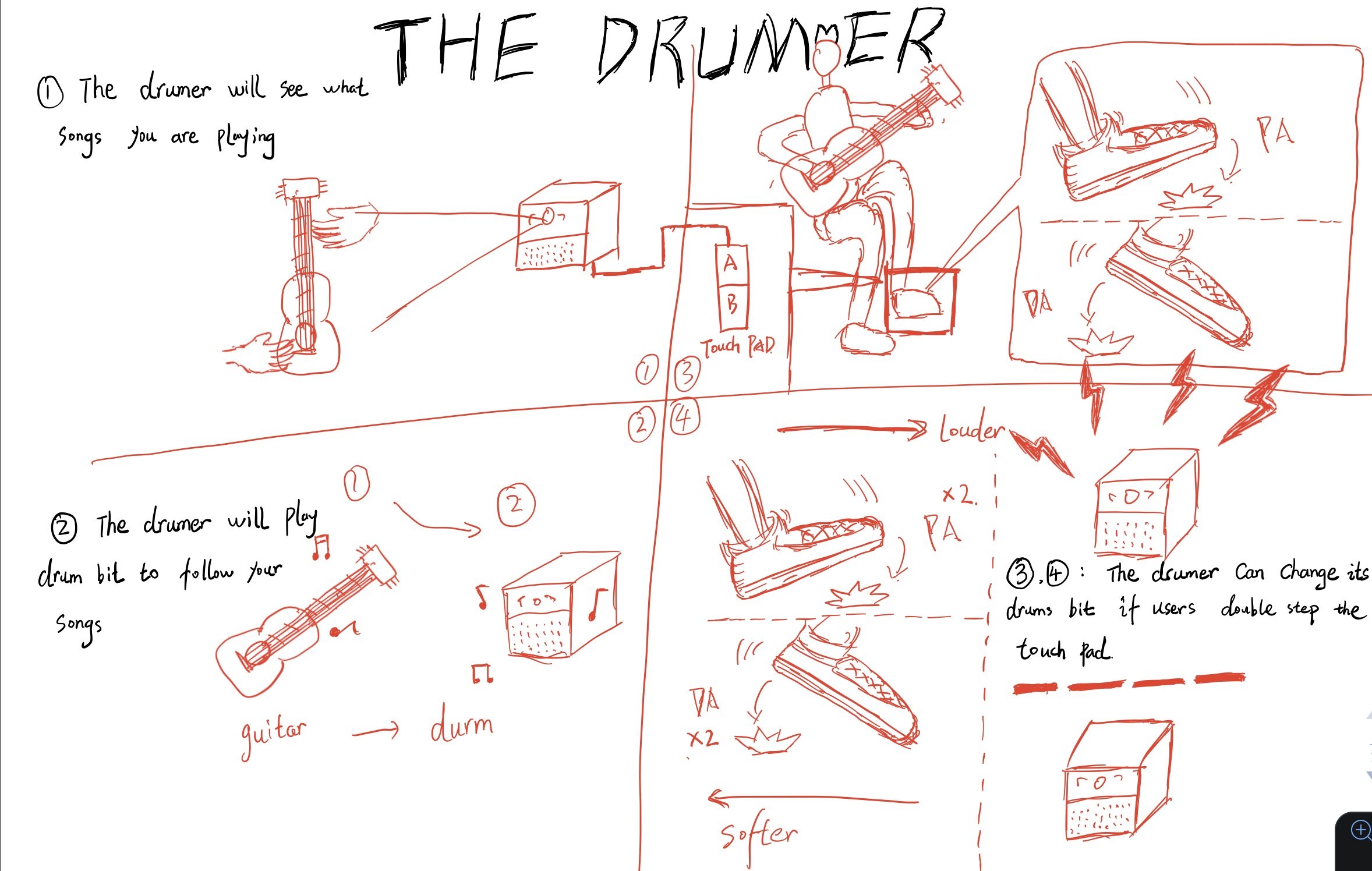 When you practice an instrument alone or want an improvised solo at a friend's party, the performance is often dull because of the lack of drums. Or, when you practice, you often mess around to follow the drums of the accompaniment. Now With the help of a drummer, you can easily complete a rhythmic performance anywhere.

A drummer is a small box that combines a high-speed camera, a microcomputer, and a subwoofer. It will see the hands you are playing the instrument and infer the melody you are playing.[1] Therefore, any instrument played with both hands can be accepted by the drummer, such as guitar, saxophone, accordion or even piano. When it analyzes the music you are playing and compares it with similar melody in the library, it will play the responsive drums bit to keep up with your performance according to the speed of your current performance.[2]

If we want to switch the drum point in the performance, we can make the drum sound more compact by speeding up the performance. Or, we can solve it with a touch pad connected to the drummer. For myself, I really like playing guitar while beating with my feet , which inspired me to design a touch pad. The touch pad is a soft pad laying on the ground, divided into two parts A (front) and B (back). When we give it a special instruction (Two consecutive rapid hits). The drummer will respond accordingly to change the rhythm pattern of the drum. For example, double-hitting the A board will make the drummer more noisy, although the speed of the drum will not change ( The tempo is based on your playing speed), but the drummer will add more fancy and rhythmic patterns. Conversely, hitting the B board twice in succession will make the drum softer.[3,4]

For beginners of many instruments, it is not easy to maintain a certain speed for a long time. When the user stop due to mistakes, the drummer will not stop immediately but continue to play for a few seconds. Waiting for you to catch up.

Overall, this is the drummer, it is recommended for beginners of various instruments (except drums). He is suitable for use in small and closed environments such as rooms, garages.