In Tuesday studio, we mainly working on the world cafe activity. we are randomly put in a table with a specific topic. For each round, we try to analyse these topics and generate some new idea based on this topic and the posters that related to it. After each round, one person on this table will stay and be the host for the next round. 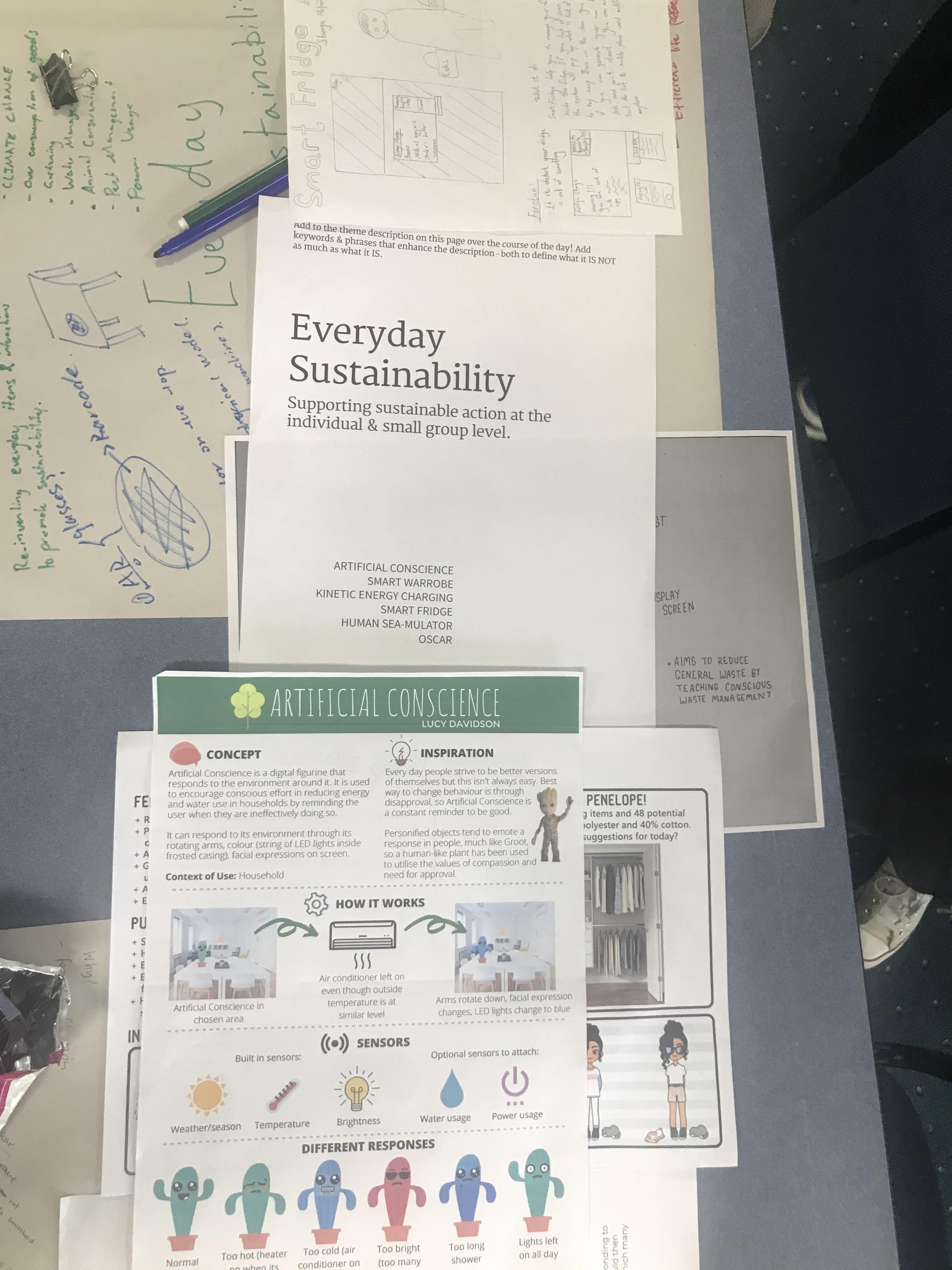 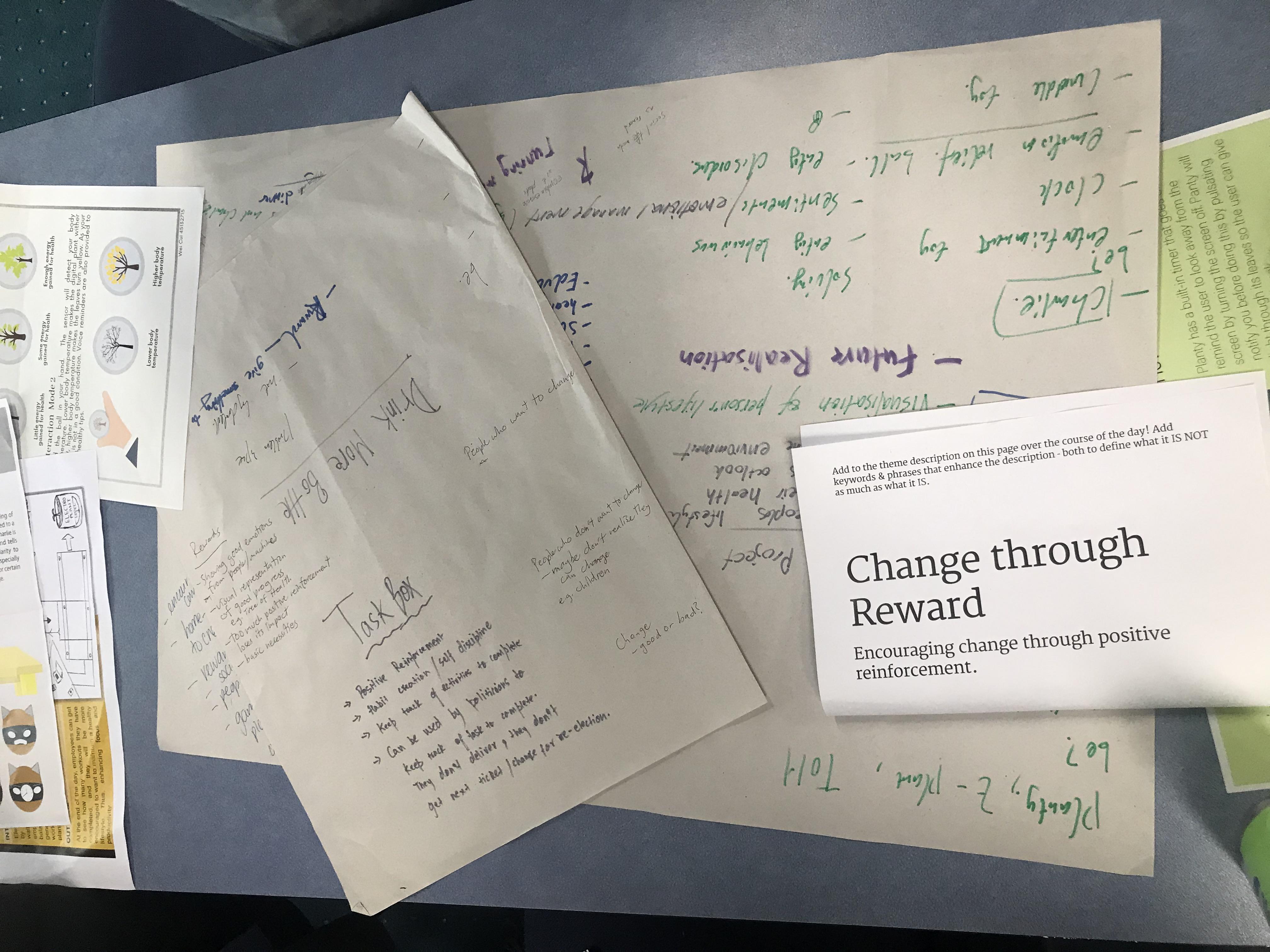 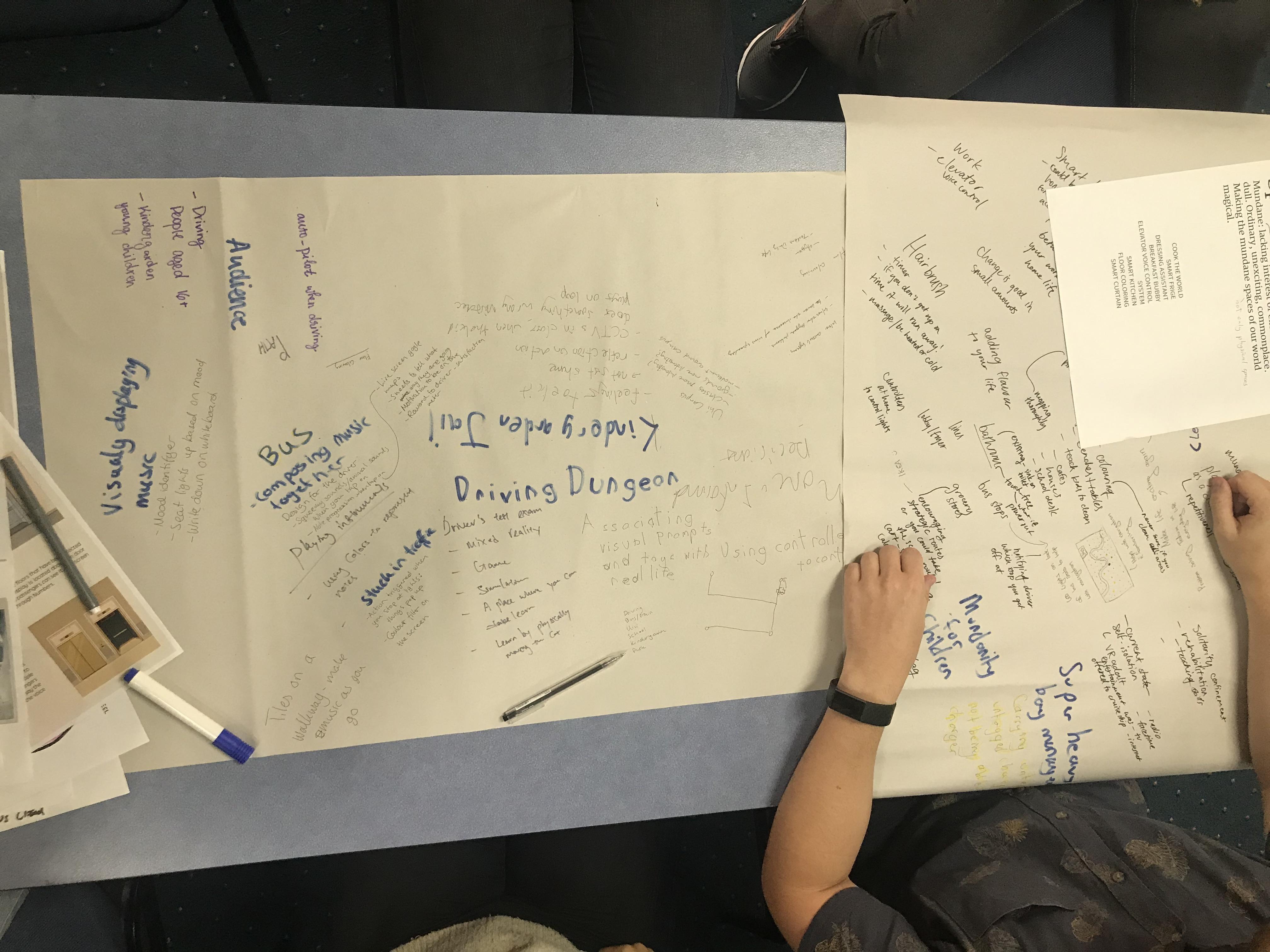 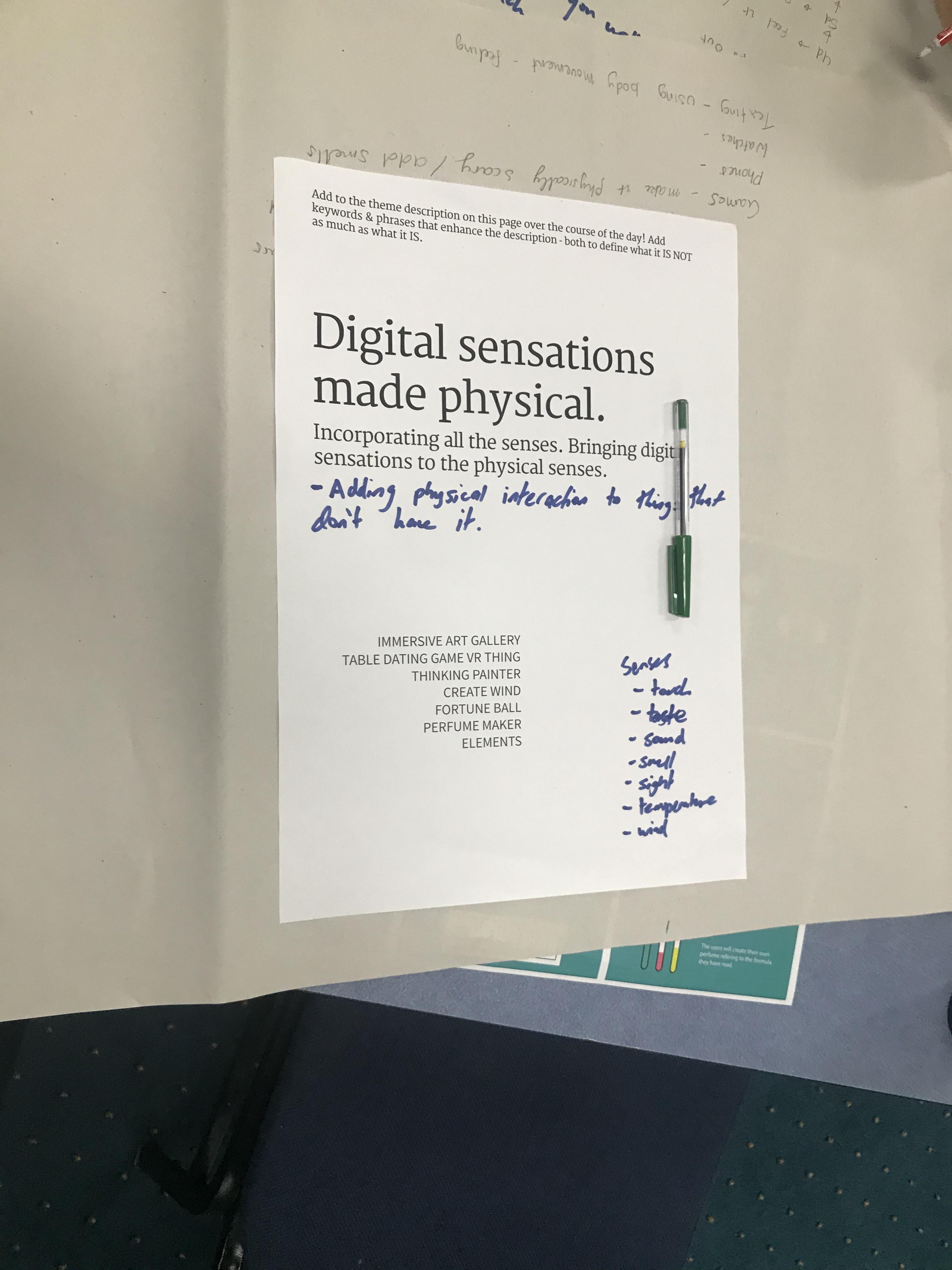 On the "Everyday Sustainability" group. we mainly work on how to achieve the design "Artificial conscience". This idea seems a good one but by the discussion from our group, we found that this idea(cactus) is lacking interaction to users(user will not actually interact with this conscience). so we try to add interaction, but in the end, we find that will lead this design with no meaning. (user has no reason to interact with this product)

On the "change through Reward" group. At first I think that may be very easy. However, when we to deep to discuss the meaning of "reward". For example, some thing that young people thing as "reward" may not recognize by elder people.

on Wednesday studio, we mainly work on team forming. Based on our idea: bothering staff. 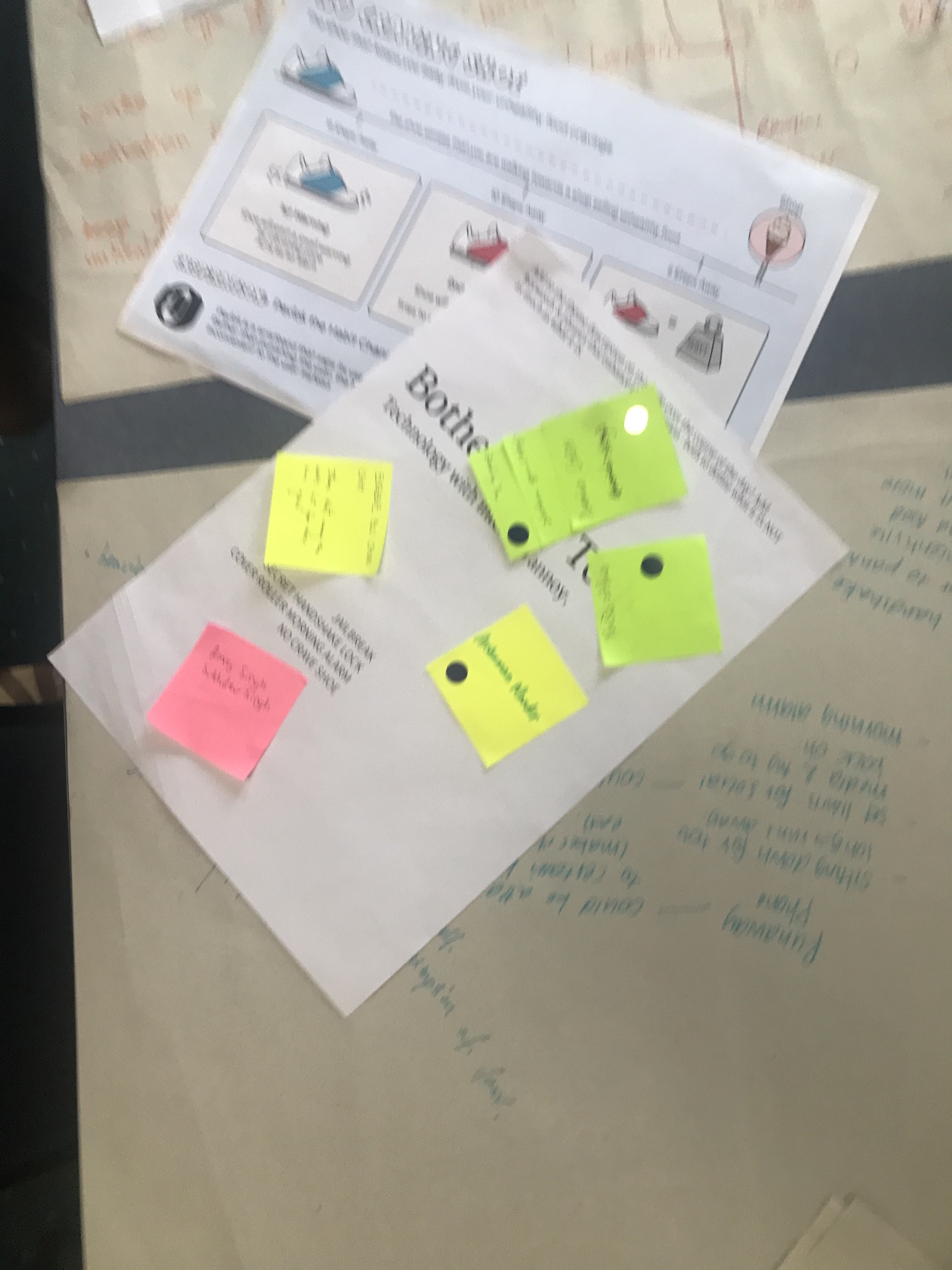 we discussed how to make a thing that really bother people.

we thought one idea that basically from tutor's suggestion. A device that using in class and meeting. It is obvious that no one should be allowed to use phone in a meeting. So if anyone do so, like send a message during the meeting, this device will automatically copy this message and send it to every one.

The world cafe is really a good idea to generate some new product. When different people looking at the same idea, they may generate different ideas towards different areas of this idea.

However, this activity requires the host can completely tell the new members what the idea was. At the same time, it is really hard to understand what the last group of people have written done.

In conclusion, I think this kind of activity is useful in generating some basic idea. However, it may not suit for a final decision.

try to create three design and discuss them in group. Then chose one as proposal presentation topic.

A physical noisy bookmark. if you put it into a book and leave it for a long time and never read it. The bookmark will keep making annoying sounds.

A box that can bite a human finger. The six sides of this box look exactly the same. Only when the user touches a specific side, the other 5 sides will spring up and grab the user's finger.

(may have a little electric shock?)

The user cannot drink the water in the cup. But other people can see bubbles in the glass