In Week 1 we did a couple of exercises with different teams. The first exercise was to talk about what we wanted to learn, rumours, questions, fears and aspirations we had about DECO3850. This was interesting as it showed that we weren’t alone in our thoughts about the course, for example, the fear that we wouldn’t have the skills to do the course or that we didn’t know how to use the equipment. 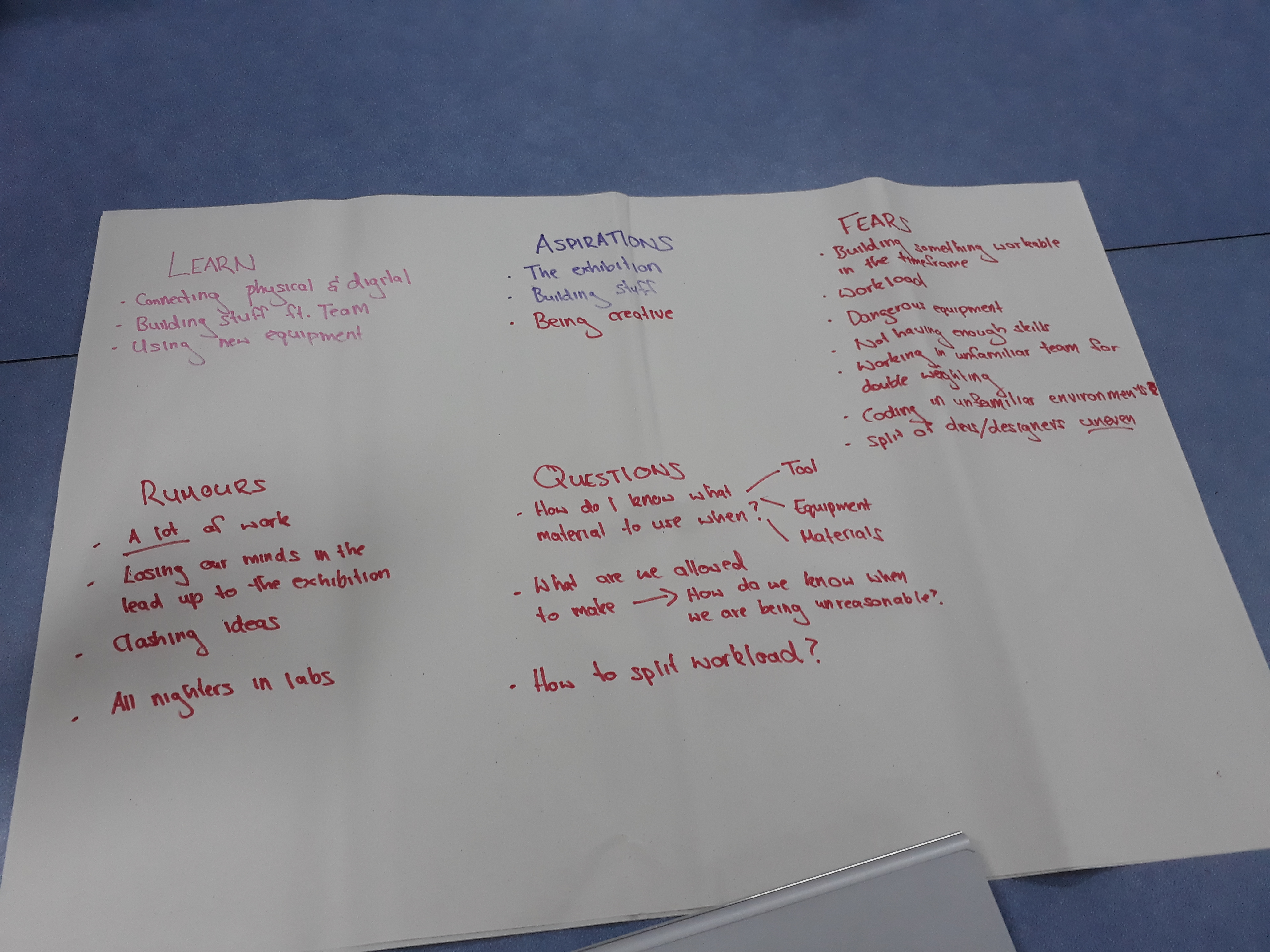 The second exercise was to read Human Experience Interaction (HEI) section in the Seven HCI Grand Challenges. Everyone in the team talked about how they interpreted the reading and what they got from it. We then each wrote down the individual interpretations and challenges we discussed. It was interesting to see people's different viewpoints and similar opinions about the section. 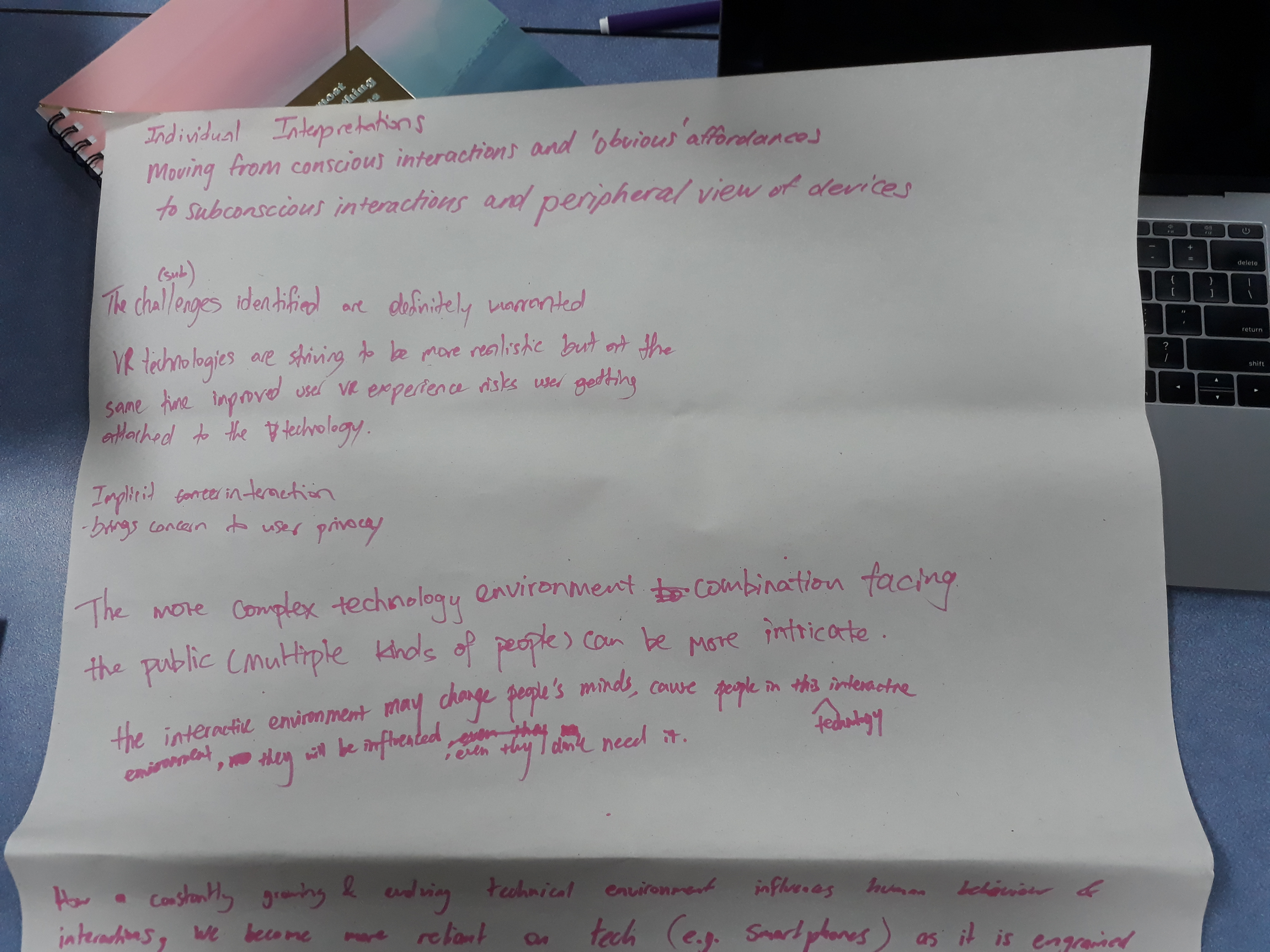 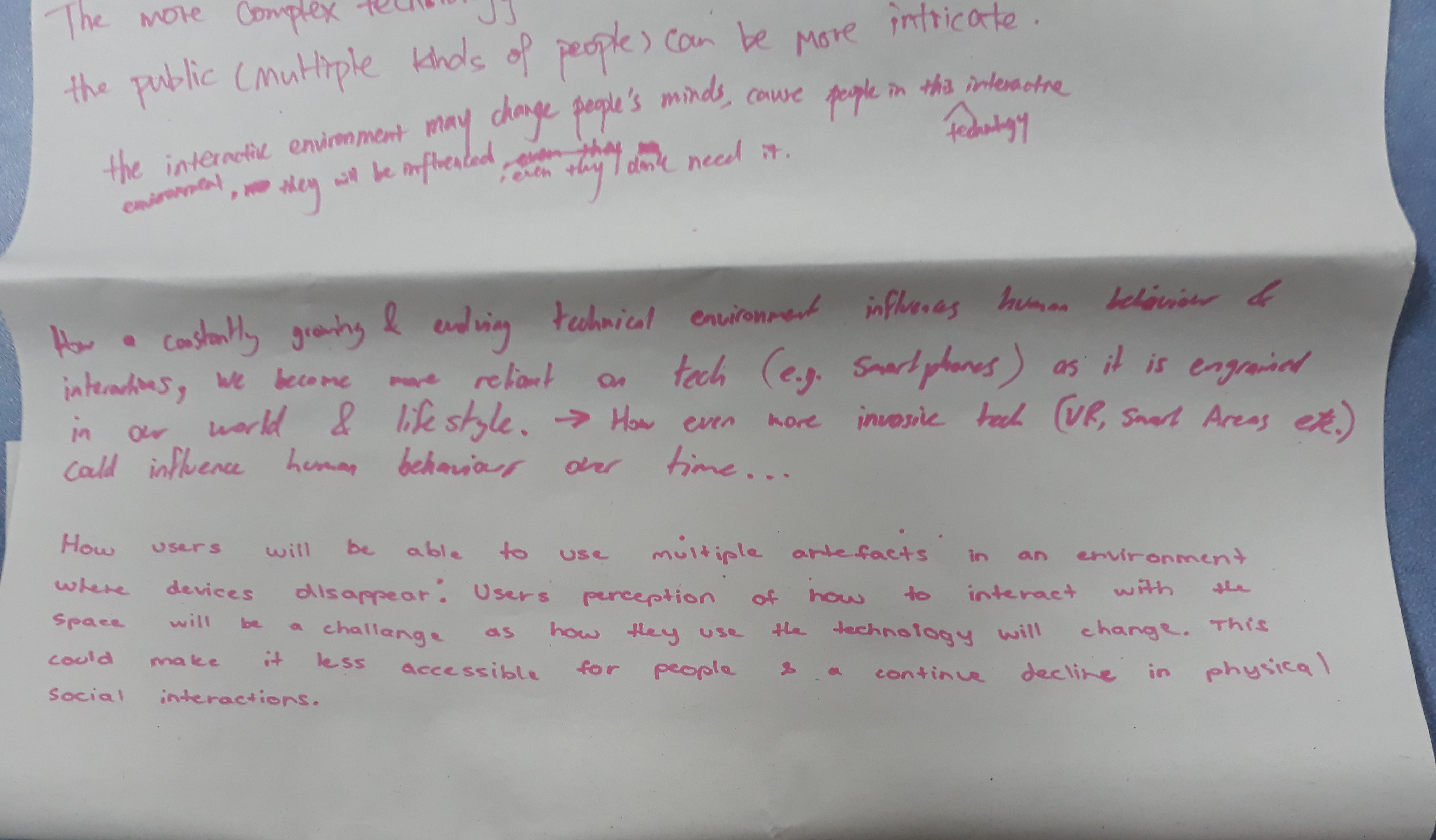 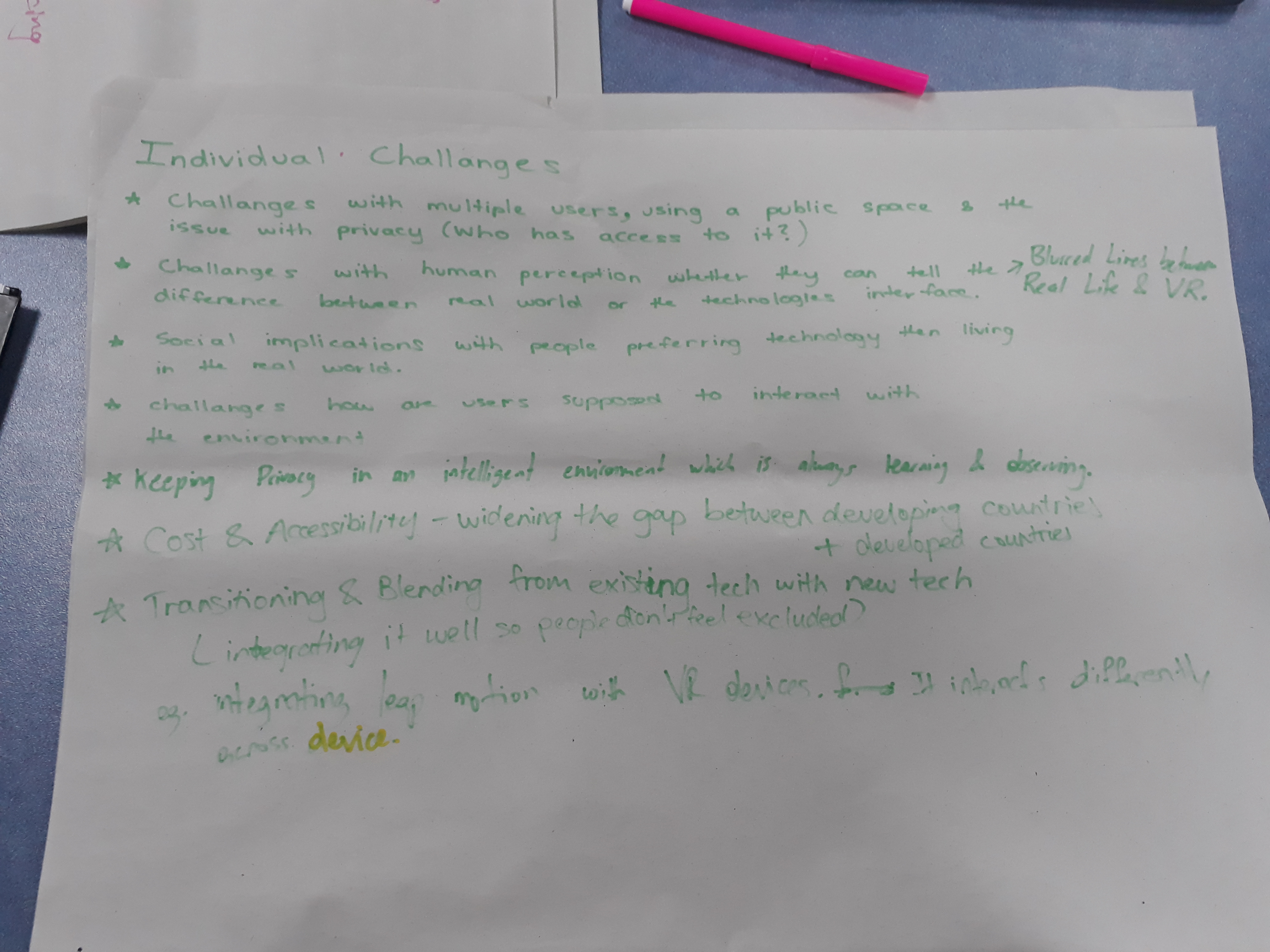 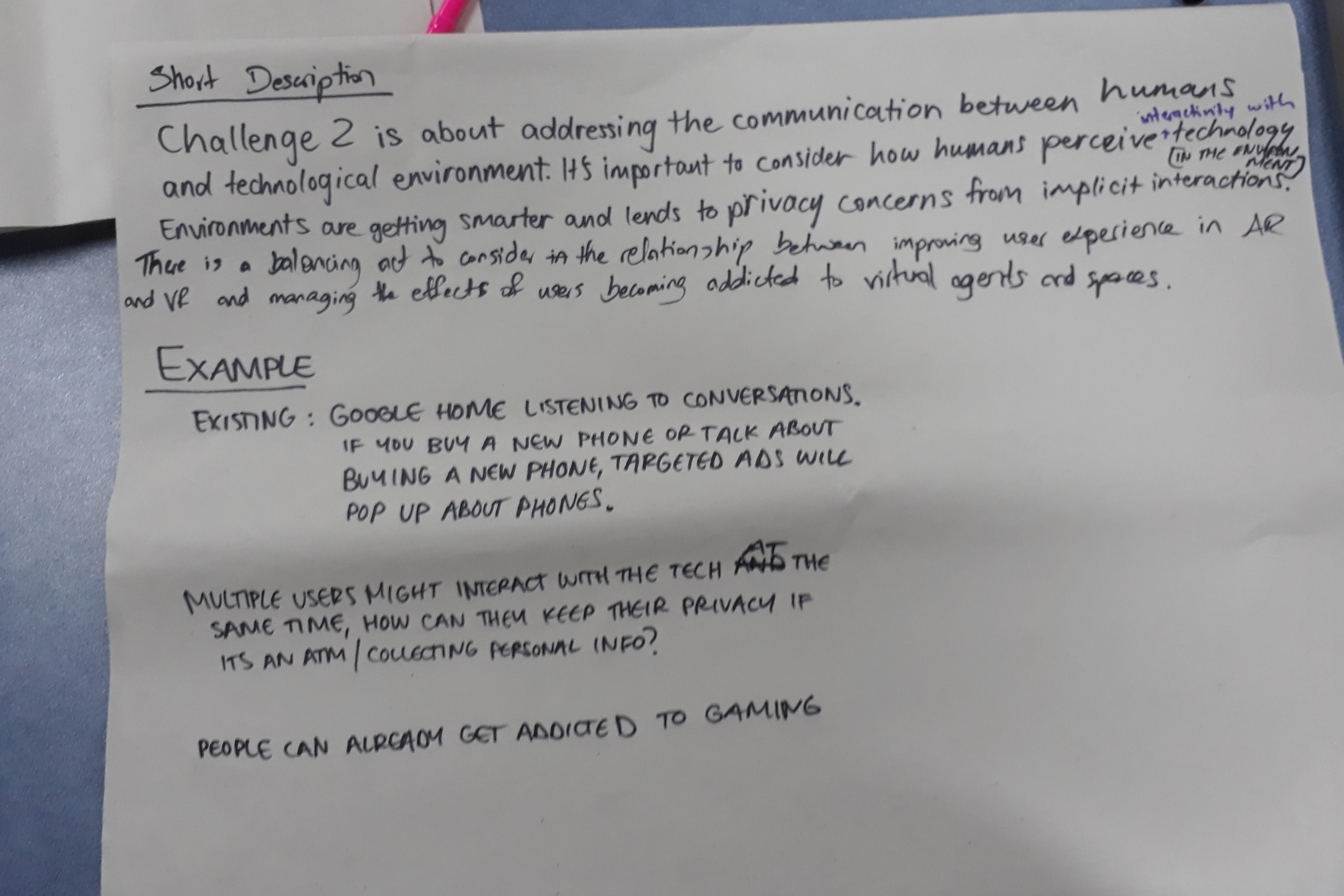 The third exercise was to come up with ideas using cards and lists of words to create a sentence. This encouraged people to think outside the box. The sentence provided some constraints which helped with the creation of the idea. 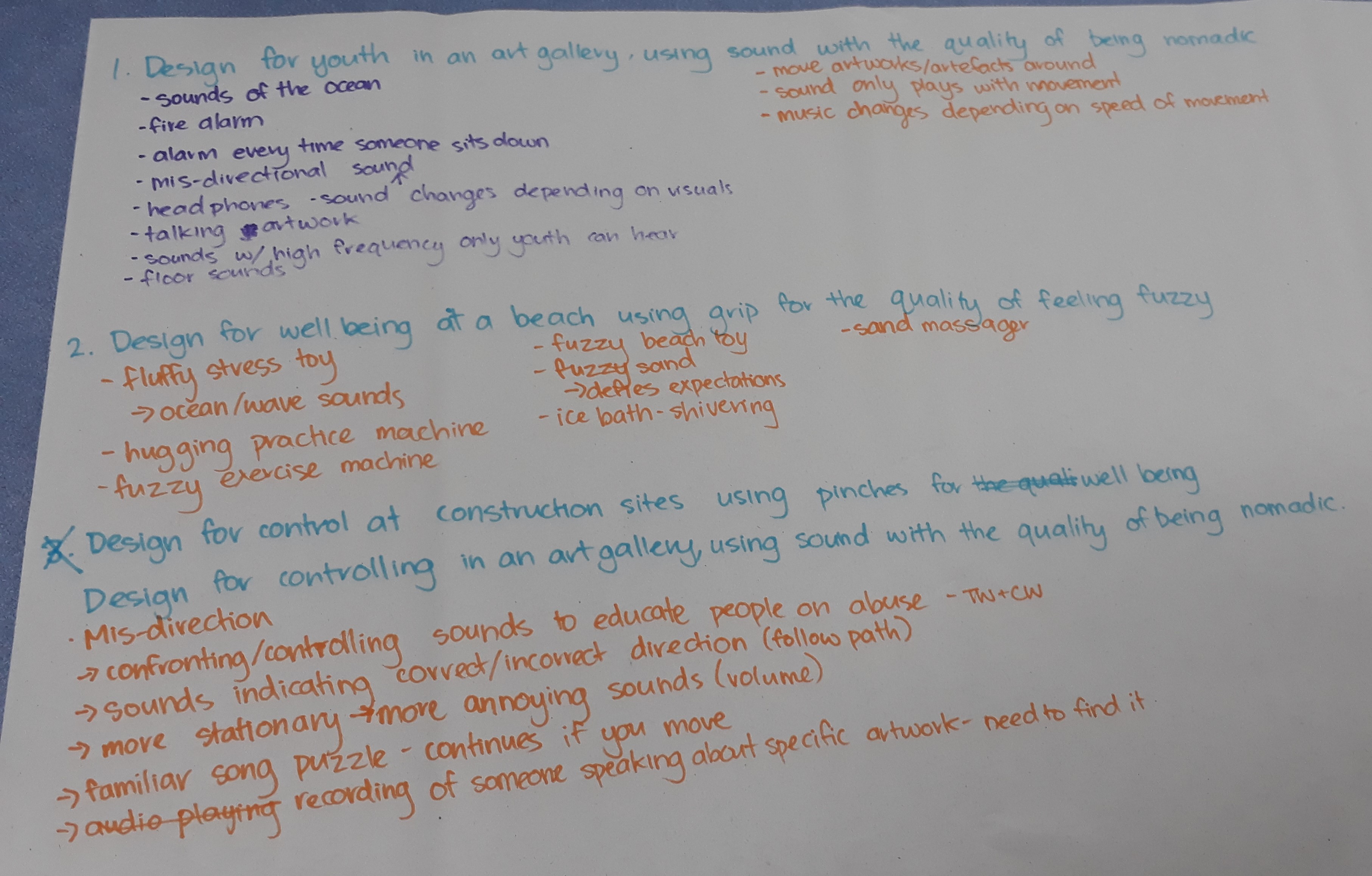 The third exercise was used to create initial ideas for the concept. This helped in coming up with the interaction and the purpose of the concept, wellbeing.

From there I started thinking about puzzle pieces as I love doing puzzles and had been working on one recently. Other inspirations came from a cloth that manipulates sound and light. This got me thinking about having a cloth on the top and bottom of the puzzle, however, this was not explored more. I also kept thinking about the artificial skin phone cover and how you could pinch it which I found interesting and further inspired the interaction mode. Other inspirations for the interaction mode was how the trainman used to punch holes in tickets. At one point a hole puncher was going to be used, however, this was not added to the final concept idea. From there I worked on creating an idea. 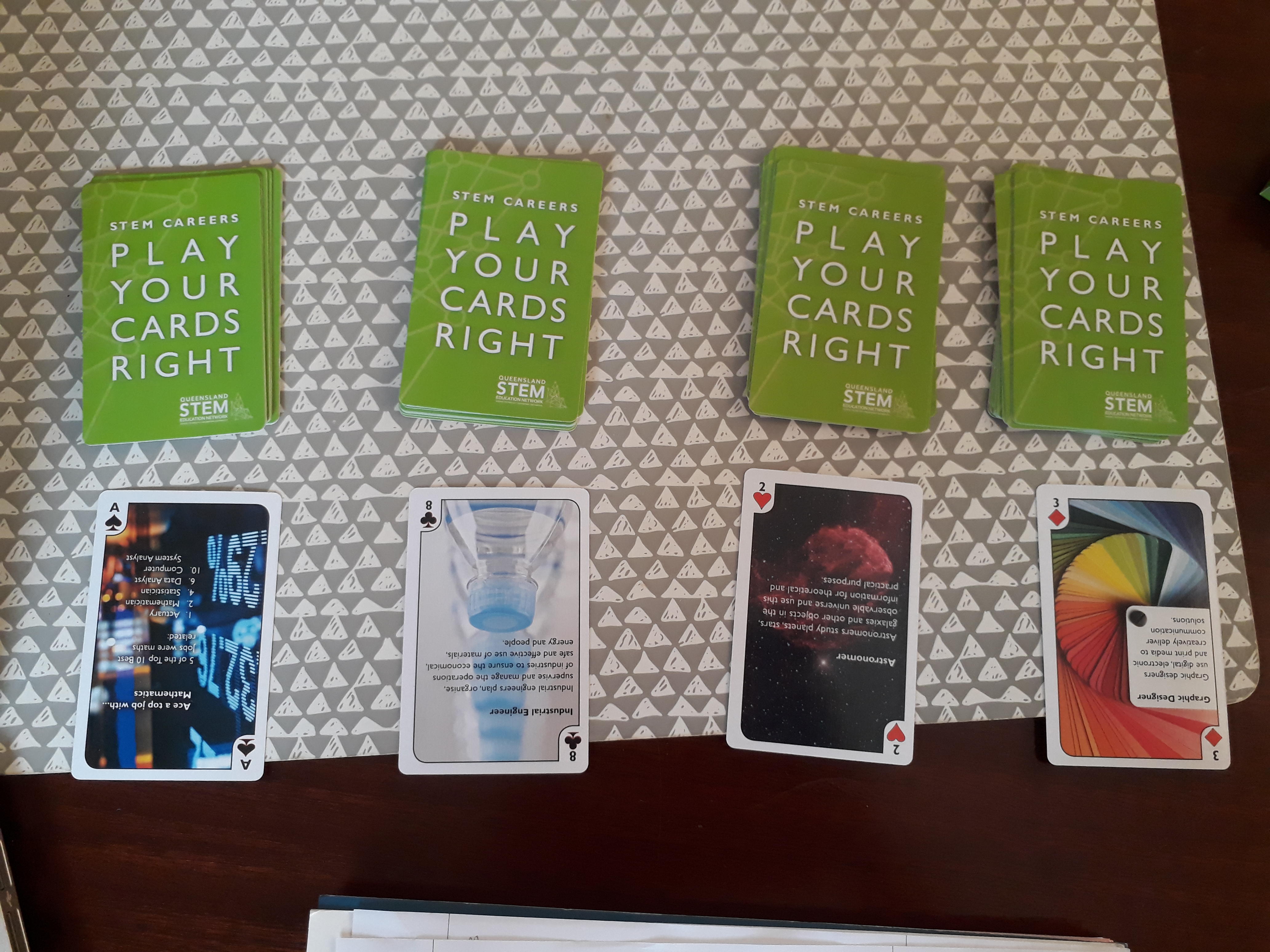 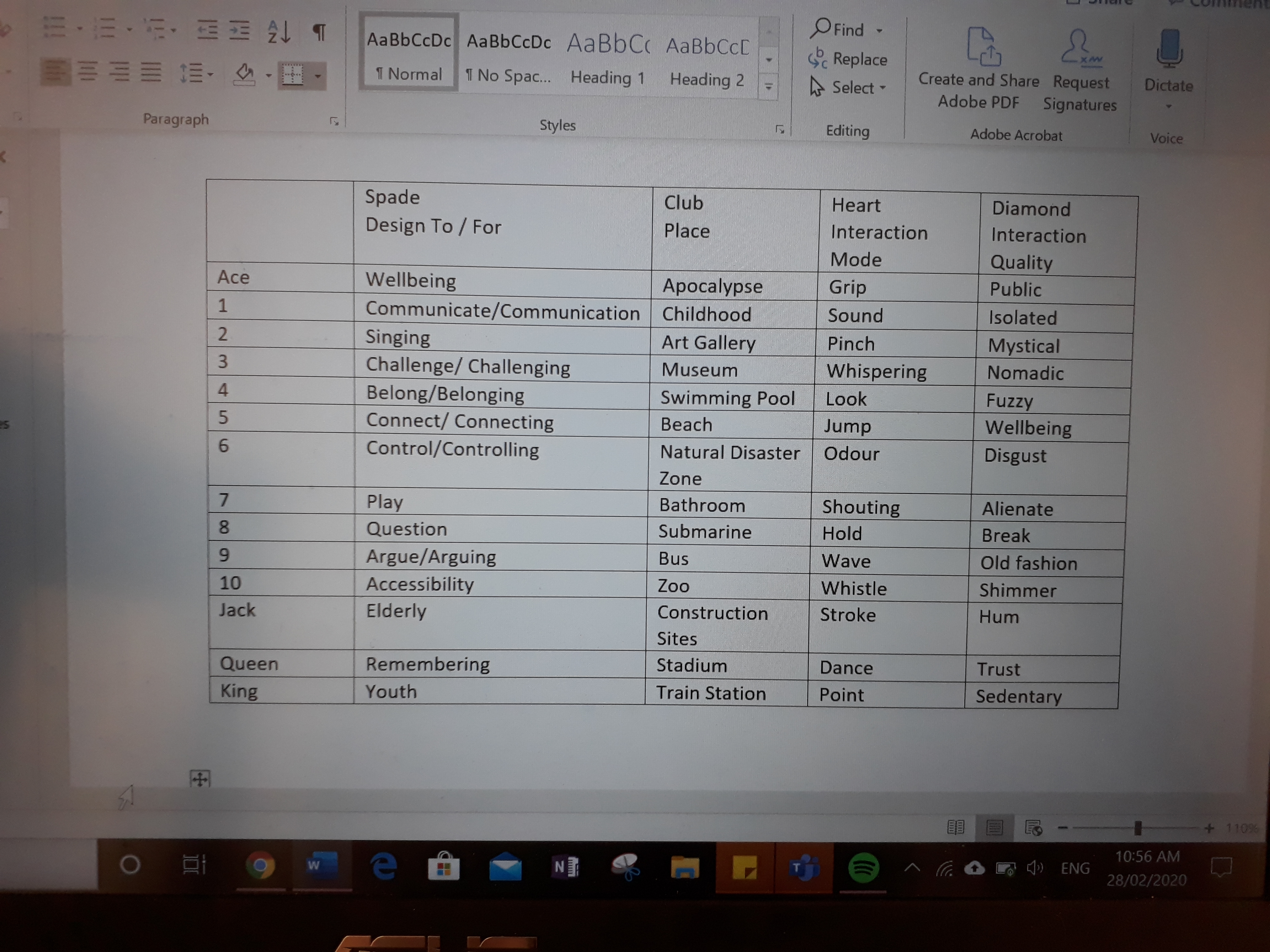