This is the first week of phys comp. This week we mainly explored the form of physical computing and studied a lot of existing innovation cases. I found several examples that touches me. The one is the bar matrix made by MIT I saw few months ago, which can be used to send and receive information and set up scenes, makes me feel a sense of the future. 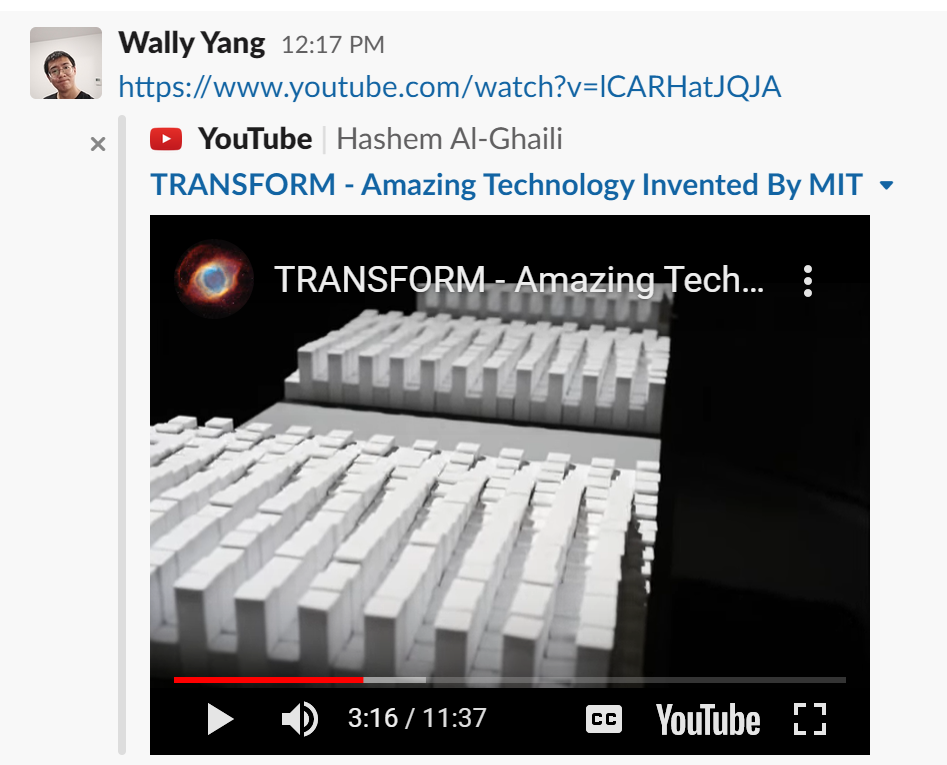 The other was found when I randomly browse online, they use bar codes for music performance, which makes I feel mind blowing, after all, bar codes are everywhere in our lives, but playing it with different sound effect is a very novel experience. But I haven’t thought other stuff like this that we can create. 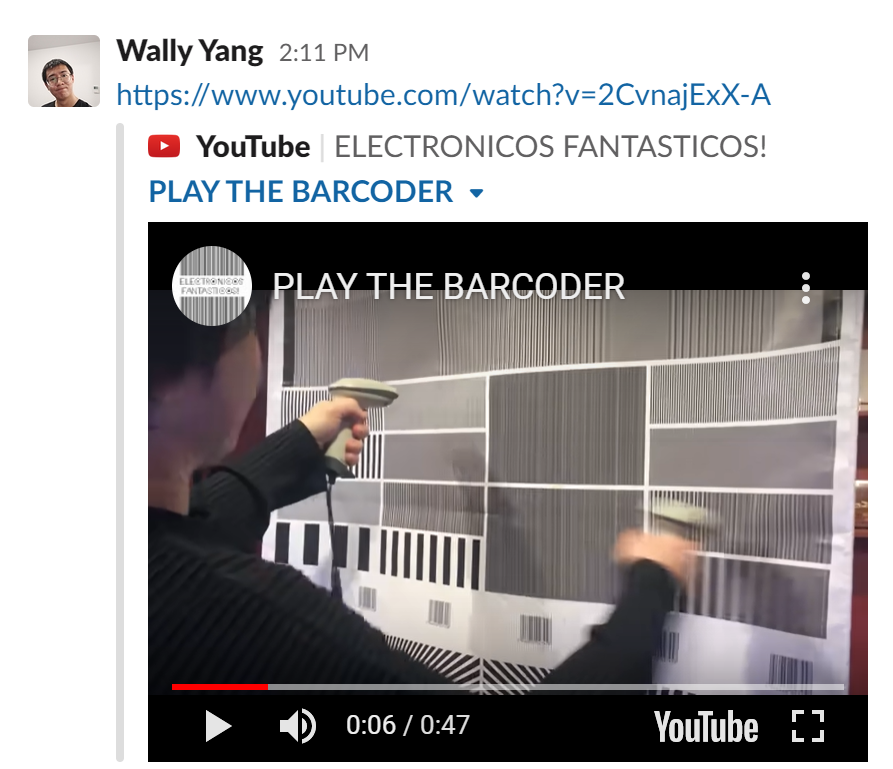 We also read 7 grand challenges of HCI in the contemporary and future. I read about the issues of sustainability and democracy. Comparing to the previous discussion of the relationship between people and machines, this translation question is more about the human-to-human relationship caused by machines, which bringing more complex. Although the article points out some topics such as social justice, in fact, the article does not think of a good solution. This is actually one of the problems I am bothered with for years. I’m aware of that large companies such as Facebook and Google have been collecting various user information and using it for commercial purpose. On the other hand, online content filtering is often considered to lead to information silos. However, there is still no good solution, and Internet companies insist on filtering because this will bring greater user stickiness as they said. Of course, new decentralized explorations such as block chain are very innovative, but it seems that there is still a long way to really become user-friendly and efficient.

Of course, good things happened. For example, Tesla is trying to use satellites to build the global Internet, which opens up more possibilities for residents in under developing areas to access the Internet. At the same time, in citizen participation, the cooperation between scientists and game EVE of placing real star maps in the game to invite players to participate in the analysis and exploration of the star maps has achieved real academic results. These stories keep inspiring me.

In addition, we also conducted a brainstorming through cards. This kind of brainstorming always reminds me of some terrible ideas. I didn't learn Worst Possible Idea is even a serious ideation method until I was doing design thinking course. These terrible ideas often make me think of better things, so I am very enamored with this method. Anyway, it helped me open up the idea of hiding the fitness equipment in the room in the gym and choosing the room to exercise by smell. Although this idea met with opposition from the same table. 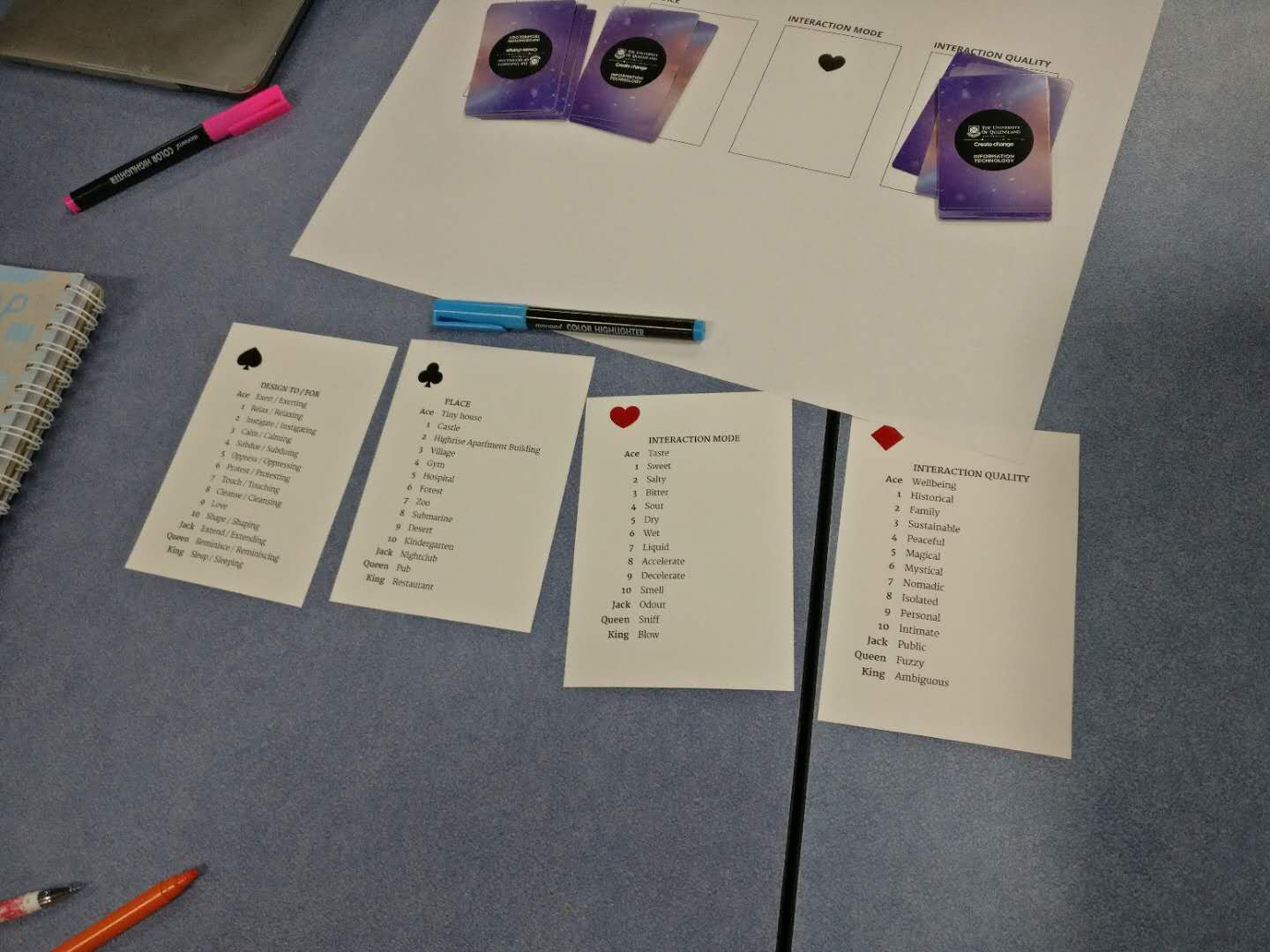 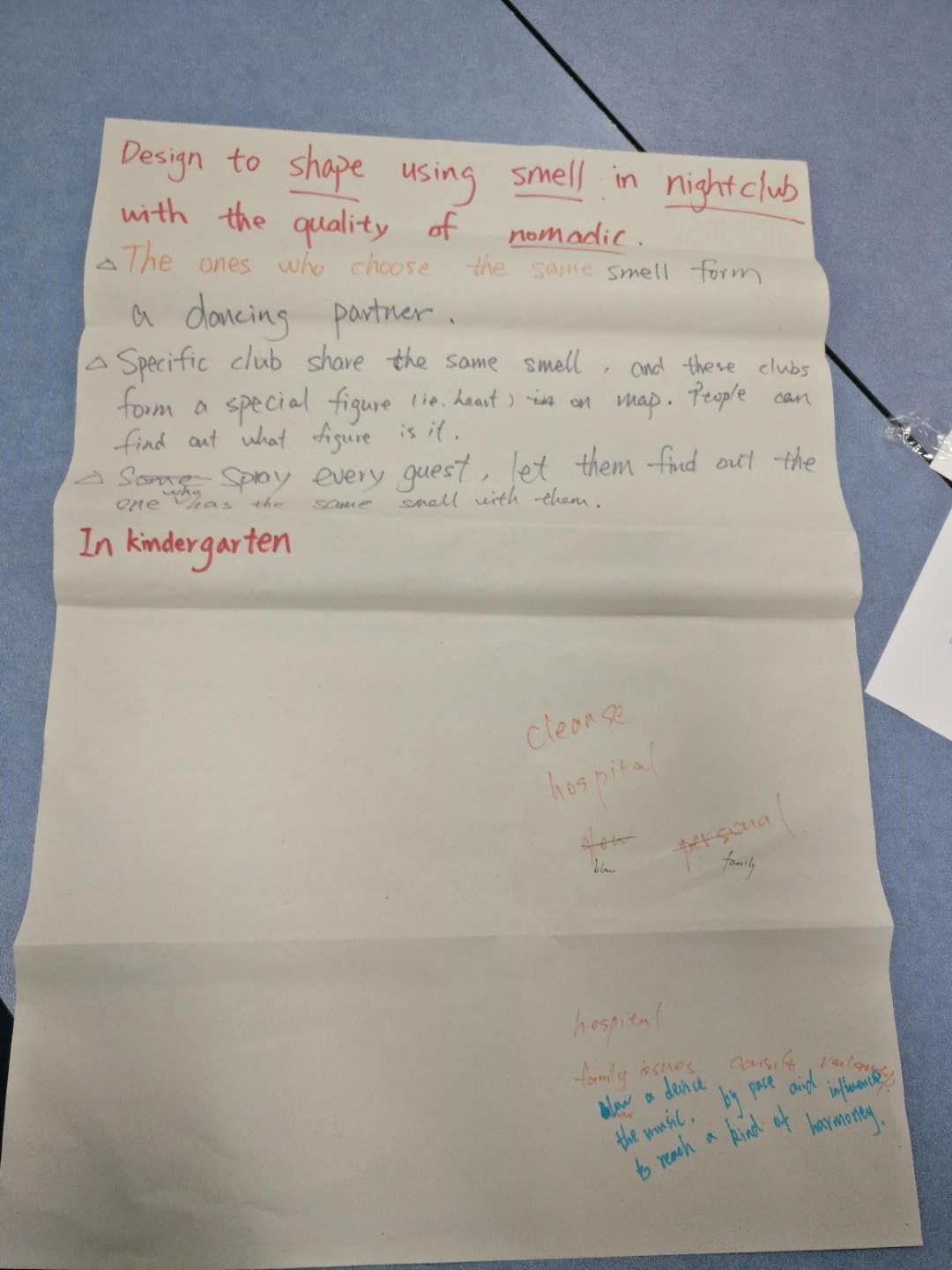 I also completed a raw idea poster production this week. From the childhood game, I thought of the idea of making a human shape by hand and playing the game with my hand. I will introduce it in detail in the following sections.

So, the major task of this week is basically ideation. This is an essential step for the start of a project. I don't like this process very much, because it is always tormenting. But I like the results produced by it. Although this week seems to be hitting randomly, it will definitely point us in the right time.

I think the world cafe will be a very useful event. Because the ideas I found in the world café in studio 1 last year helped me and my teammates complete a cool project, Brisbane river adventure . So, I ’m very excited about the activities in the next two weeks look forward to.

Next week I will pay attention to the presentation of others. It is very efficient to draw inspiration from others’ idea. At the same time, I will try my best to showcase my idea, maybe I can find some like-minded teammates. I also look forward to the world café in the 3rd week.