This week I mainly focused on two parts. Firstly, putting all constructed features together to form a prototype of my concept. Secondly, simply list things I need to improve in my concept based on reviews.

Prototype building – put all features together

Last two weeks, the vibrating feature, LED ring activating feature, data communication, touch feature, and time counting feature were all achieved excluding the direction feature, which is mocked up in the prototype by simply activating certain LEDs. This week, they were all held together in an Arduino board. 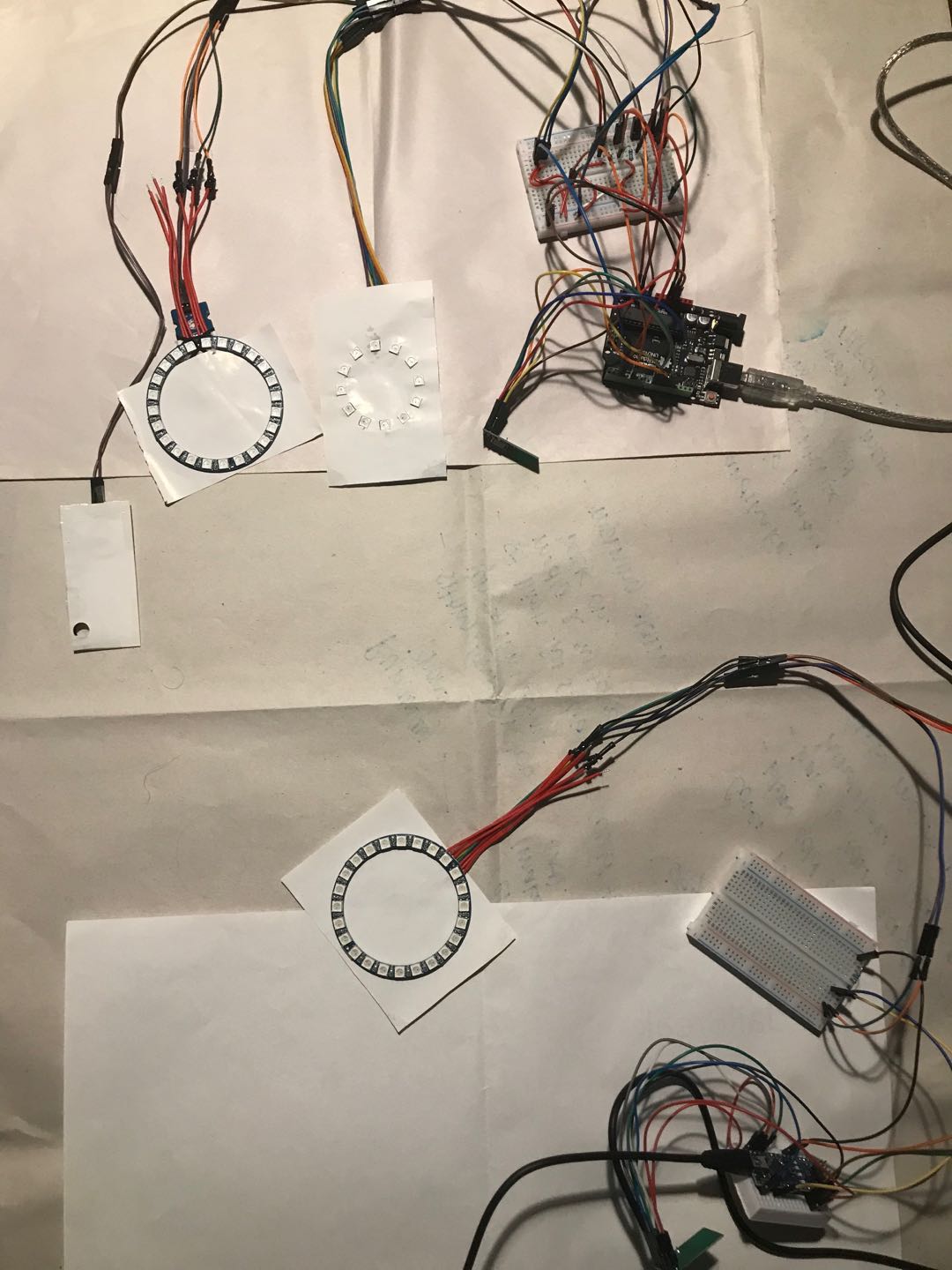 As you can see, there are still many jumpers around the board, and since one user has three patches, which means the jumpers might affect the user experience. Also, it could be seen when I was taking video with a user, who thought the number of jumpers were many, and I could see his experience was a bit affected. It means it is necessary to make them wireless in the next prototype. As the use of wearable technology, it also important to make sure users are able to interact and use it without discomfort. Moreover, too much jumpers also means the prototype construction might be complicated, and it is easy to make mistakes, which could be hard to identified and checked. So, in order to ensure the prototype building is efficient without confusion, I think it is better to use short jumpers and clearly separate different features in the Arduino board. 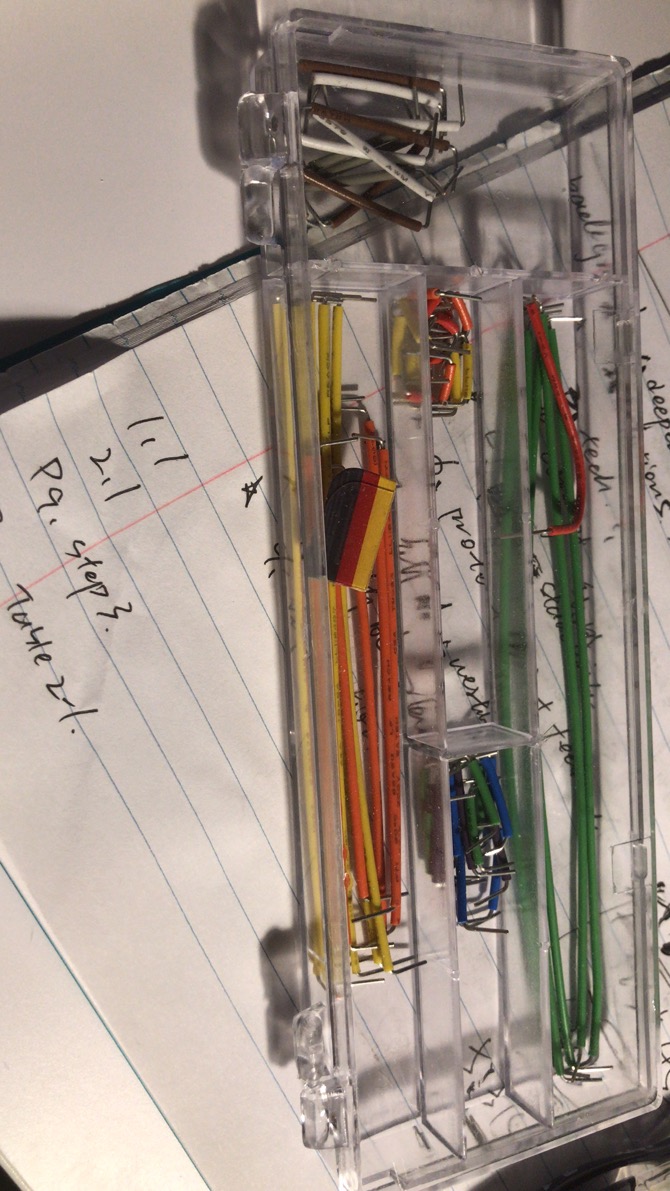 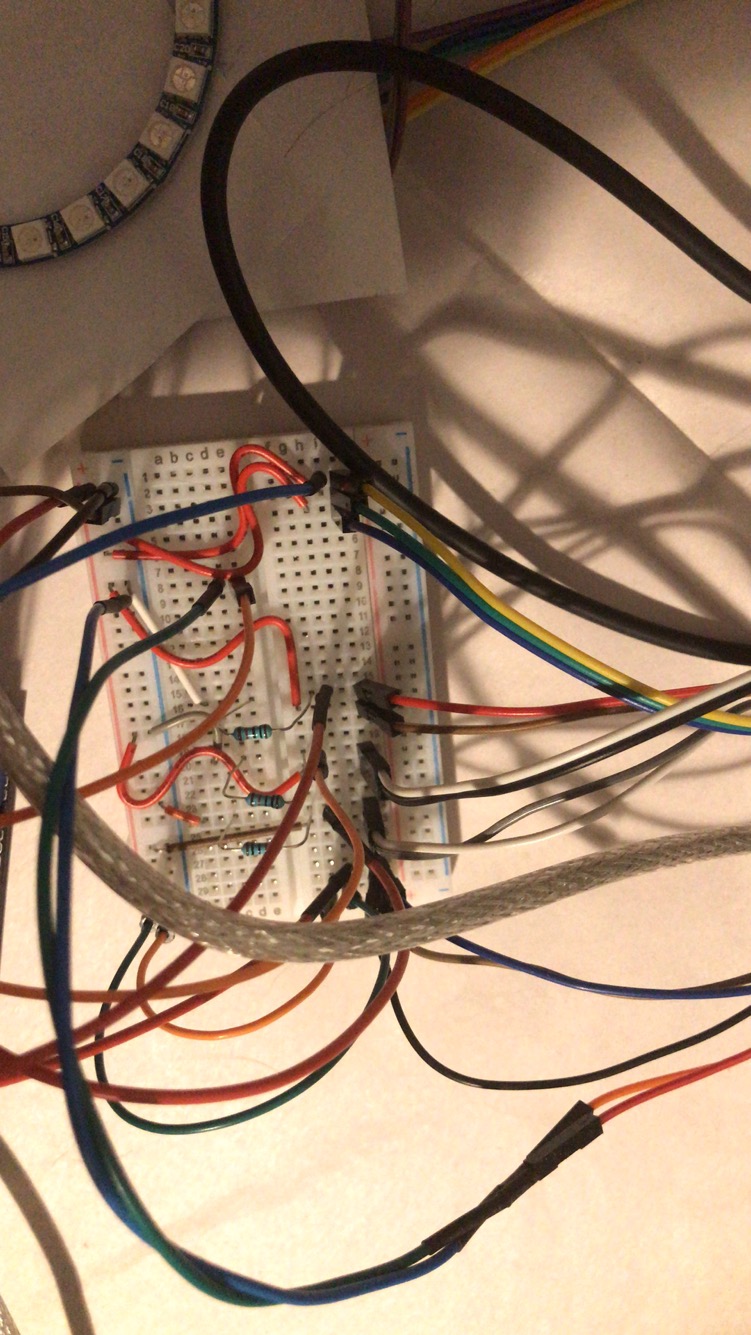 On the other hand, an online show-case was held this week as well, it was amazing to see how other students built up their prototypes and concepts. Some of them are quite interesting and fascinating for me. For example, the sustainable machine ‘Emily, which is used to identify the indoor, outdoor temperatures, and the use of energy-consumption related stuffs such as TV, air-con, and fan to see how efficient the use of these stuffs is by interacting with it such as touching and moving so that the user is able to form a better energy-using behavior. This idea is really cool because it combines with human emotions, through showing how the Emily feels to the user such as anger, discomfort, and sadness to connect with the user. So, it might be more efficient to bring its core ideas to the user, and he/she are more likely to behave sustainable and environmentally friendly.

I think it could be also a strategy in my concept. Since my concept ‘patches’ also performs like a reminder, it means it needs to remind the user his/her sitting time. The current idea is to achieve it through vibrating the user and create an uncomfortable feeling. Also, it is kind of everyday thing that user needs to use and interact with it every day, the user might feel tired or bored after using it for long time. I think if human emotion could be implemented in it, then he/she might be more easily to accept and use it. For example, using the change of vibration or the change of color to represent it is ‘alive’. Extra research and audience interview might be needed to further explore this feature.

On the other hand, I also got feedback of the concept from other students. There are a number of suggestions could be considered to improve my concept:

• Instruction of using the product should be more clear.

• Put the seating detect sensor on the chair would be better since the playful interaction does not need it.

• increase the LED lights in frequency to indicate when another user is close by in any particular direction.

• It could be paused for any circumstances such as meeting.

Moreover, based on their feedback, some questions related to the concept and prototype need to be further explored:

• Is the wearable device complicated to use and wear?

• What if people find this uncomfortable?

• Is reward system suitable in my concept?

For the question 1 and 2, I would conduct a prototype testing session to explore them; for the last question, online research and literature study would be conducted to analyse, firstly, whether reward system is suitable/necessary in my case; secondly, it could be implemented in the concept through what ways.

Few things need to be done before the final show case: