This week we finally presented our prototype and the individual parts that we had been working on. Making the video for both the team and myself took a lot more effort than I had anticipated but I was quite satisfied with it in the end and was eager to show it and get feedback. I also managed to deliver in good time before it was due which always feels nice.

On Tuesday we first had some administrative information before we could start on the appraisal. After, my team and I decided to go right ahead and start so we could be finished as soon as possible. We organised it so we first watched the video together and then read the document for that video. After, we discussed everything together and wrote bullet points with feedback individually. Everything we could think of we wrote down. After we had finished the first team we divided the videos between us and wrote a summary of the bullet points. After working for approximately 5 hours we had managed to see all the videos for 2 teams and written 3 summaries. However, at this point, some of the teammates (especially me) had lost a bit of motivation and concentration so we decided that we would do the rest at our own pace as long as we were done by Thursday. I finished the last 4 videos and wrote the bullet points later that day. When everyone had gone through the videos and written their bullet points I wrote the final two summaries that were assigned to me. Overall, I think I spent 7 hours doing the appraisals when I add the ones we did together and the ones I did alone. This took a lot longer and more work than I anticipated but both me and my team wanted to be thorough and give full and constructive critique to every individual from every team. 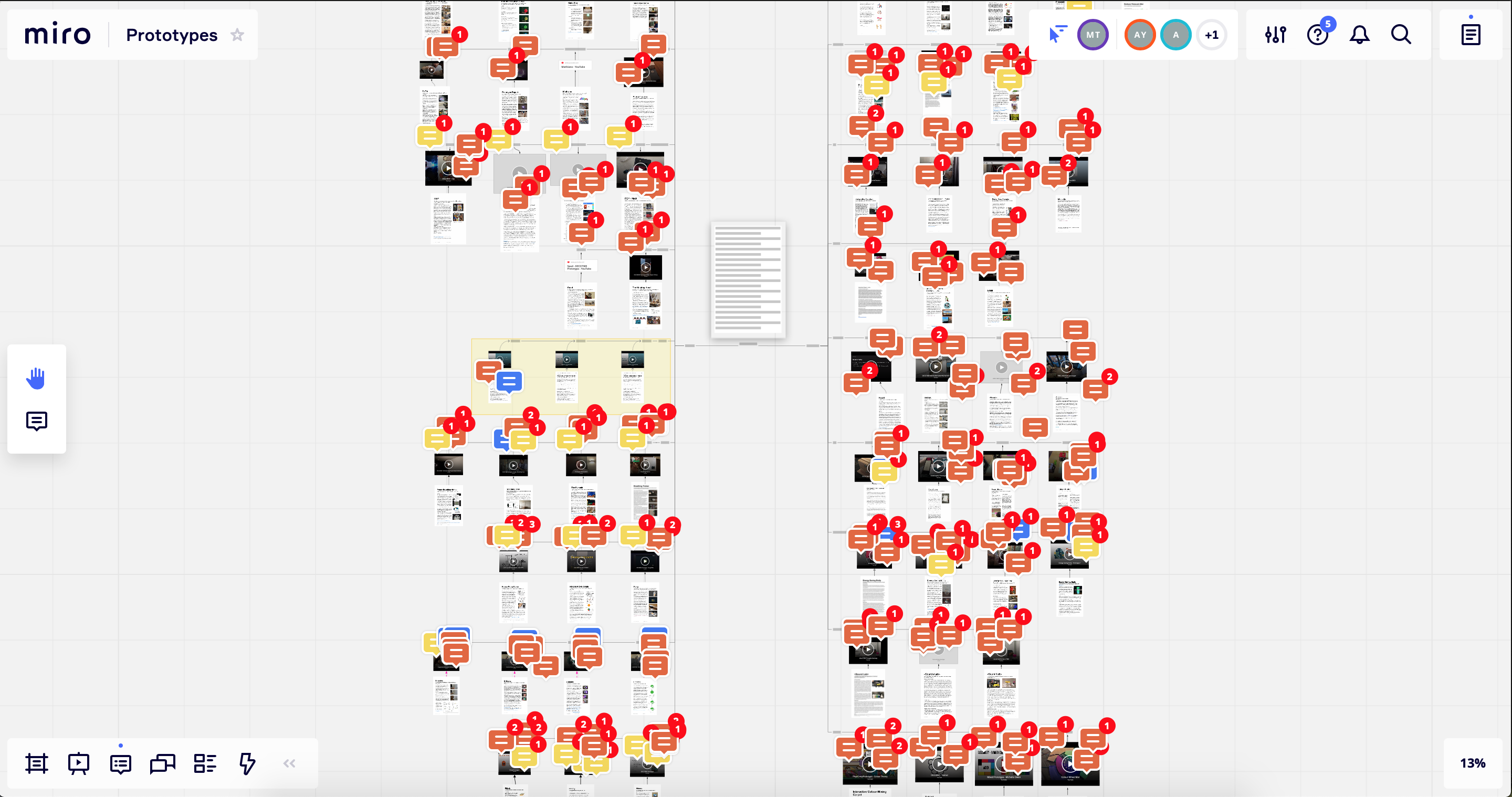 The Miro board looks full of feedback and comments

When it comes to the videos and prototypes themselves they were very different from each other in terms of how much each team member had done, how easy it was to understand and interpret and overall quality of the video. After some of the videos both me and my team was only left with a huge question mark since we hadn't understood the concept and what it was they were trying to display. Often the document helped to answer with some of the initial questions but where we felt there was a lack of communication to the audience we had to include it in the feedback.

Overall, I was impressed with many of the videos that we reviewed and how much work some of our classmates had been able to do in such a short amount of time. It was really fun to see what people had been working on and how they solved the issues that had occurred along the way. I'm excited to see the fully developed prototypes in the exhibit and hopefully will be happy with the one I will be presenting as well.