This week in-studio classes, we were asked to review our fellow classmates' prototype documents and videos. As a team, we were able to utilize studio hours to watch each of our assigned videos through zoom. After each video, we would then review their concept and appraise them according to what we felt was positive points and what we felt needed improvement on. Collectively, we would then jot down dot points on a shared google doc to outline all of our individual thoughts and suggestions. This made it easier for us to have a collective appraisal for each of the teams, where we went off constructing all the dot points into a readable state.

Having said that, we were very intentional about what we said and how we said it as we thought it was important to give constructive and actionable suggestions to the teams we reviewed. We noticed that it is crucial to set the tone of the appraisal by highlighting what the individual has done well rather than going straight into what they could have done better as we realize the tone of written comments is drastically different to in-person discussion, we then provide suggestions that we thought might add value to their concept. We tried to be intentional in giving critiques relevant to the individual's stage in the design process and steered away from appraising the individual's research into the problem space as we understand that you can't possibly fit 10 weeks of background research into a 6-minute video as we noticed a few critiques were based upon things other than the interaction of the prototype.

After reviewing 12 different prototypes, I had the chance to reflect upon my own prototype and design process. I realized that my prototype lacks direction, I realized that in the midst of developing this concept, the main overarching theme and problem space is to build a concept based on learning through musical things. Having said that, I would need to reflect upon what it means to learn emotional intelligence though my concept? How would music relate to colors? How would my concept promote self-expression? Knowing what I know now, I will be building off my concept to focus on "Promoting emotional intelligence though musical things". A few actionable aspects I can focus on now are: 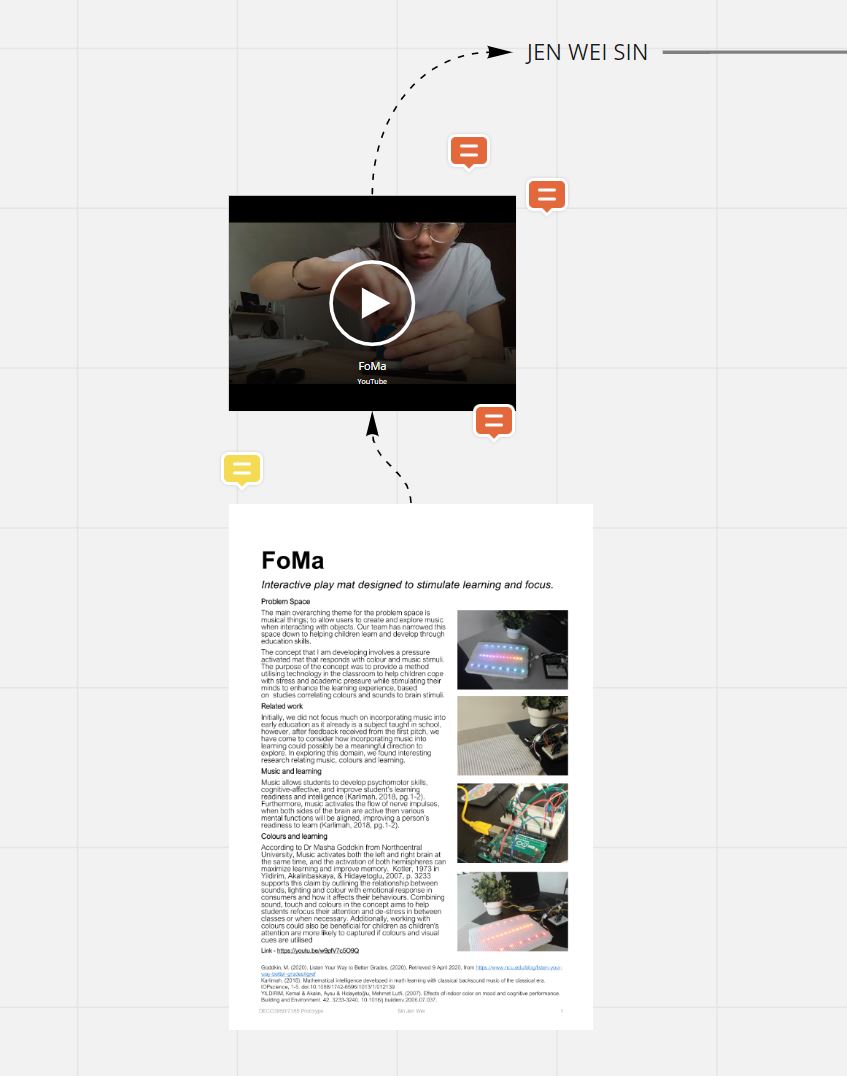