This week I started making version 2 of the prototype, which contained a few added quirks to the robot's face. The new changes were the features I touched on last week. An eyebrow and new smiling implementation were used alongside potentiometer to control robot's expressions. It is just a simple build that tested out the new neopixel strips I acquired last week. 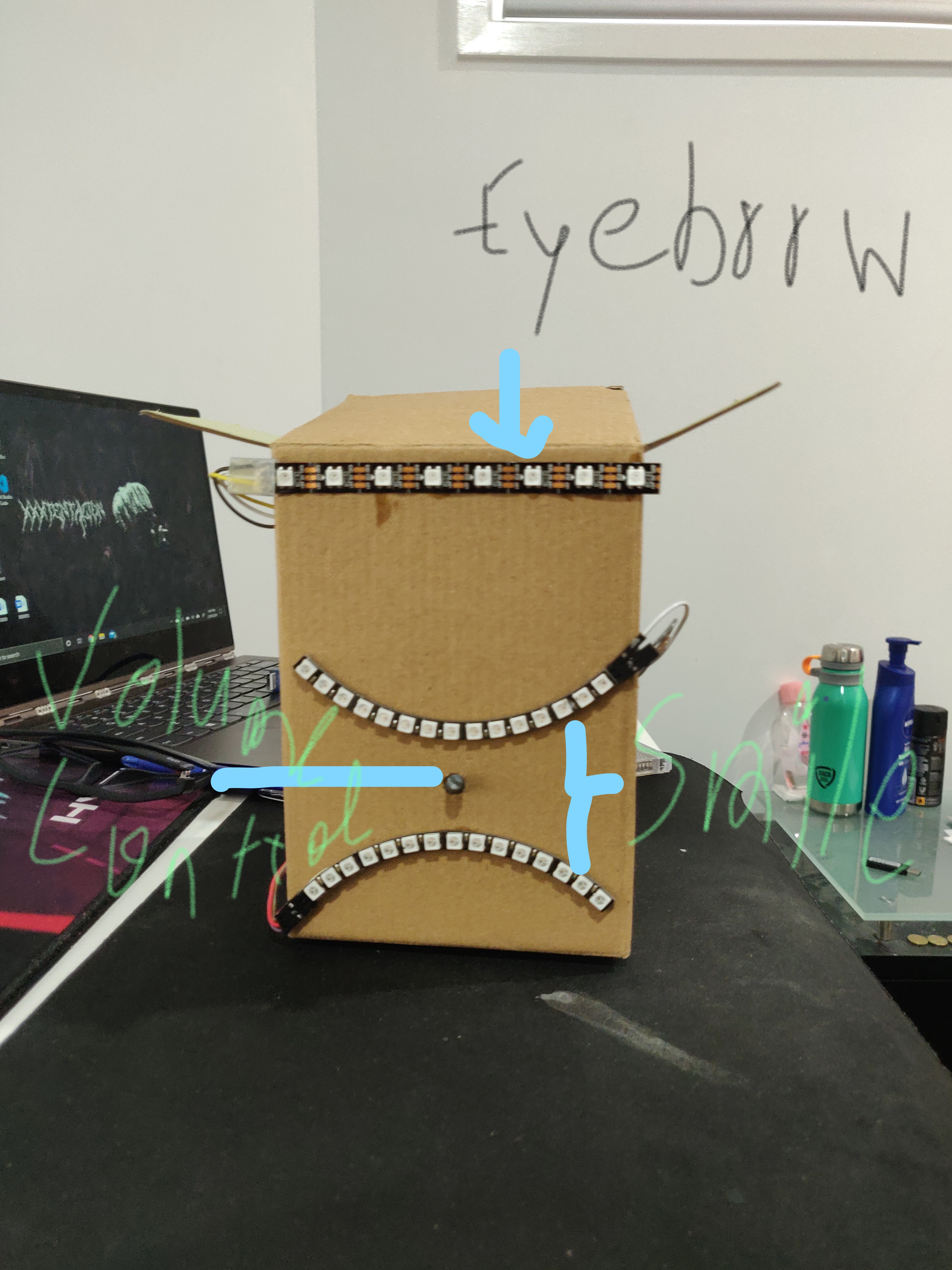 As can be seen, a potentiometer acts as volume control for robot. Turning the potentiometer in either direction controls the mood of robot which is reflected through smile and eyebrow.

In addition to simply implementing previous functionality, I have also added the leds turning on one by one. The purpose here was to support the transition from happy smile to frown as user lower's the volume.

In Arduino, very simple code is used, which reads the potentiometer and depending upon it's range, lights up the led. Something to implement in future would be a variable which holds the anger of robot and increases once a transition have been made from smile to frown. 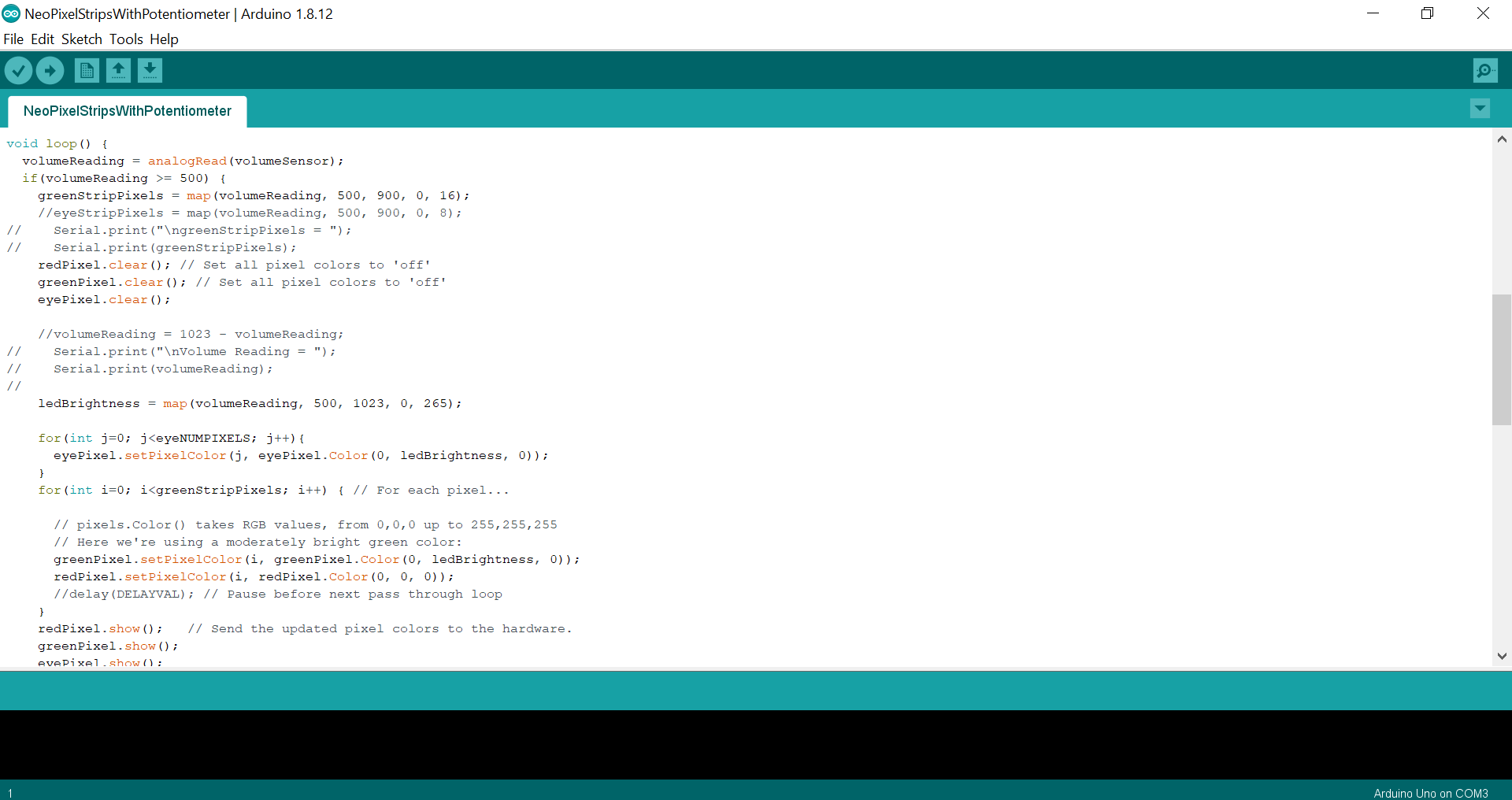