This week, I received the mini projector, so I tried to play the project with this device. But I got several problems. The first problem and foremost problem is no HDMI cable slot on my laptop. I don't have it now, but I will get it. Because I cannot display the image directly from my computer, so I create another method to test if the camera can read the marker. I put the projector on my camera tripod. The projector faced down to the floor, where I put the board marker. Then I displayed the images with it. The second problem came. The resolution does not fit with the marker. Because of that, I just left it like that for now. At least, it will give a distraction to the physical board marker. 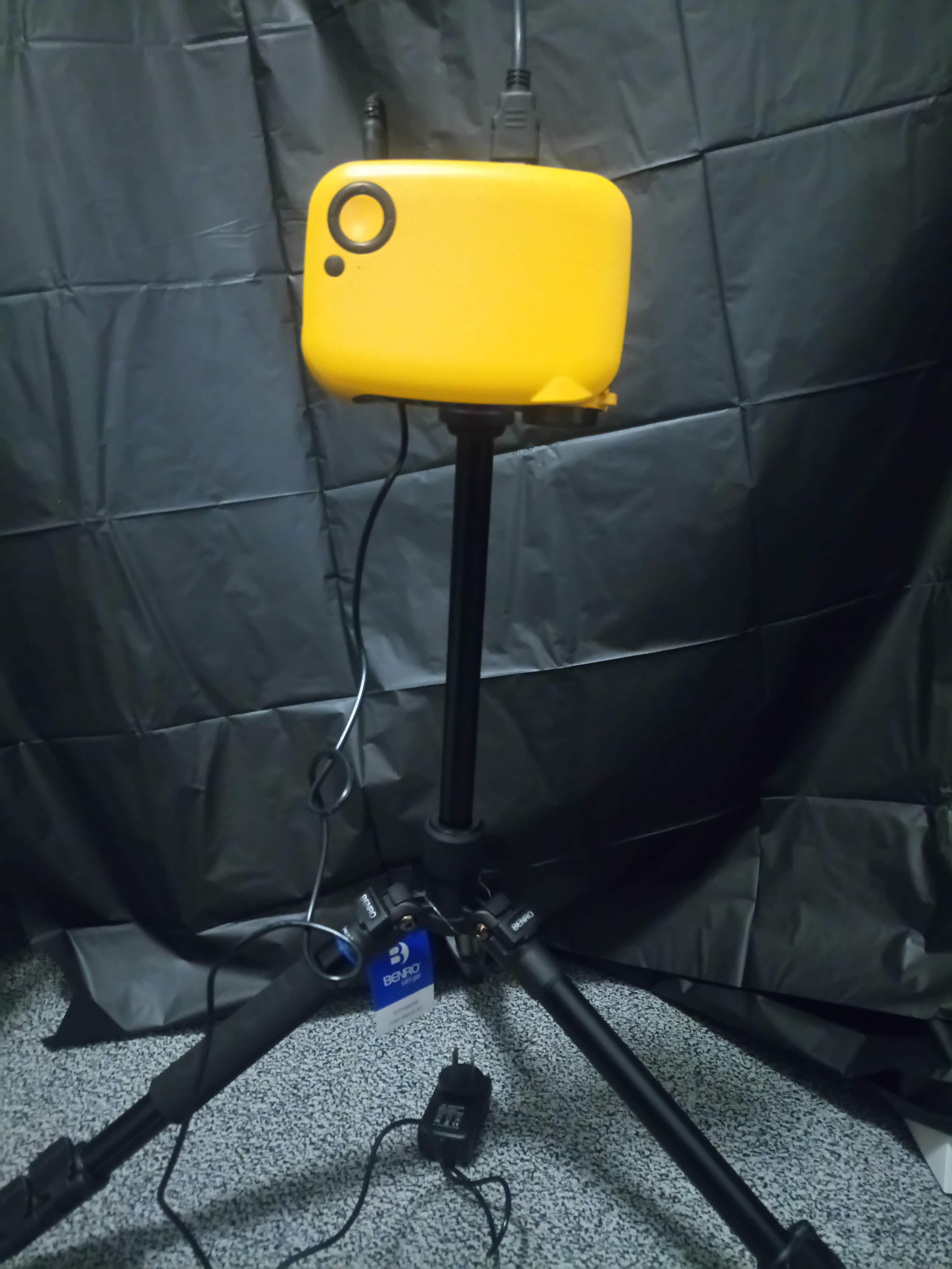 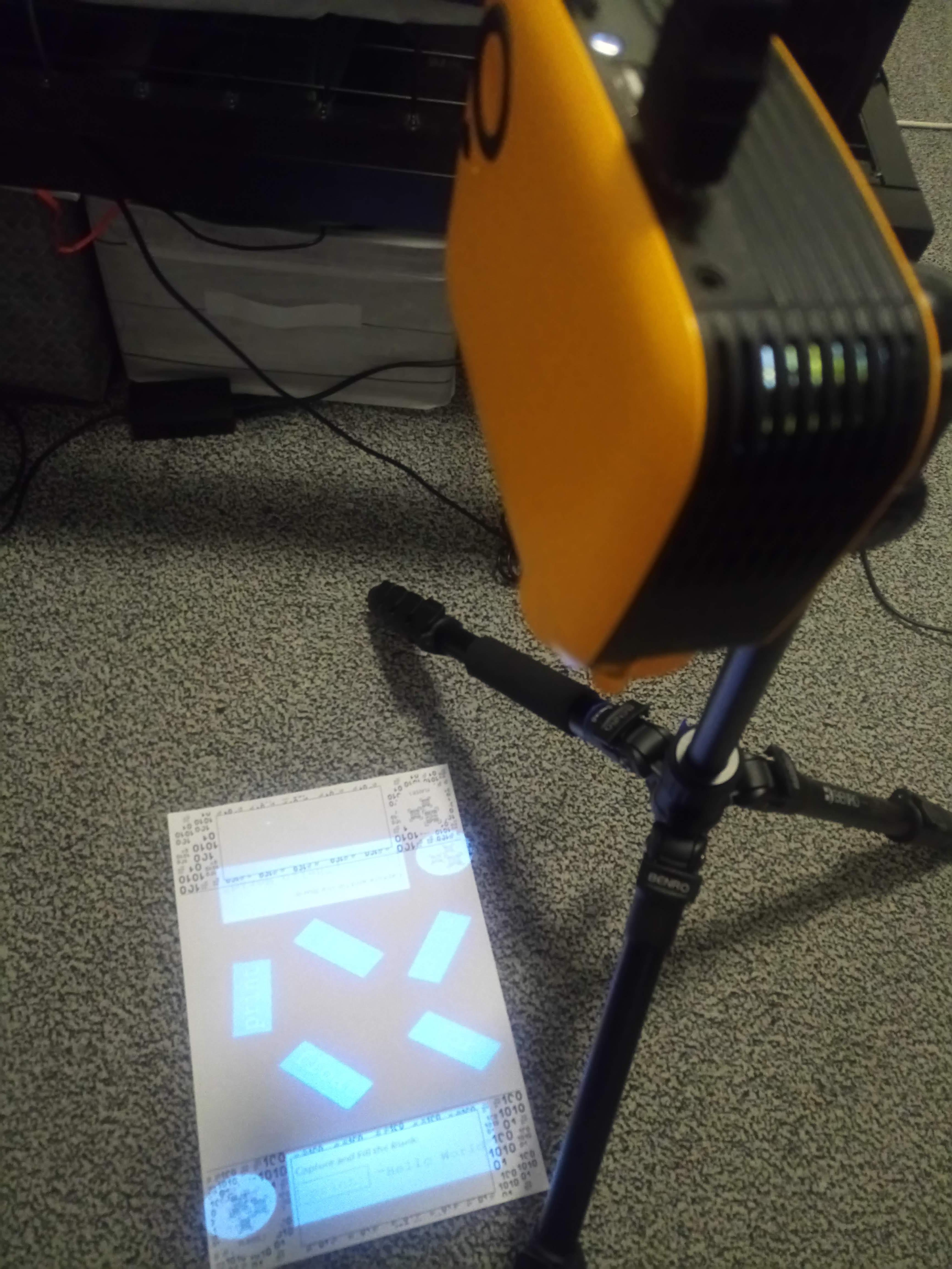 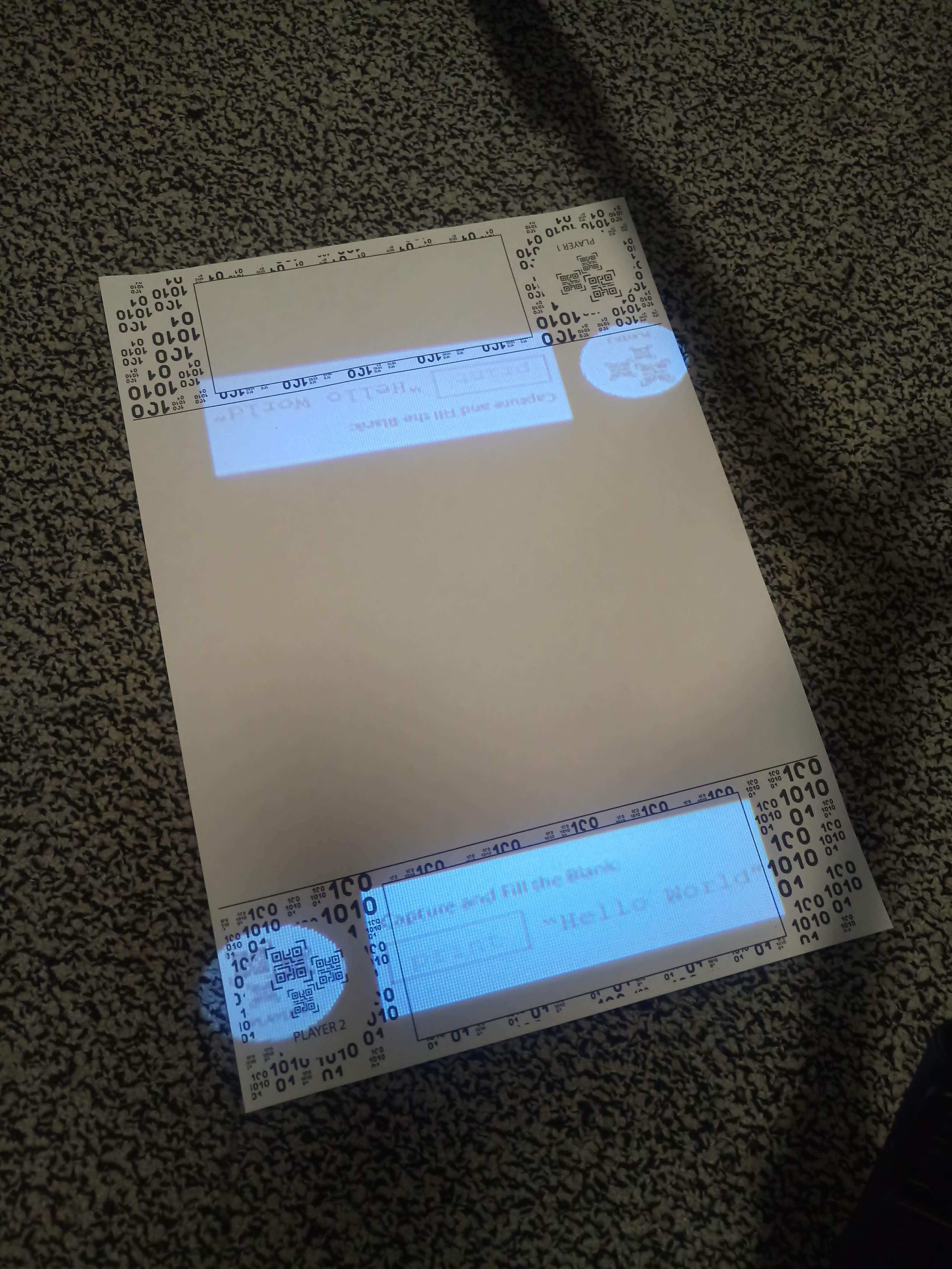 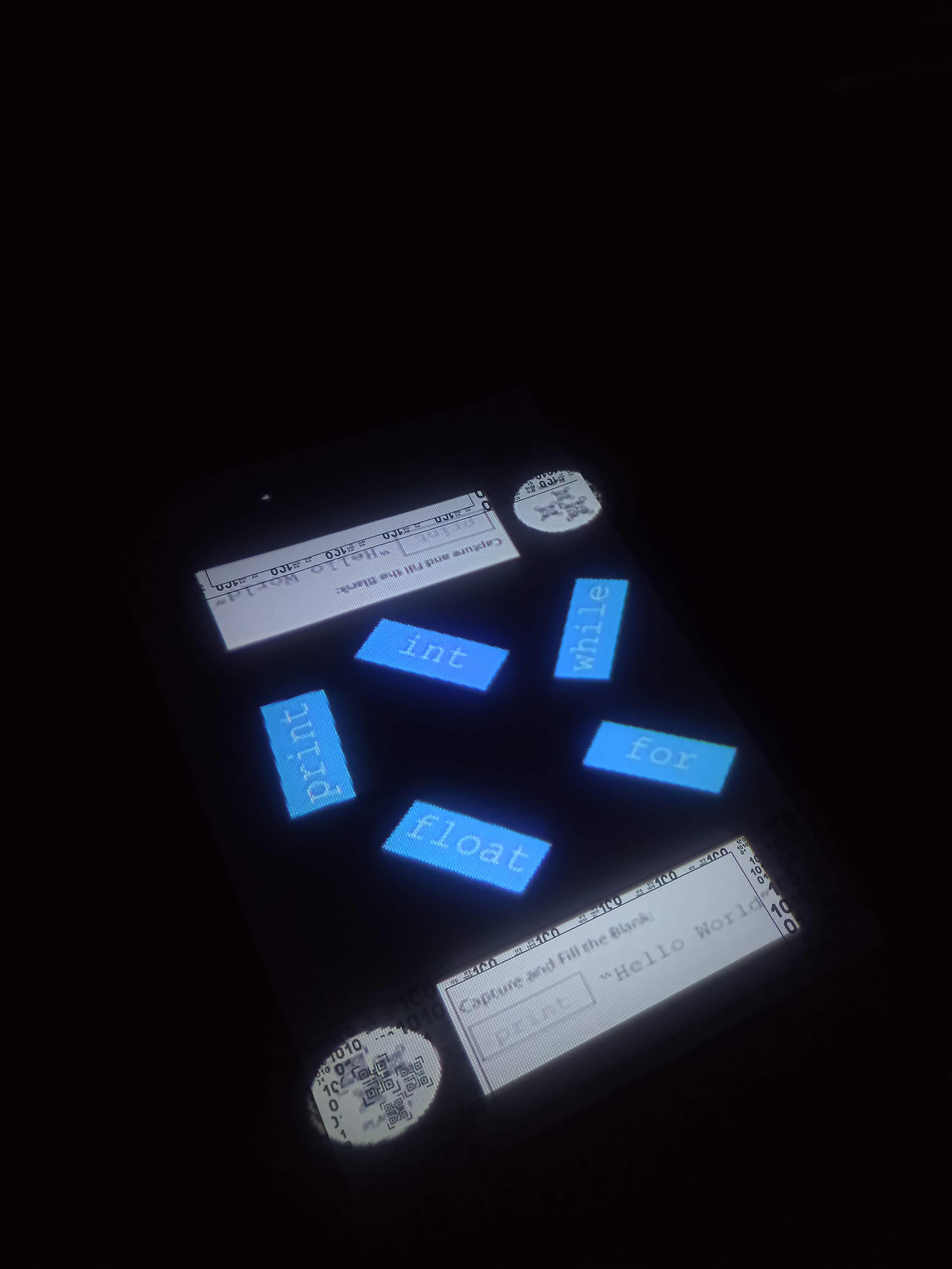 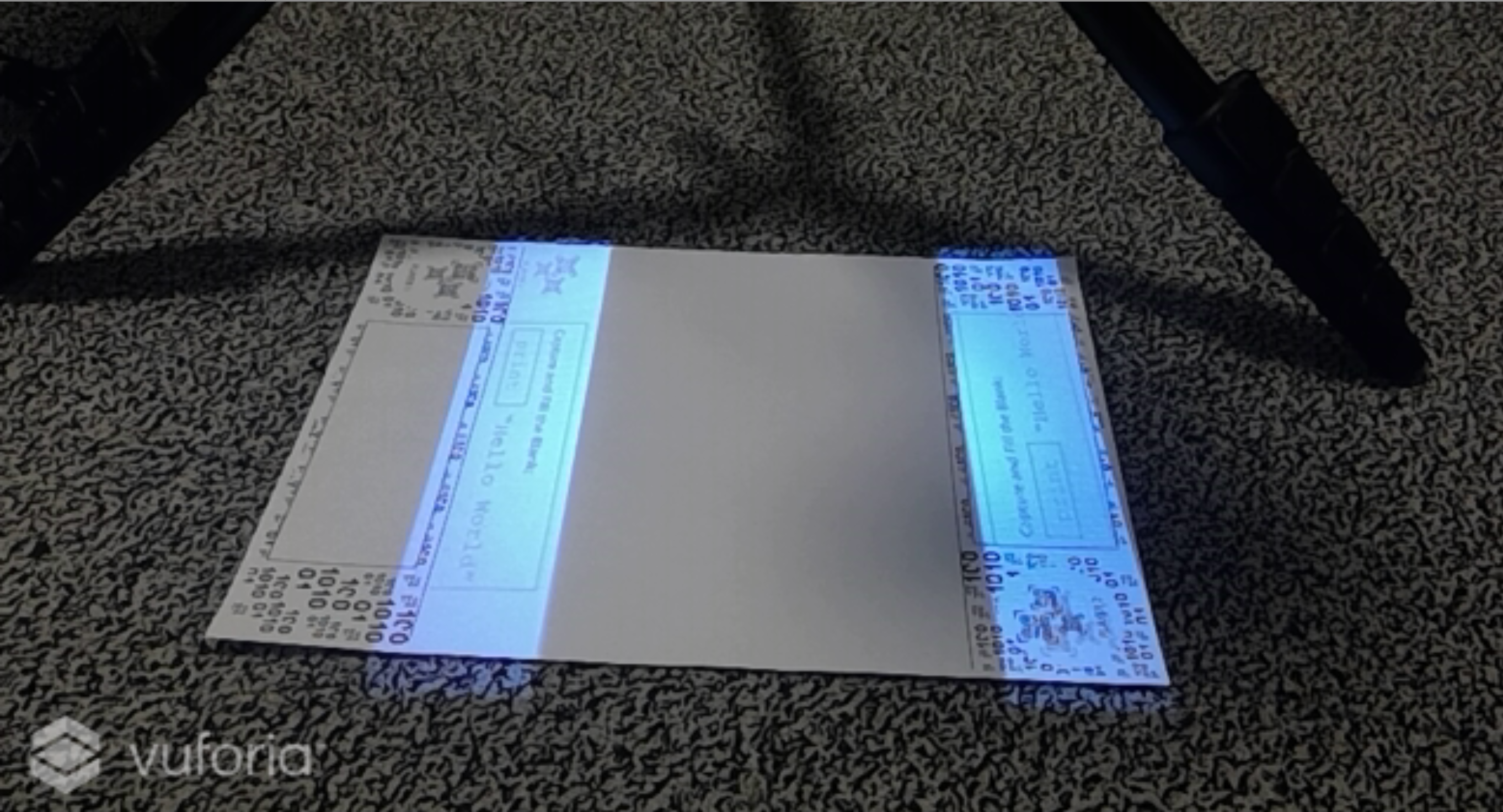 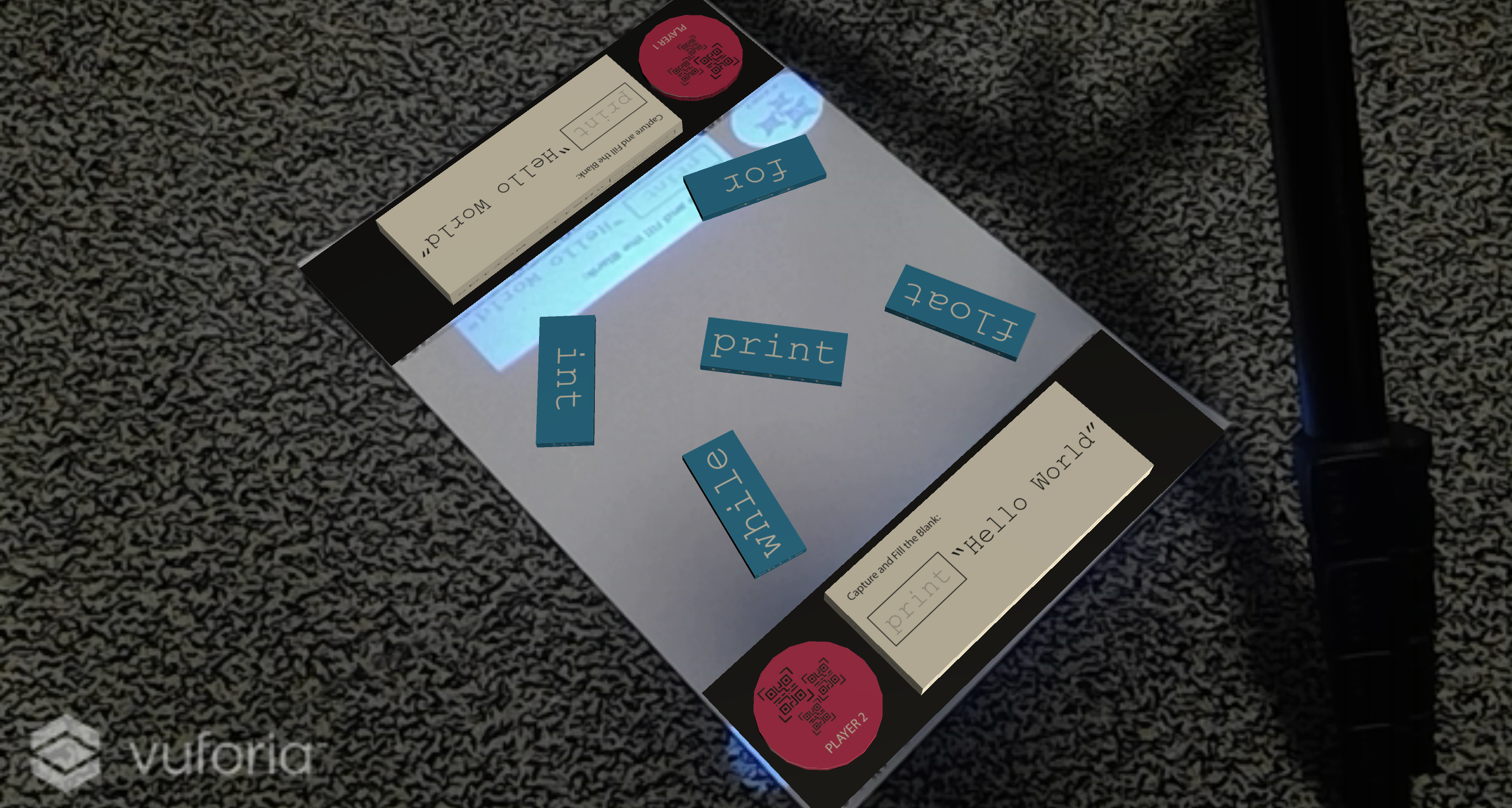 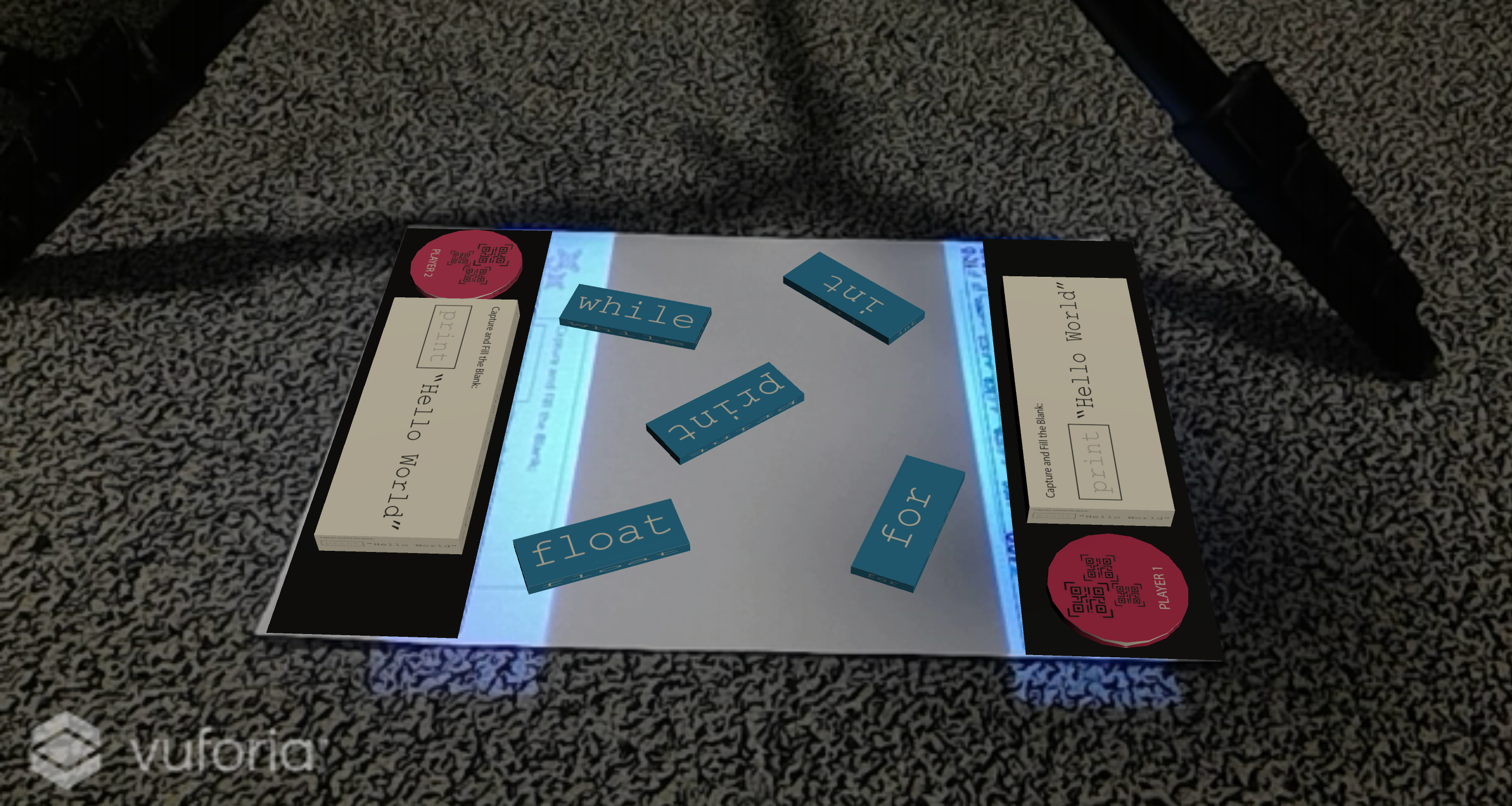 The capturer marker is always hard to be read if the range with the camera is too far. I think the quality of the camera will affect the marker reading as my rear camera is not as good as the front one. It can be seen in the images below. I screenshot it from my laptop. Once the capturer detected by the camera, the virtual object can be seen. Then I overlay it with the projected image. It still there. 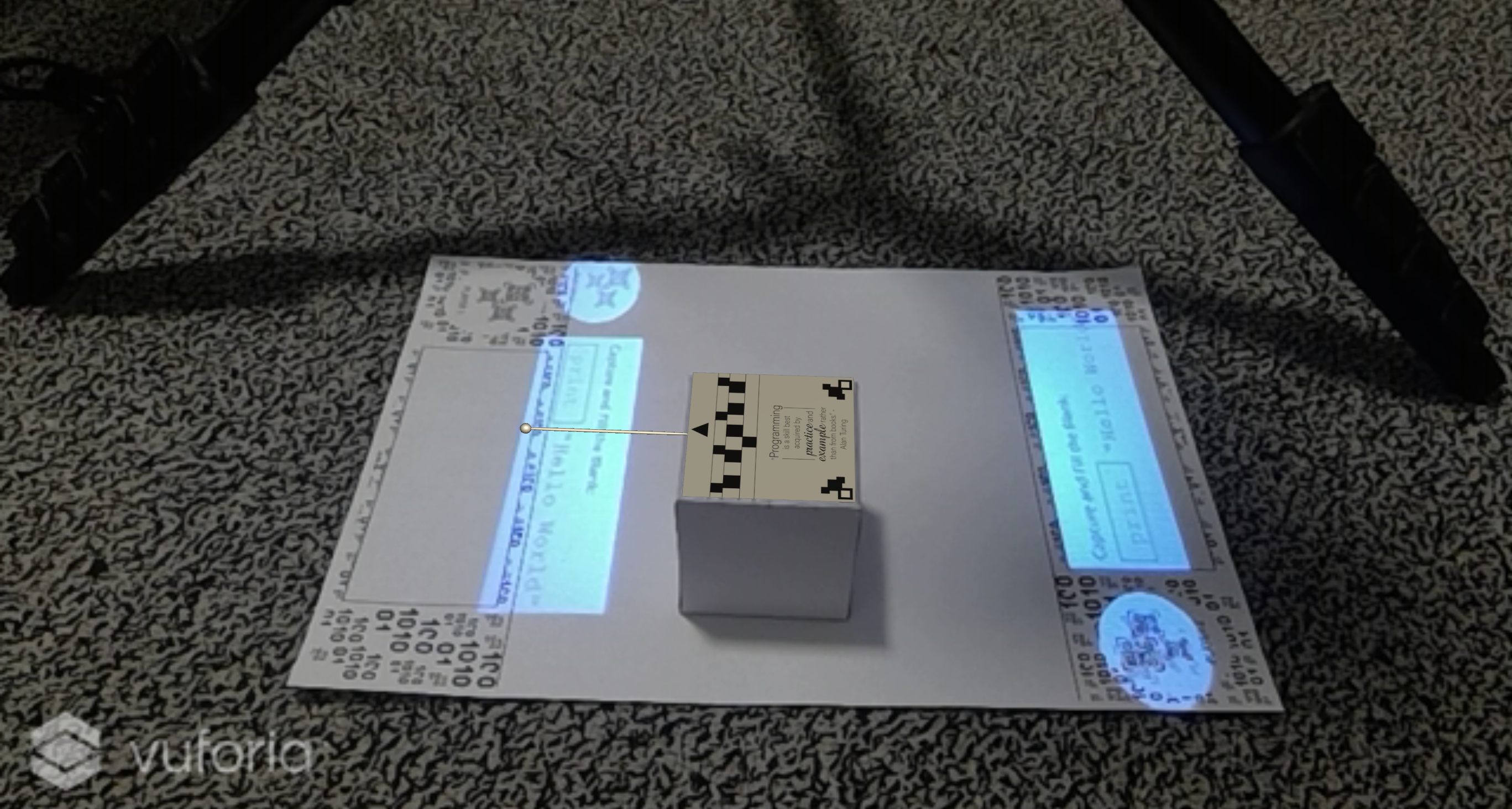 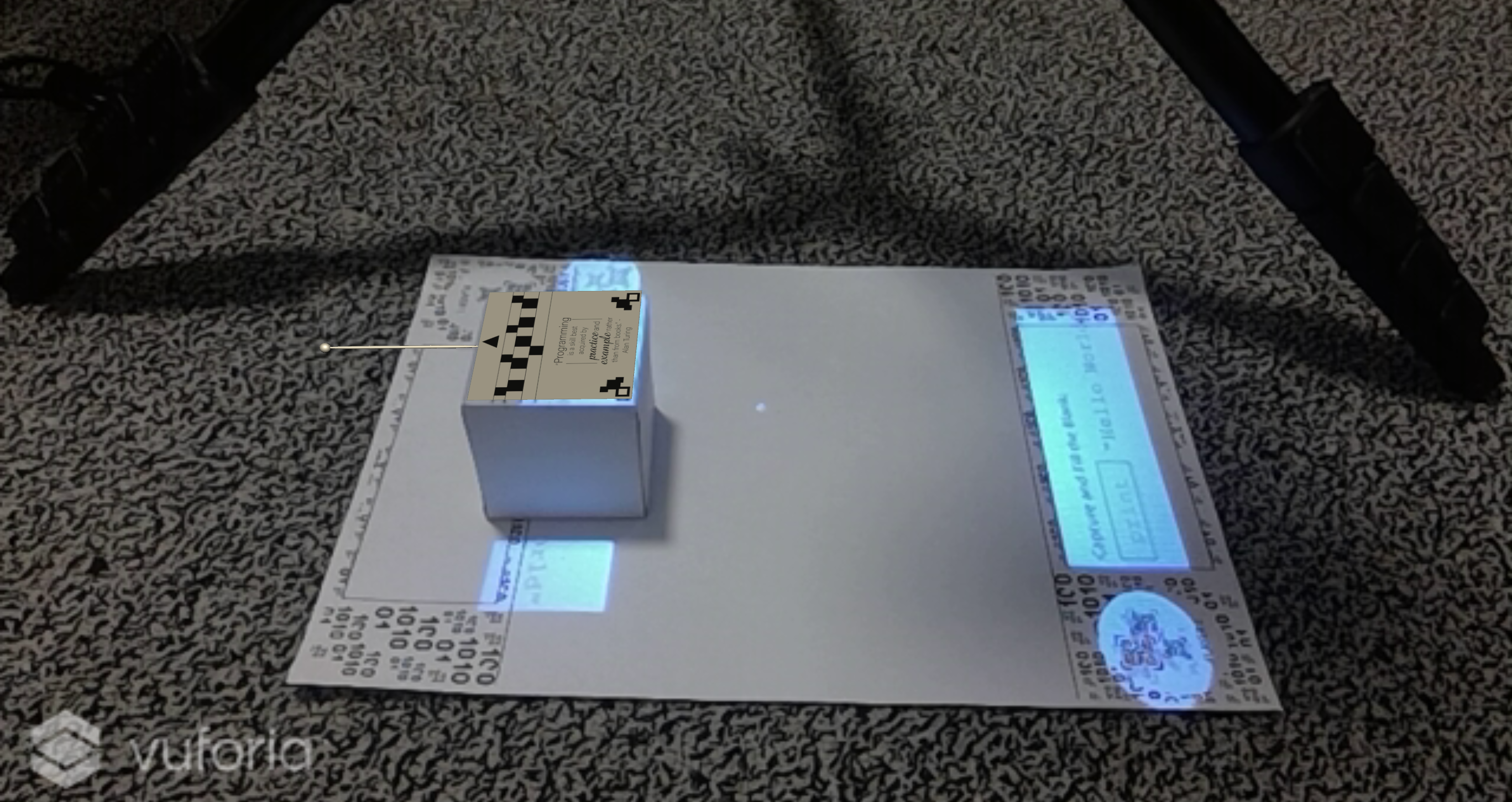 The quality of the image from the projector is okay if I turned off the light. But, the camera cannot detect the marker at all. With so many problems, I am thinking to make this project as original AR, not the projected one. Users will not use their hand to touch the screen. They need the screen for seeing the virtual images only. If someone says that VR is better than I will say no because, in VR, there is a limit to see the surrounding world. With AR, we can see the real-world and virtual world together. And in my project, users control virtual object with a physical object that can be touched by their hand.

So, what will I do with the projector? Watch the movie of course. :)