During class this week we gave had a standup as we have every week, this week had a nice spin as we focused on something positive first, "what is good about lockdown", it was a nice change of pace to see people talk about good things. I myself have felt the need for positivity since lockdown and it's nice to have another source for it.

Monday I looked through the entire Indooroopilly shopping centre and was unable to find a suitable ball for our concept so instead of wasting more time looking for a suitable ball, I decided it was time to make my own. So that's why I started working with silicone to create a semi-translucent ball for my material study. To create this ball I first used plaster to create moulds since I had a lot of leftover from my thesis. I cut up a board game box that we had no use for to create two compartments. After mixing the powder in water I covered a discarded piece of the Christmas baubles we've been using with clingwrap and pressed it into the plaster to create the mould. This ended up being more challenging than expected since the plaster dries very quickly and becomes increasingly difficult to work with when it does, this is easily seen in the image below where the bottom half of the mould is the first and the top the second on I filled, the first is much smoother. 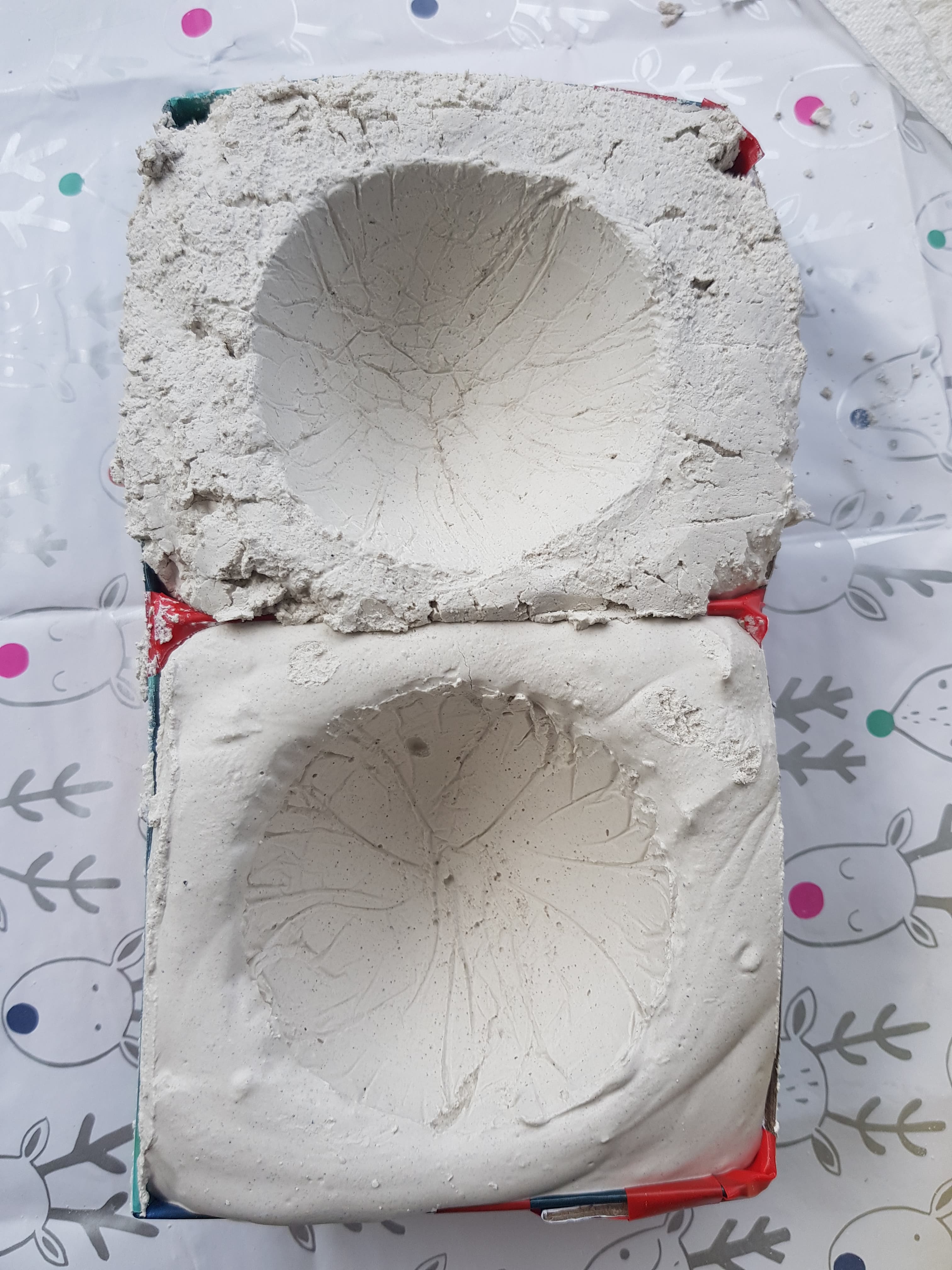 After the plaster dried I followed Lorna's tutorial on mixing silicone with Corn Flour, although mine did not look the same or become as solid while mixing I put the silicone in the moulds and hoped for the best. In one the mould, I only put a thin layer of silicone and in the other a thick layer and used a smaller Christmas bauble covered cling wrap to make it hollow so as to have space for the Arduino components inside. 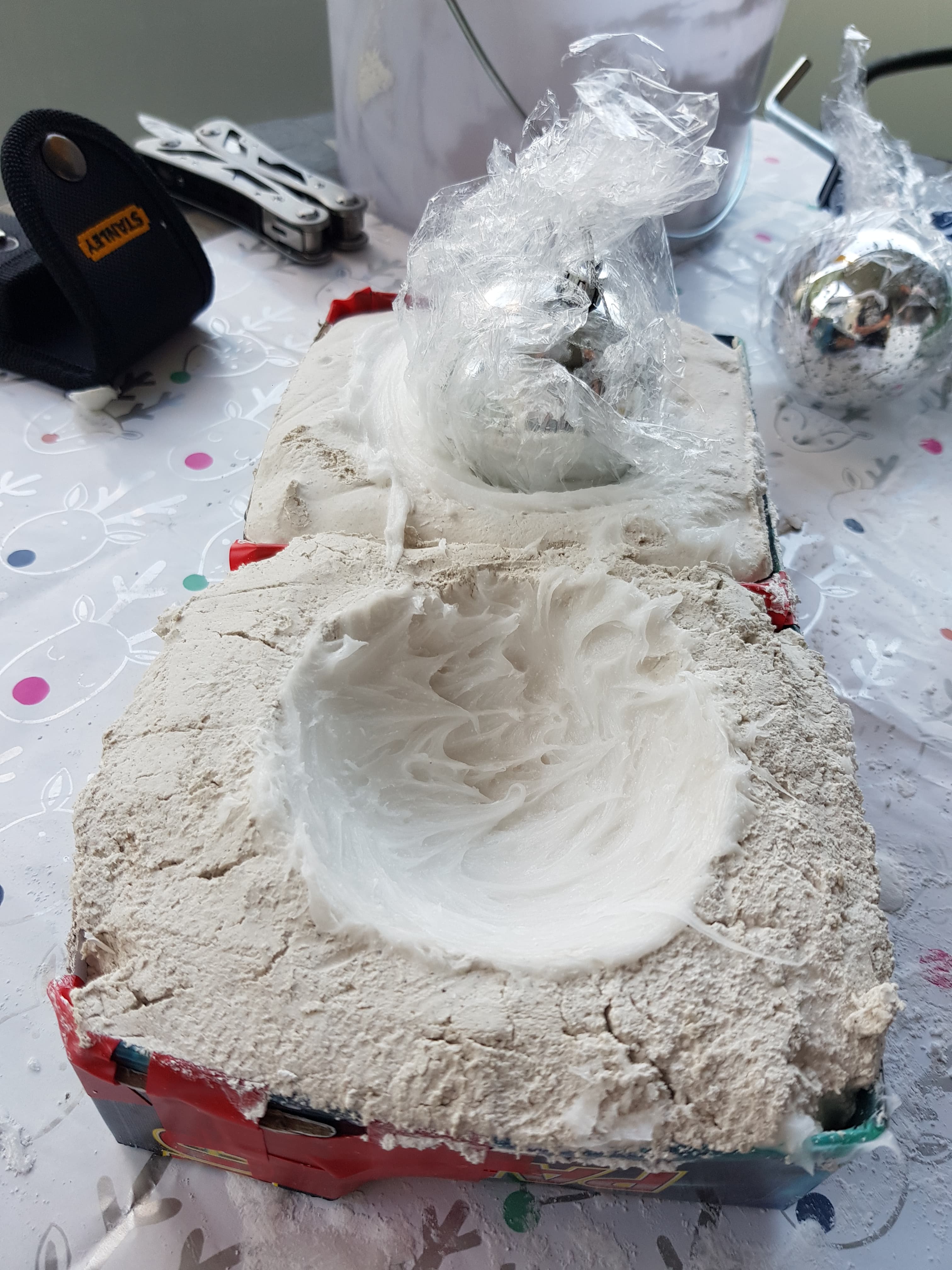 After letting it dry for a couple of hours I removed the silicone from the moulds. This went much easier than expected since I feared they would get stuck in the plaster since it did have some crevices, but silicone did what silicone loves to do and did not adhere to anything. The original idea was to have both versions serving different purposes. I planned to put the skin over the current ball and create a second half for the thick version to create an entire ball. However, on closer inspection of the finished silicone, I found that the thin skin could work great a thin skin on the outside of the created ball. This way I can put the bend sensor in between making it invisible to the user but still able to get accurate readings. That said, I still want to do some user testing to see whether they prefer the current ball with a silicone skin or the full silicone ball. I've not tried to see light can pass sufficiently through the ball because I wanted to give it overnight to make sure it was entirely dry. Today I plan to continue working on the ball, cleaning it up, creating the other half and test it with the LED strip. 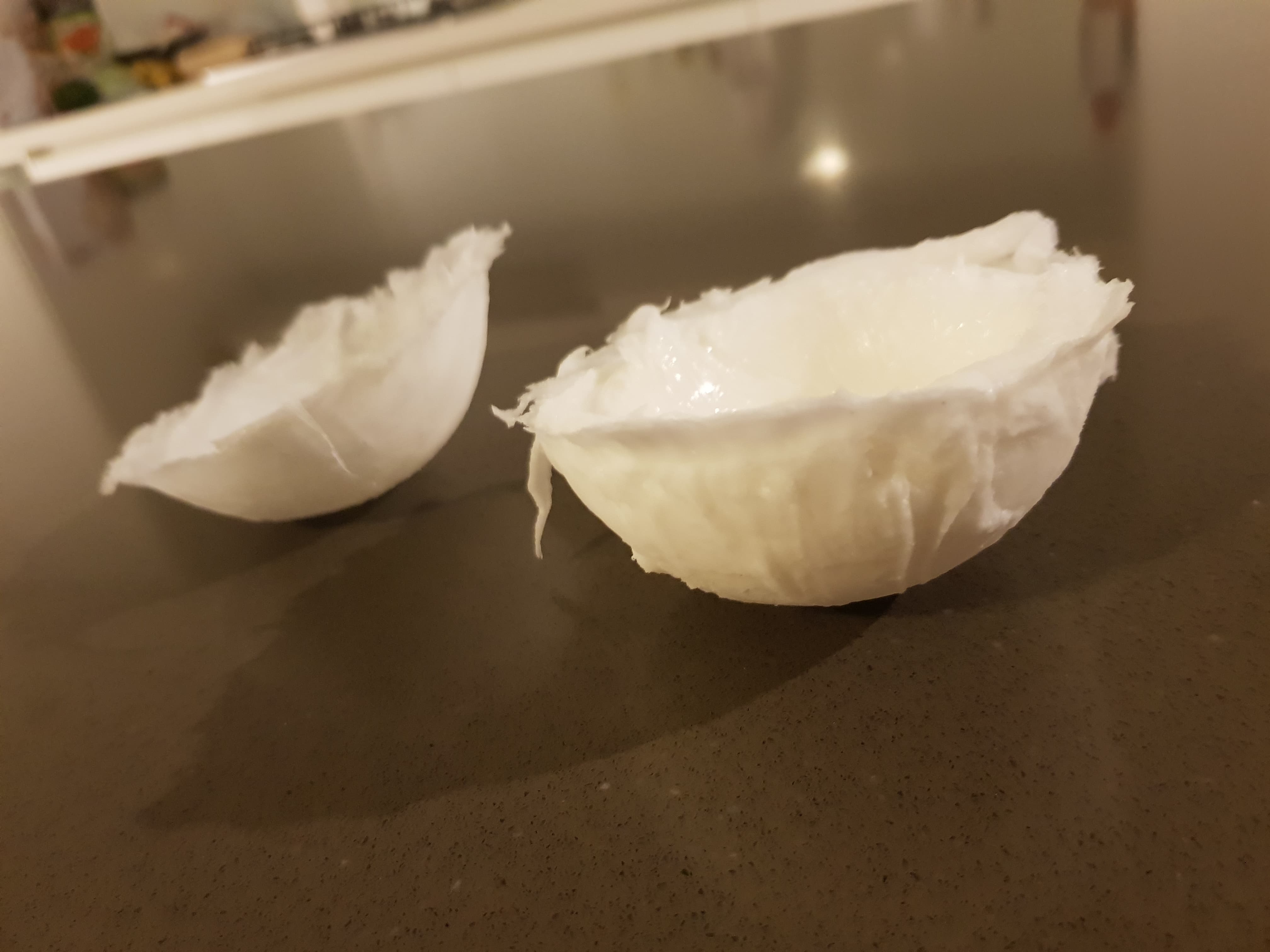 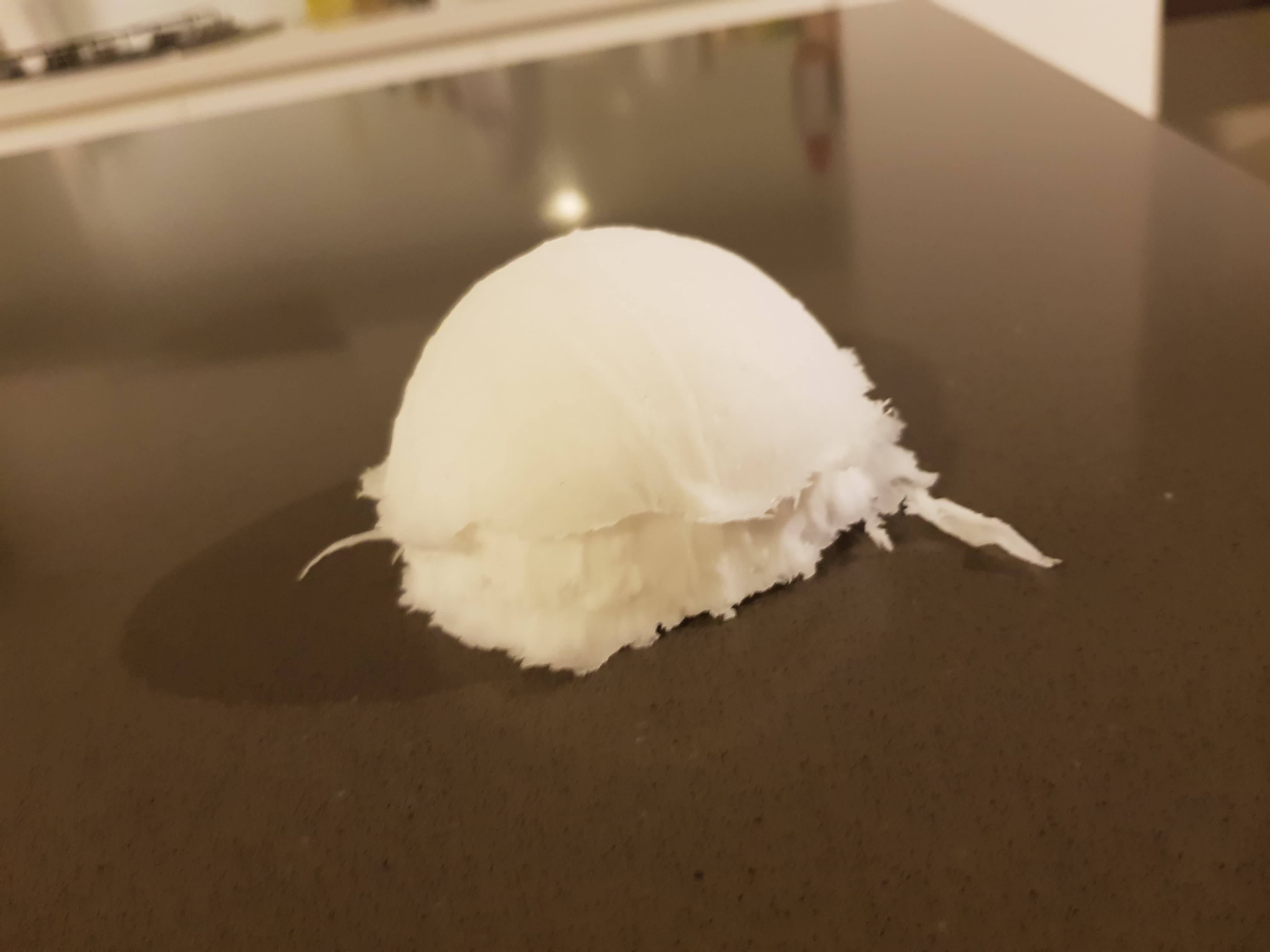