This week was aaaaaaaaaaaaaahhh weirdly weird. A lot happened and nothing happened at the same time. The week went like.....

At the start of week, I tried to work with multiple sensors and failed miserably. Since each sensor read different values, to average and display on neopixel strip did not work. The main reason for this was the senstivity of different sensors. The potentiometer was able to read values from 0 to 1023 easily but the photocell got stuck from 200 to 700. The pressure sensor worked well but the piezo sensor showed struggles. Realising this, instead of averaging values, I thought to only use one sensor at a time. This was done with while loops which enabled me to display properly. Additionally, while loops me to produce different patterns on neopixel instead of just sticking to one. A sacrifice here was that only one sensor is used at a time, which is fine since interacting with multiple sensors wasn't part of plan anyway. 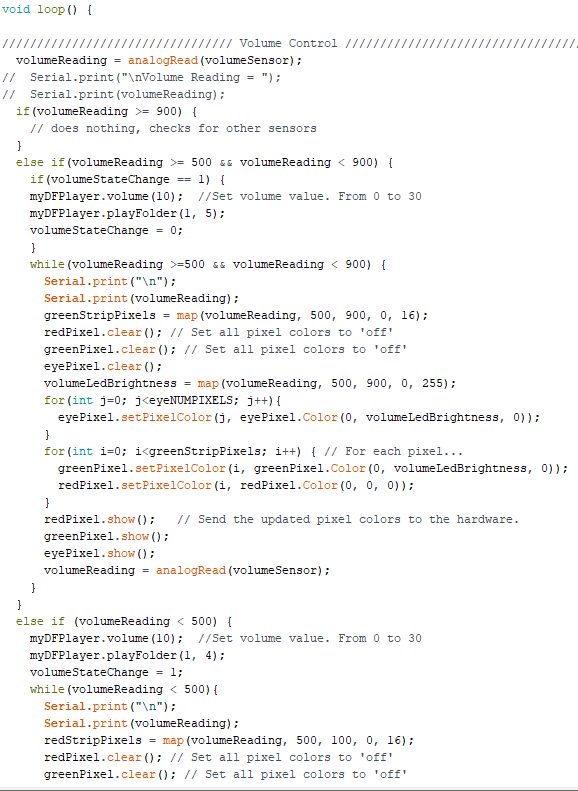 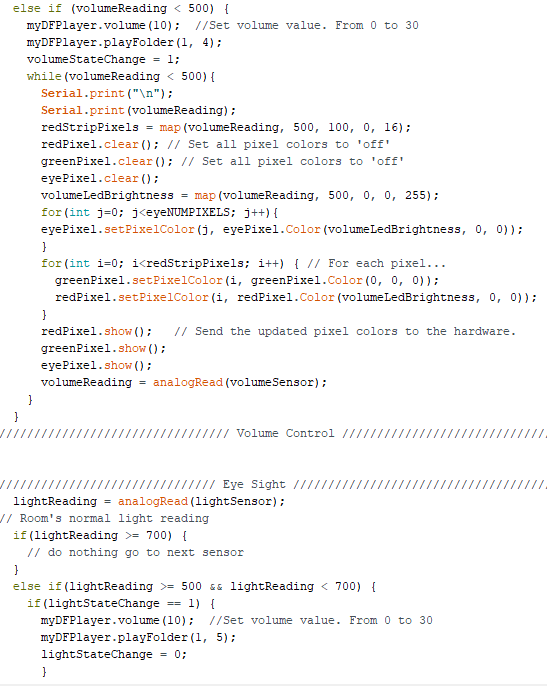 During the regular studio and workshop time, the team decided to meet and combine their individual parts to form the robot. It was quite a struggle to get everything working due to wiring being a mess and constantly unplugging. So, after learning basic code of robot speaking from team mate Ben, I used the workshop and hot glued any piece of wire I could. This ensured nothing broke mid way. We were also able to combine bits of code and produce a very simple interaction, when volume is low, the robot comments sassily and when its volume is high, it "yayyys". 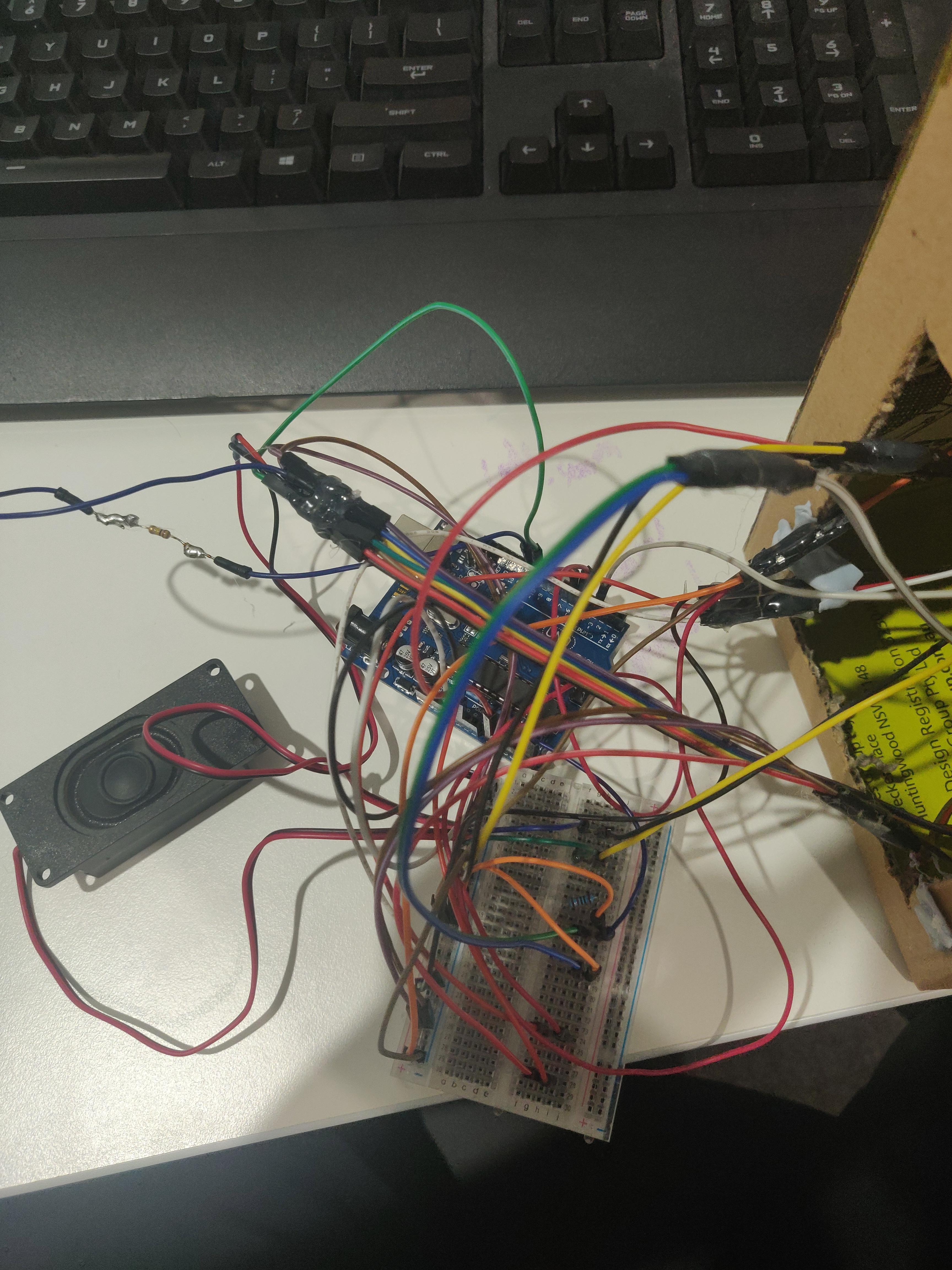 Towards the end of weekend, I plan to get every sensor working properly. They do work now but are a bit janky. Moreover, I plan to add code that keeps track anger level of robot and based on the anger level, the robot can say different things.