Today (written Tuesday) we had the reportbak with the class and then we met as a team to discuss the critical reflection. We ended up dividing different sections with word restrictions, so that it was easier to work on on the times we found suitable.

Furthermore, we realised it was a good idea to test if the full concept worked. First, we had issues with connecting to the server, and then we ended up having issues with different sensor sensitivities, so the code was difficult to execute for everyone. In addition, we had some different values and pins, which caused us to have to change a lot in the code each time we were pulling. Sigurd did not realise that I worked with this yesterday so he ended up, together with Thomas, to trying the same things as I did yesterday, and then spending some time to fix this. I had some problems with both my computer being super slow, and my internet connection not being very good (on mobile data now), so it was difficult to communicate properly. 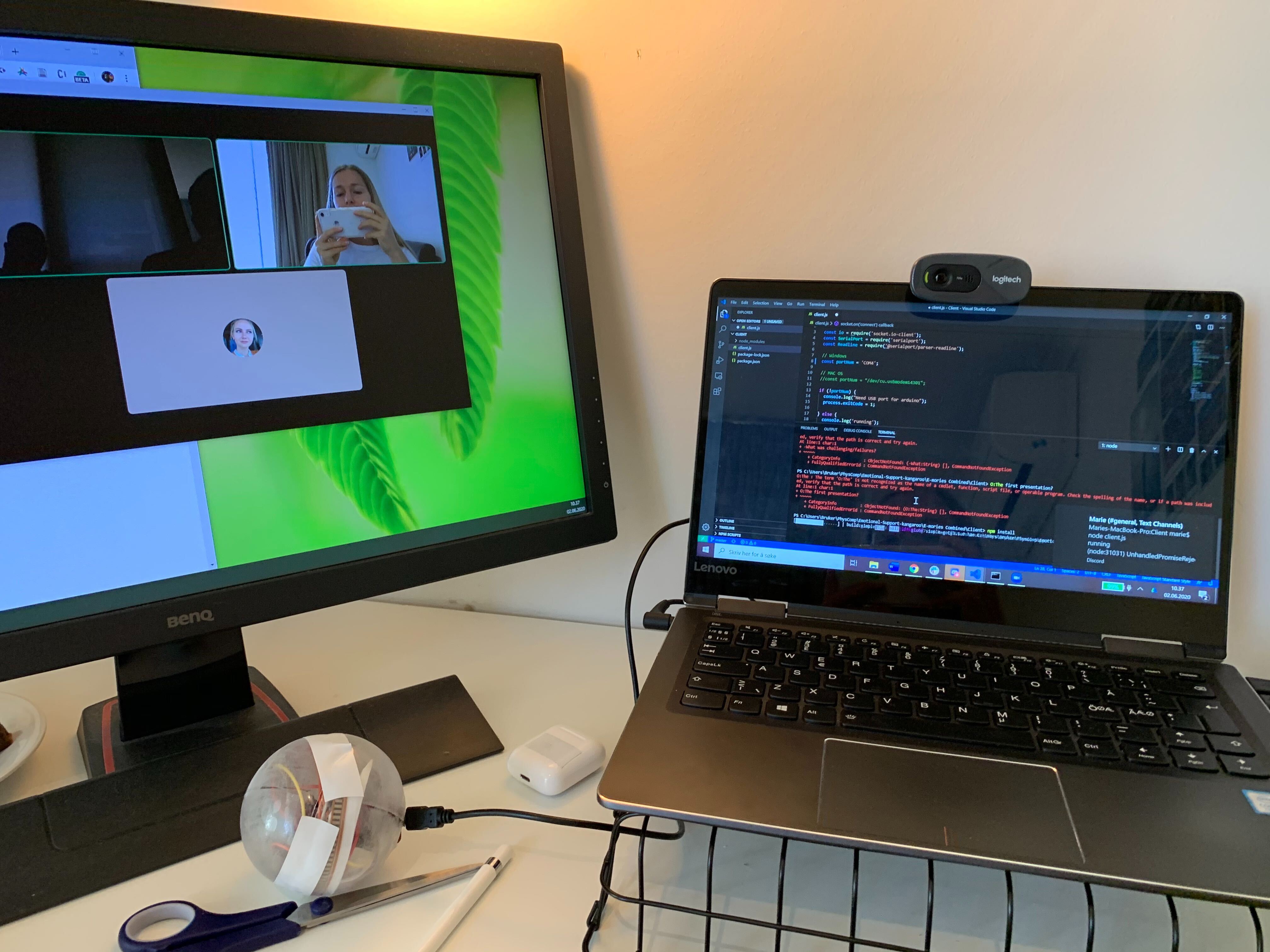 Unfortunately, we ended up spending a lot of time trying to merge everything together. It was a tiring process, and we weren't able to finish this today.

Image of me from yesterday, playing around with the sensor values. 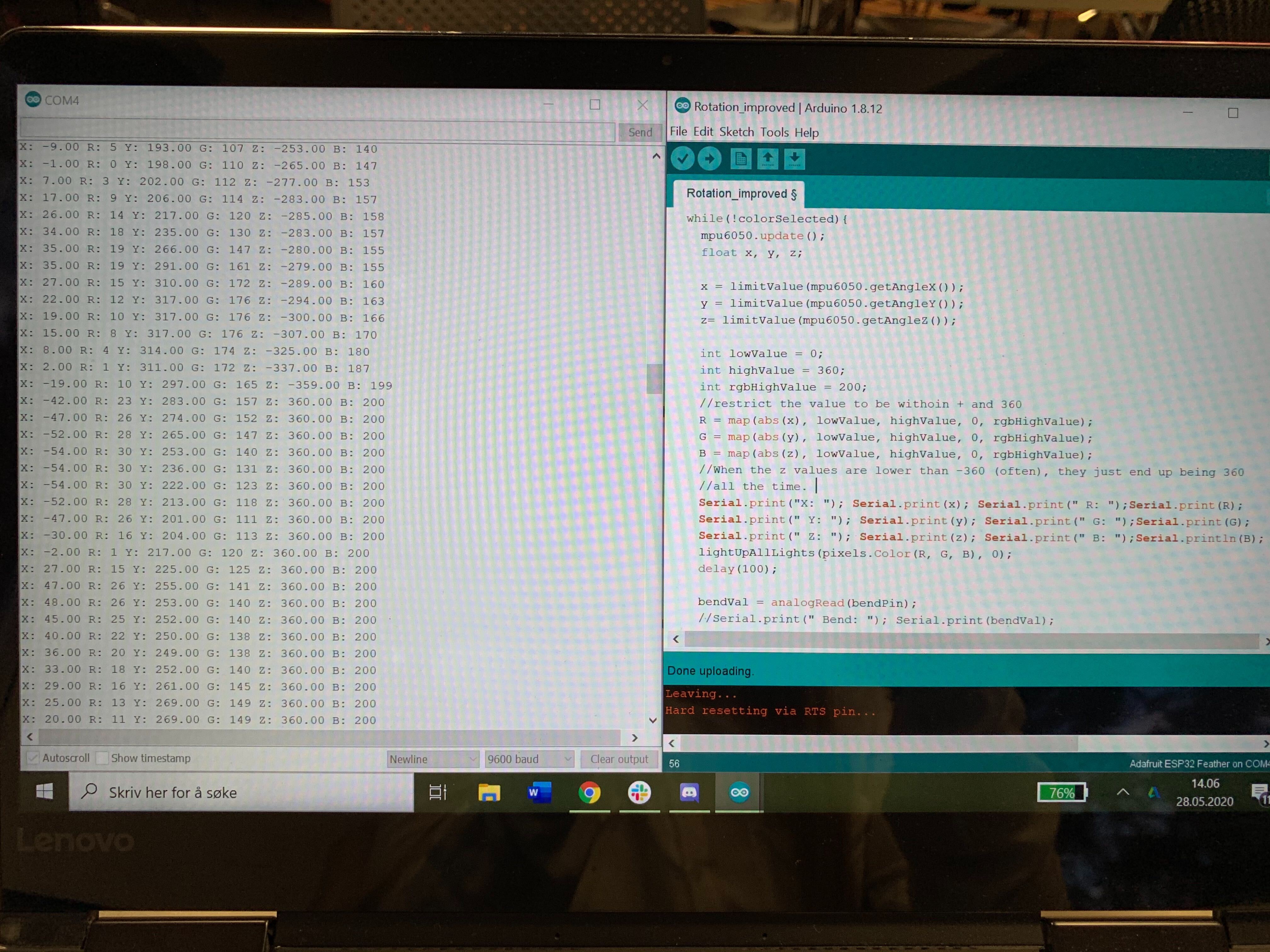