This week everyone presented their ideas to the class in a pitch-and-poster format. The audience was required to critique the different works based on the relevance of the concept, and how well it was illustrated and explained. It was an incredibly tedious effort sitting for quite a few hours, but it forced me to pay attention to each and every single concept, and try and understand it to the fullest, rather than if I had sat idly and zoned out. I had written a pitch to aide my poster, however my nerves had gotten to me and I struggled to properly explain my concept. I still believe my poster mostly did it justice.

The feedback received on the concept was mostly positive, with a few suggestions here and there on how to make it slightly more interactive. Some of the key features people took a liking to were its portability, its assistance in describing ones emotions to others (therapist or friend), and how it was not incorporated into a fact.

Anyhow, the second part of the process was to identify common themes among the various concepts. There were many that immediately came to mind, such as "shadows", "music", "emotion", but a friend and I tried exploring into other areas, totalling about 10 different themes between the two of us. 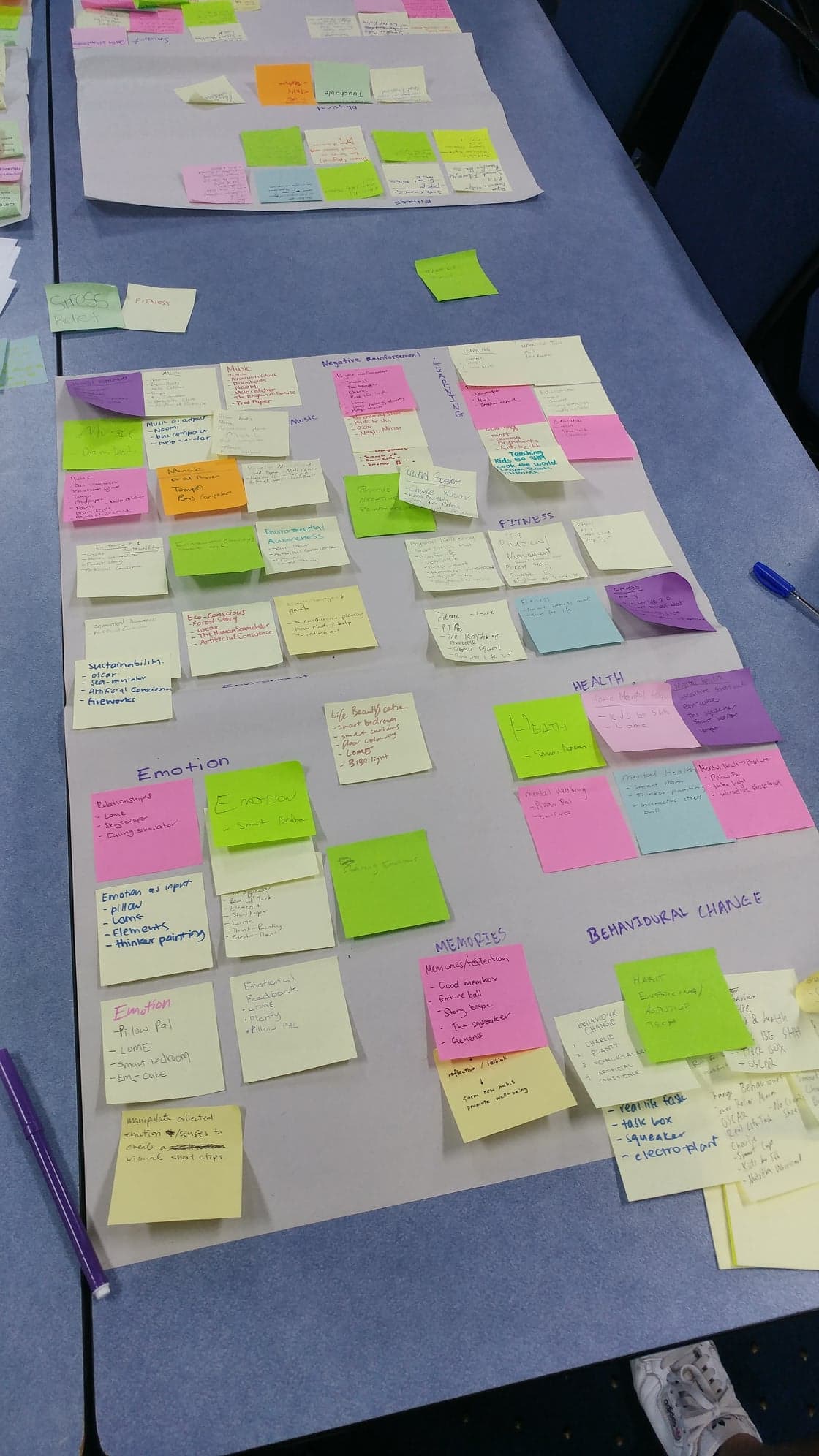 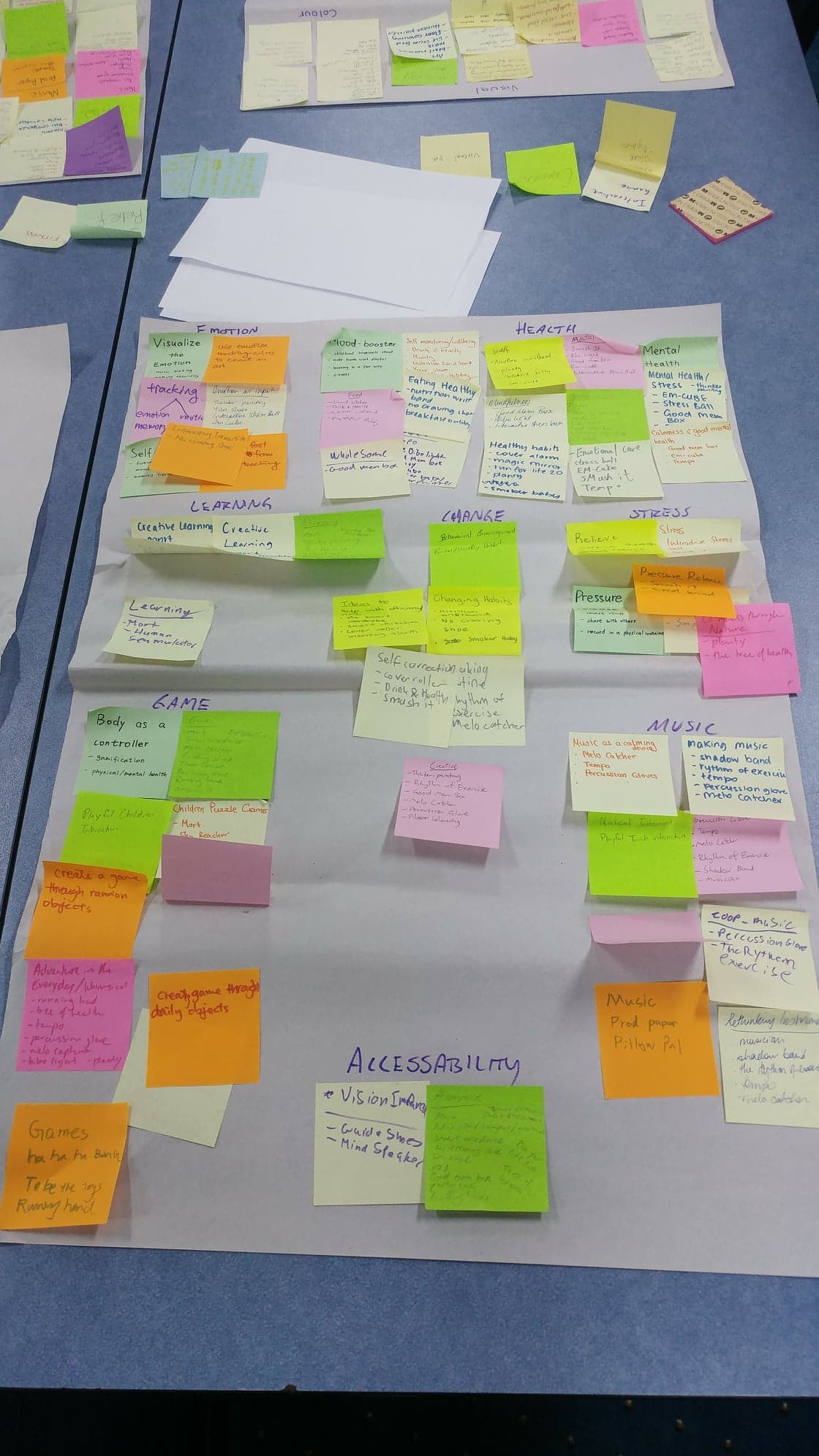 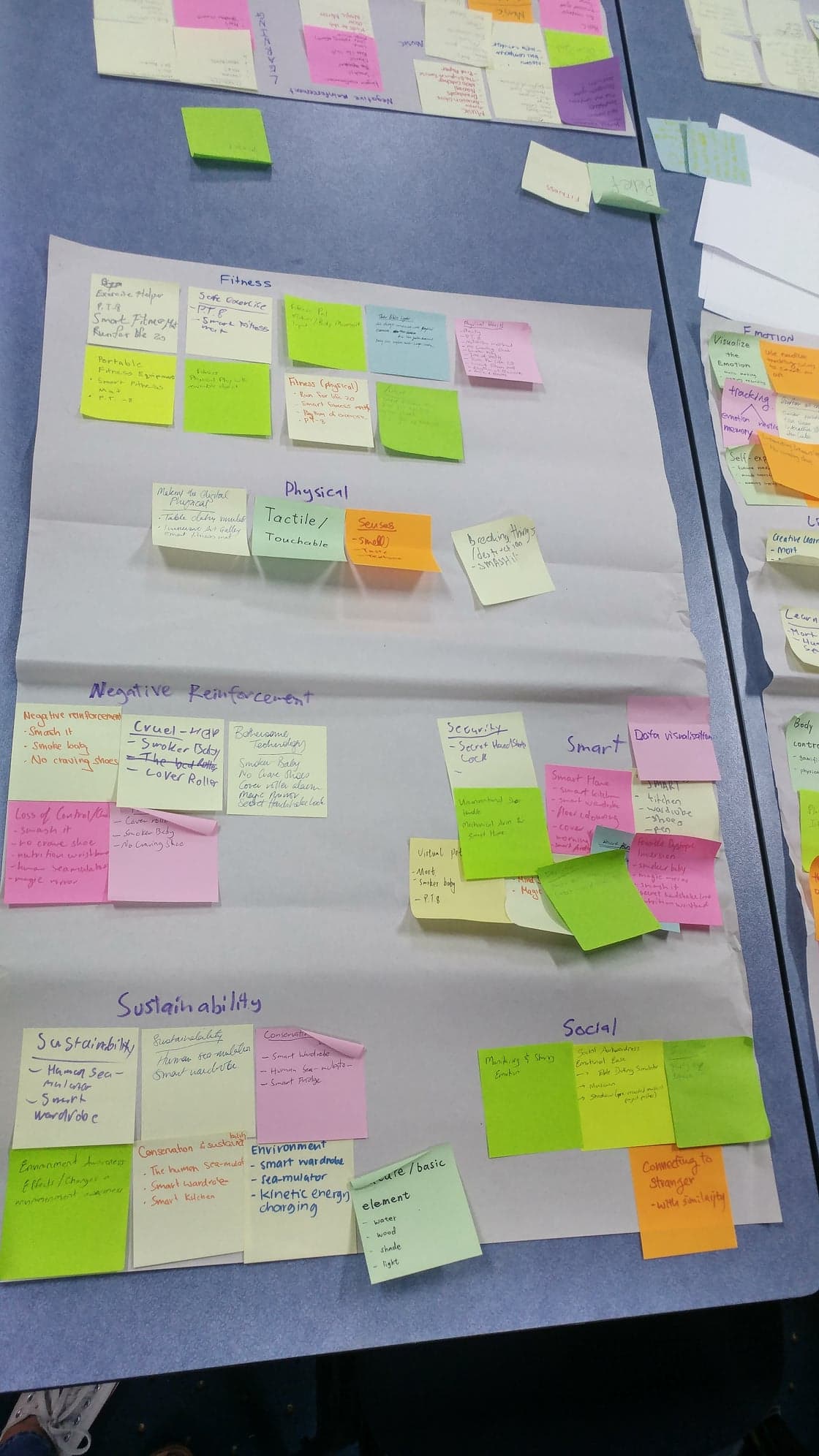 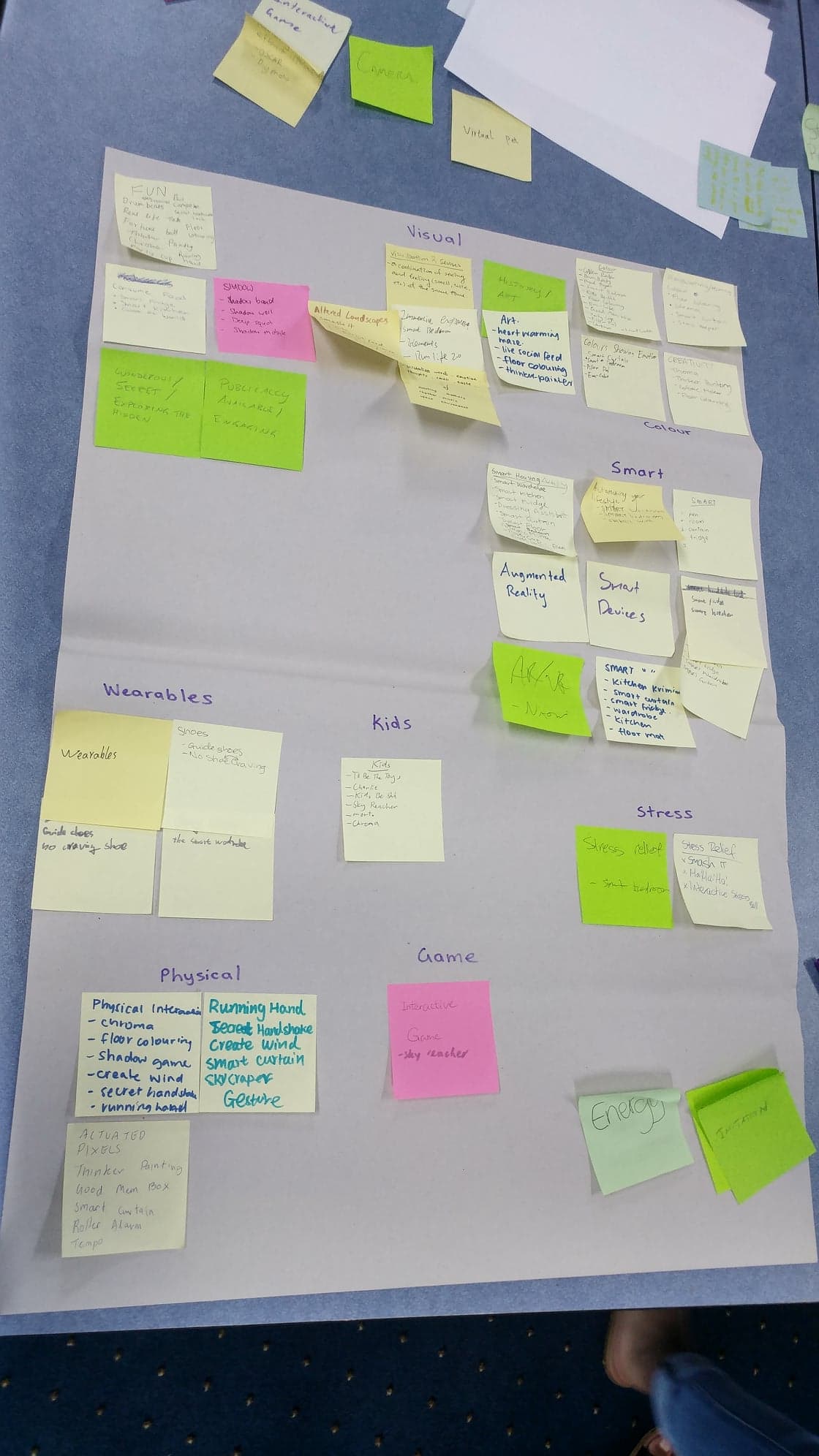 Most people had the same ideas with others, and some ideas weren't so easy to sort into a single category. Themes like health, game, music, emotion, fitness, smart, sustainability, and behavioural change were the most common themes. Themes such as life beautification and memories were more unique categories that only a few individuals had identified.

These themes were explored further and broken down into more specific themes, outlined below. 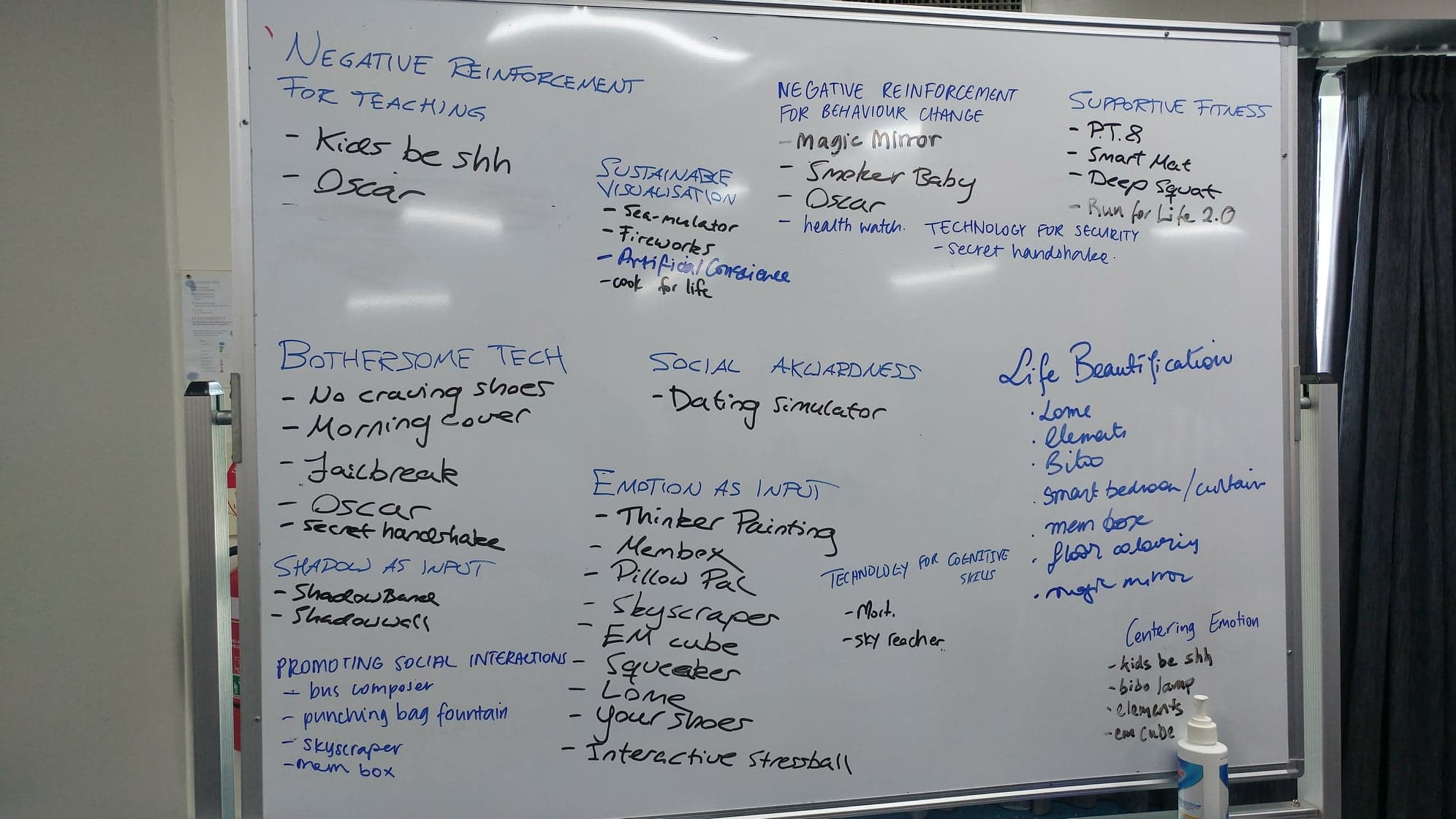 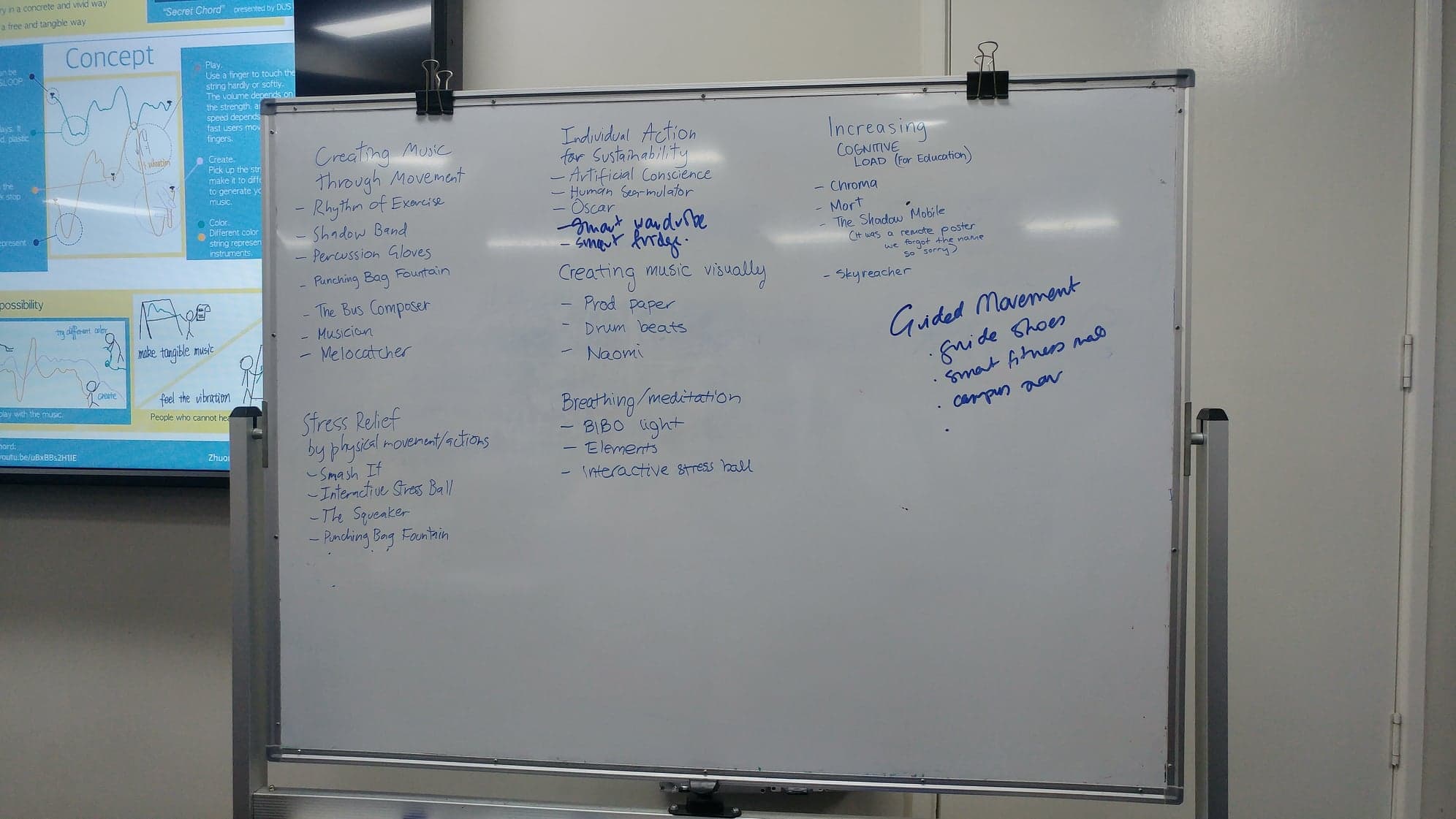 Some of these included themes like creating music through movement, individual action for sustainability, negative reinforcement for behaviour change, and emotion as input. This is beneficial for next week's World Café activity.

Great work on documentation so far, you reflection could still use more detail.