This week, two activities were done. Firstly, all posters were presented in the class. There were a lot of interesting and impressive ideas, and one idea gave me new insights into this assignment and my idea. The ‘Your shoes’, which is a pair of shoes with sensors and LED implemented. It detects a user’s emotion based on the his/her pace. Then, it would play the music that is most suitable for the user’s current mood. It impressed me because this idea makes everyday things and activities intelligent with lots of fun, which links back to the project background ‘everyday things’. Actually, it takes time for people to learn something they’ve never used before, and it really depends on lots of things like age, culture, and habit. However, if a product is created based on people’s everyday things, then it is more easier for people to get used to it, and the acceptability of it might be higher than other products. Such as Smart phones, Intelligent watch, AI ring and glasses. They get into our daily life and change our behaviors without noticing us. We may never even know they are changing our life but they make lots of things easier, more convenient, and smarter than before. That is the most interesting and powerful part of HCI and Internet of Things.

So, how it could affect my idea? I think there are two parts. Firstly, my idea is a small machine with five emotion bars, and people can place any items on the bar that represents their current emotion, and users’ photos on the phone would be played again to retrieve their memories. Is it possible to integrate it into people’s life rather than using the ‘small machine’? like an App on IPad, Smart Cup, or Smart Shirt, something common in our life so that users would be easier to get fun with it and they are more easier to learn and accept it.

On the other hand, emotion adjusting is a common feature in both ideas. She links it to music, and I combine it with photos. However, she makes standing, walking, and even running much more funny and playable, but it is not that much playable and reasonable in my case.

So, the problem is how to make it more playable and reasonable. It is better to links it back to people’s daily life.

On the other hand, the soldering induction session was completed this Tuesday. The basic information about connecting a LED device on a circuit board, components of the welding, and soldering were introduced to us, and we had a chance to build up a tiny LED device. It was quite interesting, and I have learned a number of things. For example, the connection of components should be clear and clean so that each component would not affect each other. Also, it might involve multiple teammates working on it together, so we need to make sure what we done would not confuse other teammates. In addition, failure could occur because of a subtle mistake, so checking the connection of each part frequently is necessary. 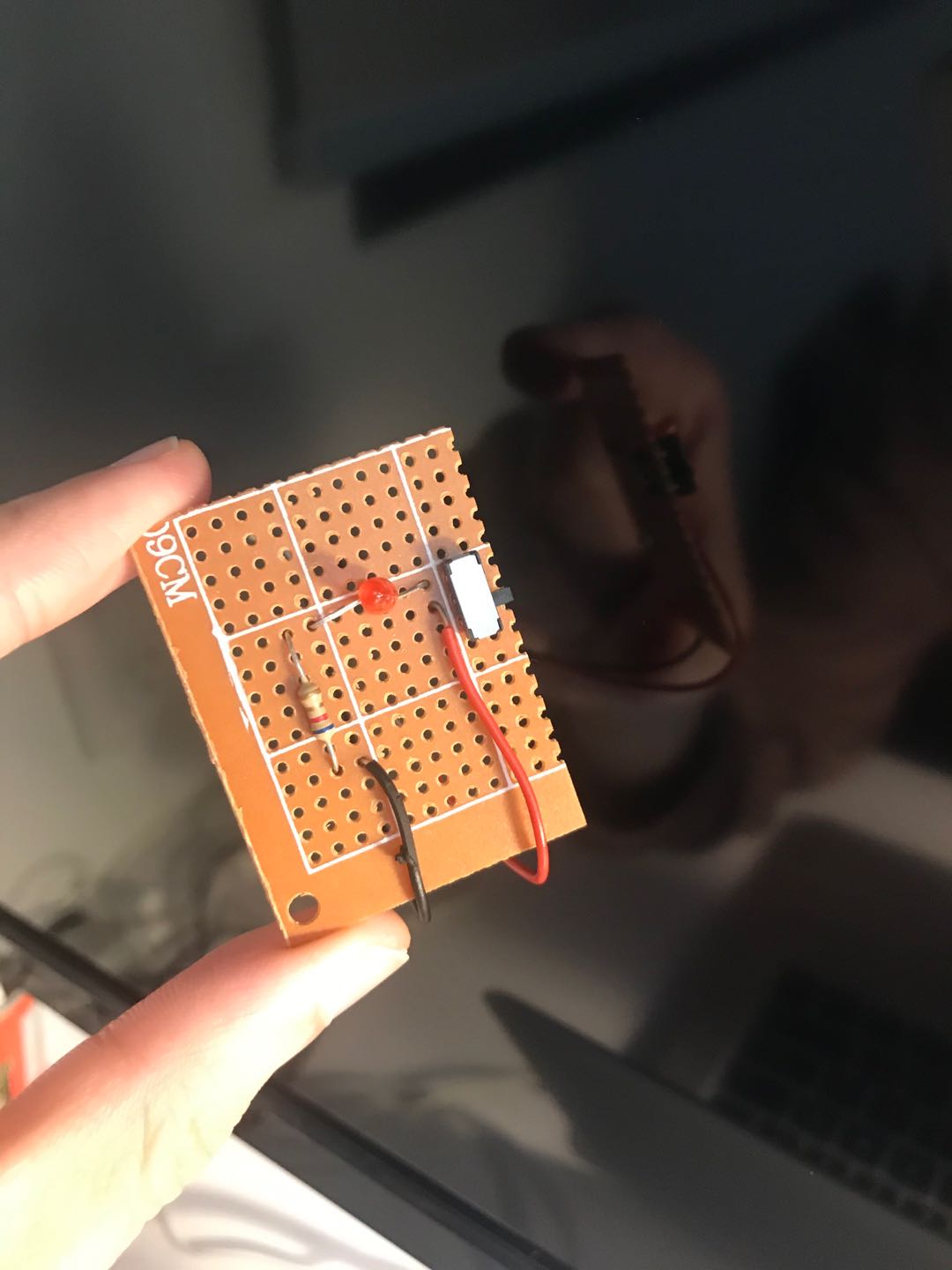