Week 2 started off with soldering inductions. We started with breadboards and figured out the wiring of a simple light circuit, which uses a single resistor, LED, battery and switch. 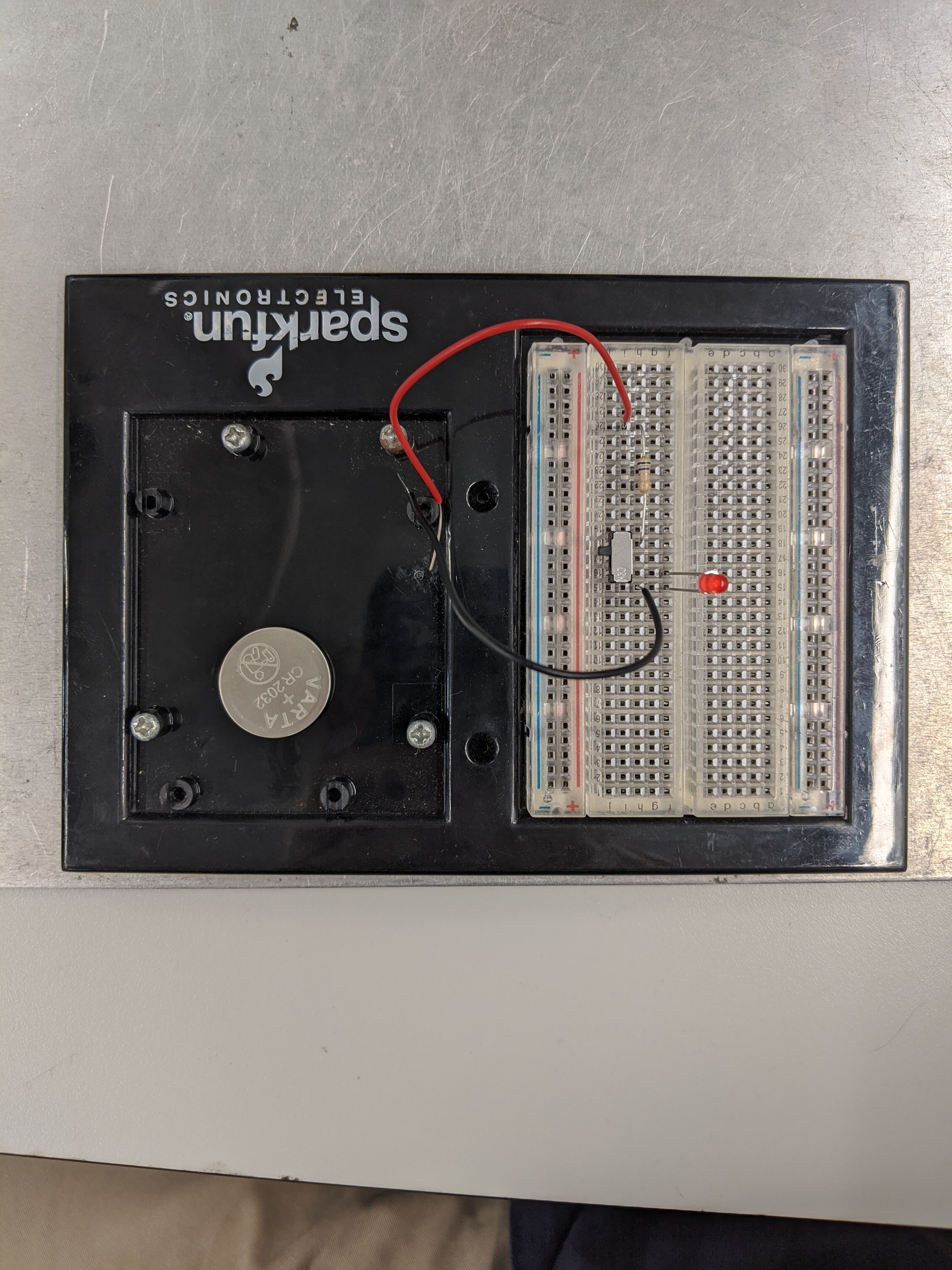 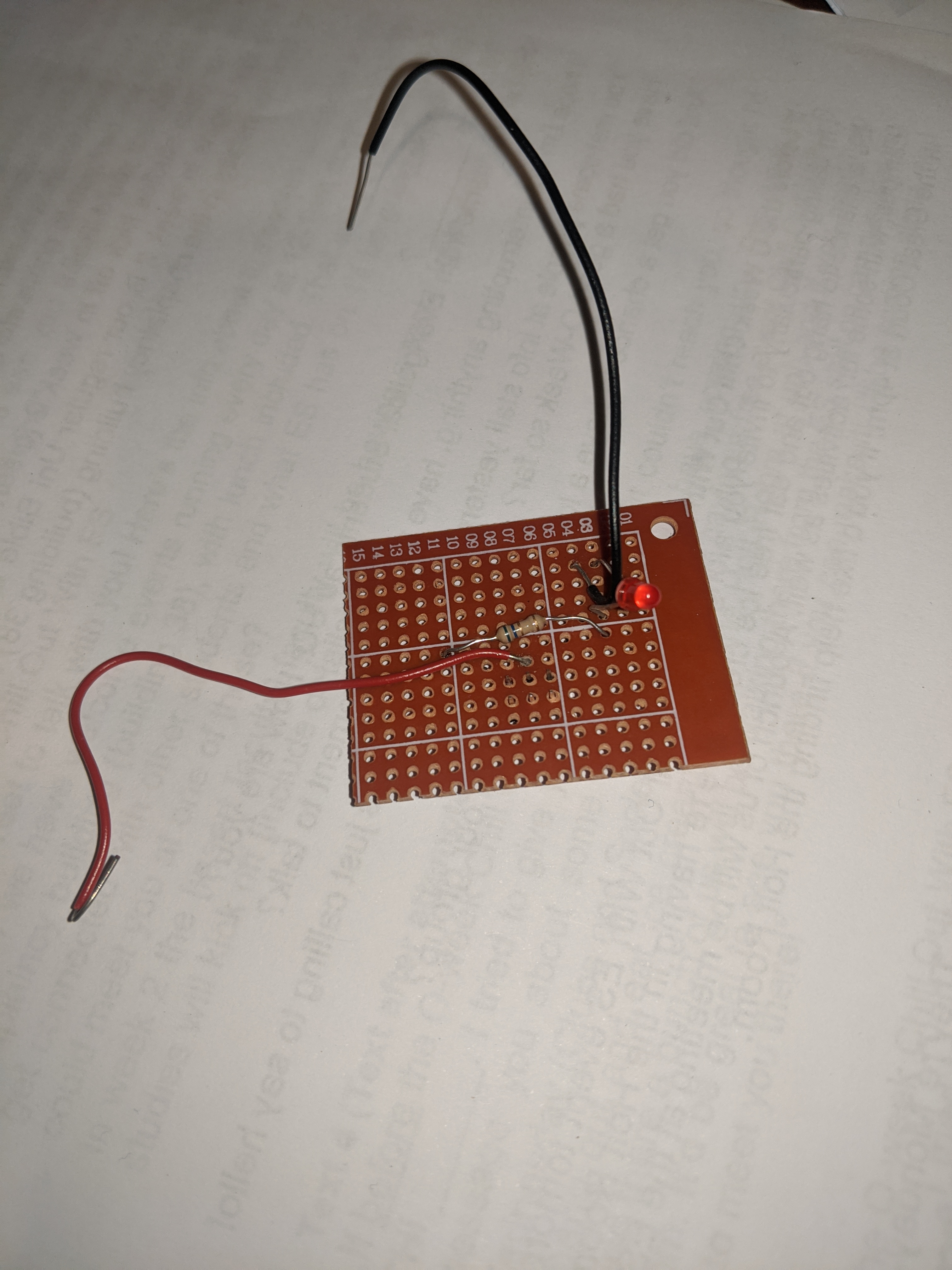 I found it a bit challenging as the solder wand I was using was dirty and made it hard to heat up the lead. I still need to resolder some terminals and put the battery on, and then fit it into the 3d acrylic case. It was a good experience to use it for the first time.

We had our project inspirations this week. The aim of the task is to clearly present a novel idea of physical computing that is playful and interactive. Everyone presented their ideas over the two days and it was a real good experience hearing the variety and imaginative things people could come up with.

I went with the idea of Breakfast Bubby, a breakfast buddy that seeks to overcome the issue of people skipping breakfast by reminding them to pour their cereal through a touch lighting array.

Reflecting on my presentation, I failed to reach the two minute timer, and gave the bare minimum information - which serves as a good reminder next time to take up notes on what I'm going to say. I also made it difficult to convey the idea through the poster as it was hand drawn.

Looking at feedback from others, I appreciate that some thought the idea was interesting, but fails to show how it can help people eat breakfast. A few of the problems include what if they don't eat cereal (the design focused on encasing a cereal box). Then even if they did eat cereal, how could fancy lighting promote healthy eating habits.

The Breakfast Bubby would in an ideal scenario be awoken by a single touch, letting it know that its brekkie time. It would then turn rainbow. Upon pouring in cereal to a bowl, it would slowly transition from red to green as it deemed was enough cereal being poured into the bowl. This would use an accelerometer to determine angles, movement and weights of how much cereal was poured. Once it was green, you would place it back down and it would turn off.

Generally without some sort of rewarding system or distractive mechanism to encourage you to pour it in, the tech doesn't really have a lot of appeal. Perhaps if it blared an alarm until you poured your cereal, like a get out of bed / eat your breakfast alarm, a two in one technology to wake up and eat up, the user would find the tech useful.

Some of the feedback suggested that it could make the breakfast for us, as opposed to just telling us to eat. Making use of the bubbles could be interesting - apparently everyone likes bubbles!

Making people excited to eat food is tricky, incorporating a game element was suggested. Getting people to stop eating could also be a problem.

Another student suggested to add more interactive elements to the idea, such as somehow displaying the health of the cereal or the time. This could be interesting as it takes the focus off generally eating but more on what you are eating.

Using visual shapes on the digital array could be helpful (ie smiling or frowning).

The bubbly array was suggested to be in a bowl or plate shape instead of a box, so that you could overcome the problem of a specific foodtype.

After all the ideas were presented, we put them together into themes. 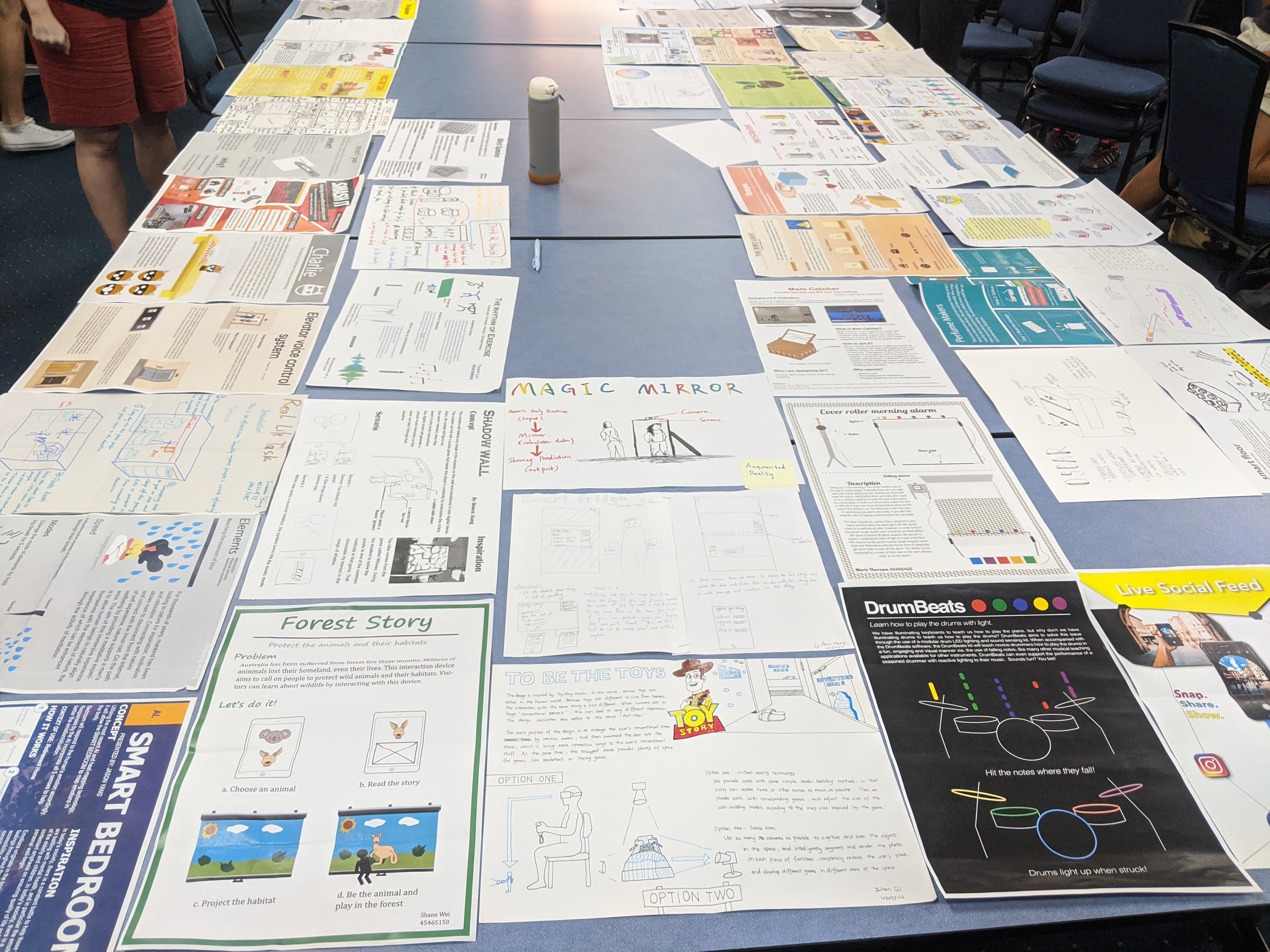 I still need to come up with ideas for other uses of the bubbly technology / reiterate idea.

I enjoyed hearing about tech that put a funky twist on things. This might include the running hand, a simple game where you use two fingers to just run around anywhere, but turning that into an actual AR game sounds awesome - using the body as a controller.

I also liked the theme bothersome tech - which could be somehow incorporated into my idea with sound.