This week, all students had to present their ideas in the studio session. Moreover, I attended Soldering 101 session. My experience with both activities are summarised below

The contacts consisted of myriads of 2 minute presentations. Fair effort was put in by everyone during the task and many clear themes could be seen during the presentations. The most common theme that I noticed was: expressing emotions through various stimuli (mainly music and colours). Another apparent theme was the manipulation of behaviour via discomfort or imbalance of ordinary. At the end of Wednessday contact, the students came up with several themes which are shown below : 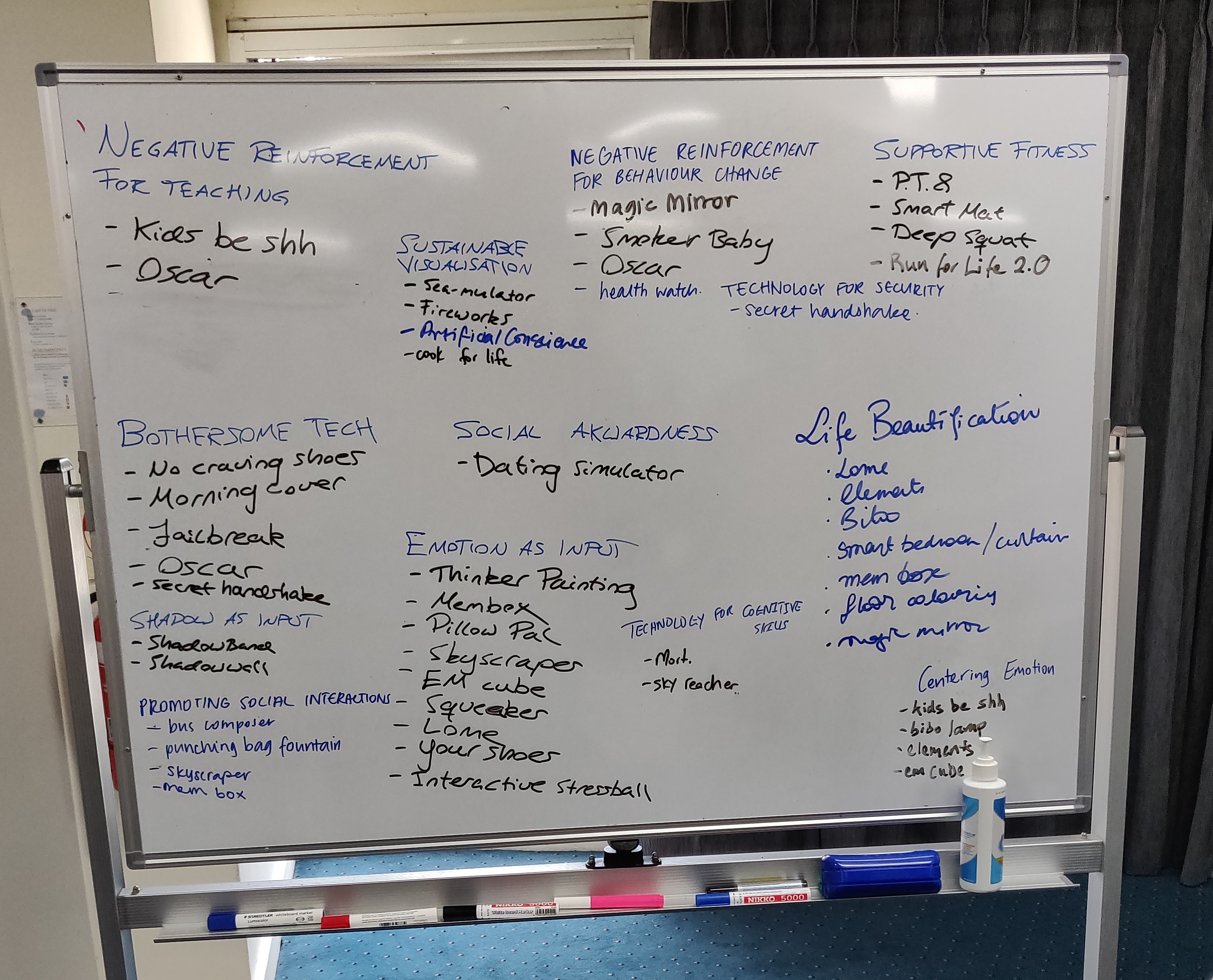 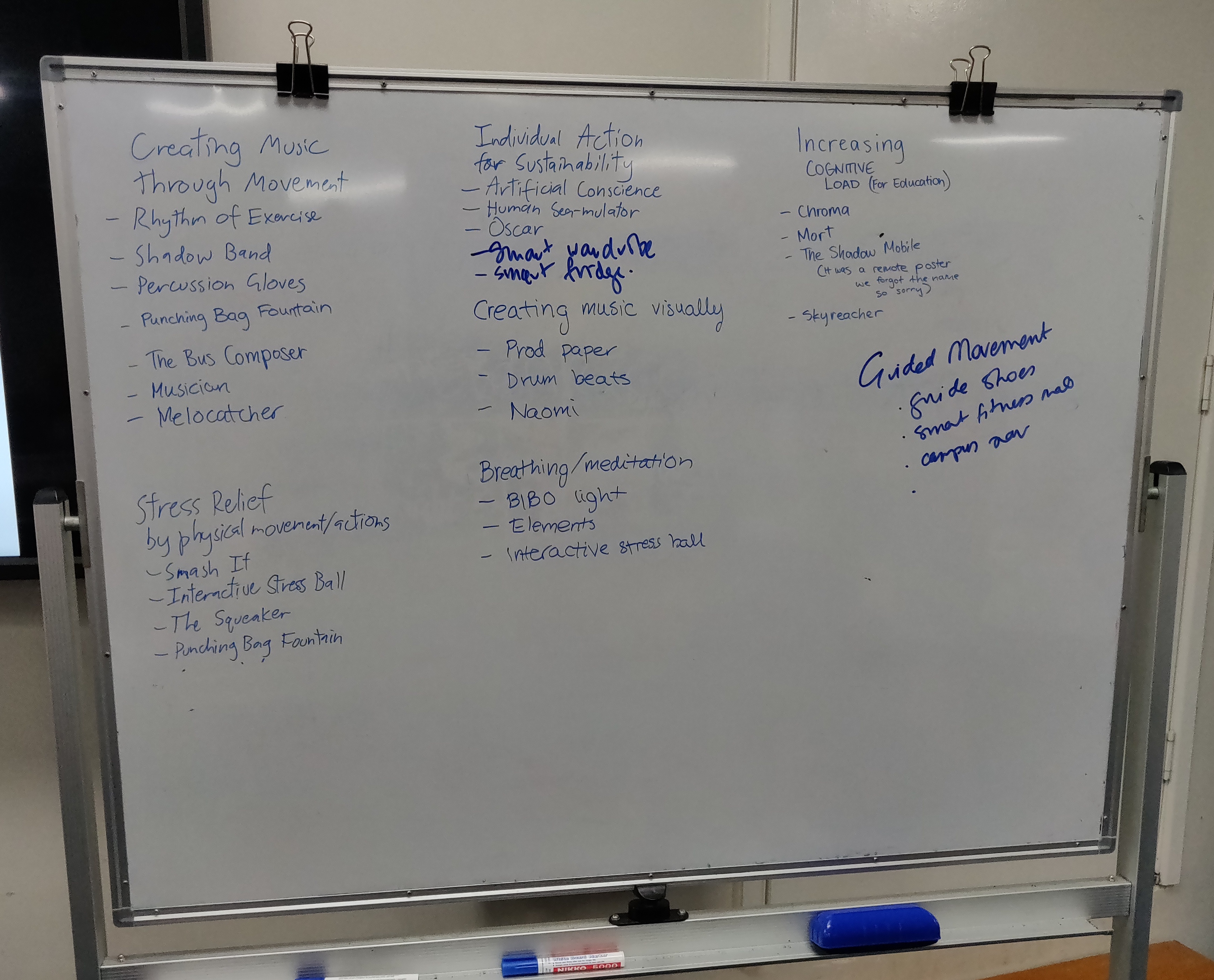 The themes I would like to take part in would be -

This week, I attended the Soldering 101 session, wherein I got to create an a basic circuit. Not gonna lie, at first I started soldering on the plastic side, not knowing the difference. Thankfully, my neighbour realised it just as I started and before it was sad enough to redo the soldering. Then, I was able to produce the circuit as shown below. The only part remaining was soldering the battery but except for that, circuit works so a self pat on the back ;) 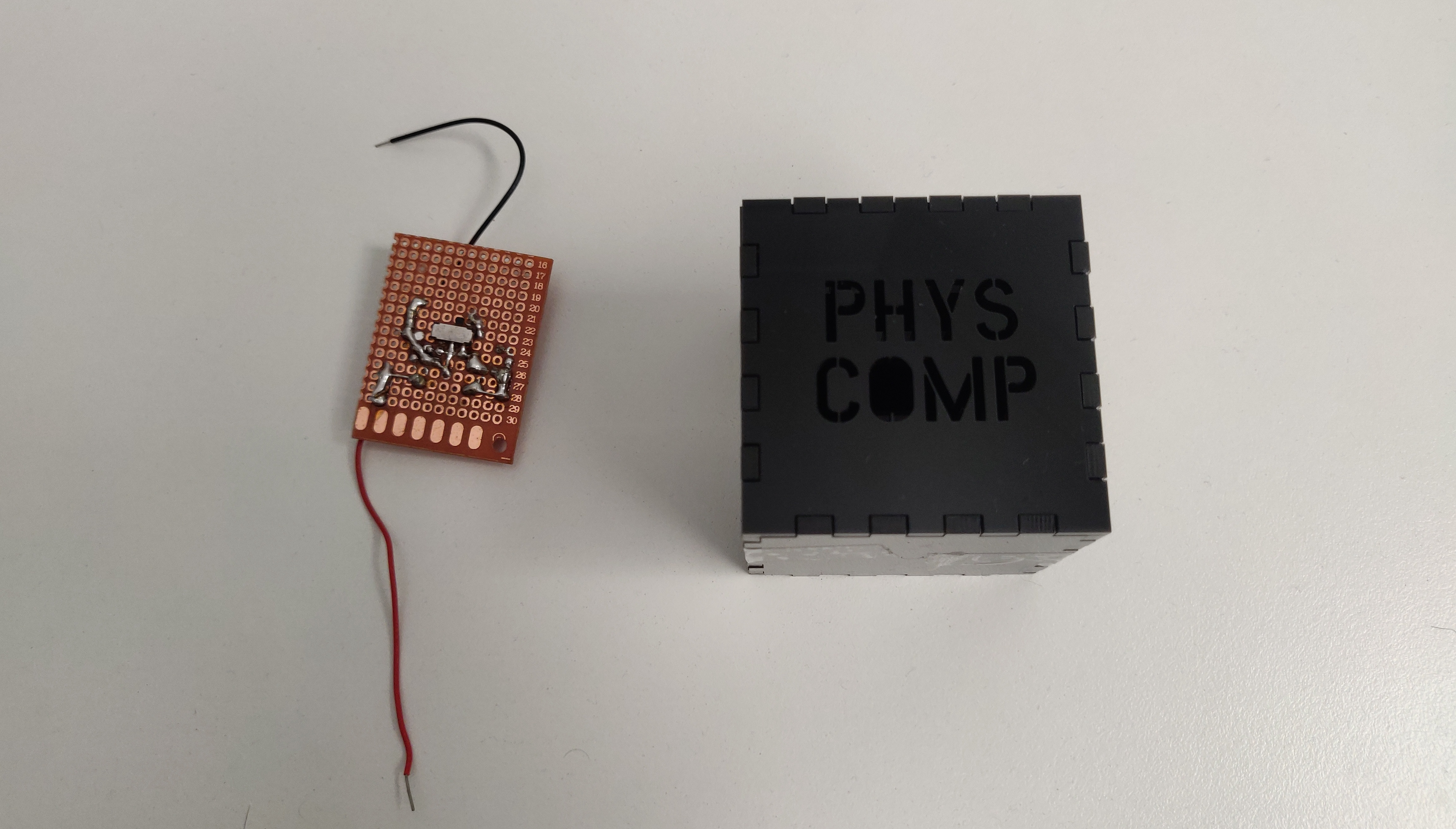 Moving forward in your journals, don't forget to reflect on your work in the course. You've provided good information here about what you did but not so much as yet about what it means for you in the course (and as a future practitioner).

The detail you include here will benefit your future work.