This week we had our inspiration presentations. It was super interesting how everyone interpreted the overall theme to create such a variety of physical interactions from physical products to art installations. I was pretty happy with my final idea and presentation and think it could be a pretty cool idea. After my presentation, Lorna gave me some feedback about how I could improve my concept even further. These included:

We also received feedback from other students in the class. I received a lot of feedback about how useful this idea is as well as one person suggesting it wasn't novel and another encouraging a more physical interaction to be included. In the coming week I want to keep thinking about my concept and how I can try to maximise the interaction between the user and the plant so that it is something that can be fully interacted with daily.

After the presentations we had theming sessions to help us group the ideas. There were definitely some themes emerging from the first session that carried onto the next session. Some things I noticed was daily sustainability, negative reinforcement for behaviour change, bothersome technology, emotion as input, and using shadows. 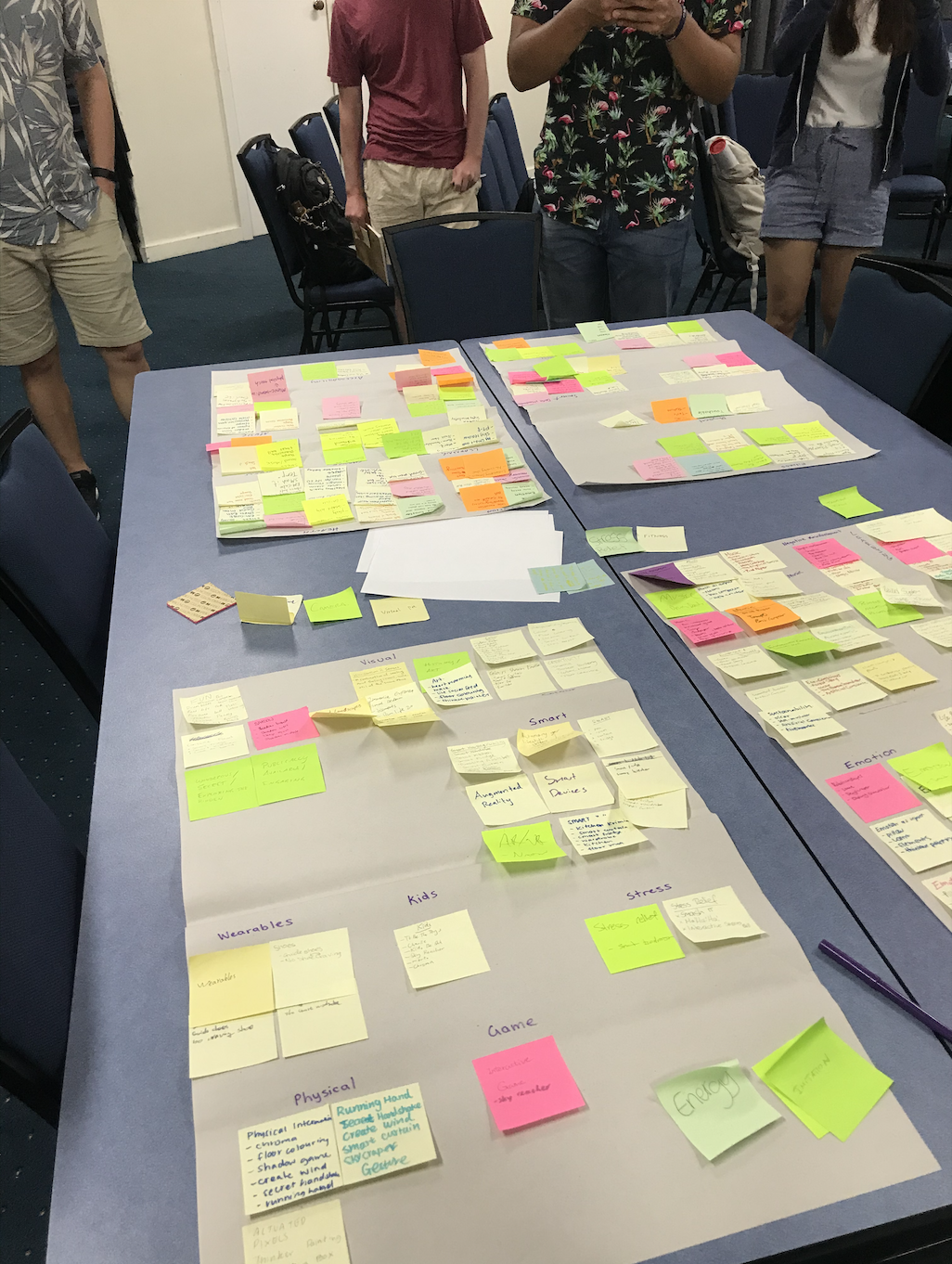 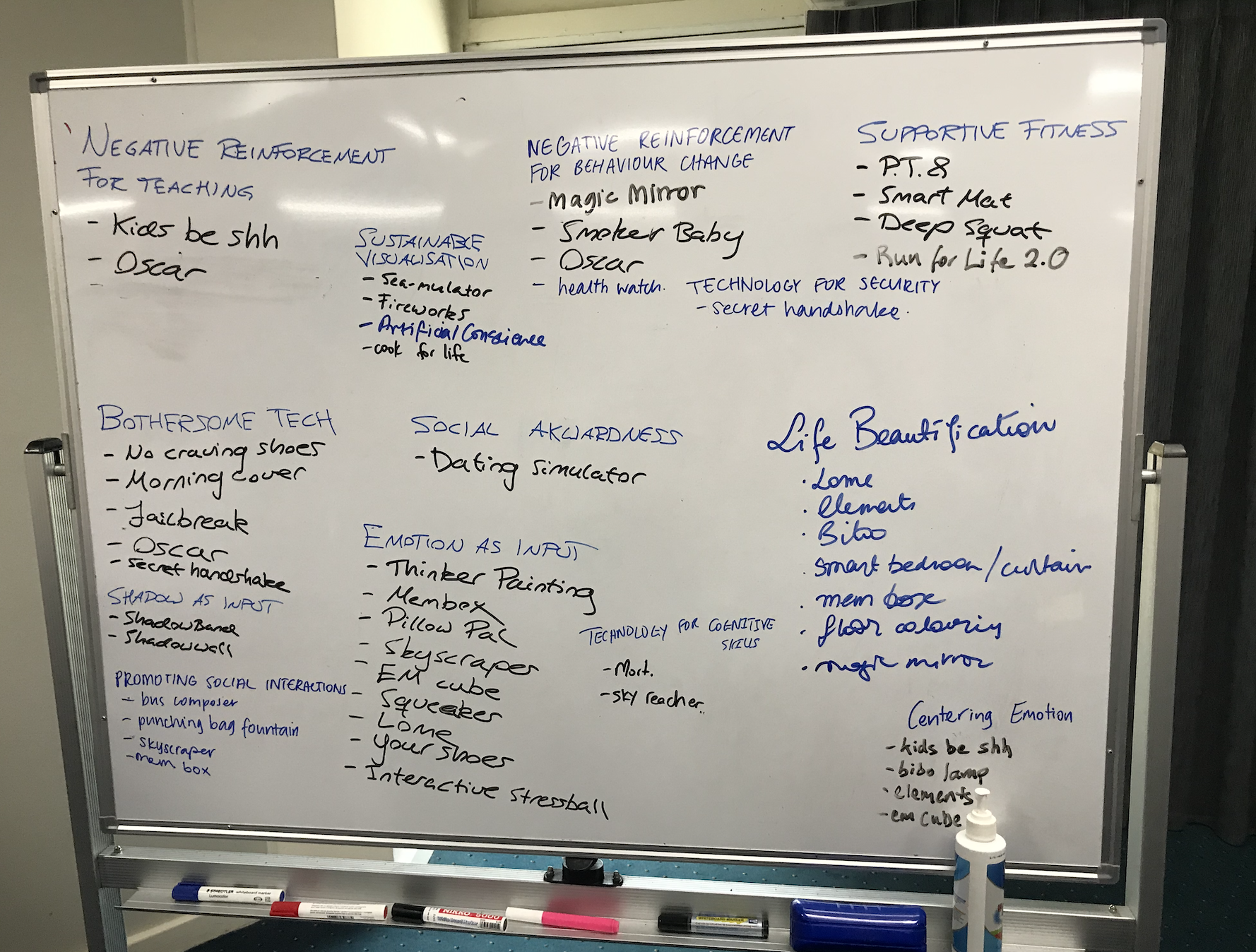 It was really interesting to see that even though we had such a broad theme to begin with, so many ideas could be grouped into smaller, more specific sub-themes.

Now that we have been given the chosen themes for the project, I need to do some more brainstorming about potential ideas that fit some of the other themes to ensure I vote for a theme that I’m passionate about spending an entire semester working on. I also want to look over the feedback Lorna gave me to try to enhance my idea more in case I do end up wanting to pick that idea.

Work that inspired me

This week I was honestly very inspired by the other projects being shown. I particularly liked 'No Craving Shoe' as they were able to use bothersome tech to change behaviour. My current idea is quite limited in terms of interaction so I thought this was a very interesting space.