While it was only a two minute presentation, for next time, I'll probably hold off on explaining my ideas elevator pitch style... I didn't fully appreciate the difference between that and pecha-kucha style pitches until I completed all my talking points, and still had a minute and a half to spare. I even had extra lines prepared, but then decided on the spot that the jokes from them likely wouldn't land now that the main points were all covered. Quite amatuerish after two years of giving a variety of different types of presentation, but it's behind me now... so I'll let it go.

Yesterdays critiques were more brief than the one from the day before, I made it a point to just focus on the selling points of the different ideas rather than trying to provide laid out points. I think because of how rapid fire the pitches were meant to be, meaningful feedback in the moment was... difficult, but it wasn't necessarily possible to finish up feedback after the fact because... well, you'd have just heard 30 presentations, the content of individual ones feel a lot less distinct once you've absorbed that much information. 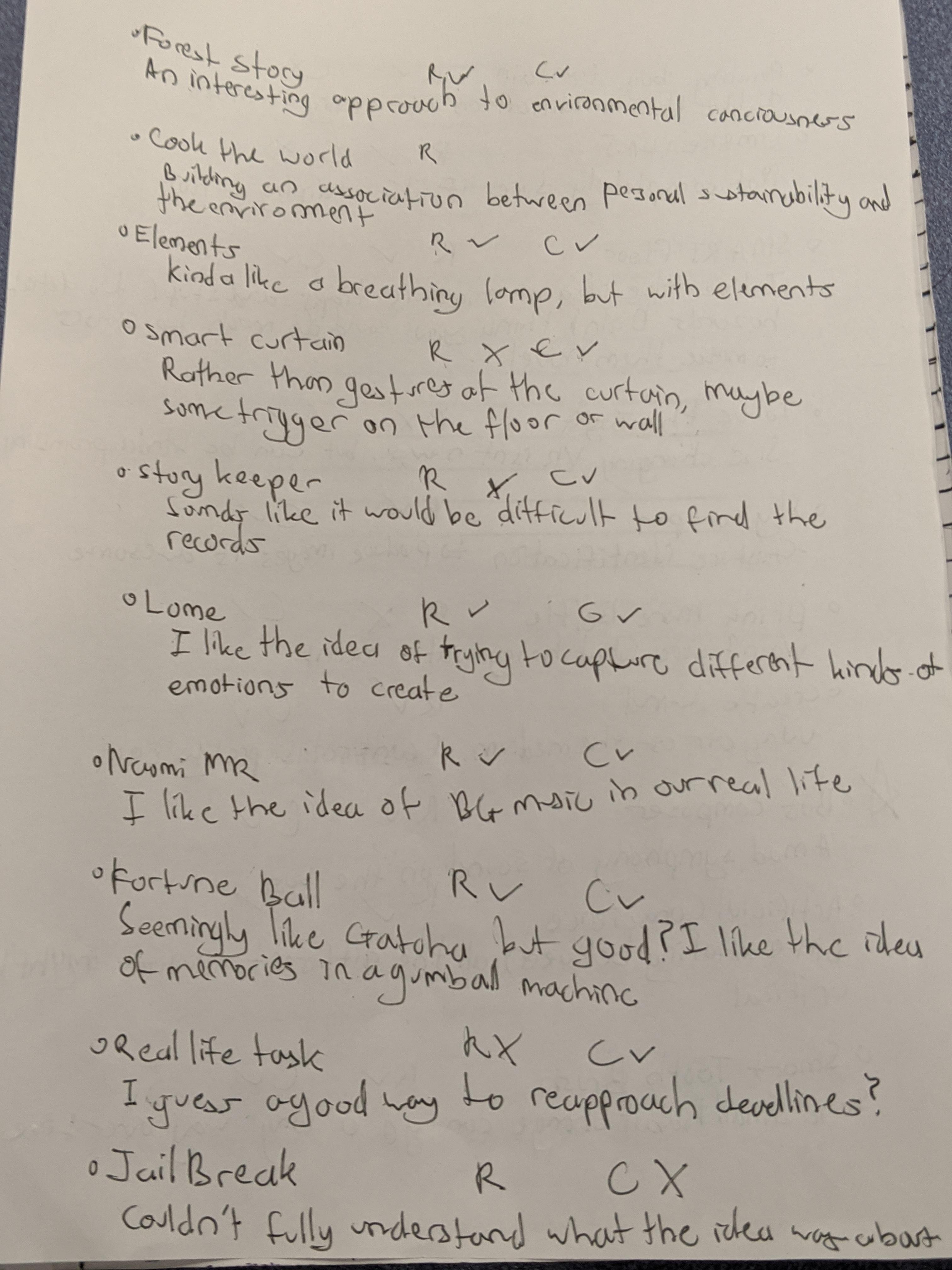 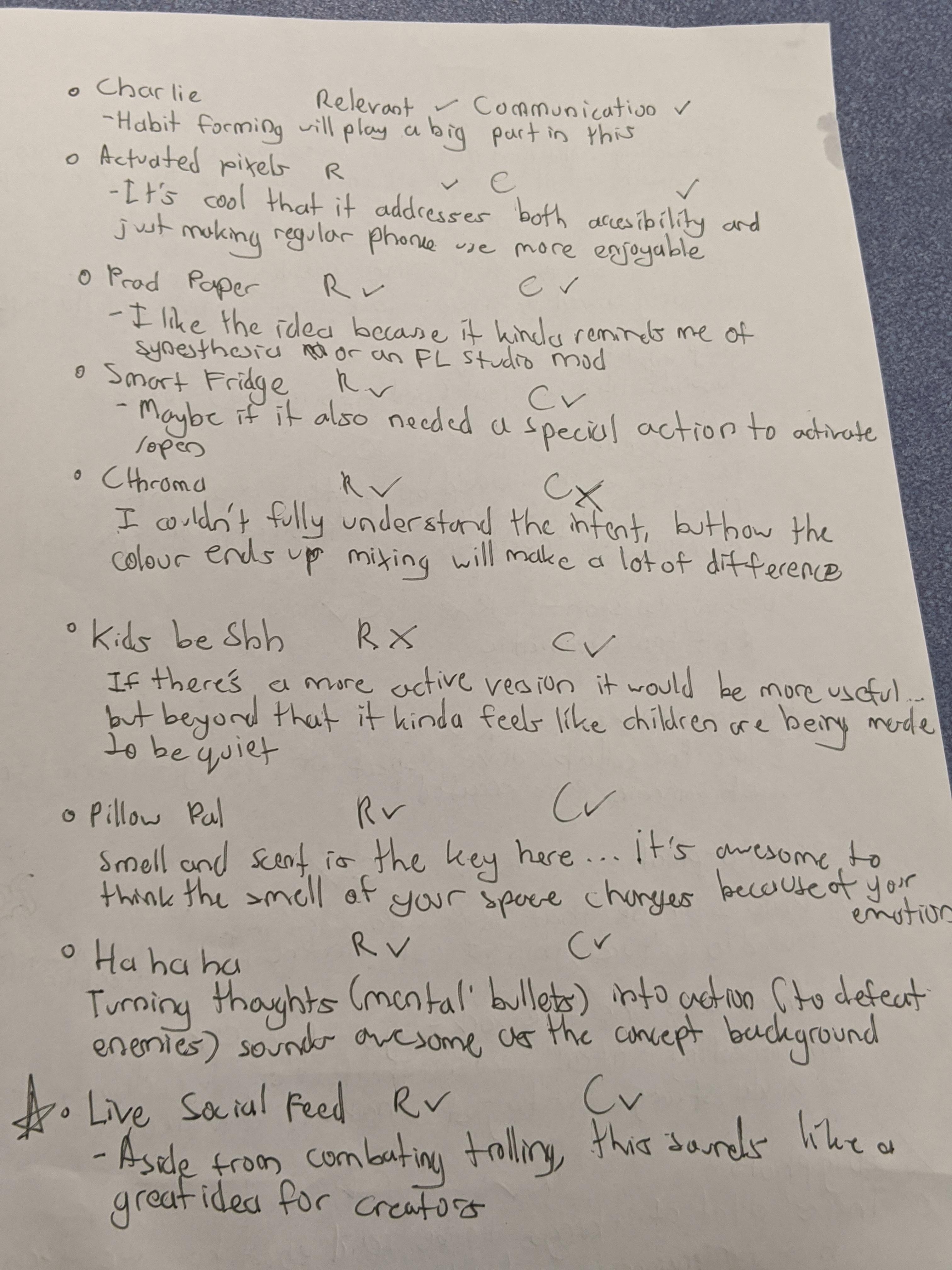 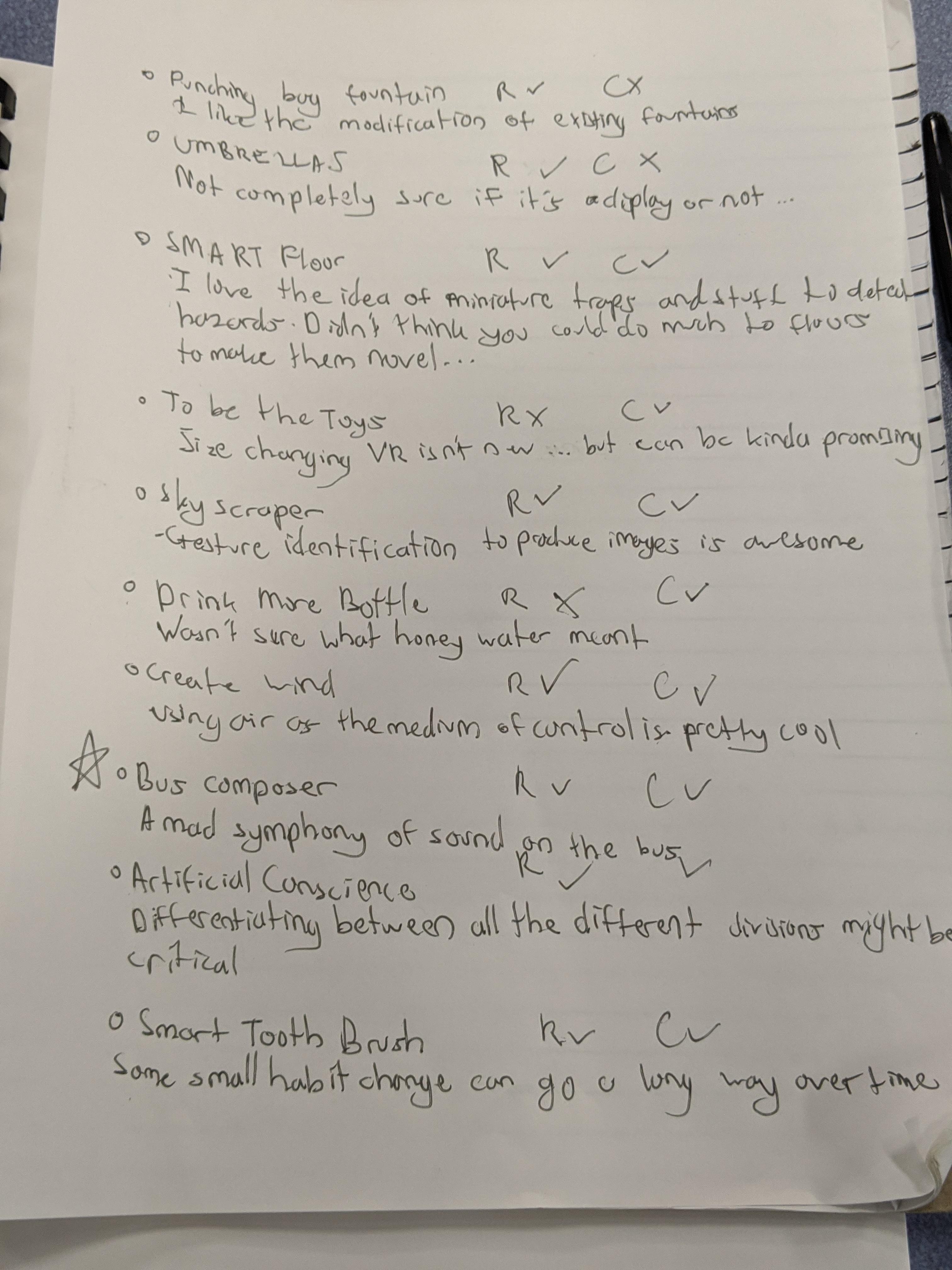 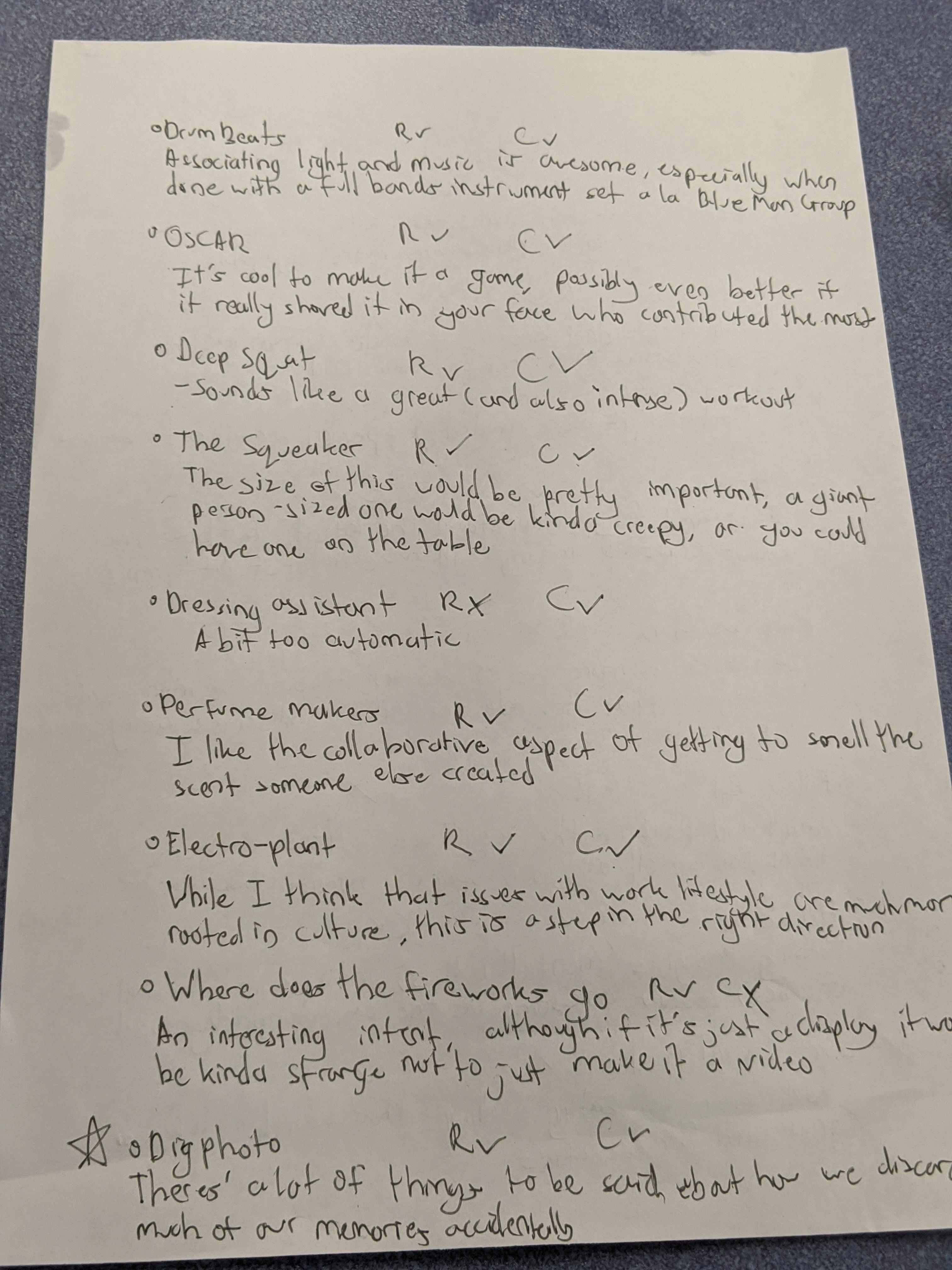 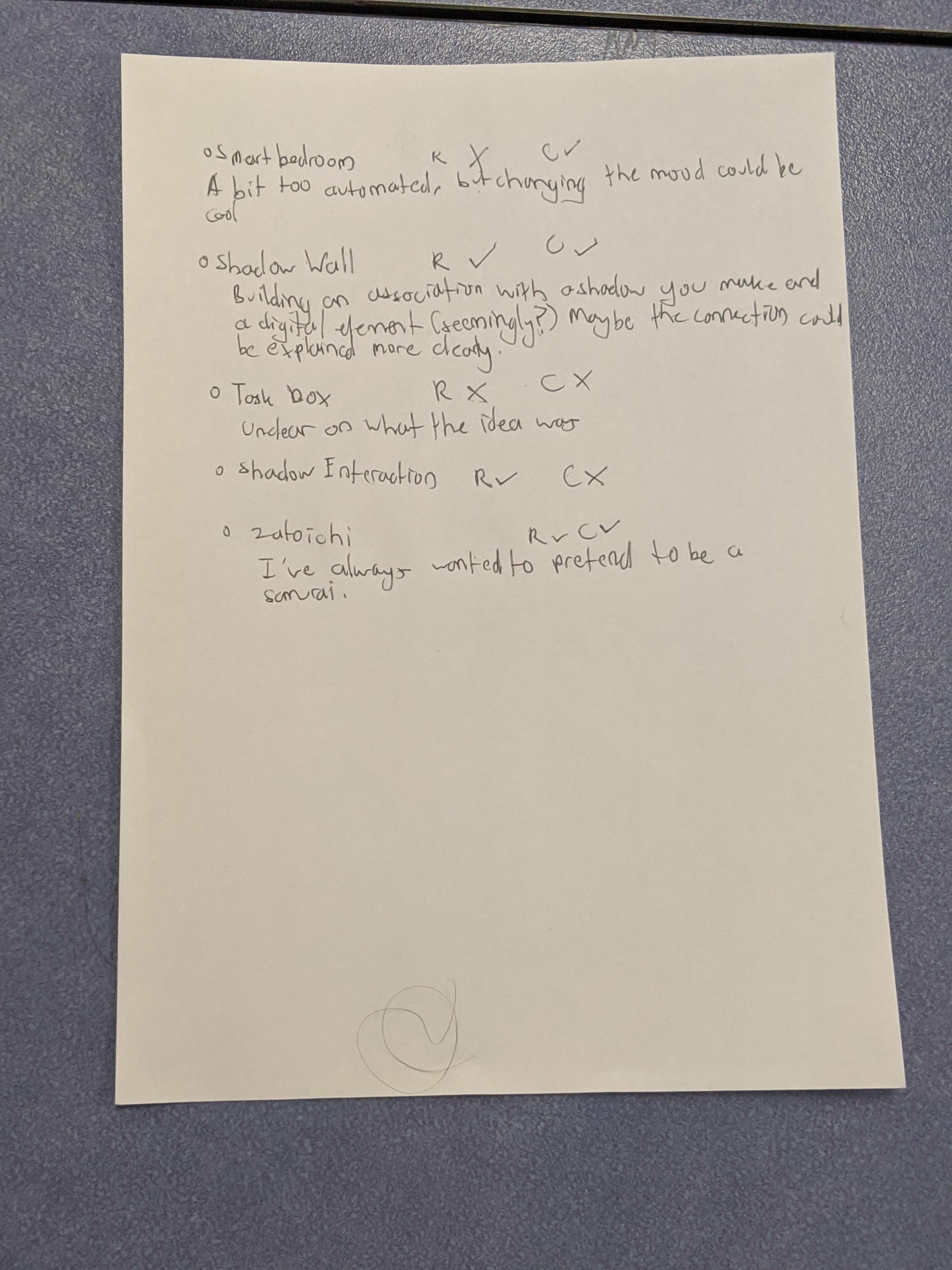 I did have some favourites, DigPhoto resonated with me (mostly because of the intent), because of it's focus on reminding you of positive experiences in the past was something I think would be genuinely helpful. It's quite easy to get mired in depression when focusing just on the now, and forget that there are occasionally good times worth recalling. Like you're drowned by a cavalcade of nonsense distracting you from what you should actually be doing

I interpret that there's a strong amount on focus on living in the moment on social media, and if the current moment isn't good, then your life must be terrible (usually followed by - "please buy our product so you can change this")... so this idea struck a chord with me.

Bus Composer appealed to me for a similar reason, it can be sapping taking an hour or two to get to where you need to be, simply the novelty of having something fun you can do on the bus on the way to your destination, a brief brightness in your day before you get off at your stop, made this feel awesome. Plus, it kinda reminds me of the vehicles in childrens cartoons from when I was a tiny human, where not every part of the world had to have a logical function, and there's just silly details that you notice for one or two scenes before it continues to the next location. A trigger for a sweet memory - making it meaningful in my mind.

Live Social Feed (Name Pending?) was also pretty cool. I draw as a hobby, which means looking for either inspiration from real life (by watching people) or, from other peoples art. Occasionally, I also find a place on campus to sit around and just observe people, to understand them better. This type of creation would make it so that I could do all of those things at once, observing things from peoples feeds on the building, while observing people observing the buildings, while drawing things based on being inspired by a large number of things.

A second round of post it notes to collect themes went around next; 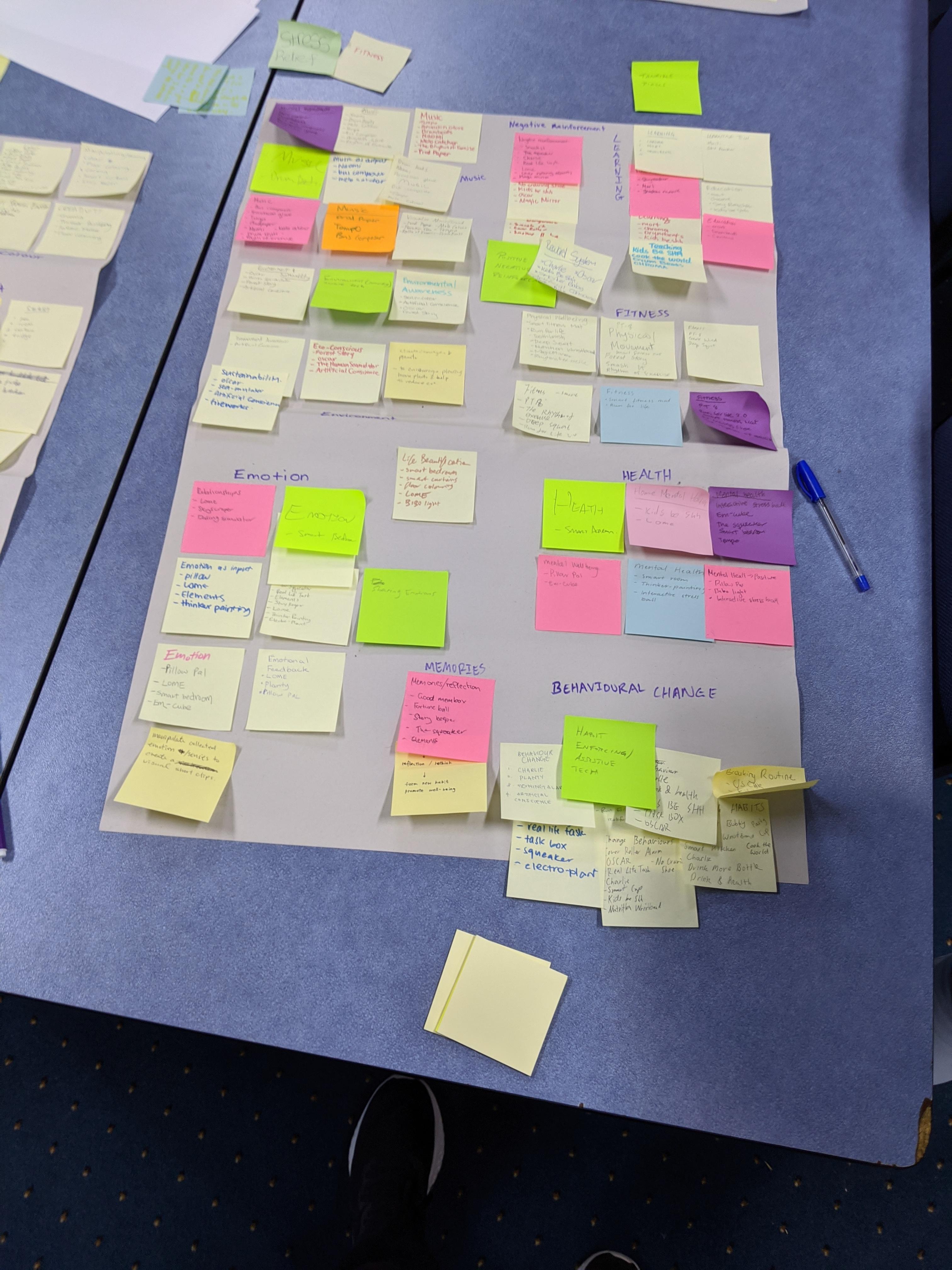 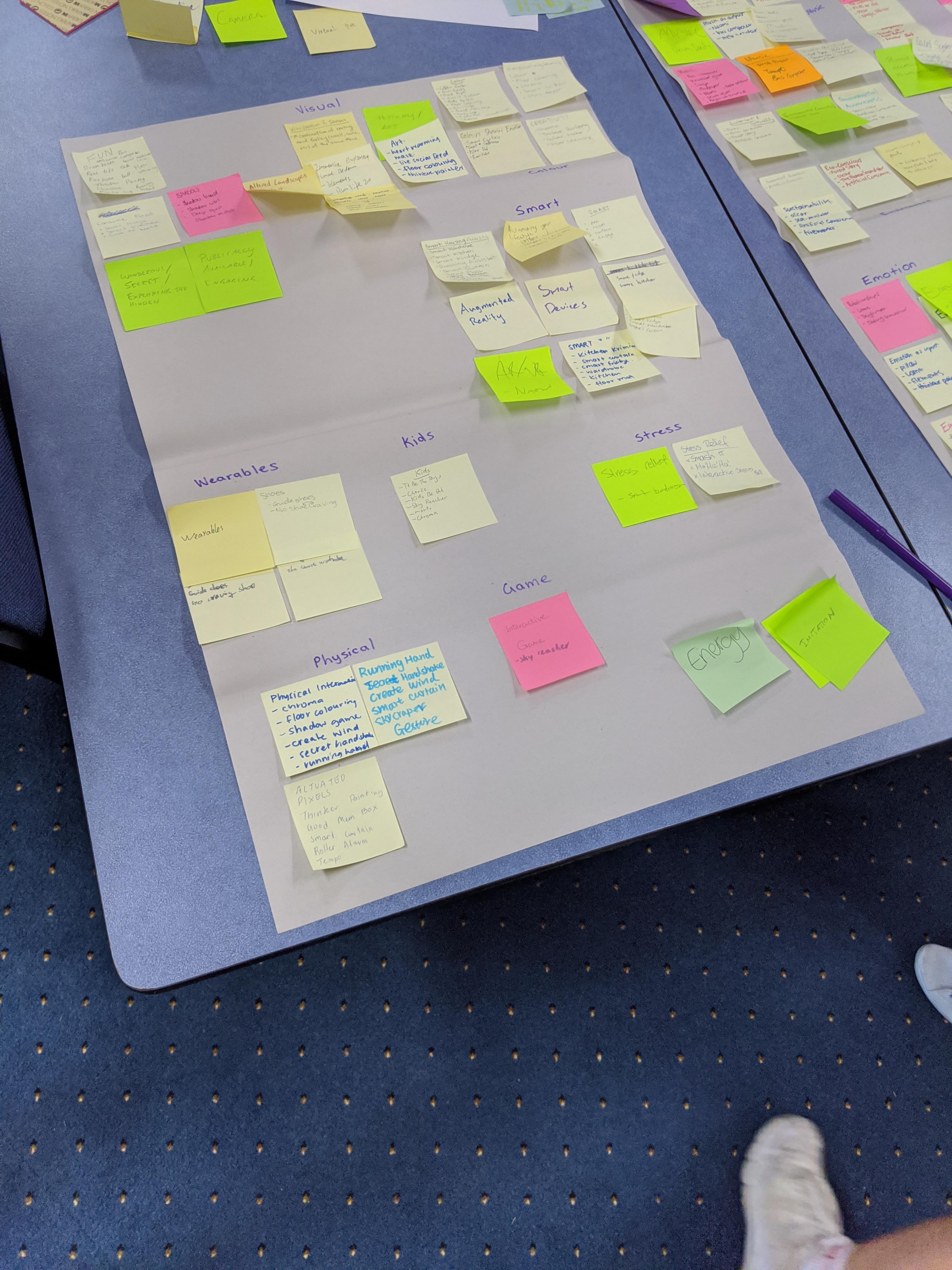 We had even more people for the second theming session than the one the day before, which had some benefits, but also, I would argue, drawbacks that countered them so severely as to make the session ... a priority topic to review at the end of the semester. I would say there were too many chefs, meaning that the group broke off into small collections of people, not all of whom wanted to be up front and writing on the board.

After one of my attempts to contribute, I'd say that this included myself. While I made some suggestions for themes, none of them were deemed suitable enough to be put on the board, so I walked away to see if I could contribute to a different conversation. It felt a bit like rather than having a discussion, I was having to convince the guardians of the markers that my perspective was also acceptable as a theme. This felt adversarial instead of collaborative, which I know wasn't the intent..., but it was certainly the result.

Even if I feel my contribution could have been useful, I couldn't care less about the main task after the repeated shutdowns.

On the bright side, it seemed like more people were willing to speak their minds and not hold back on their reservations on this stage of the process, than on Tuesday. Despite not being able to bring forward any of my themes, I appreciated this additional honesty fom my peers. Most of the time there's a lot of... "go with the flow, this is what the teaching team wants us to do", but there were some points raised by my peers that I didn't realise until someone else said it, that helped me reconsider what I did and didn't like about both the pitches, and the process.There was... an apparent fatigue from things being messy and all over the place (but, well, thats design for you), but I felt my concern at feeling unable or unwilling to contribute more than I'd already done echoed in more students.

In a literal sense, I am not these people, I can't see their perspective completely how they see it, unless they tell me what they think. But to smoothly operate in this society, we all live under the same rules and tradeoffs. There's hundreds of things we share in common, even if on the surface level theres a few major differences - which means we have a strong start to genuinely engaging with each other, rather than letting pleasantries dominate the conversation and only briefly touching on inner thoughts.

Having someone impulsively say "I hate this because" - followed by venting - lets me reevaluate what parts of the session were useful to me, and the collective.

A collection of themes was produced at the end of the session, although... I can't really say I had much of a hand in deciding on them, only some investment in how pitches were grouped under themes. 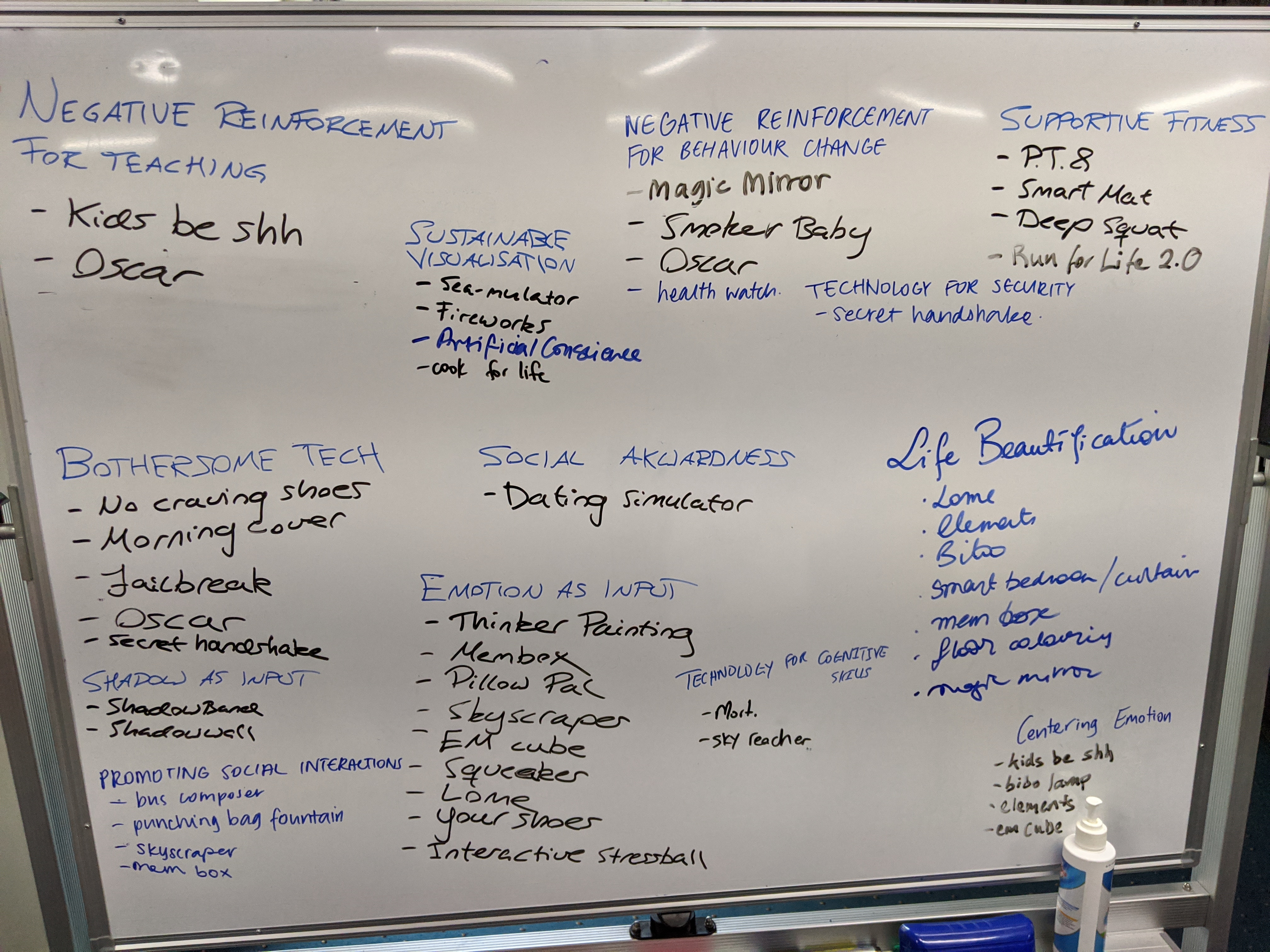 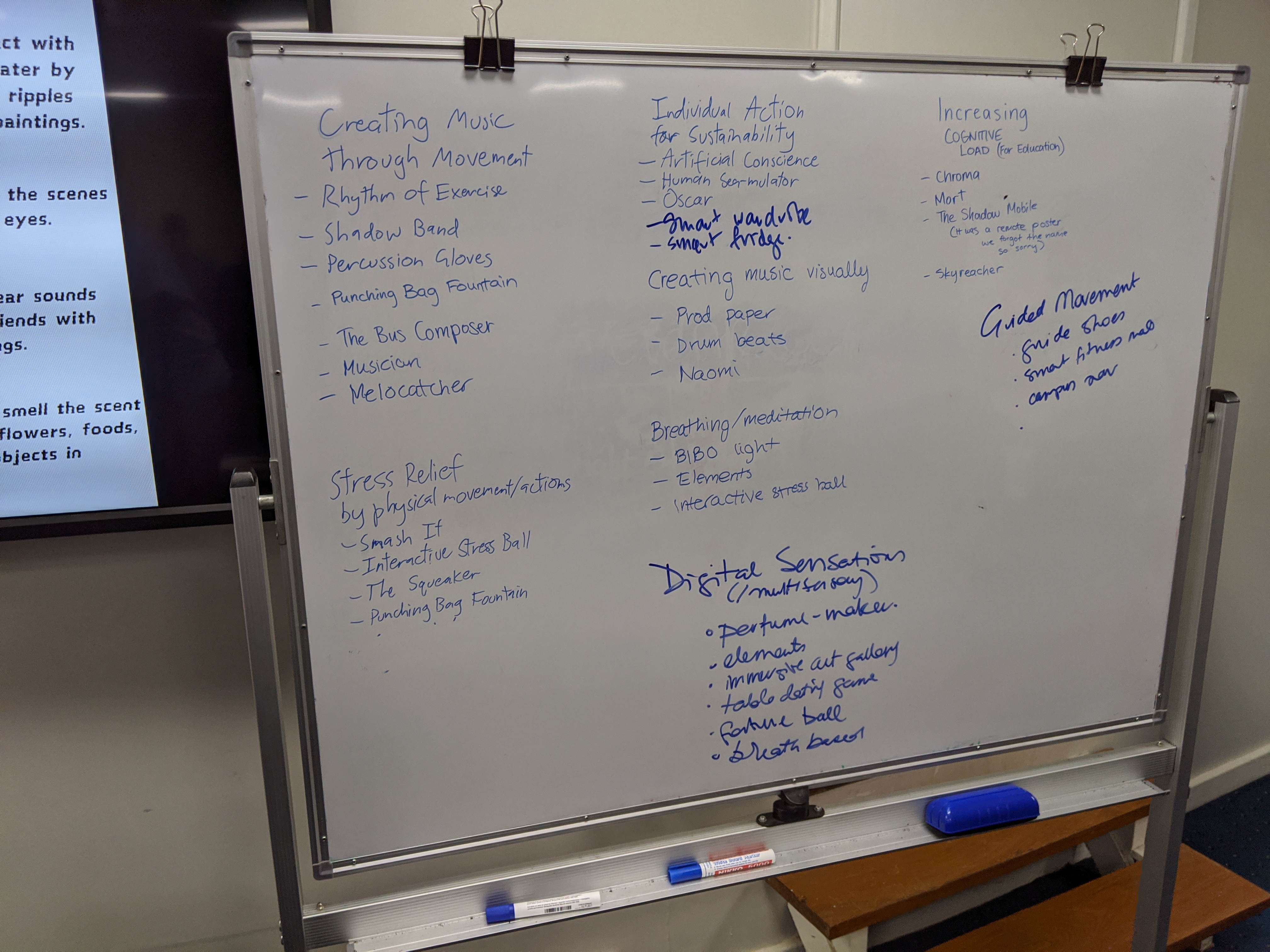 For the next post, I'd like to wash off the lingering dissatisfaction with Wednesdays session, and focus instead on what the chosen themes mean to me. I think interpreting them on my own beforehand will be useful for next weeks exercises, and have some tangential sketches prepared that relate to the themes which could be their own suggestions too - if not simply a direction for preparatory research into the spaces the themes occupy.

The post mentioned at the end of this journal entry is in progress... in the meantime, I've been posting other thoughts and entries that are more complete.