I was impressed with the pitches that were made this week. I do believe some missed the mark and either weren't effectively communicated or didn't address the domains outlined in the brief (playful, everyday and sci-fi). Nevertheless, there were some very novel ideas. I was drawn to concepts with interesting interaction modes. Interactions such as pressure pads or making shadows were some interesting proposals and would like to see these concepts developed into projects.

I was pretty happy with how my pitch went! I believe I was able to clearly communicate the concept to my peers and addressed the domains outlined in the brief: playful, everyday use, and sci-fi. I have really enjoyed ideating design possibilities for Mort and it was promising to see the same excitement come from my classmates.

After going through the peer reflections of my concept, there were a few recurring critiques of Mort. These critiques can be grouped under themes: lack of audio, relevance of morse code and networking Mort with friends so they can talk to eachother.

I think that the incorporation of audio would be a really beneficial form of feedback for the user and could also assist in personifying Mort.

While morse code is essentially a redundant language, the cognitive benefits acquired through learning a language remains. Morse code is a relatively simple language to teach and Mort lends itself nicely to facilitating cognitive growth.

The future of Mort could definitely involve networking. This could further the user's encoding and decoding skills and allow them to practice with friends. I really like this suggestion! 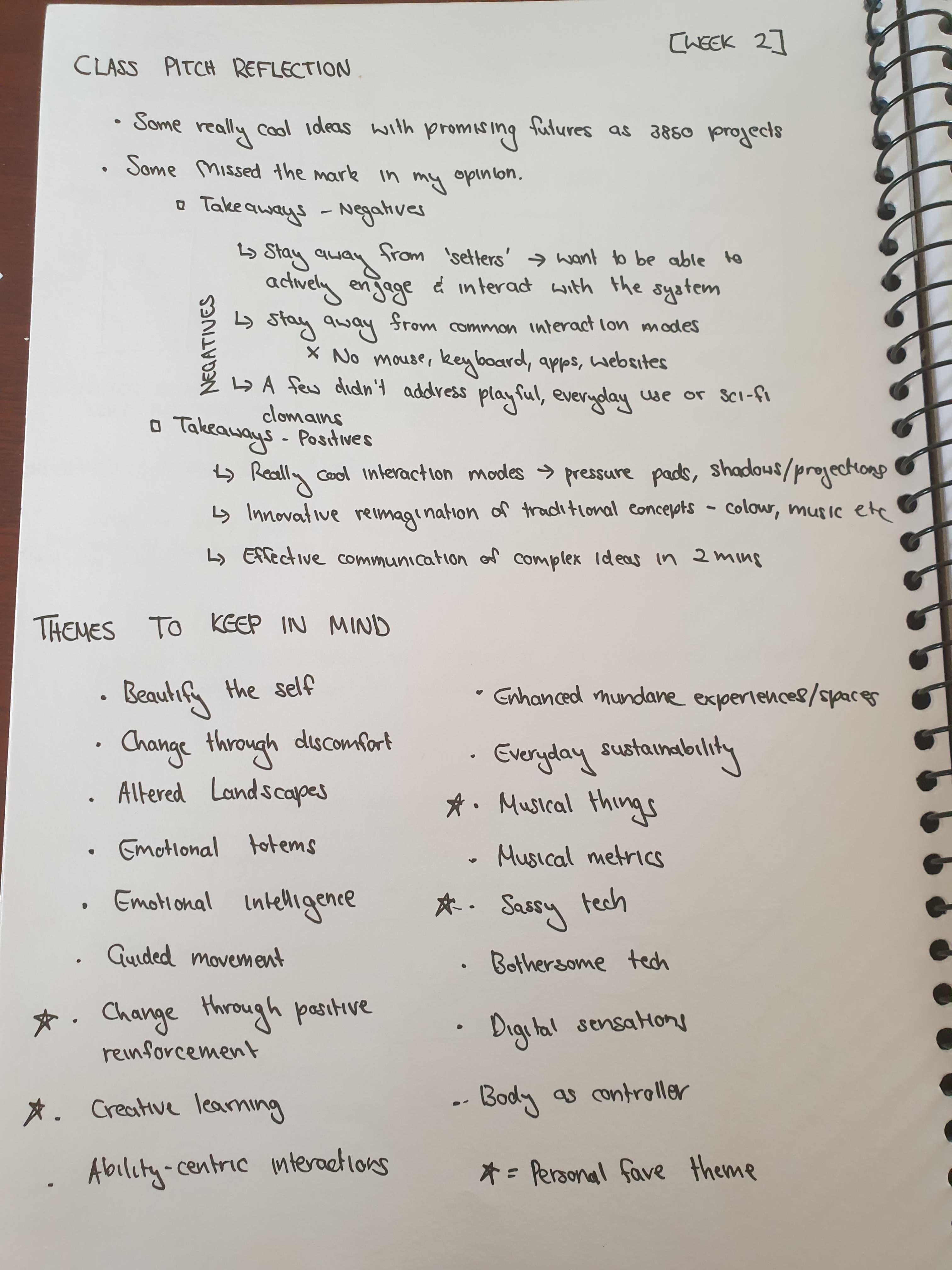 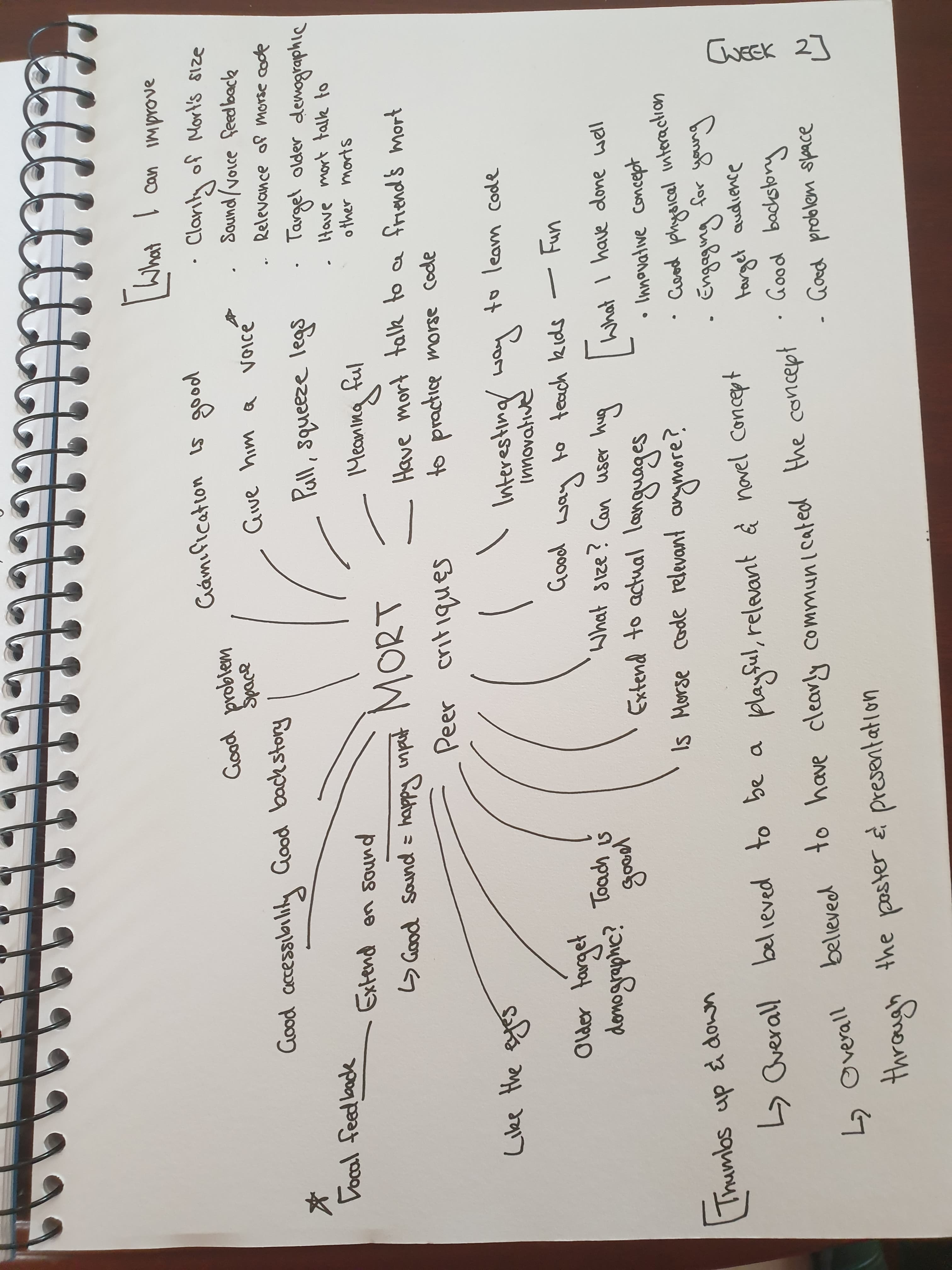 REFLECTION ON REFLECTION: It is really interesting to see how my individual design direction took a lot of twists and turns but ended up coming back to this 'pressure pad' concept. I am not sure if that is because this idea was playing on my mind since Week 2 or because I found it to be the most apt method for my physical interaction - either way, interesting to look back on. It is also nice to look back on the themes I starred. While I ended up working formally under the domain of 'creative learning' I ended up bringing in elements of 'musical things' and 'change through positive reinforcement'. I don't remember starring these themes so it is great to see I was able to make connections back to them - the unconscious mind is always a treat to reflect on