In Week 2 I practiced my pitch and printed my poster out. I also provided critiques for my peers for their project pitches.

On Tuesday afternoon I completed the soldering induction where we learned the safety protocol for handling the soldering irons and practiced making a circuit with a battery, a switch, LED and a resistor. I previously had experience with using breadboards from CSSE2010 and DECO2300 but I was very confused about how to incorporate the switch into the circuit. Luckily the tutors were really helpful and I got to help my peers after I managed to figure mine out so it worked out in the end. 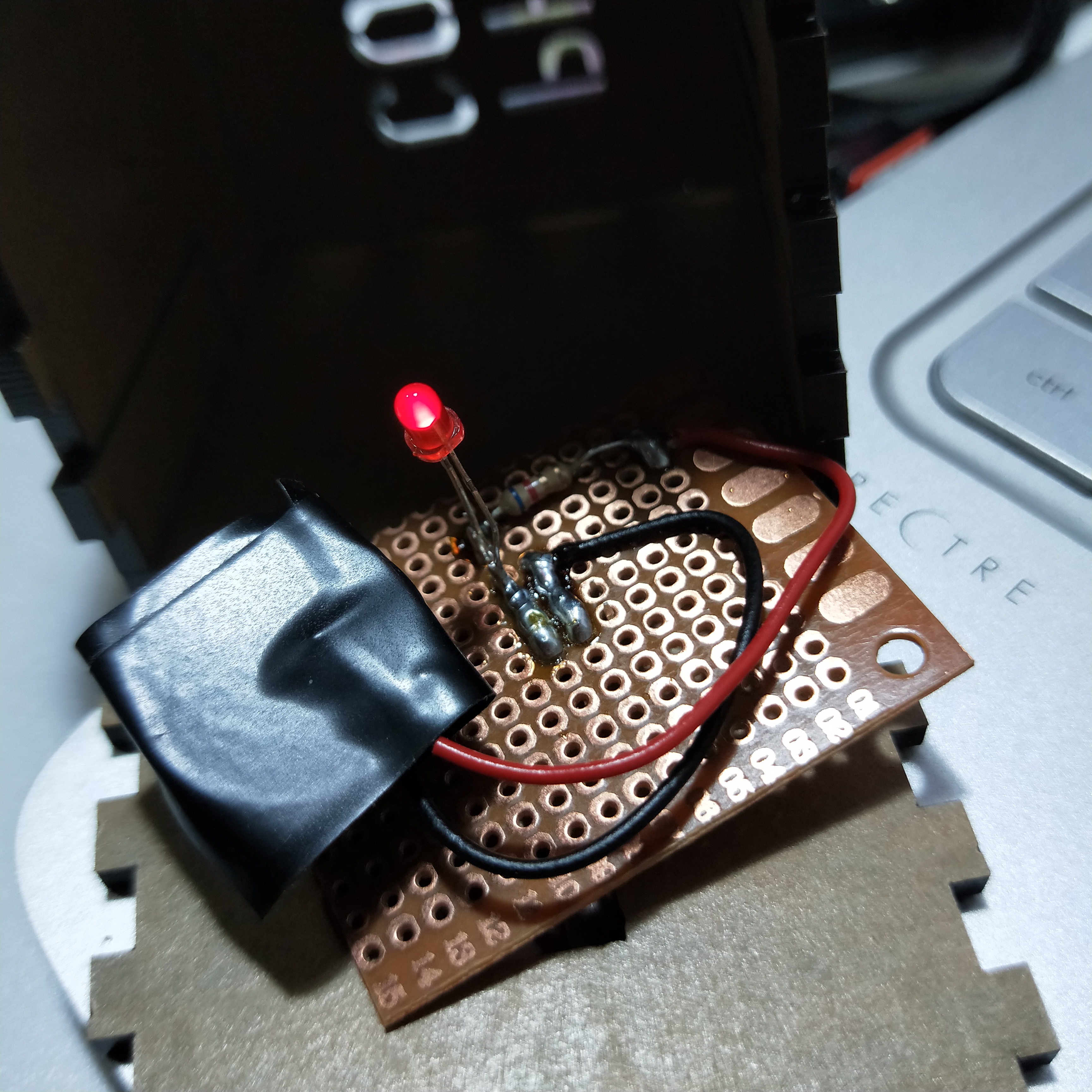 After the pitches were given, we brainstormed the themes that were salient amongst the concepts and listed the relevant concepts underneath the name of the theme we came up with. Throughout the pitches I noticed a lot of shadow concepts, music concepts, and environmental concepts. 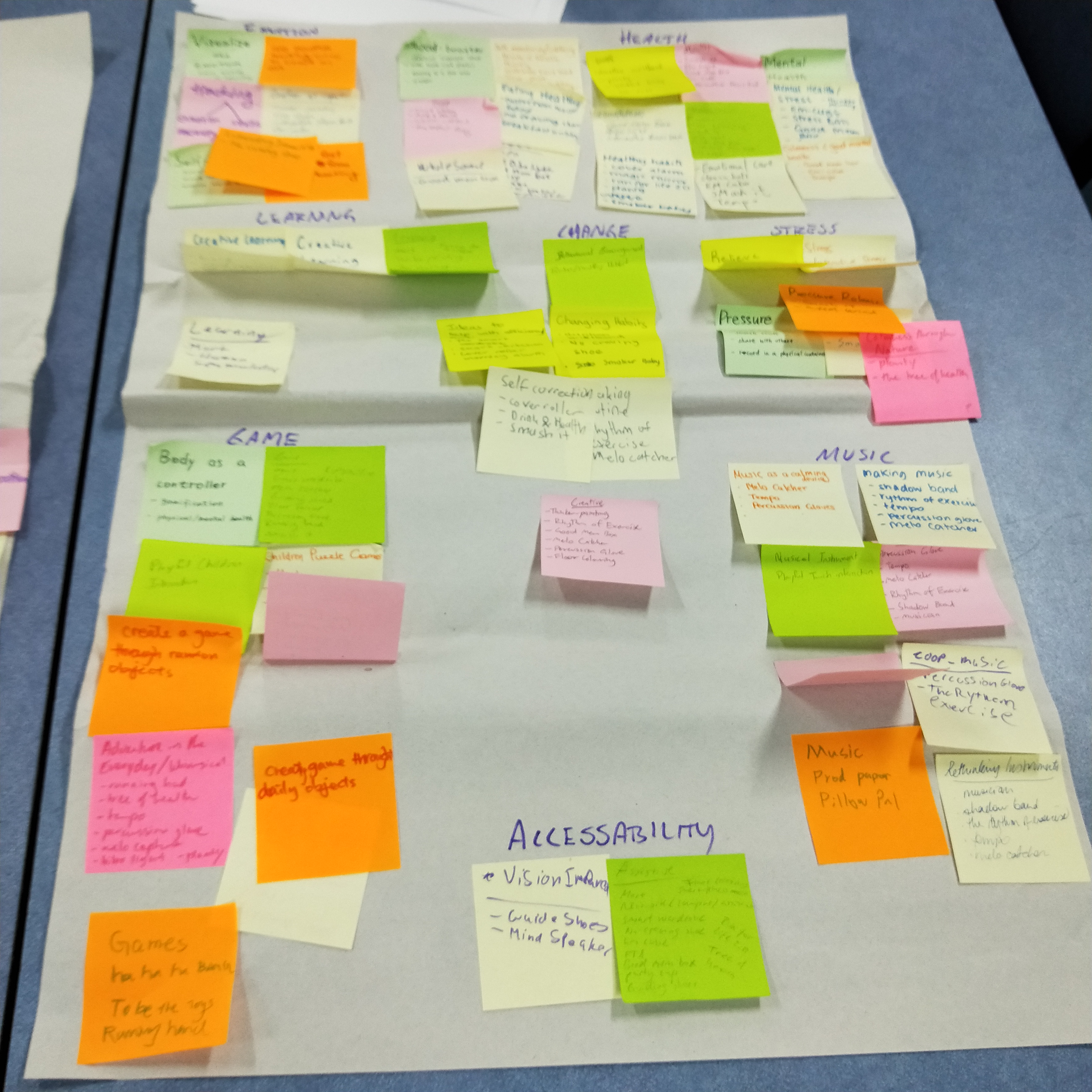 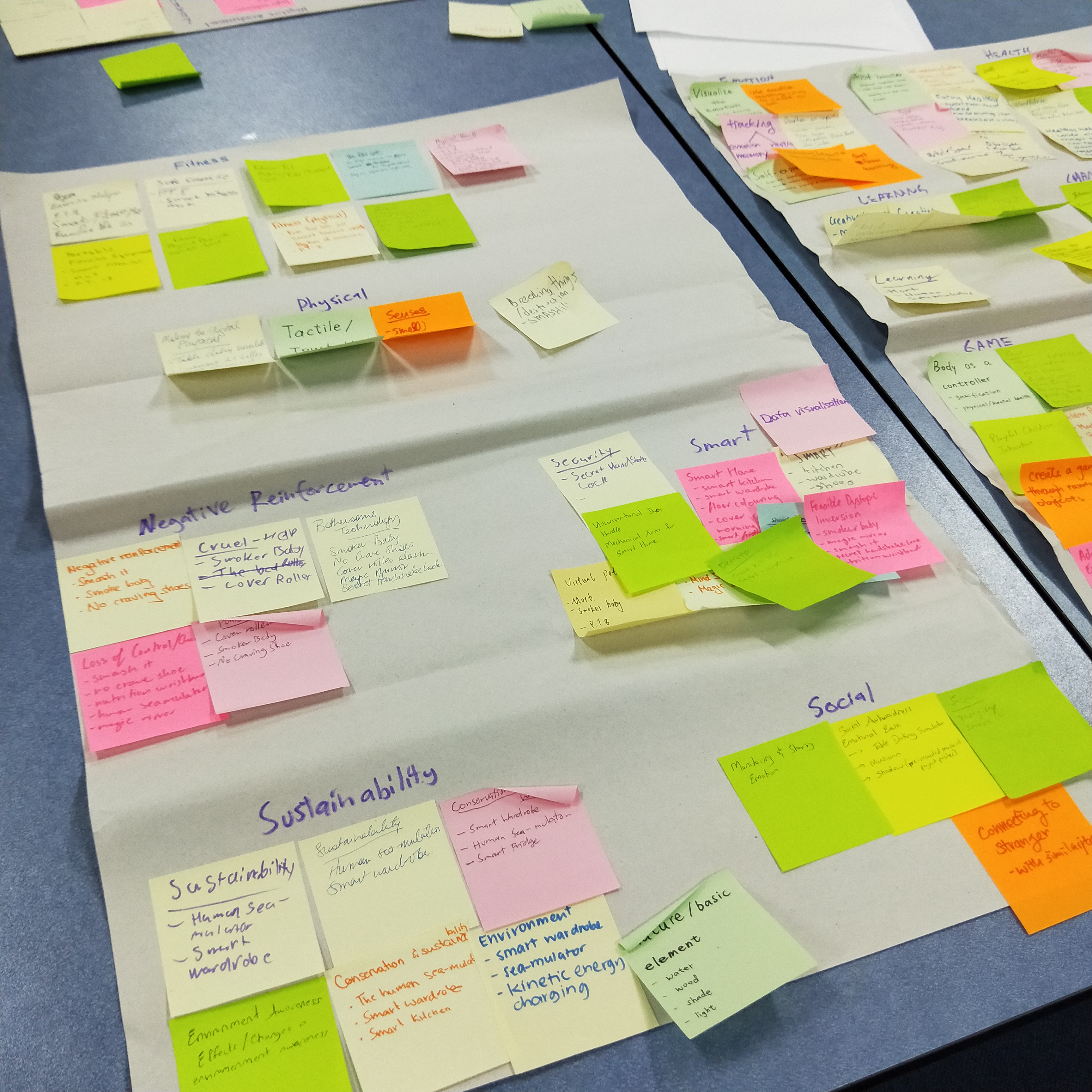 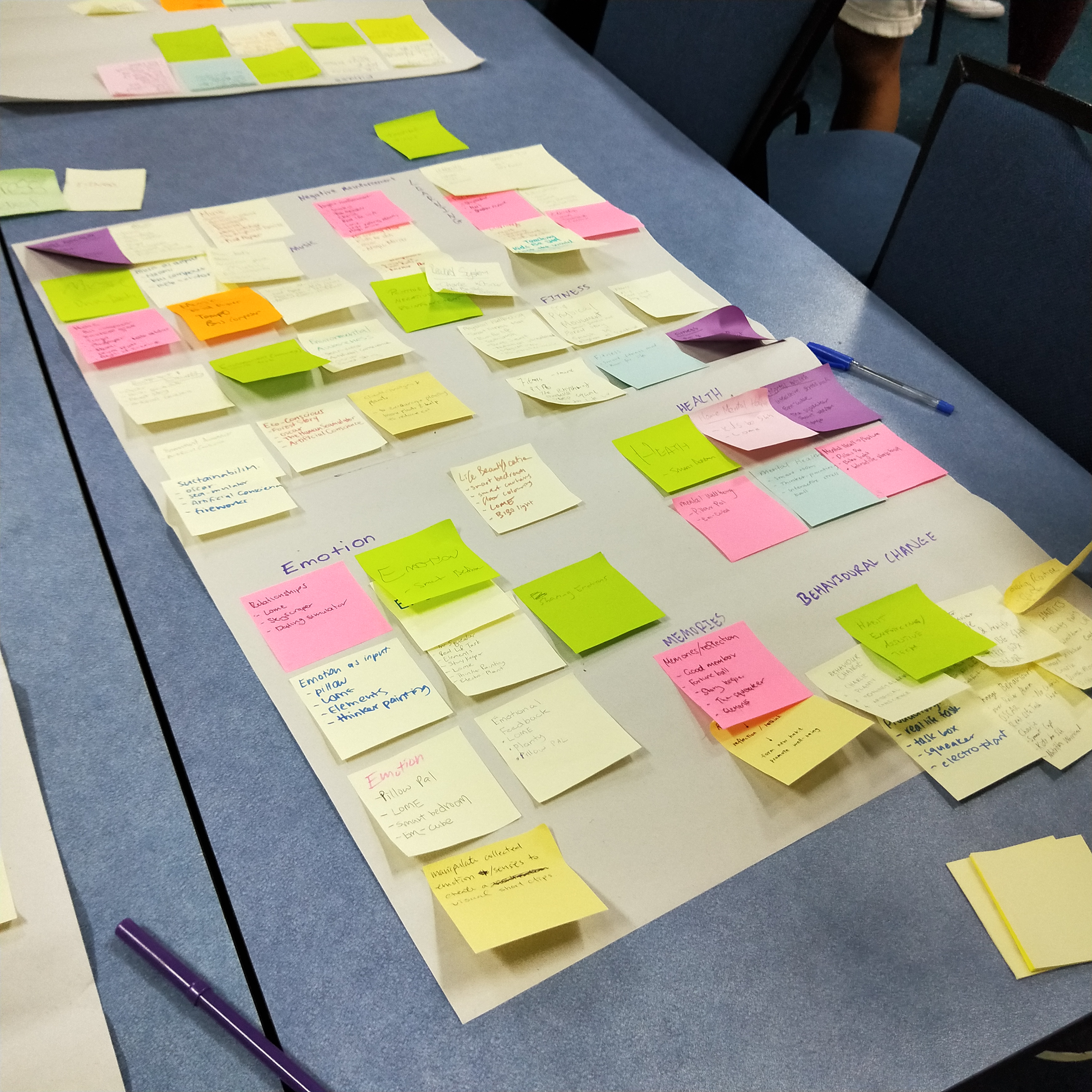 After this process, we then tried to think of more niche theme names that would give 11-20 themes. Then we gathered the posters to place them under those themes. A lot of people had to attend other classes afterwards but I did my best to locate the majority of the concepts mentioned in the themes. I think there were around 10 posters left on the table when I had to leave. 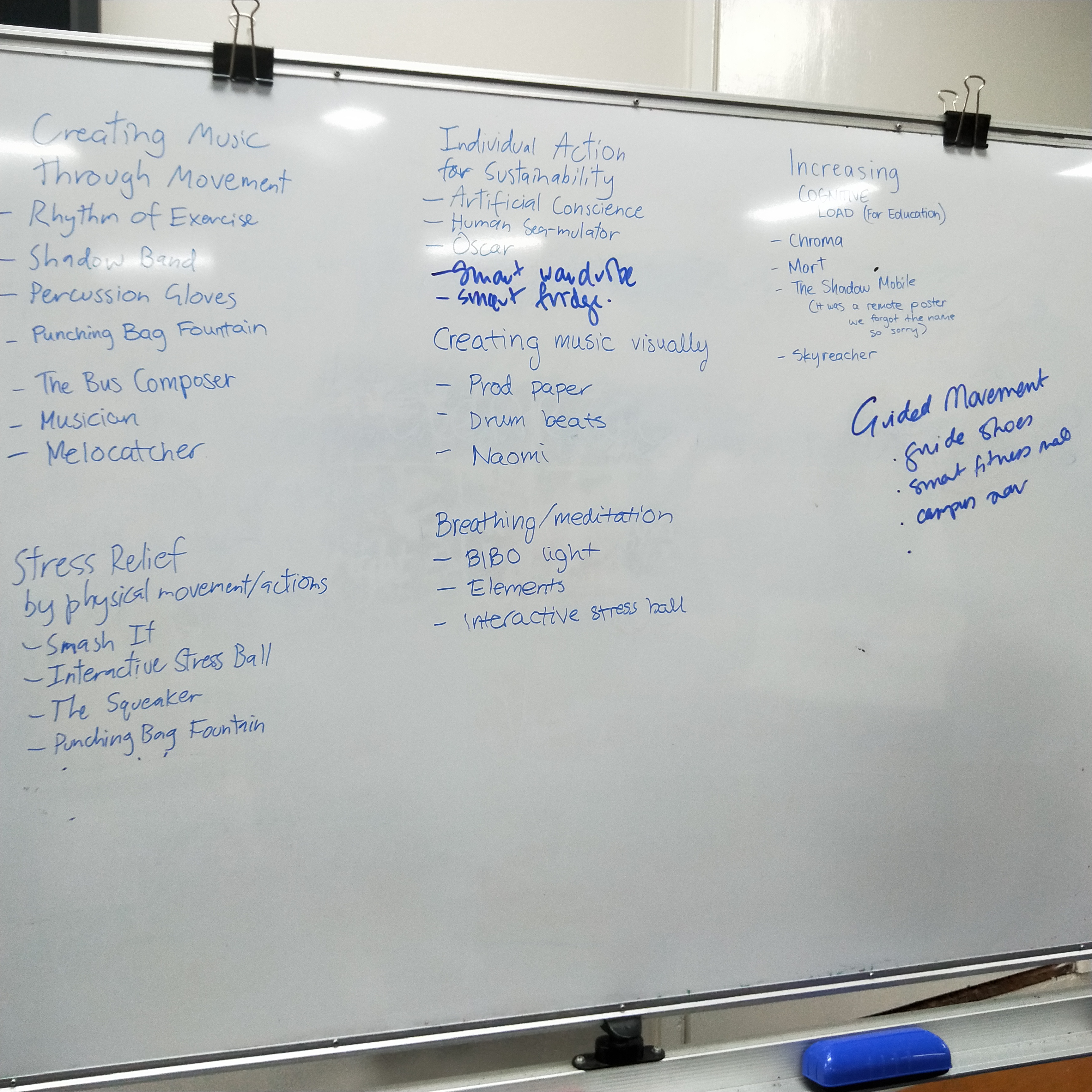 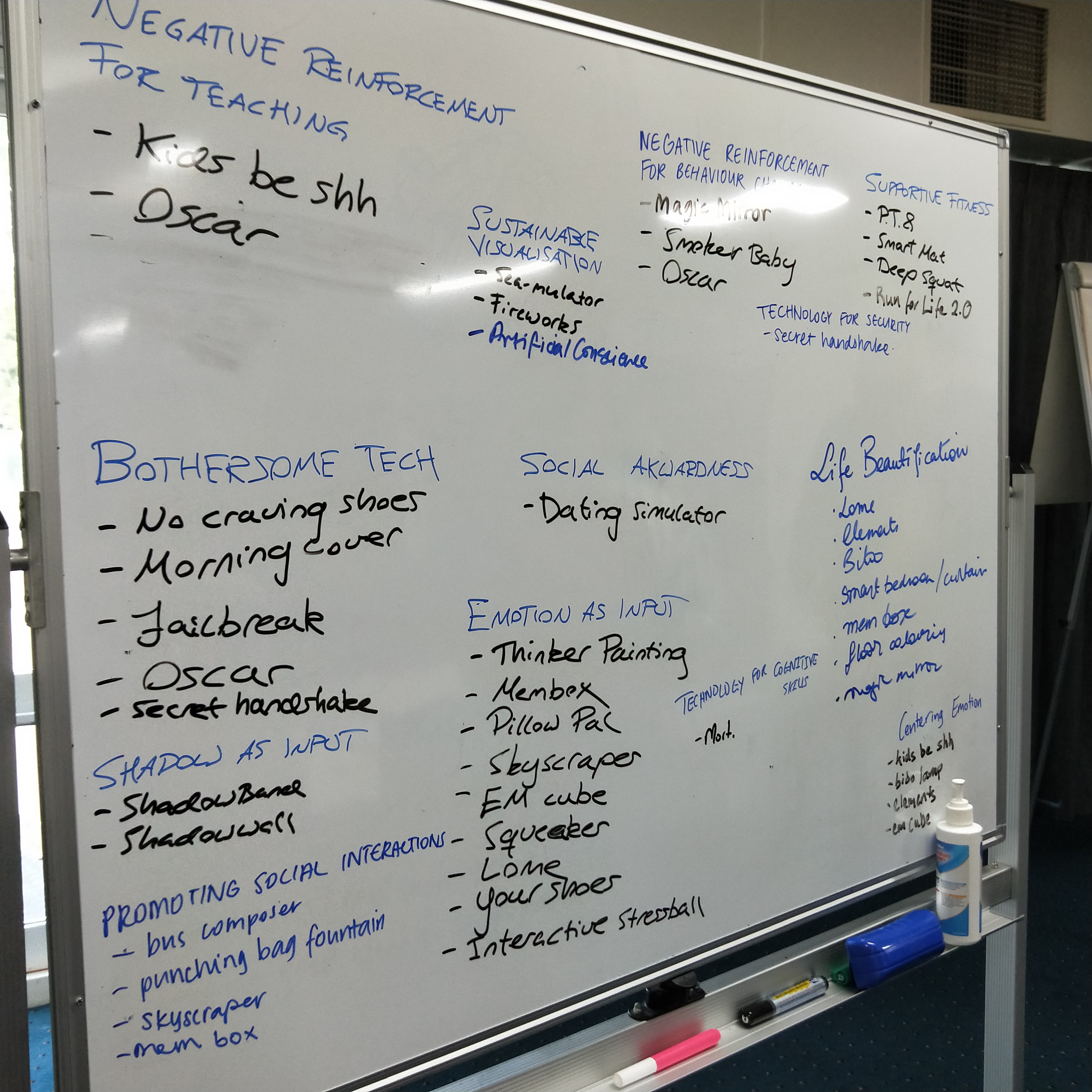 With printing the poster, I made sure it was ready to print before Sunday so I wasn't pressured for time about how long it might take to print or where I would print at. I like that I managed my time well with this and I hope this continues on in the semester.

The soldering induction was useful because it is likely that my team would use the soldering iron at least once in the semester. It was also really cool to see the soldering wire drip onto the board. I have an arduino kit in my possession too, so it was good to have a bit of a refresher on circuits/batteries and stuff.

Giving peer critiques is always helpful, not only for my peers but to help me hone my soft skills of communication. This has been pretty useful with the graduate application season!

The theming will be used for the World Cafe activity next week.

For Week 3, I need to go and get my acrylic cube glued up and also glue the light to the switch panel. I have completed all of the induction sessions and I'm anticipating a lot of discussion due to the world cafe activity happening next week.

I also want to comb through the feedback left for my concept. I read a couple of comments during the theming phase that were sticky-noted onto my poster but I plan to read through the critiques tomorrow (Monday) before the world cafe activity.

Design Society UQ had its first event of the year on Friday. We had Matt Luscombe, Stephen Viller, Peter Worthy, Momoka M-Park and Kyra(?) on a Q&A panel and it was just very reassuring to hear that uncertainty is inevitable but finding comfort in that uncertainty also develops over time. The non-UQ staff people had just recently graduated so it was nice to hear that they are living their best lives and hopefully I can also do the same when I graduate. I gained a lot of helpful advice that included stuff like how to market yourself as really employable, the great aspects of the UXDes major that are unique to the major, and made more friends. I highly recommend joining the society (although I may be a bit biased since I am the secretary). I also liked that they all recognised how much design covers and that it's not just one niche field. 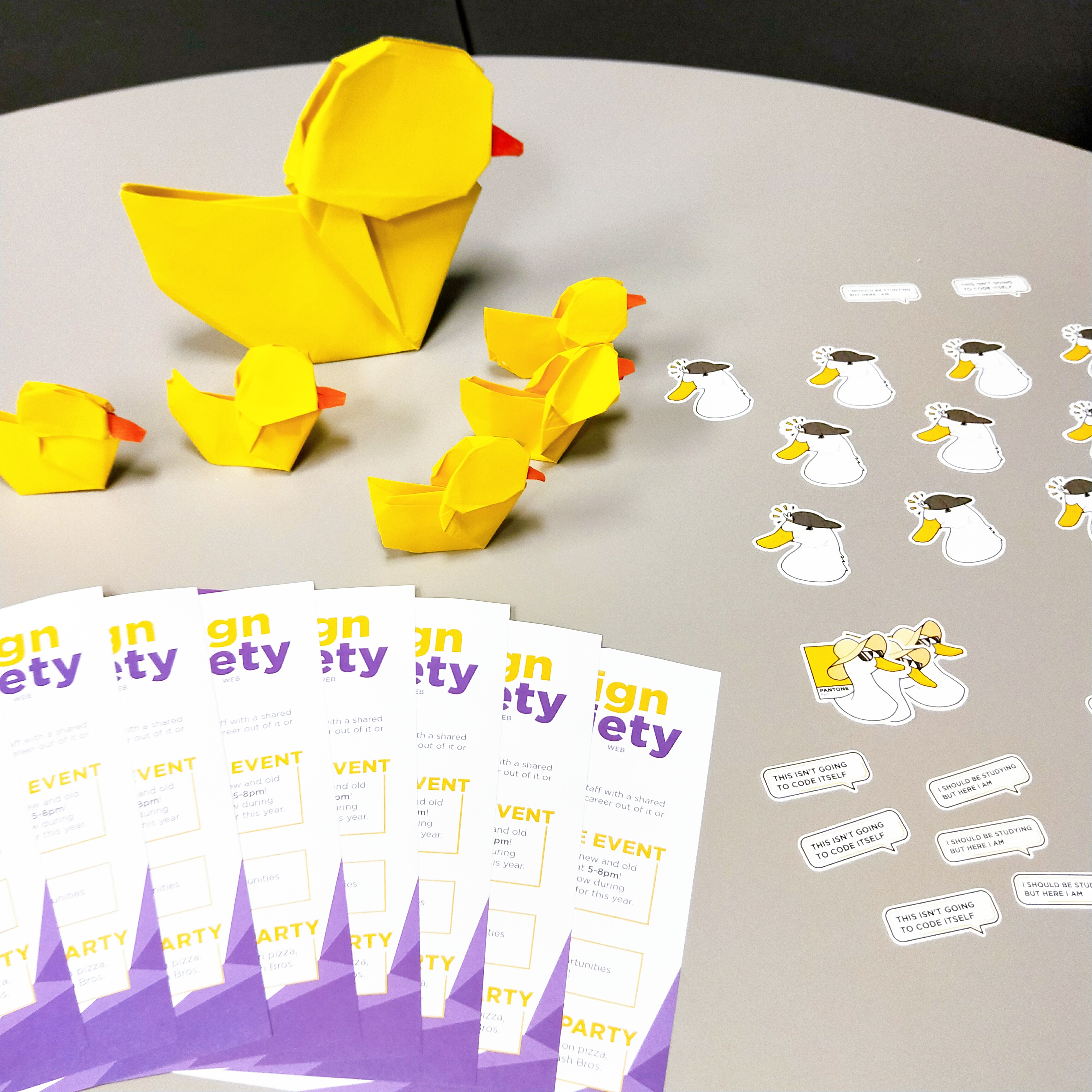