The theme that impressed me a lot in the world cafe activity was changing through discomfort. It's like using things that make us feel uncomfortable to be the motivation to make some change. During the process of ideation the team members brainstormed what discomfort means to everyone and what we want to change though this. The thing people want to change might be a bad habit like smoking or eating junk food. The thing make people feel uncomfortable might be making some noise or adding some weight on your body. Then we could come up with some interesting ideas applying this topic like a running phone that runs away if you sit for too long with the purpose of promoting people to do more exercise. Or a bracelet stops you when you are going to purchase something you don't really need. It’s fun to think in this way to design some interesting and meaningful stuffs for everyday life. 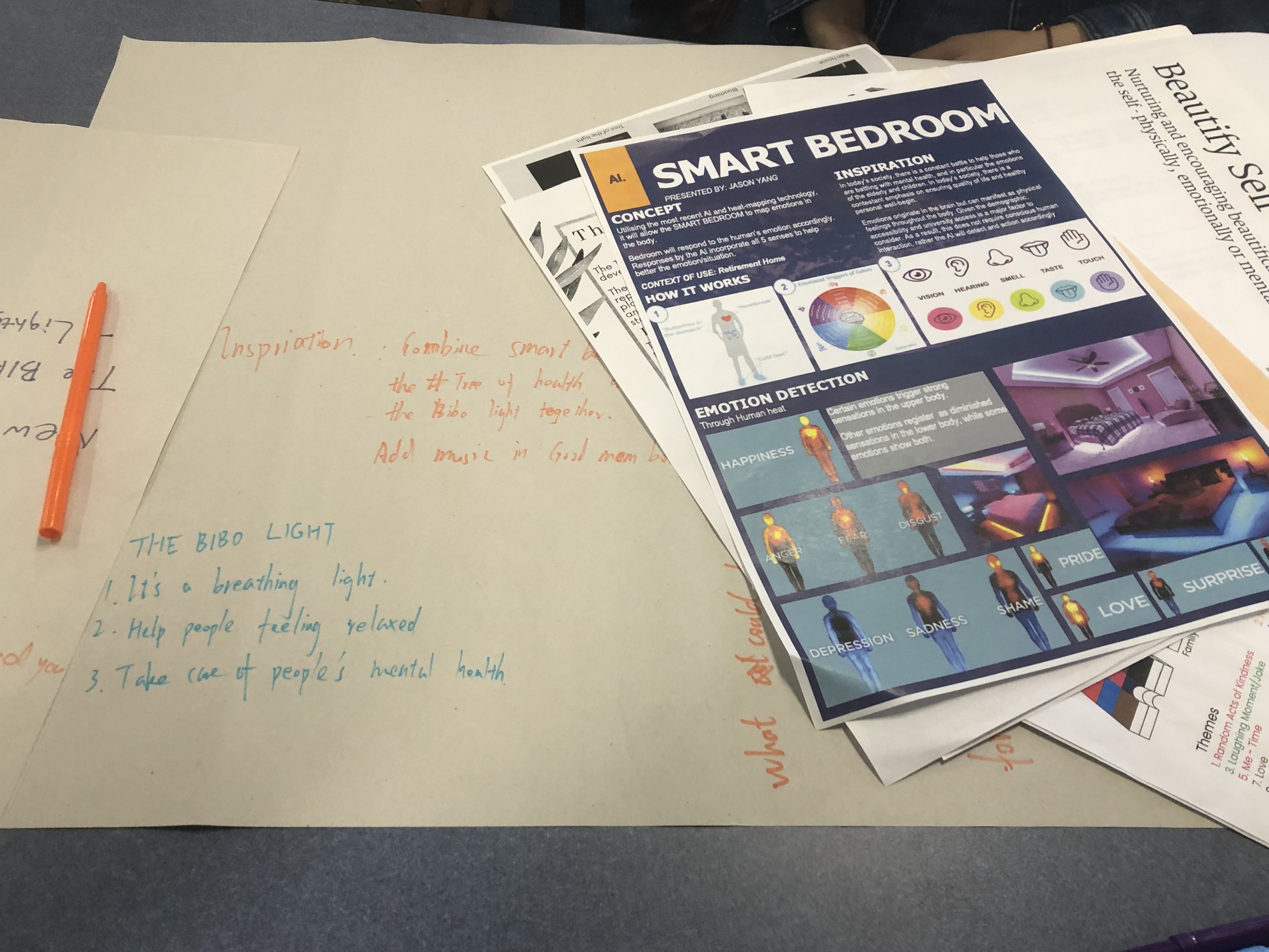 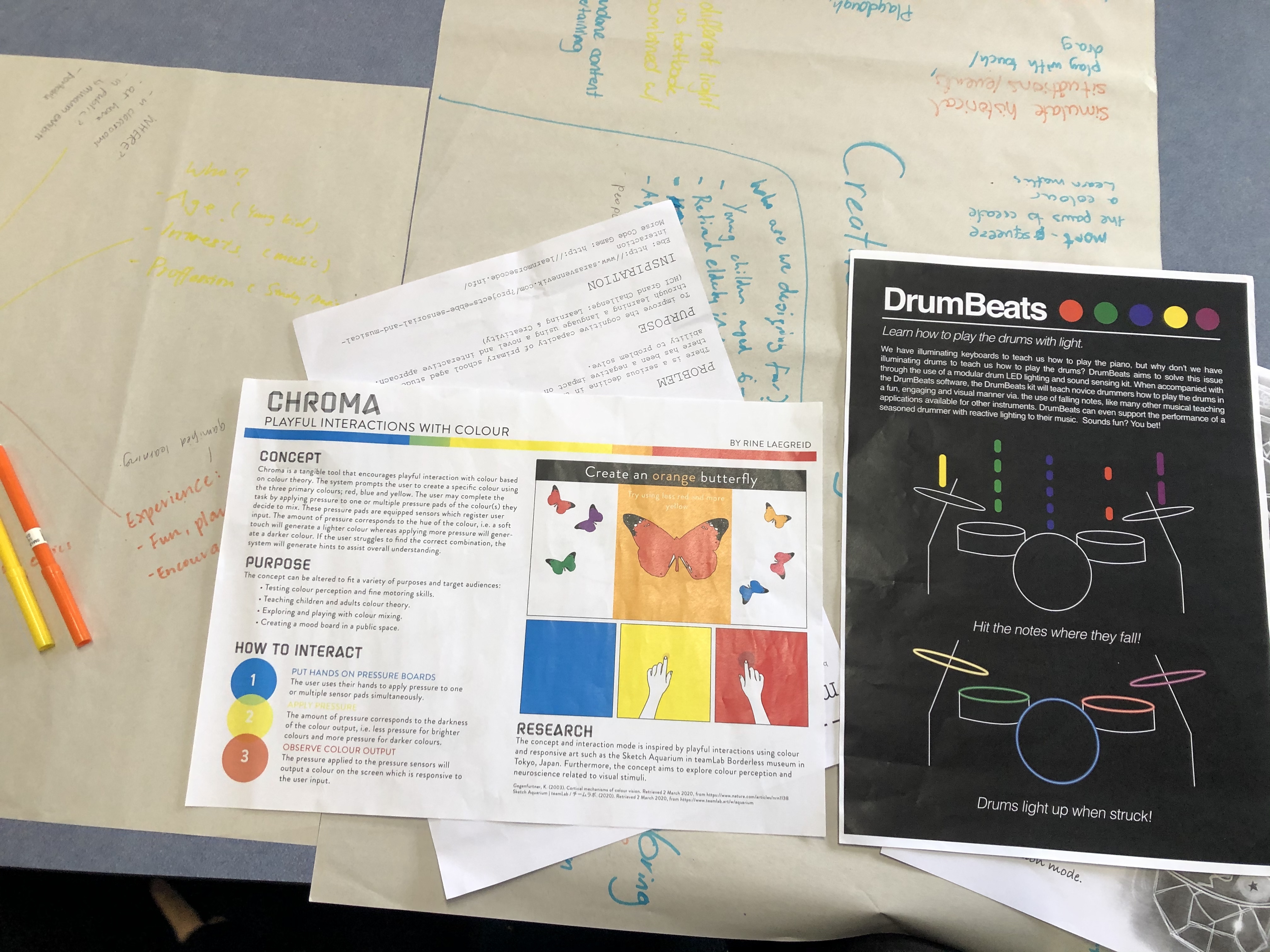 At first we brainstormed any possibilities for the topic of body as controller. The team members considered about what body part we can use as the controller, including hands, feet, arms, legs, eyes, voice, even the whole body. The team somehow prefer to get rid of making a device with too much wires which may effect the experience of interaction. We aim at making the sensor away from the body as far as possible, so it can achieve body as controller for real. The ideal condition is using camera and Kinect device to capture different motions of players. But we do worry about the technical implementation of this plan. We can also use Arduino kits to detect the physical input as the core of the concept is people's behaviours of interaction.

After coming up with few potential concepts we used concept maps to measure which concept meets the project brief the most. The conceptual idea of our team is a game that arms the player with some super power in the natural environment. When it comes to some natural disasters, the players can easily deal with them by simple motions like clapping hands or waving arms. After which the player will be told what it cost in reality. The meaning of the game is to develop the reverence of the nature.