On Tuesday's session, we had the World Cafe to find the theme that we are interested in. 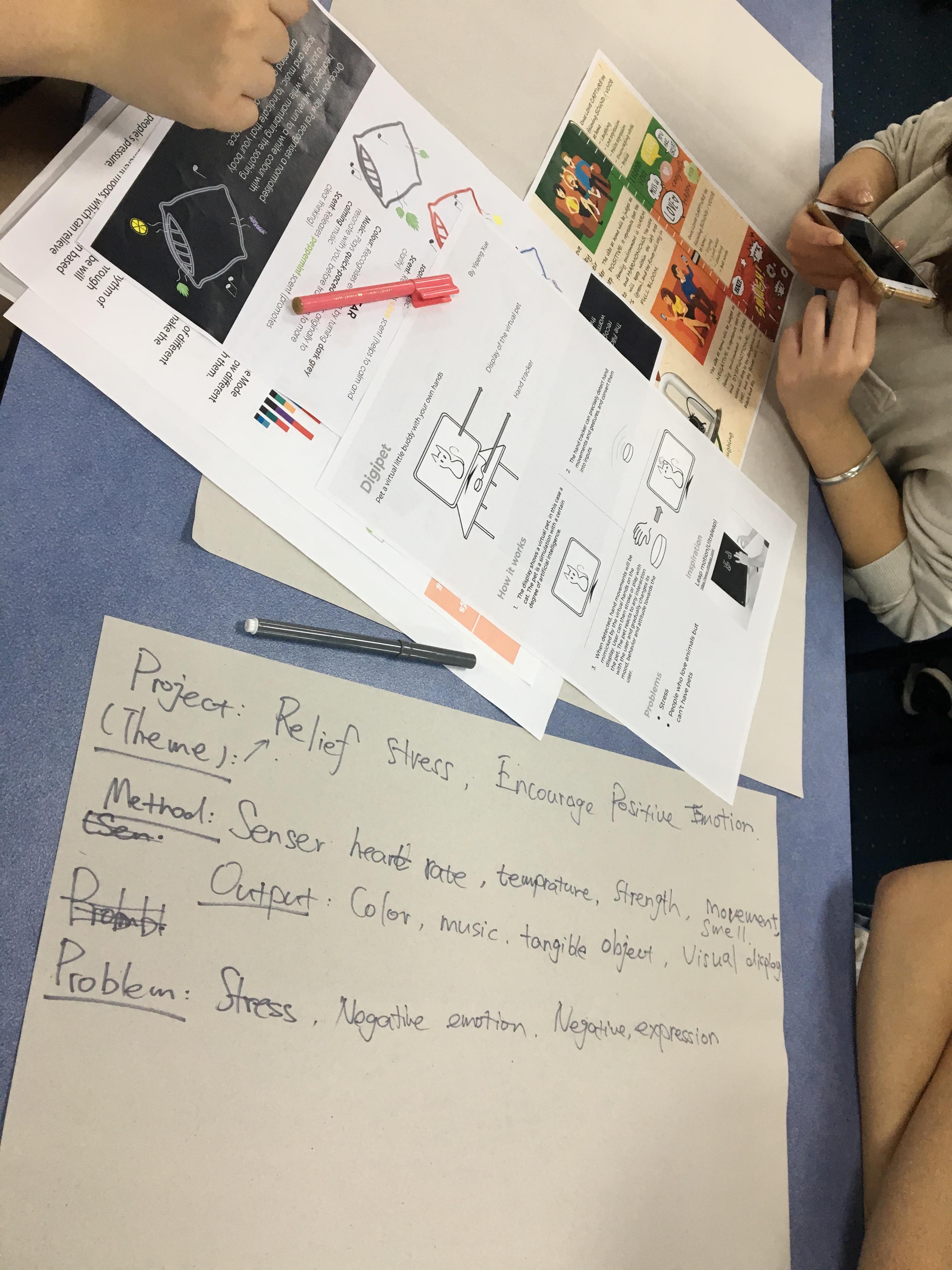 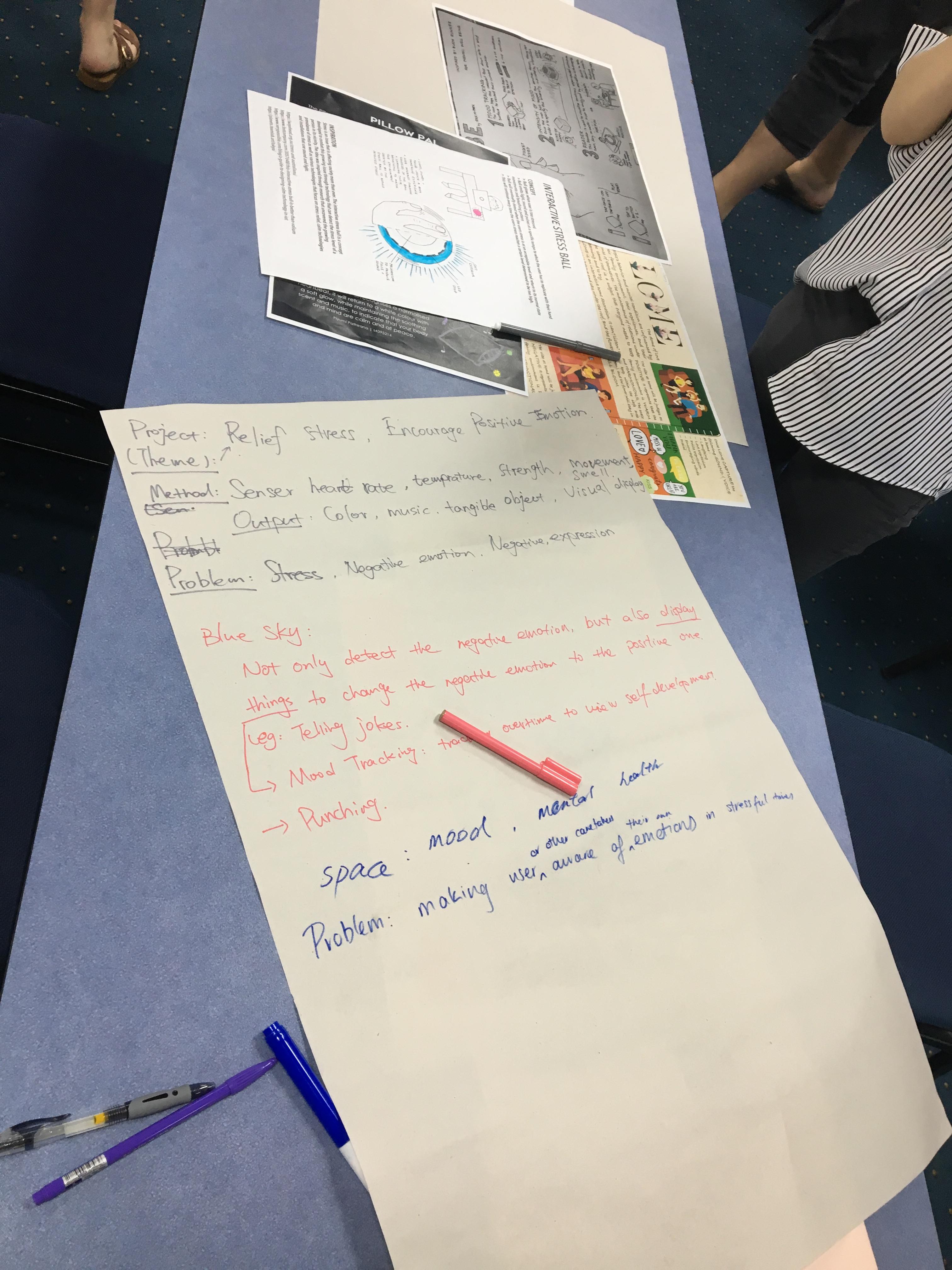 In the first round, I was in the Emotion Totems theme group and was the host as well. I was pretty impressed with this theme. We conclude all the ideas' main purposes which are relieving stress and encouraging positive emotion. In the second time of round 1, we kept thinking about what we can do more. Then we thought that we should not only ask people to just express positive emotion, but the problem is also that people may not realize that they have a negative mood, they just hide it subconsciously. In this case, we discussed that we can use the idea of "emotion tracking" to record people's emotions and let them realize that they are not in a good mood, then, recall some beautiful moments to encourage people to change their mood from negative to positive.

In the other two rounds, I went to know about some other themes: Beautify the Self, Enhanced mundane spaces, Musical things, Emotional intelligence and Guided movement. We also got some great ideas from some of the themes. Such as SKYSCRAPER, we discussed using that idea and separate people by different colors of lights in different areas. And if it's using in a whole city that will be really cool. 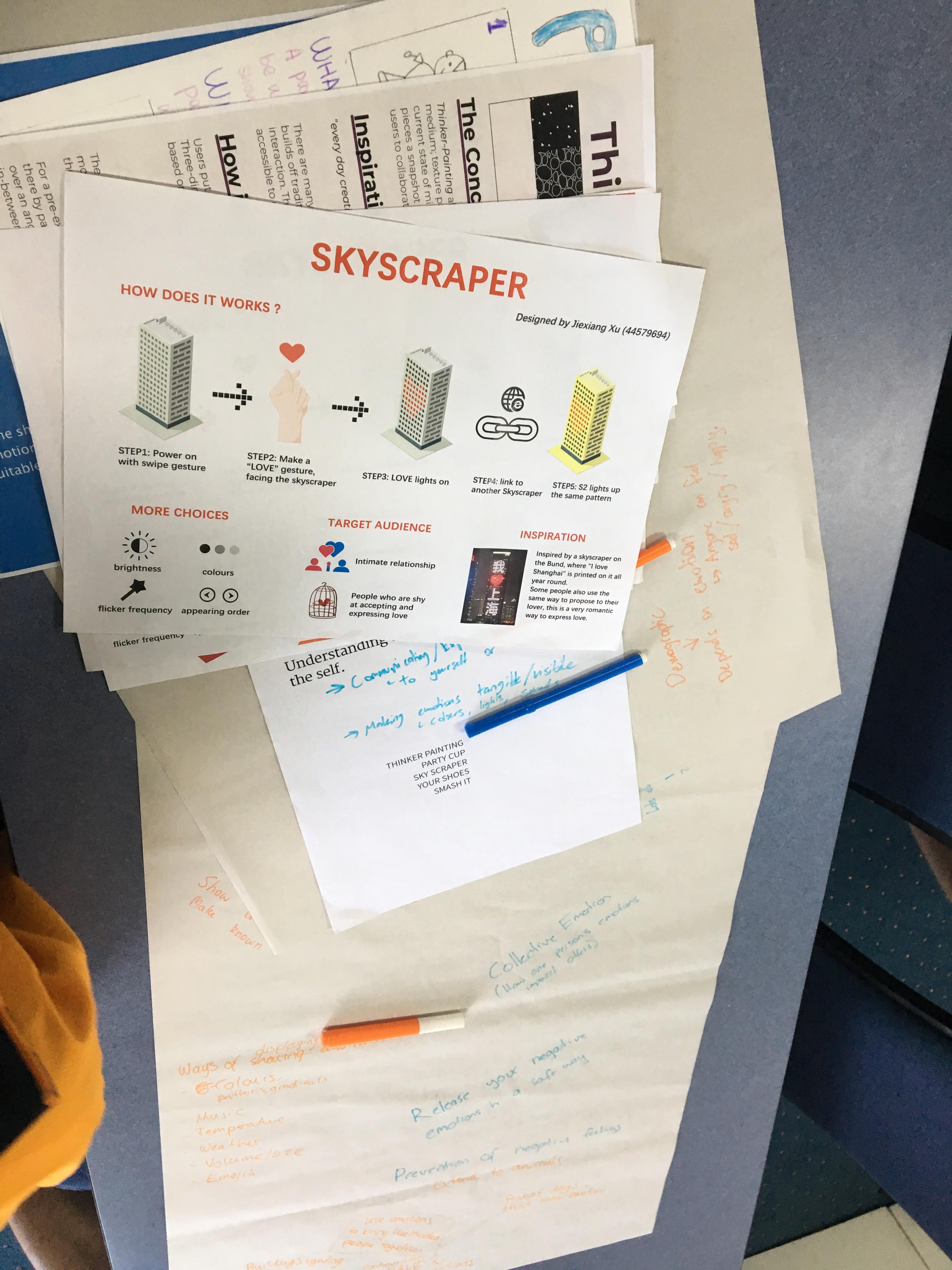 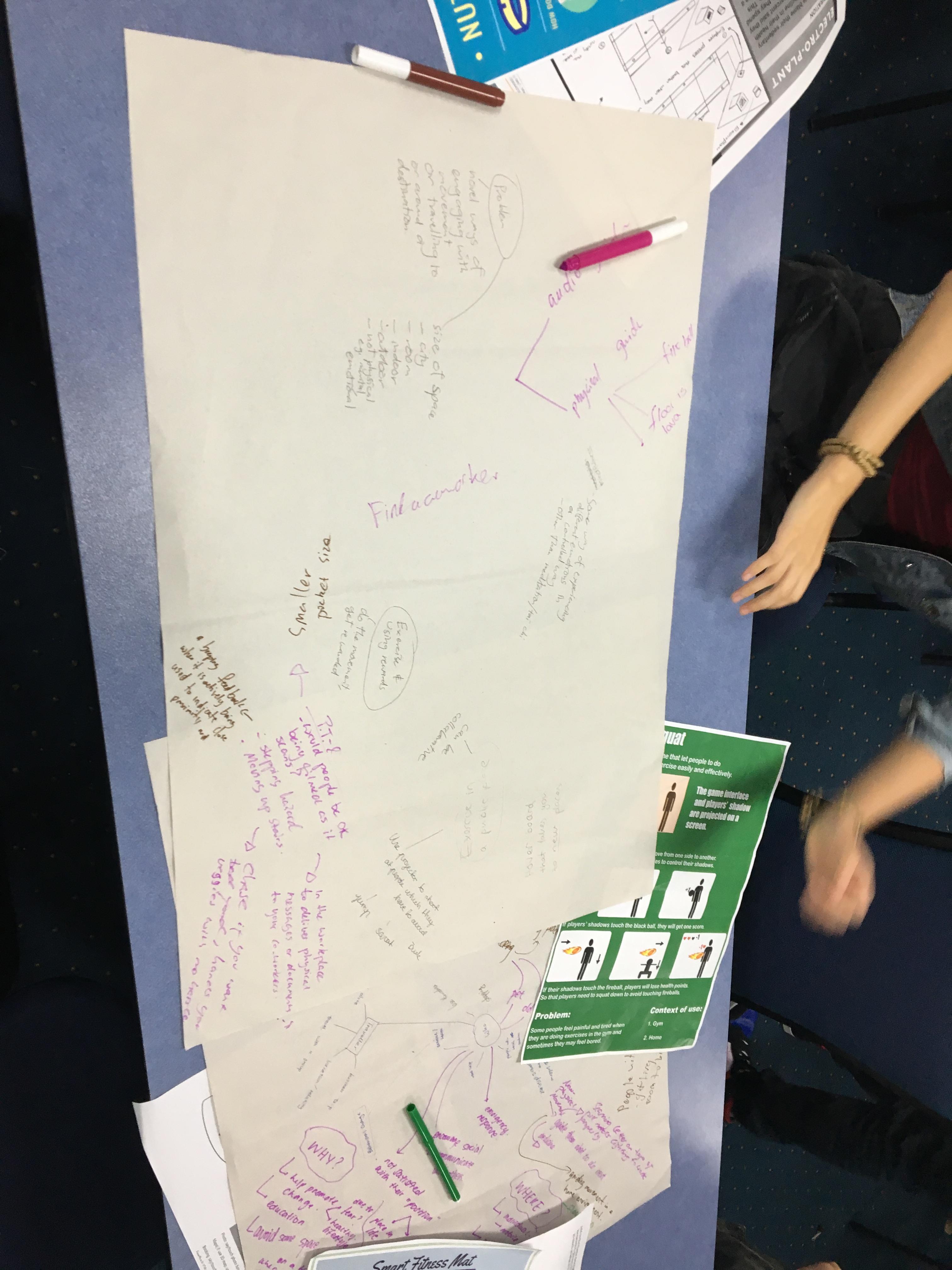 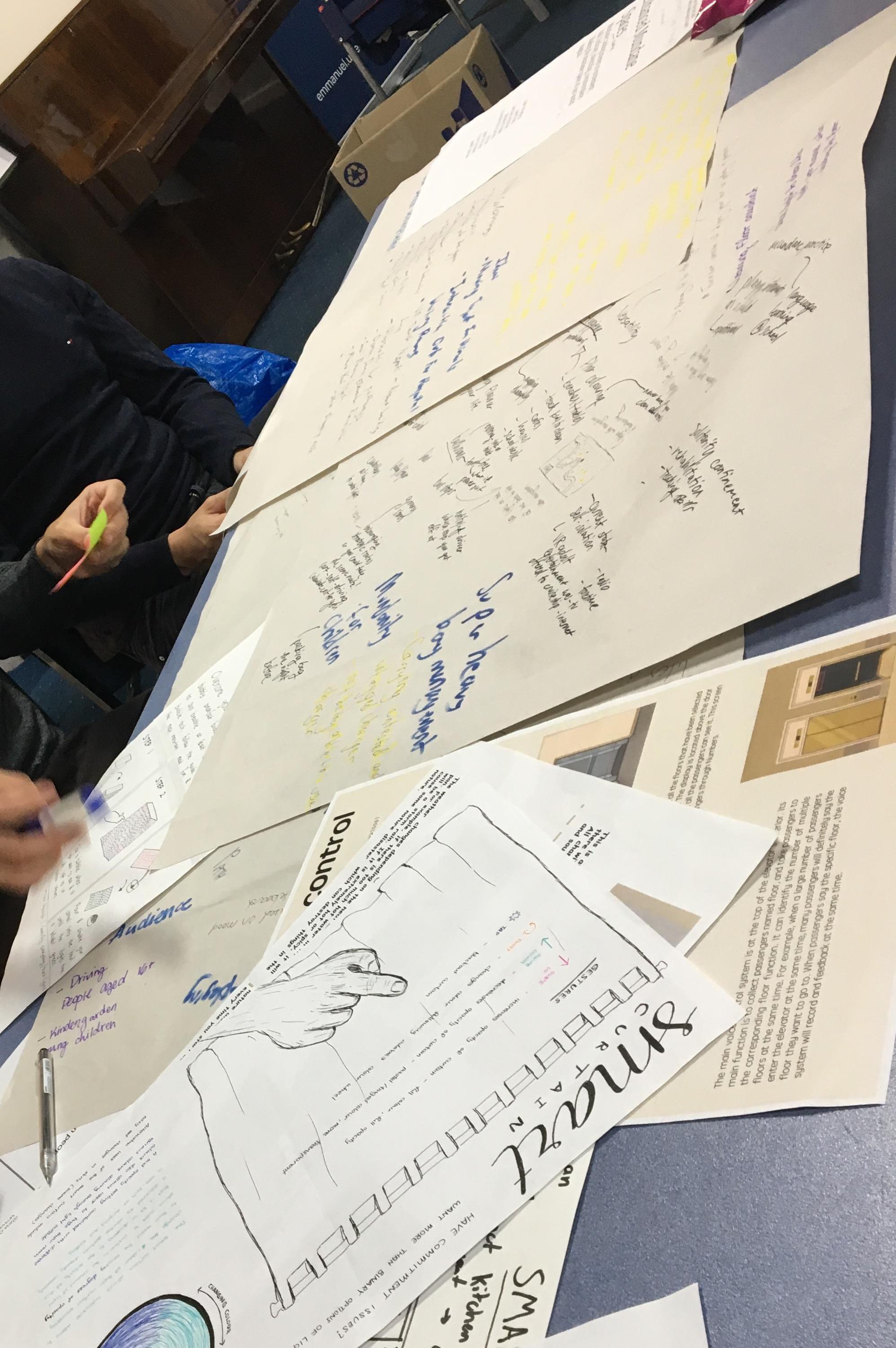 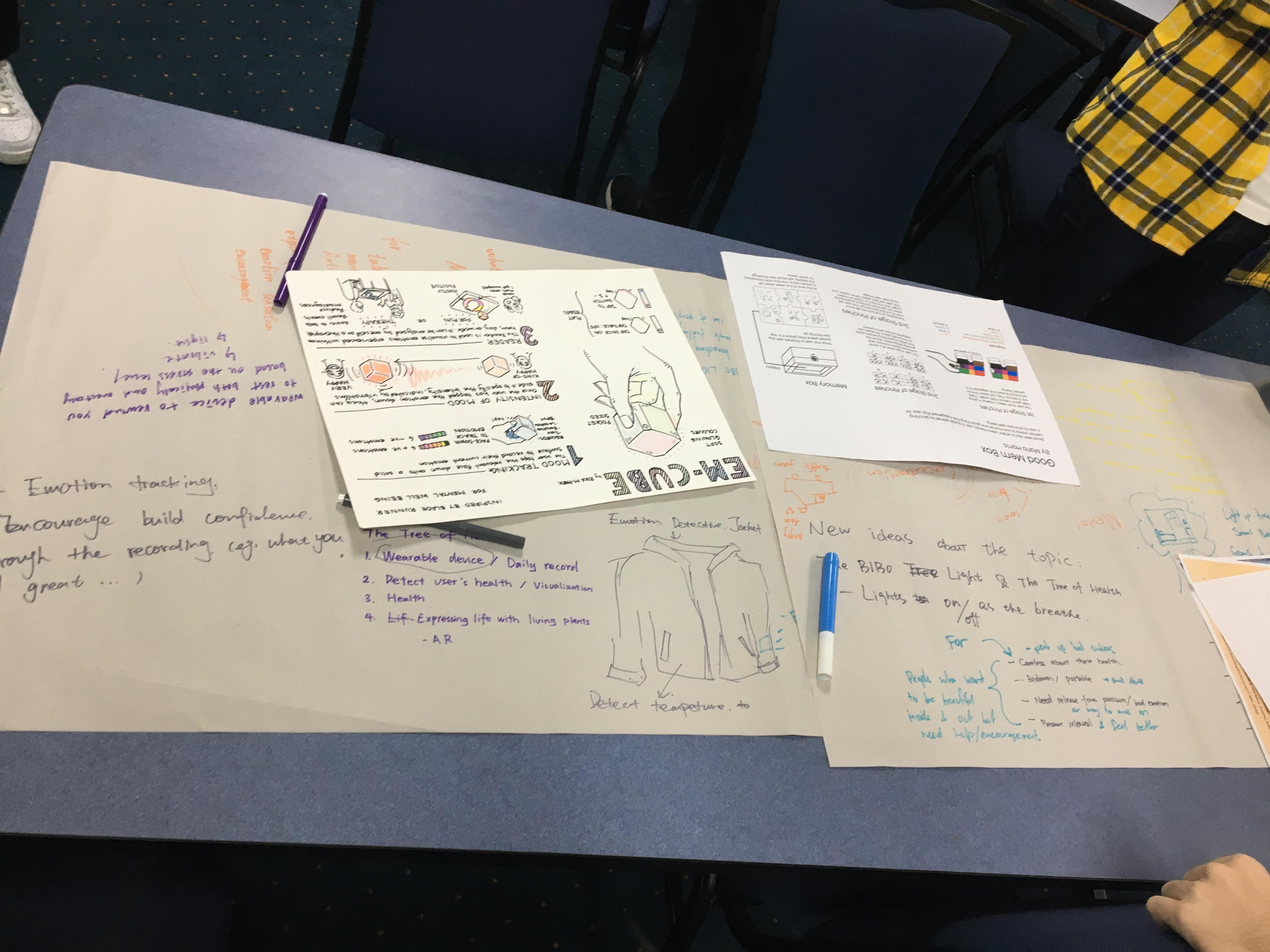