In today's class we went through looking at all the overarching themes that were generated in last weeks theme collection sessions. The world cafe scenario allowed us to explore different themes in three separate rounds. The themes I looked at were

Creative learning - In this theme as this was the first one we had to see what concepts we could generate from this. An idea that we cam up with was inspired by Michelle's "mort" idea in which instead of morse code, we could use it as a tool to teach simple maths in which you replace the letter with a number and the code symbols with mathematical operators i.e. + - etc. We also added that we could centre this around learning about a soft skill i.e. morse code as an example and make this creative. Below is the ideas we came up with for this 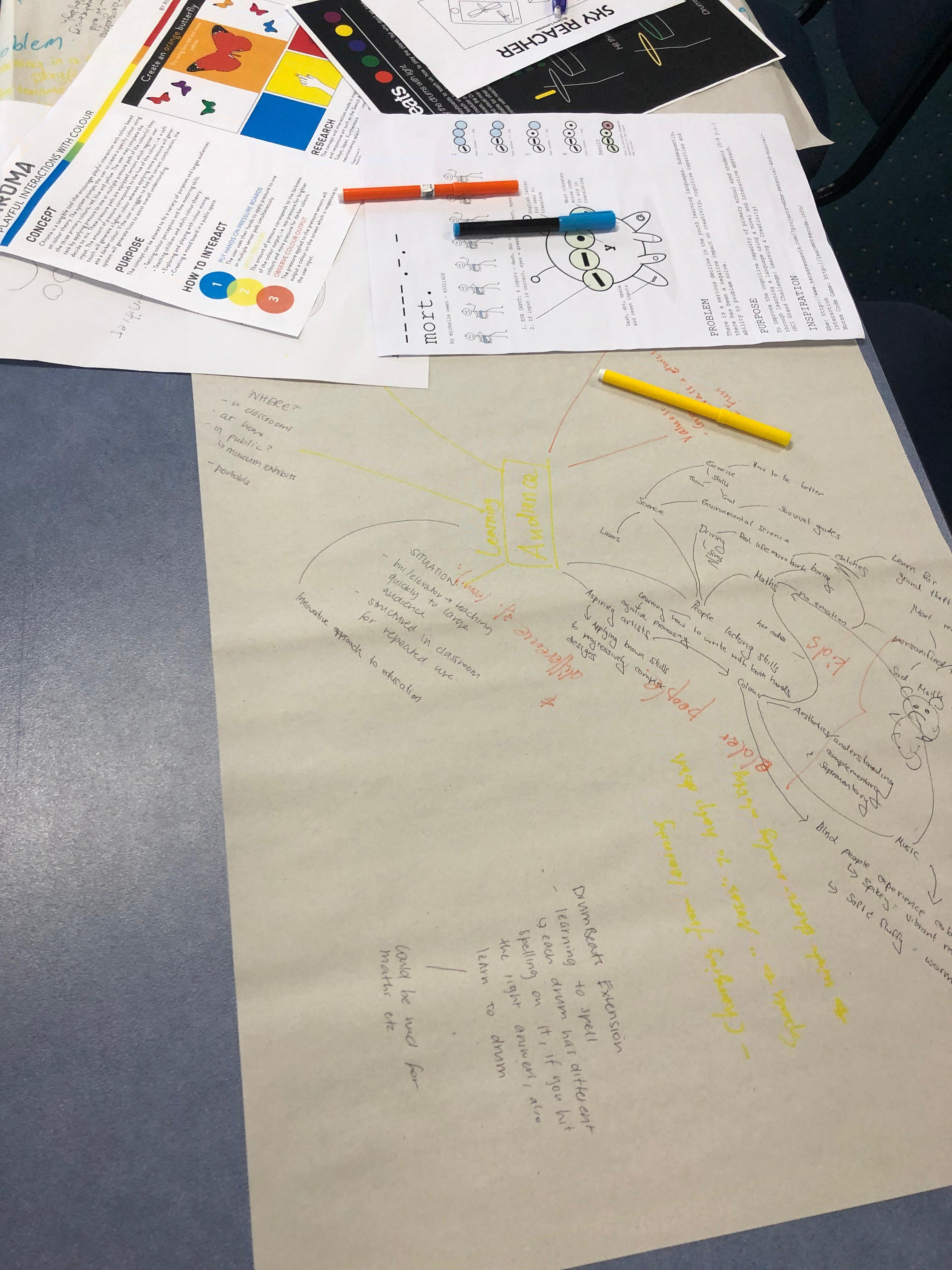 Ability centric interfaces - This theme explored trying to level the playing field in relation to people who are blind, deaf etc. The expected concepts generated tried to expose people who had these impairments but we decided to try and make the people who don't have these impairments to have an idea that anyone can interact with regardless. We came up with an interactive braile game in which you can learn braile by touch. Once again, this tied into the creative learning aspect also.

Technology with negative reinforcement - This theme tried to get people to maybe break a bad habit with negative reinforcement i.e. like my smoker baby concept. In this round we looked at the audience that could be targeted in these concepts and it was obviously people with bad habits. I came up with a concept relating to narcissism in which people stand in front of a mirror but don't look as good.

Making mundane activities exciting - this theme looked into making mundane activities and try to make them more interesting. This round we looked into trying to add more concepts and refine these also. Some ideas that came about were a mystery box fridge that like in Masterchef when you open the fridge, ingredients come out that you need to cook with as some people don't like to cook.

From these I hope to persue into a project that can make a learning experience that is mundane to learn and try to make it interesting.