Right, we have a direction we can go in, - "We're designing a to train young volunteers at a homeless shelter to cook"

We also have a visual list of tools that would be useful to train people for - a knife, soup ladle, meat tenderizer, frying pan and grater 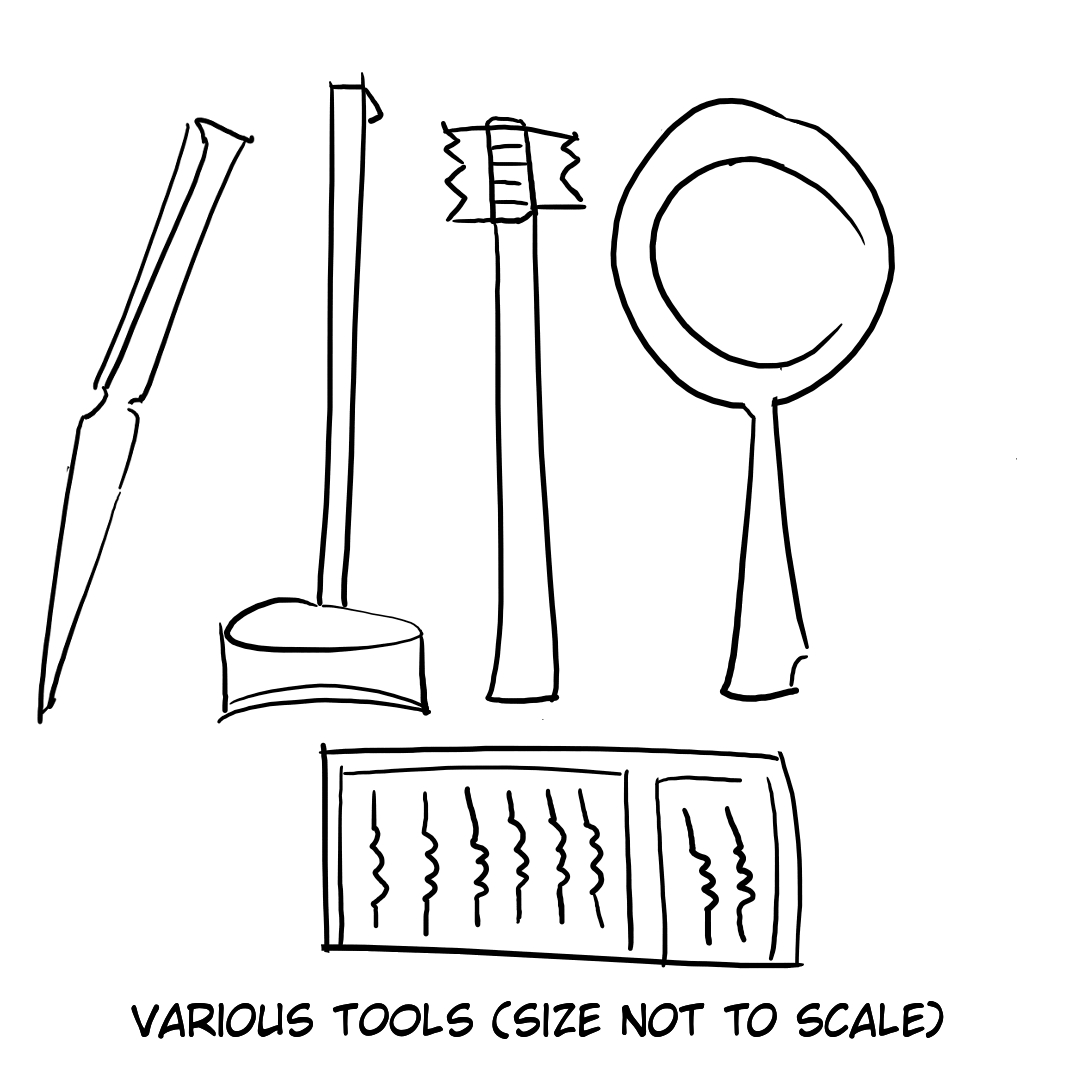 Next, we need something we can train people to do.... or perhaps not do?

Not a definitive set of them, but trying to recall some common accidents and issues I've seen or heard about first time volunteers having when they've used these

The grater is the tool I've heard (or seen) the least amount of issues with... so perhaps its not something that really needs someone to be trained to use it... but with the kitchen knife, ladle, tenderizer and frying pan, their misuse either has the potential to damage the tool (or workspace), or cause hurt to themselves, making me more inclined to want to complete something that counteracts that.