Now that we're aware of some common mistakes, I've written down a bunch of thoughts and restrictions that might help me arrive at a more substantial refinement later.

A Potential Solution from Unexpected Inspiration

Until now, a lot of the thoughts I had were from just the context of modifying a existing kitchen tool into doing something strange - but looking at the common mistakes, I realised... a bunch of them have to do with the tool being held being improperly balanced or held, or having their weight shift, and then not being able to respond in time to prevent injury or damage to the tool.

From there, while looking back at notes I've been making for a personal project, I recalled a tool that did just that... a policemans expandable baton. When fully extended, it's weight isnt just concentrated in the rounded grip at the bottom, but distributed over its length (because not all the material is in one place). I believe his is what allows those batons to be swung when extended, but not as easily when compressed.

Additionally, before going for a run, while warming up, I realised - you warm up before exercise - so maybe there's a way to warm up before cooking? Some way to ensure that you know what kind of mistakes to anticipate and expect when cooking?

Finally, the useless box. A device that refuses to allow a switch to be stay turned on, and progressively gets more stubborn and resists this, by opening a "hatch" on the device to release a creature that turns off the device.

The Basic Idea for What Happens Next

So, here's what I envision the refinement will be... I still imagine it'll be useful for volunteers, but instead of teaching them clear cut scenarios where they just practice how to use the regular tool...

They'll follow through the process through some instructions, holding a weighted baton.

At random point, parts of the baton quickly extend outwards, shifting the weight distribution through the tool, and simulating the tool slipping, getting loose or just falling. This can be mitigated if the baton is gripped correctly. 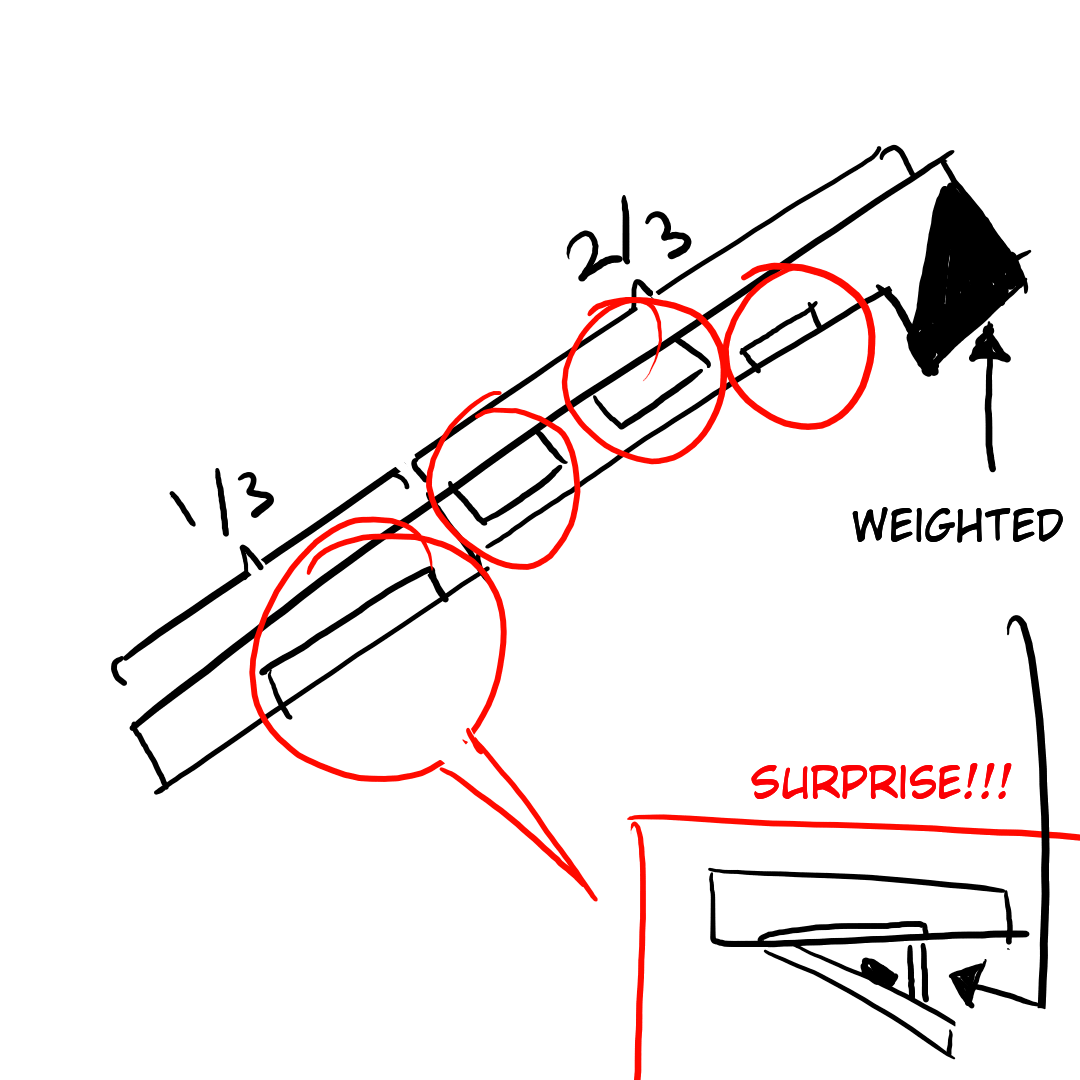 Before heading to the kitchen, a new volunteer has to pass the "baton test" to make sure they're aware of how to handle the tools, or at the very least, know of the common accidents that happen while cooking.

Two thirds of the batons length are at the front end, meaning shifts there (as would be seen on the ends of regular tool) are more noticeable than shifts on the handle of the baton, which is where they should have a good enough grip to mitigate movements anyway