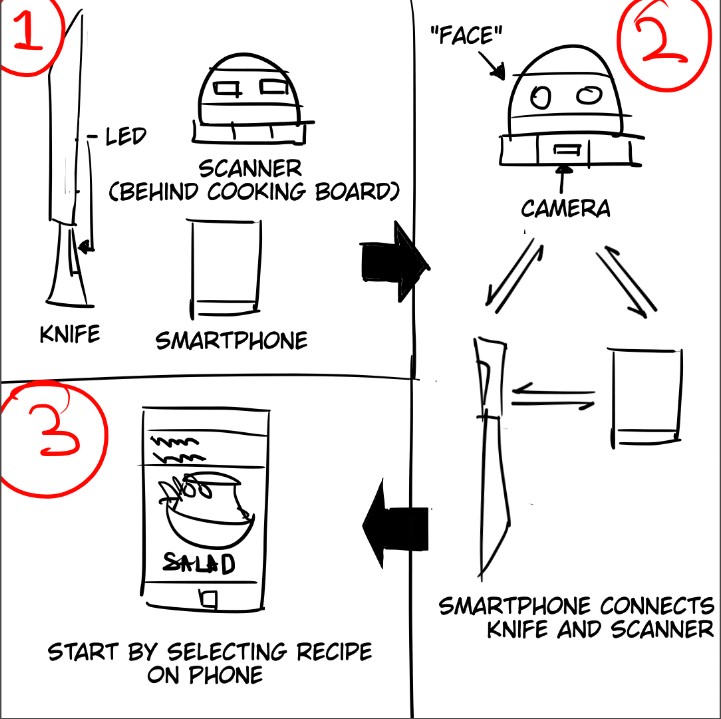 A social robot that consists of a knife, app and "scanner" for use in the kitchen, to improve your cooking skills. An increasing amount of people have trouble learning to cook the later it is that they start[1], and this idea intends to be an intervention into that space. 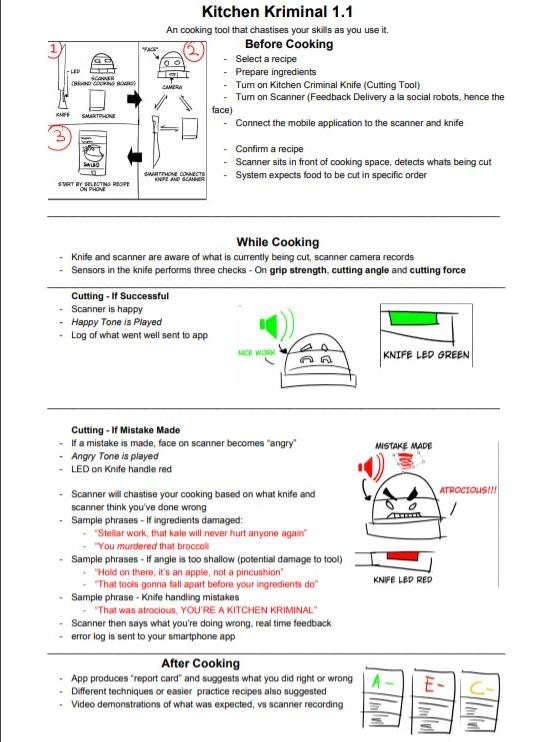 Select your recipe, then simply go through it step-by-step until the meal is complete. As you progress through cutting things apart to use for cooking, an LED indicator on the knife, and the "face" (and speaker) on the scanner indicate if you're "doing it right". 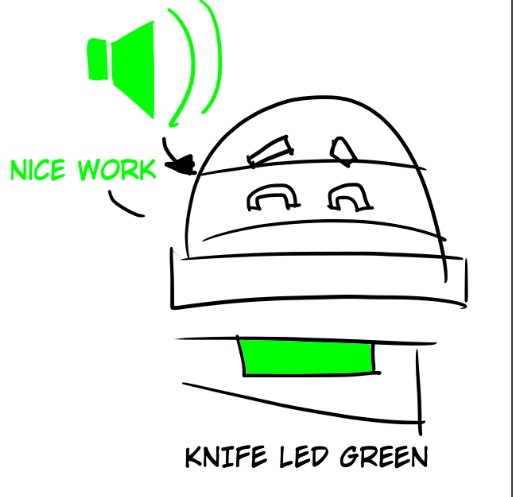 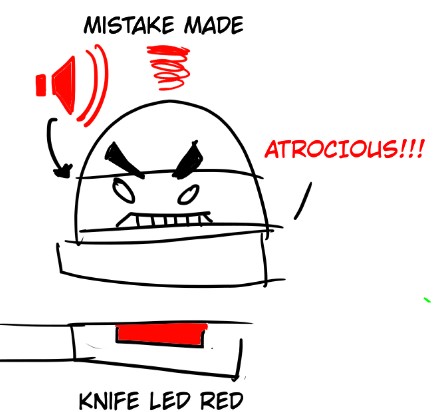 The scanner and knife sensors record your actions. Afterward, you review what you've done against what was expected of you, on your smartphone. This pushes the cook to consider what they can improve on the next time they work on the same meal.

This concept focuses only on the aspect of cooking using the knife correctly (for now), and because there's a variety of ingredients one might cut, it wont be a single use tool, unlike the initial concept.

When previously volunteering at a homeless shelter, a common issue is that older volunteers need to teach new ones how to cook. This led me to the thought - surely there's apps and tools already developed to do just this?

Cooking Mama is a game game that teaches one how to cook. However, it only teaches the steps to take, and doesn't improve your physical dexterity and safety awareness with cooking tools.

Previously I stated the idea of "smart cooking tools doing everything for you" being something I wanted to avoid, I've found an example of one here. Sure, the Kuvings blender makes it extremely easy to cook and disassemble materials... but there's no room to make a mistake or chances to fail... it just feels like the blender replaces you.

At the same time, Peeqo inspired the scanner, with the idea of a small device that watches you and has reactions that can change how you act... it sasses you essentially.

With Rekaptured, the idea is that you go on cooking as you always have, and there's additions to your process that don't overwhelm you - and the opportunity for you to mess up your meal. You're collaborating with the tool to complete a somewhat complex task.

Initially the concept revolved around the knife talking to you. But cooking environments can be loud and chaotic, it was important that feedback had both a visual and audio indicator (angry and happy tones on scanner), and, that if there was talking, it could be ignored while cooking.

Feedback also needed to be able to be revisited later. In this case, if a mistake is made, the scanner and knife react, so the cook knows to check the app later to see what went wrong, and can reflect.

[1] (Background reading on learning to cook)