This week we heard the pitch sharing of the classmates. I have to say that such a long version of sharing will be a bit difficult to catch-up all of them. But I still heard a few interesting ideas from the pitch.

I think Musician is a very interesting idea. It’s a very interesting idea to express the audio visually and then interact with it. I think we can go deeper and make it more exciting. Secret Handshake Lock is also a very interesting idea, although It’s a bit creepy, but in a good way. I just think it’s cool, because it’s something I have never thought of. Shadow Band also makes me feel very interesting. It sounds like a fun game, but I also hope it can have more physical feedback. Surprisingly, many people are interested in smart homes, but I think this direction is a bit too realistic. I prefer crazy ideas. I thought that more people would come up with games since there are a less boundary in this field and can give full play to imagination. But not many people actually choose to make games.

After the pitch, we also carried out theming. The most of themes seem to be very clear. As mentioned before, many people are focusing on mental health, smart home and music, which makes theming not so difficult. 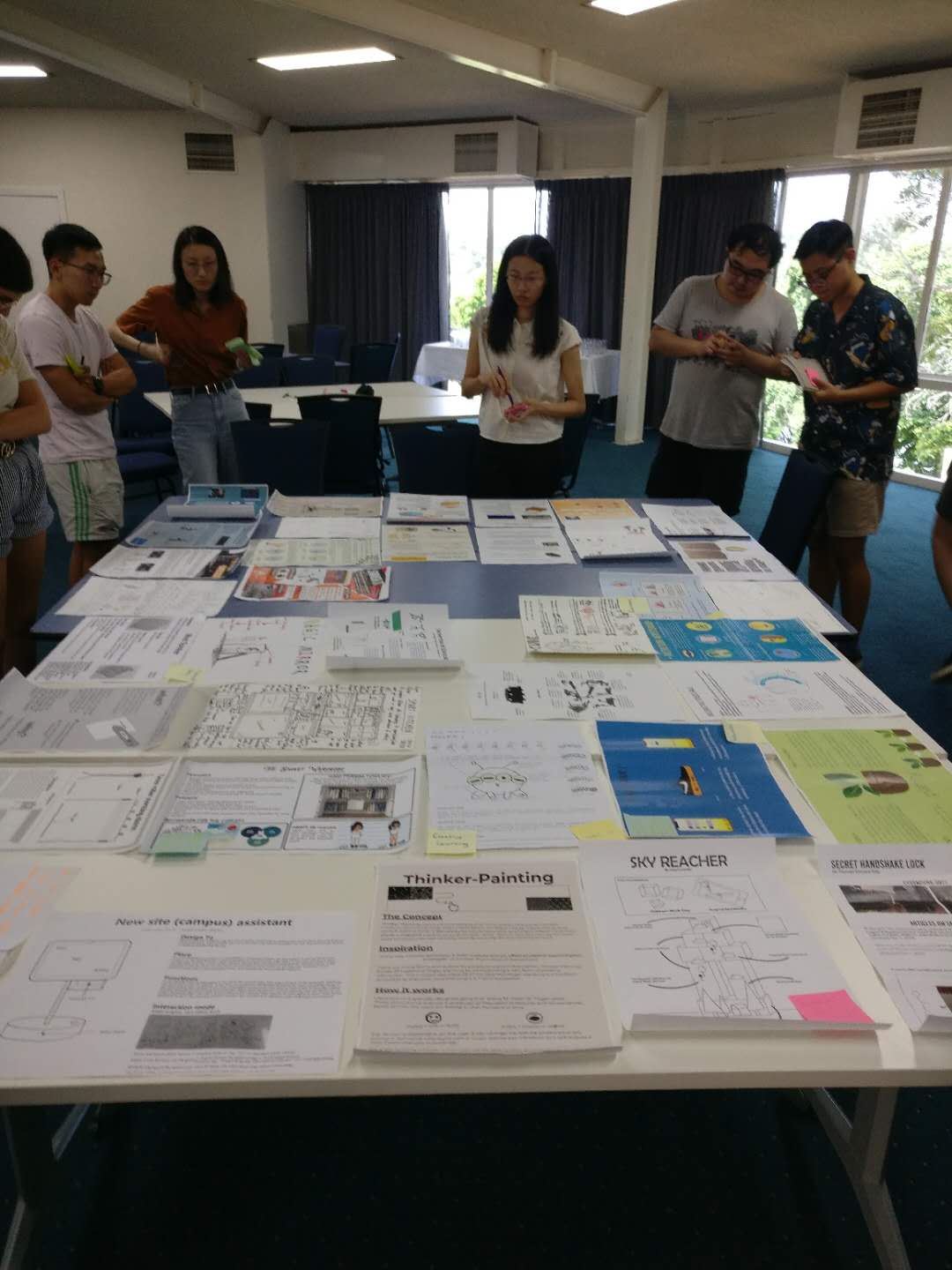 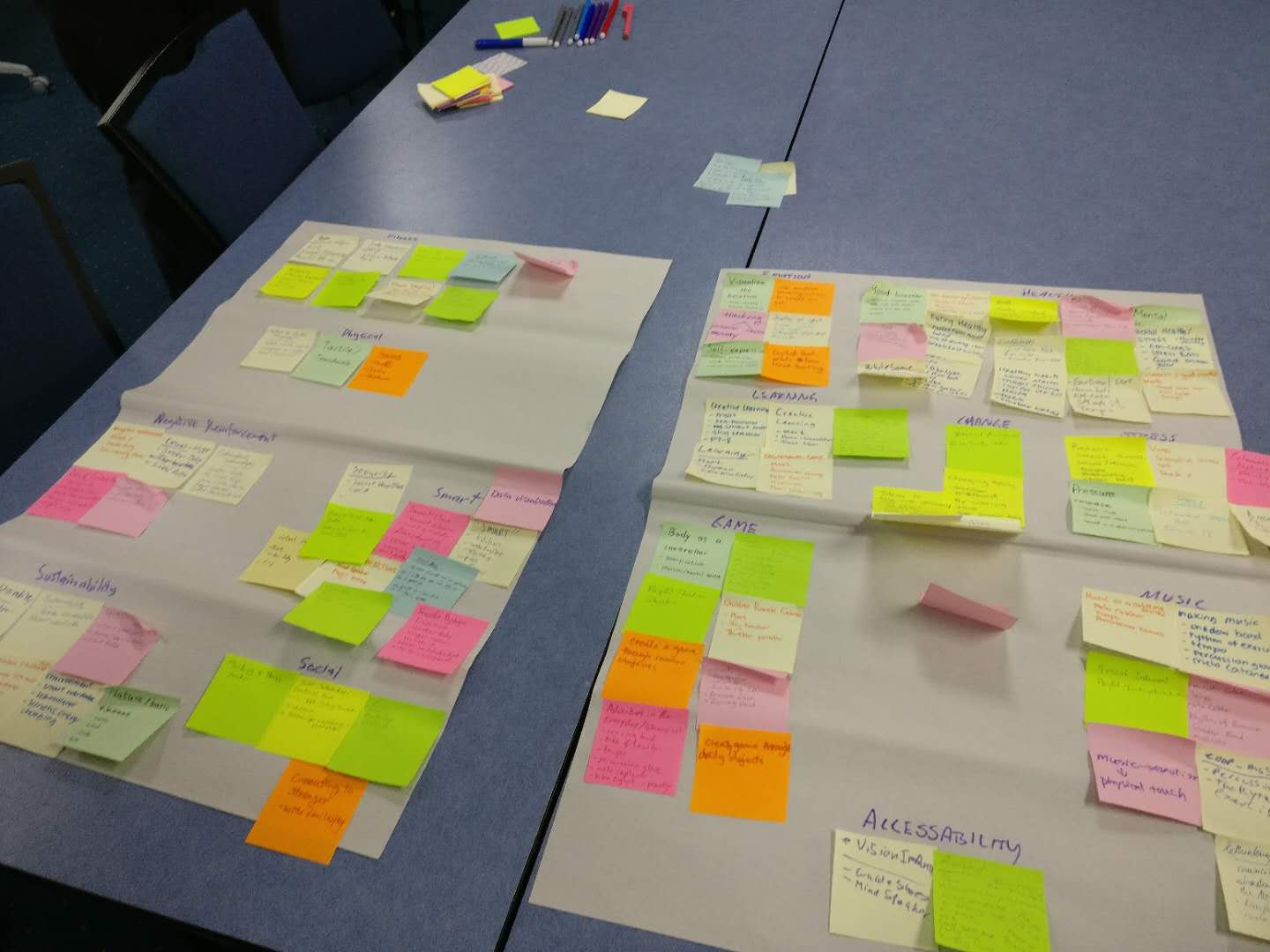 Then I also reviewed peers’ comments on Running Hand. I’m glad that many people can agree with me, especially the part about physical feedback. Although this is something I thought of suddenly when I was playing my hand in the air, I think it’s It really improves interaction.

Alison came up with the idea of a Player vs Player match. I think it's very cool, and in fact it would be cooler if we could add something like defence or skills. And this idea just matches the other comment

“Think about the collaborative way for group of people to play the game together.”

Thinking about how to let people to people interaction through computer is also fascinating.

I am already looking forward to the next week's world cafe that will allow us to come up with better ideas and start teaming up.