The first session was the World Cafe, where we were presented the themes for the project based on the previous week's presentations, and spent time in groups discussing and exploring the themes further. Afterwards, we indicated which themes we were interested in working in for the rest of the project.

I generally enjoyed the World Cafe session, and I particularly liked getting to spend time with a lot of different people and hearing a lot of different viewpoints, but it was a bit confusing and frustrating at times. Because it was such an open-ended discussion prompt, it was sometimes difficult to focus the discussion on new areas and explore the theme beyond what had already been done. For example, I found that in some groups, people were very focused on building on the concepts from Week 2 that were presented as part of that theme, whereas I was more interested in looking at areas not covered by the concepts, and new ways of interpreting and looking at the theme.

Also, because of the structure and time constraints of the session, we all really only got to experience at most 5 or 6 themes, and when it came time to put our preferences out, I skipped over some themes simply because I didn't really know anything about them. It would have been nice to get some more time to explore more of the themes on offer. 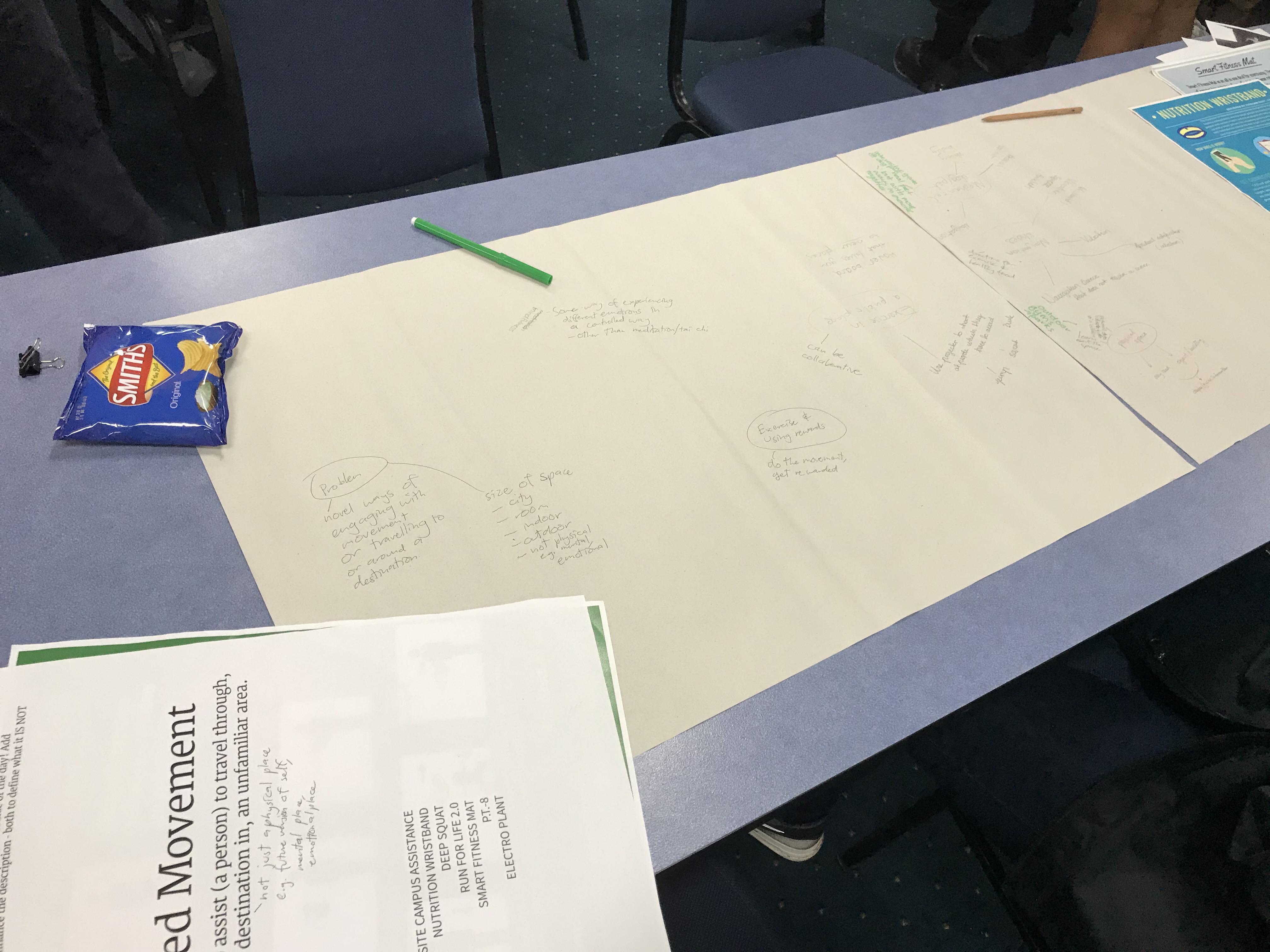 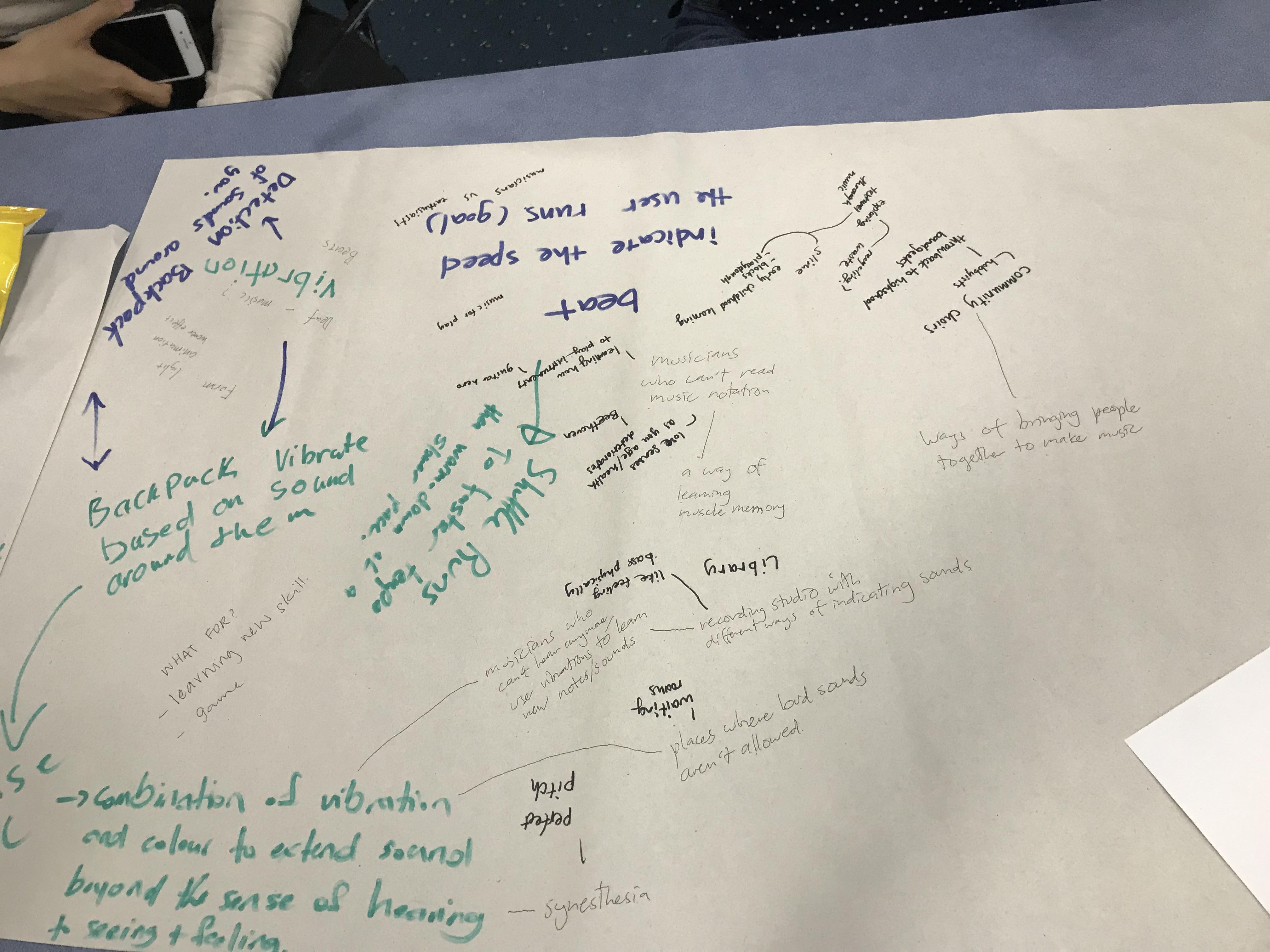 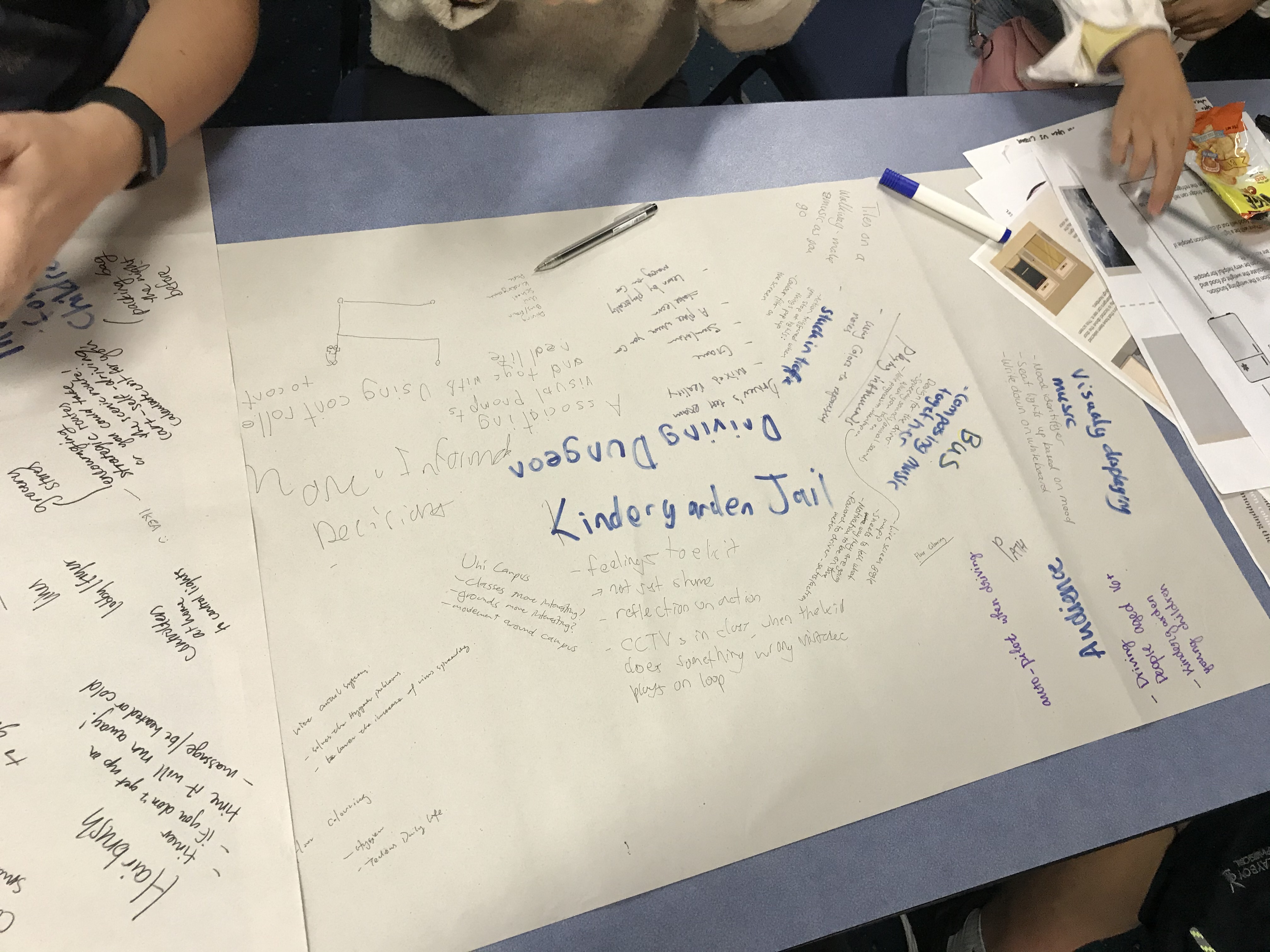 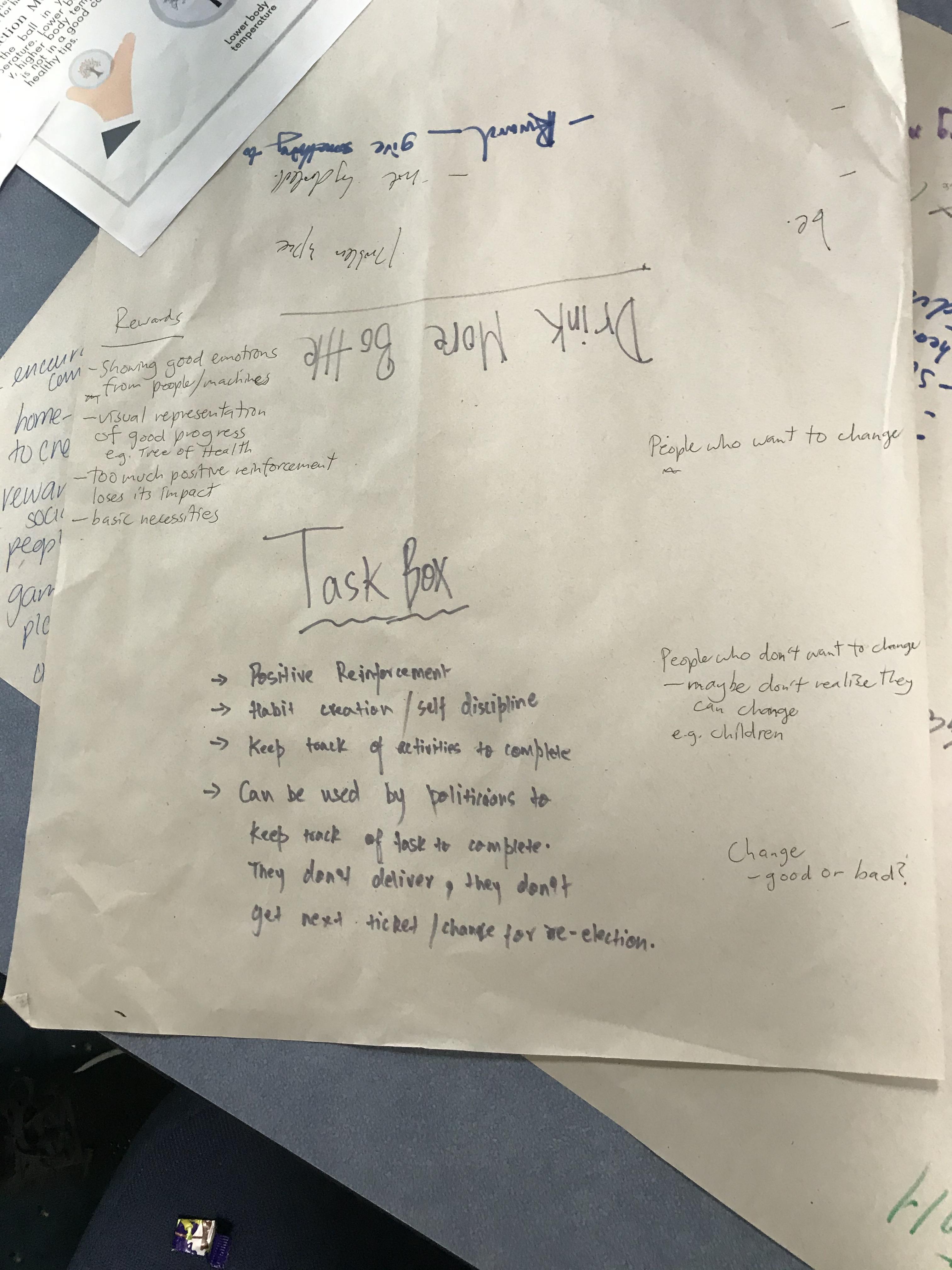 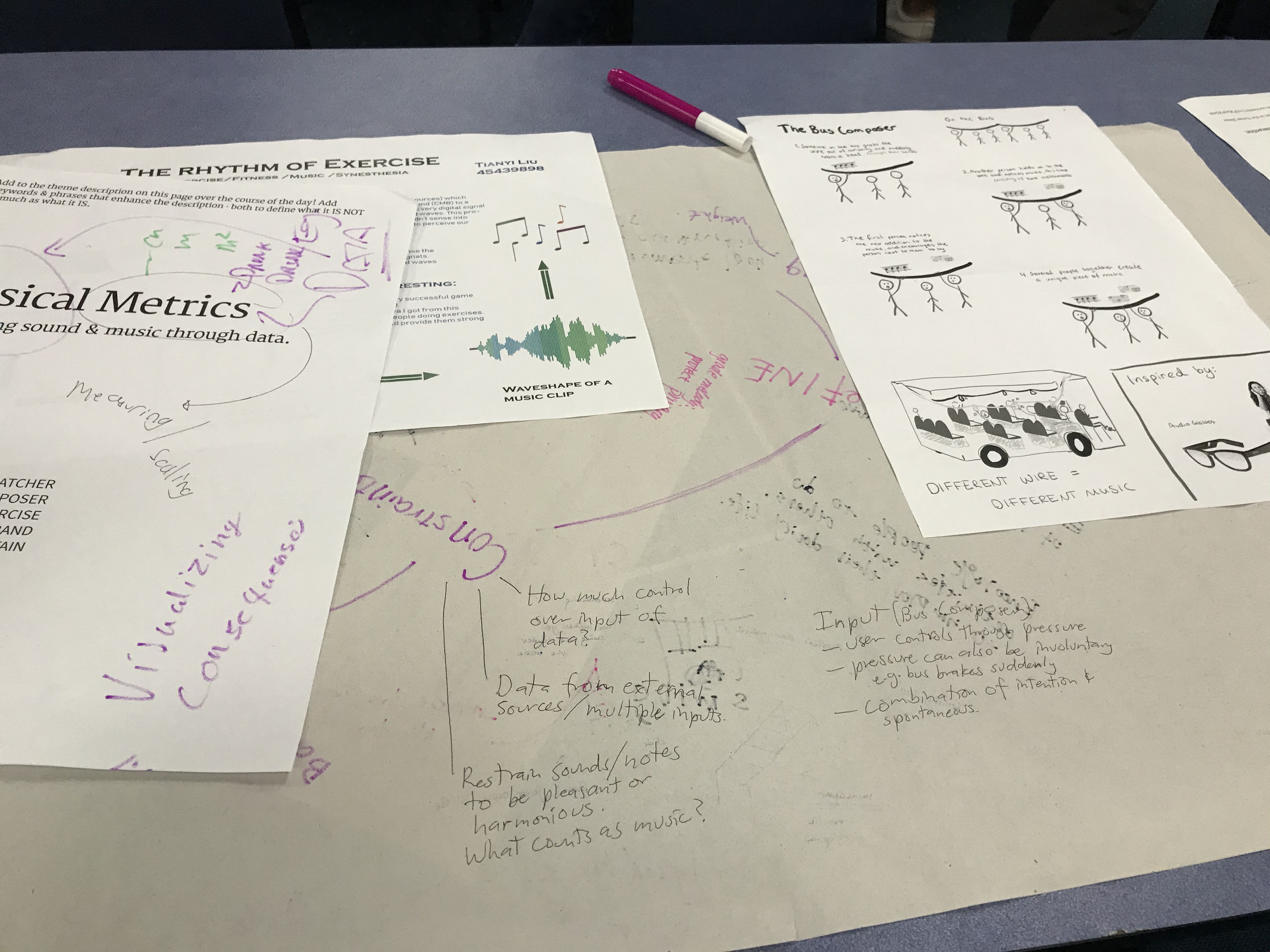 In session 2 I was most nervous about finding out teams and who I would be working with for the rest of the semester. I was pretty happy that I got my first choice of theme, 'Musical Things', and I'm also pretty happy with my team. We are the only team of 5 in the studio, which worries me a little as there may be higher expectations around the amount of work we should be able to do because we have an extra person. I know 2 of my team quite well already, and the other 2 seem quiet and shy but willing to put in the effort, so I feel confident we will work well.

We spent our time in the session deciding on a more concrete concept to work on within the theme. We are the only team working in our theme, so we didn't have any restrictions or worries about overlap, but that almost made it more difficult to choose. We decided to focus on turning everyday objects into musical instruments, with the aim of engaging users who aren't necessarily musical themselves, to give them the experience of making music. We ran out of time in the session, so we posed 3 questions that we would each consider individually, then meet up in a group call later on the weekend to brainstorm and finalise our concept for presentation.

The three questions were: 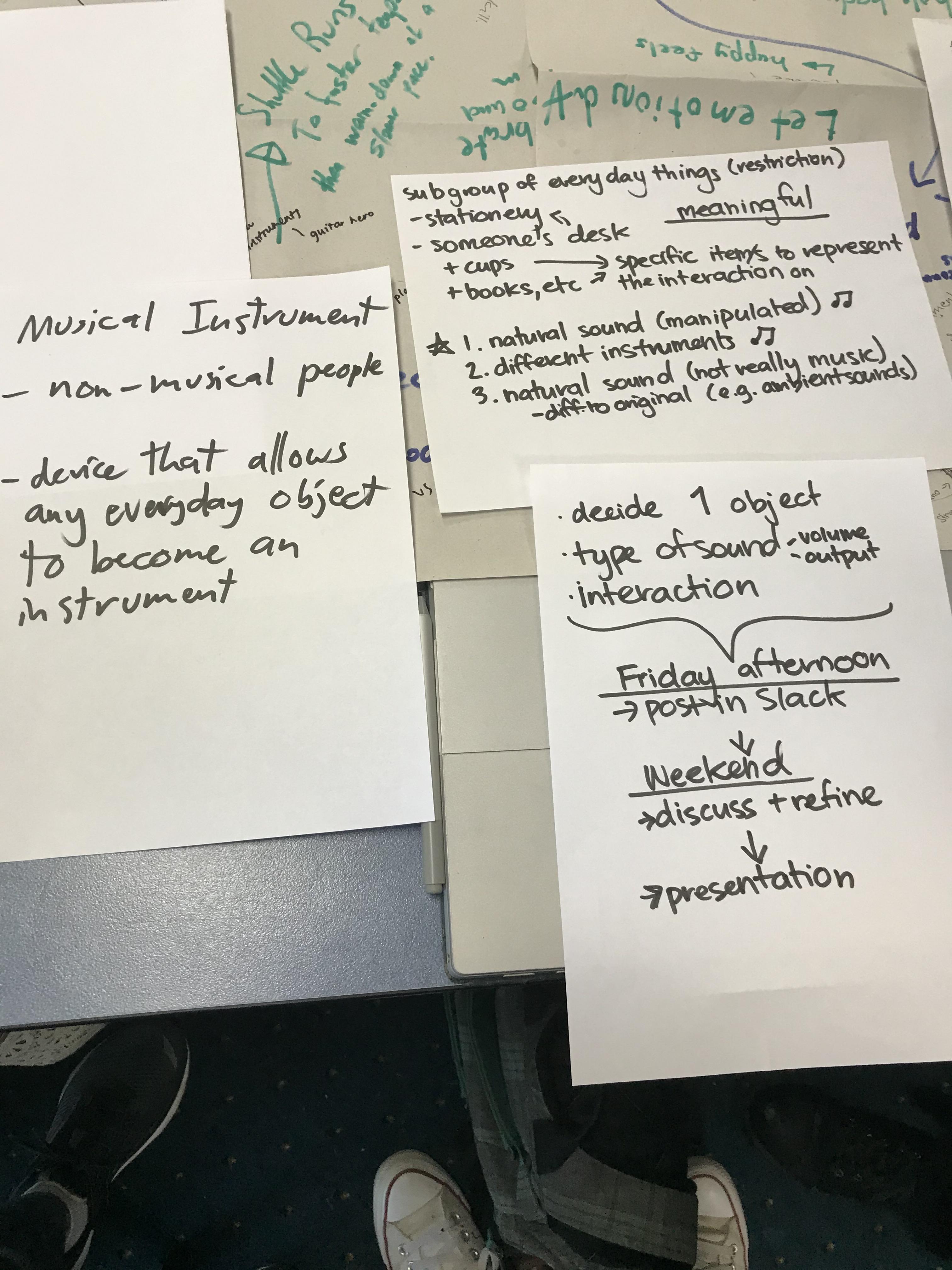