In the Tuesday session, the majority of the time was spent participating in World Café. Three sessions were conducted.

In the first session, the theme that I was a part of was Music Metrics. The team focussed on understanding the theme and finding communities with the different projects, such as the project being in a public space where multiple users can use it at once, how music was being displayed and what data was being inputted or used. No solid ideas were created due to it being the first part of the round. In the next part, I was the host. For the first few minutes, I summarised what took place in our discussions, then encouraged the other people in the team to discuss their thoughts about the idea, questions or what they had discussed in the idea.

The second round, themes that were explored were Emotion Totem, Emotional Intelligence and Change through discomfort. In this round, the focus was on the audience and the situation that the concept will be used in. For emotion totem, one of the ideas I came up with, based on other people’s ideas, was to create a product for parents, allowing them to know what emotions their child is feeling when they are at school. The purpose of this was to keep parents informed about their child’s wellbeing and if they are having negative experiences at school, or if they are enjoying or having a normal day. Other ideas were to have a product that helps show emotions to people who aren’t good at reading body language. Another idea that the team came up with was to have something similar to an emotion diary where a person keeps track of their emotions throughout the day, week, month, year or longer and they can know what occurred when they were feeling a particular emotion.

The themes that were looked at in the third round was Sassy Tech and Altered Landscapes. The third round was where we were expected to refine the ideas of others. This was particularly difficult for Sassy Tech as we had no host, and from what we could see, no ideas were given other than the posters. As a team, we discussed how each poster fit within the theme, such as having a personality because it shows emotion and being sassy because of the way it cheekily communicated to the user. One idea that some of the team members came up with was to expand on the poster with the hand lock door, where a user has to unlock the door by shaking the hand. They refined this by having the users remember different secret handshakes to enter. One constraint that was discussed with this idea was the location. For example, it couldn’t be a door that had a lot of traffic or a place where people needed to enter quickly, like a hospital. Other refinements were to have the door say cheeky comments. This theme was one of the ones I did not want to do as I wasn’t inspired and able to come with ideas as I did with other themes. 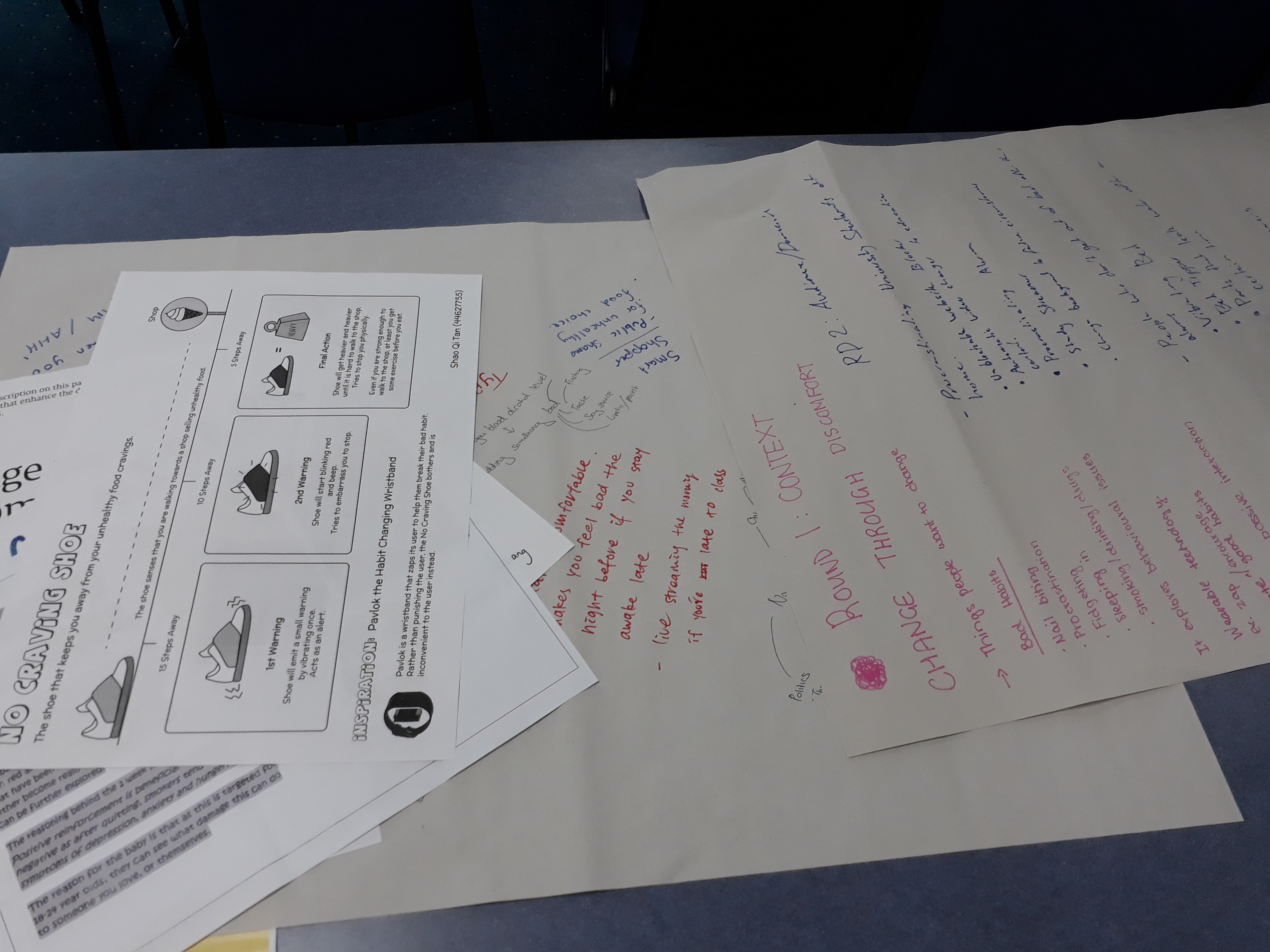 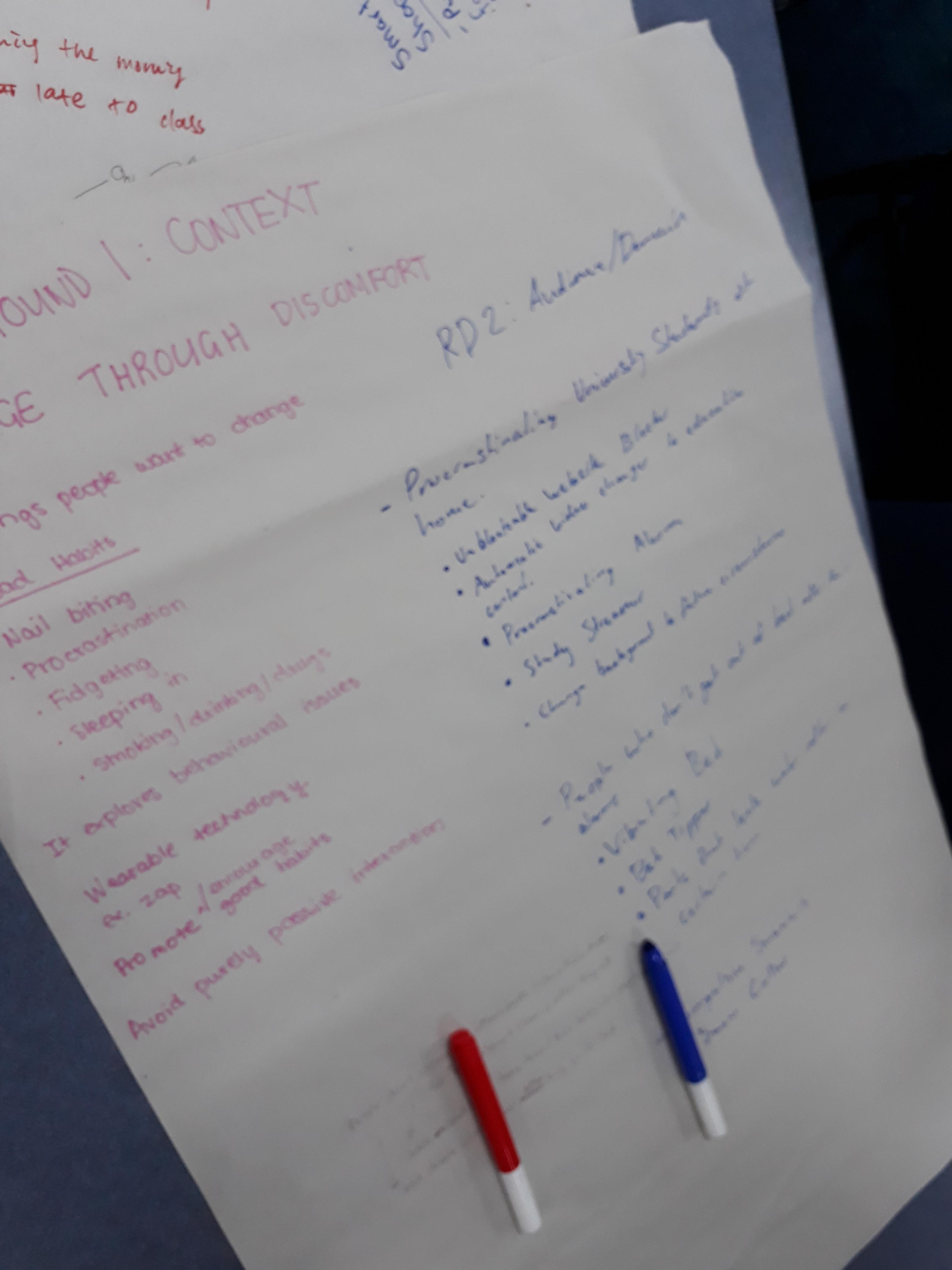 The last was Altered Landscapes, I was on this table twice, and was the host for the last part of the round. One idea that I came up with, that was inspired by the poster, allowed users to perceive the room the way toys would have if they were alive, like in toy story. This was an interesting concept and a way that I refined it was to have a small model of the room and have a doll or toy be the controller where you manipulate to walk around the room through the VR. This theme, however, wasn’t something I was particularly interested in exploring as I couldn’t think of other novel ways to create a product that wouldn’t use VR or AR, as these were not something I wanted to use because I would be worried that it wouldn’t provide enough physical interaction every day. 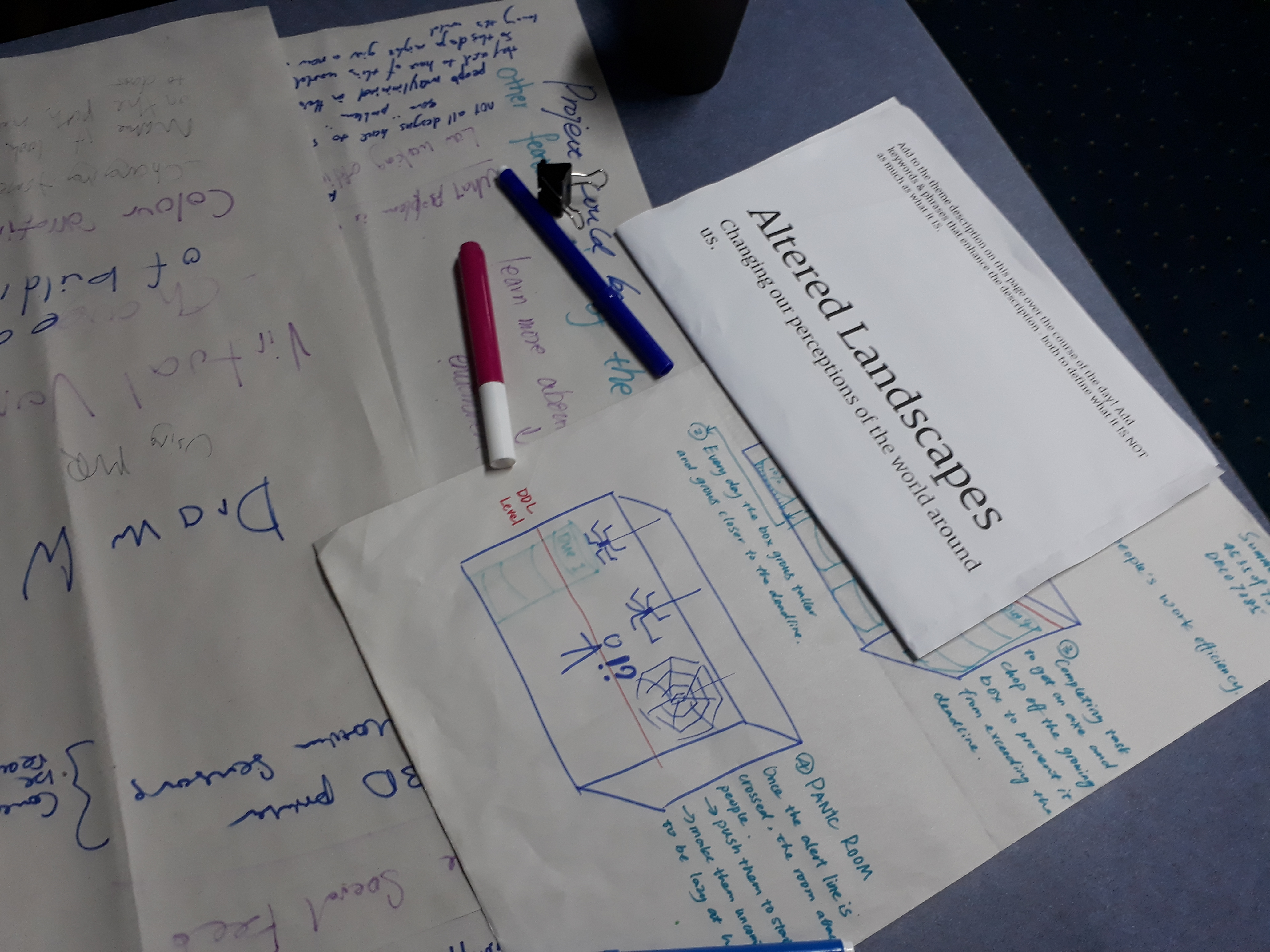 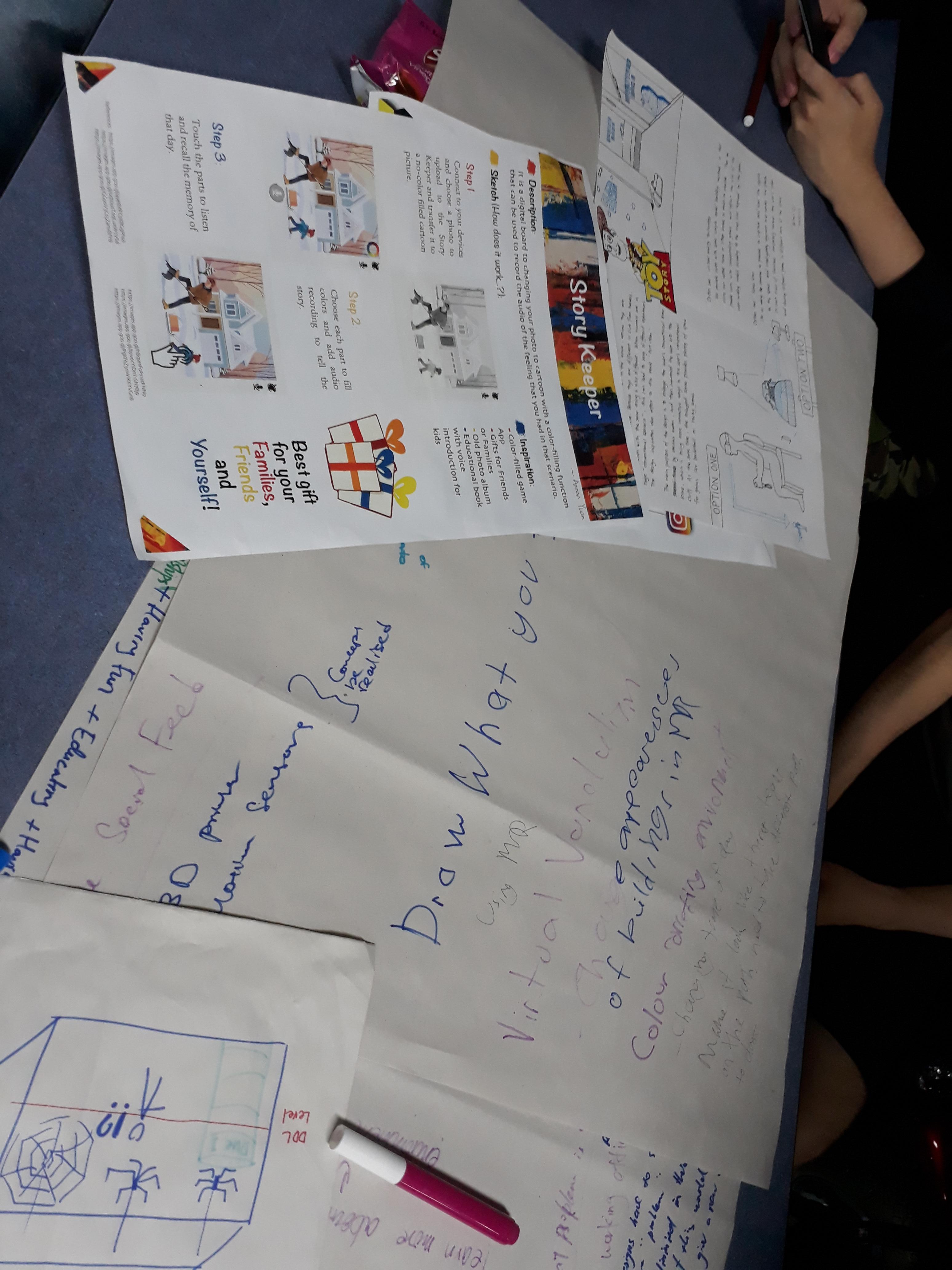 The last part of the contact was to choose three themes that you wanted to work on. The three that I chose was emotion totem, emotional intelligence and change through positive reinforcement. They are the ones I thought I could help come up with an interesting and exciting product.